Two friends and I drove into Chicago to see the White Sox play the Tigers in a double-header. A business associate got the tickets for us and met us at the park. He’d arranged for us to eat supper in the Stadium Club in right field inside the park.

We went up to the Stadium Club. The dining room wasn’t open yet, so we went up another floor to the bar and spent a half hour drinking pop and eating cheese puffs.

When it was almost game time, we went down to our table in the second row up from the windows. I had my back to the infield so I had no idea what was happening on the field. I could see the scoreboard, so when I wanted to know what was happening, I looked there. The food wasn’t exceptionally good, but it wasn’t bad either. The final bill came to $140.00. It was fun to be there, but I certainly wouldn’t spend my own money to go.

We left the Stadium Club in the seventh inning of the first game and walked around inside the park. We watched the final inning from the walkway behind the left field bleachers. The White Sox won 4-3. I didn’t score the game. 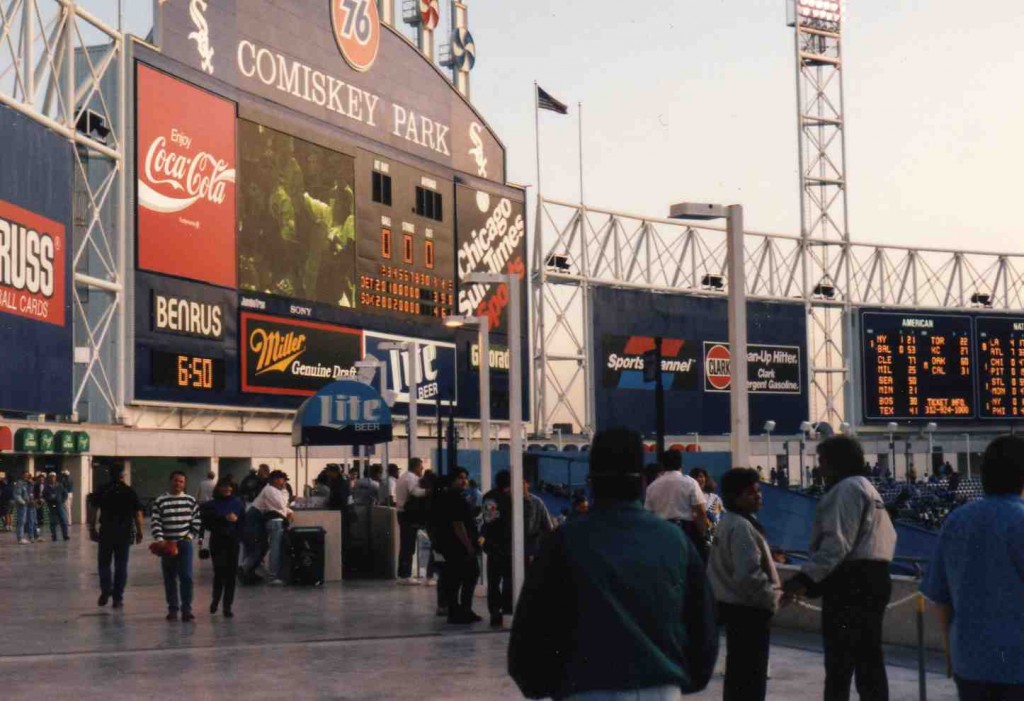 For the second game, we had seats down the first base line just beyond the tarp. The White Sox won this game too, also by the score of 4-3.

You can see the Stadium Club in this photo. It’s the large picture window behind the right-field foul pole. 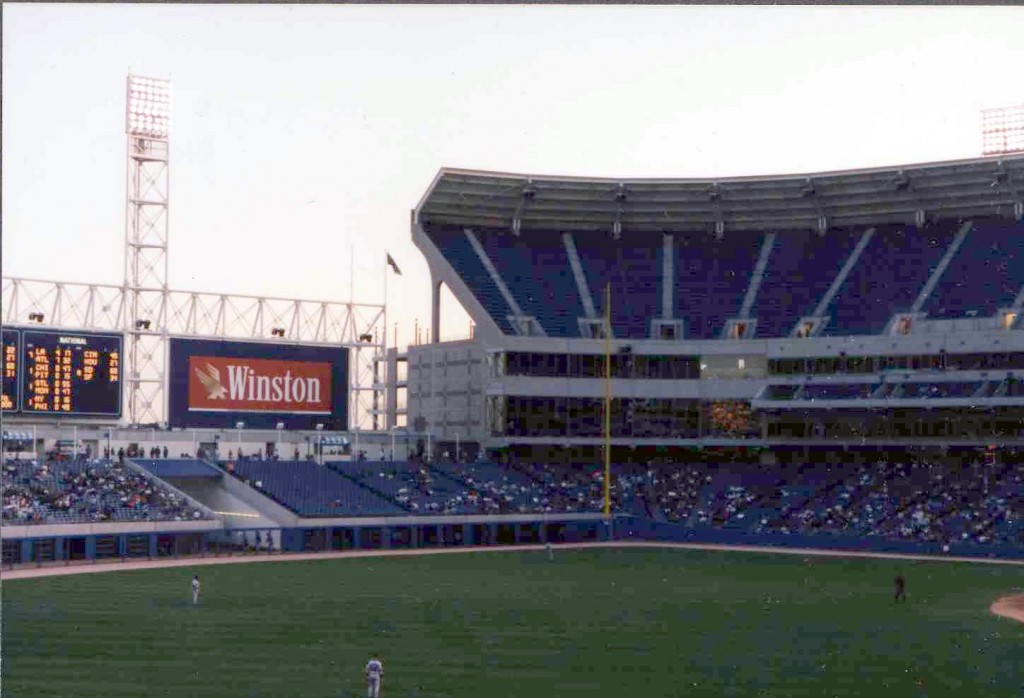 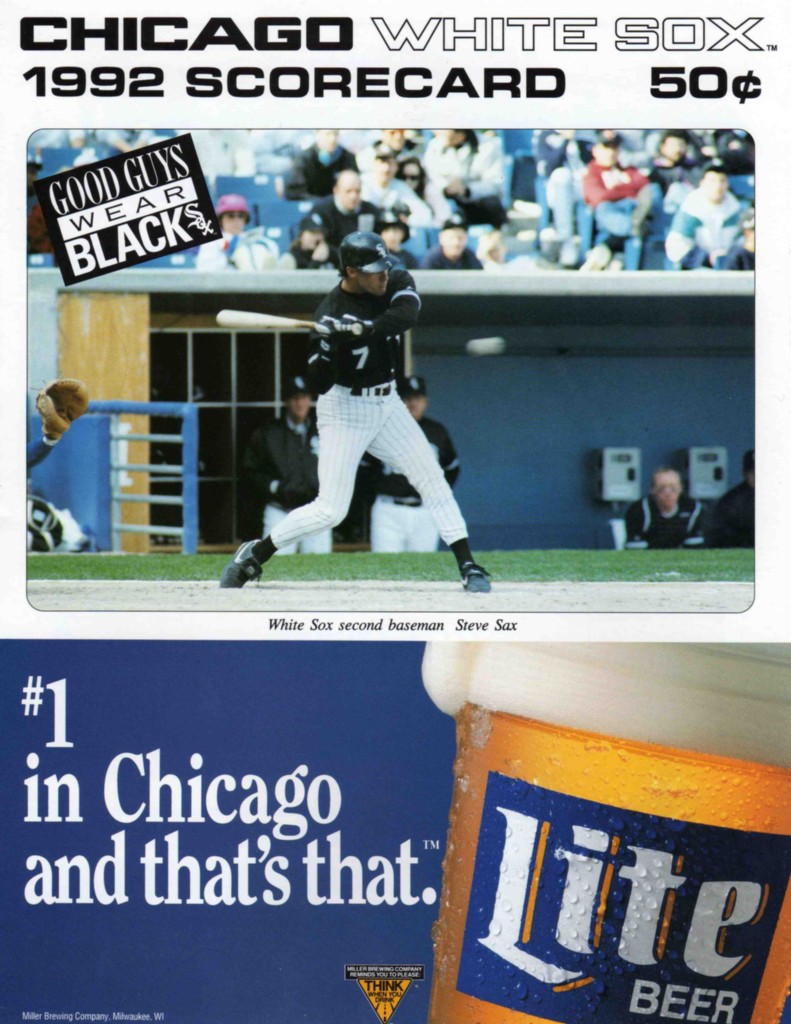