Elk are native to Arkansas, but the original population was wiped out long ago. They were restocked in the early 1980’s, and the herd is now self-sustaining and growing. Wanderers have been seen in several counties, but the main population is still centered in the valley along the Buffalo River on land managed specifically for them.

Seeing them was one of the primary goals of our day. We drove slowly through the area where they’d been seen before, but all we spotted in the area was this sign. 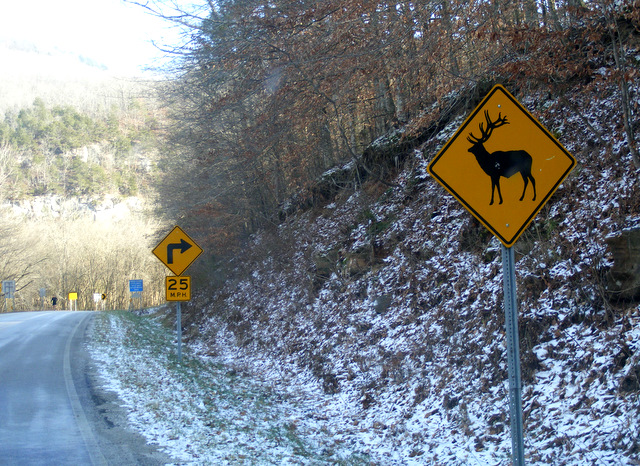 And this flock of Wild Turkeys. 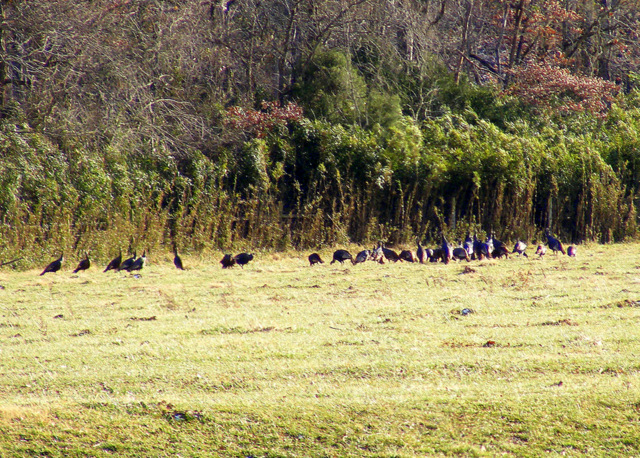 As we drove through the small town of Ponca, we saw numerous signs with pictures of Elk. South of town, we drove through the Boxley Valley. The National Park Service has allowed local farmers to keep their property within park boundaries as long as they continue to manage the land in traditional fashion. It’s a very pretty area, with the mountains rising all around and tidy farms and ranches spread out along the flats.

My nephew spotted the first small herd of Elk. We pulled over to look. 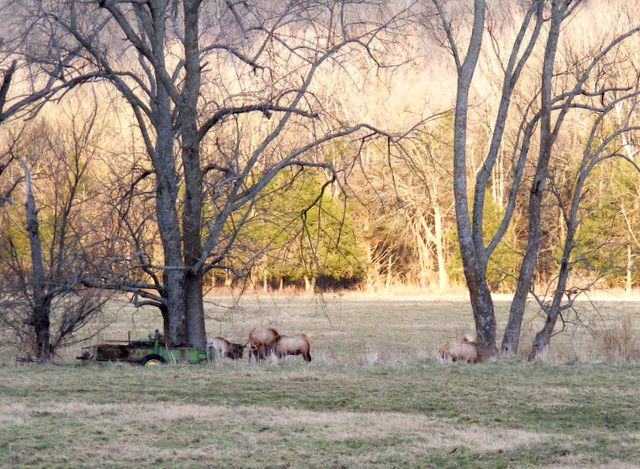 A little bit further on, we spotted several more. 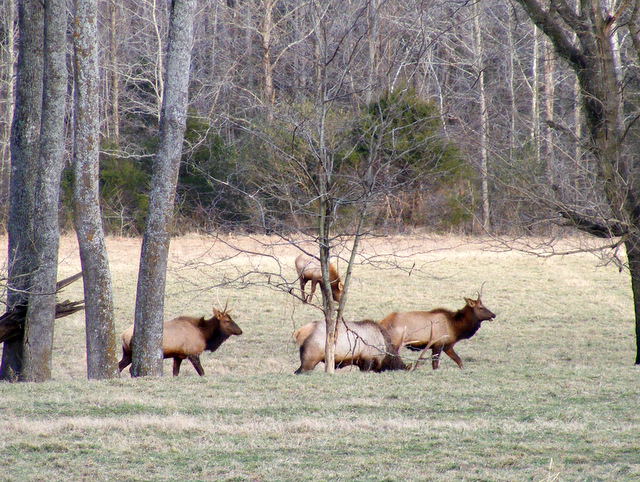 Including this impressive bull. 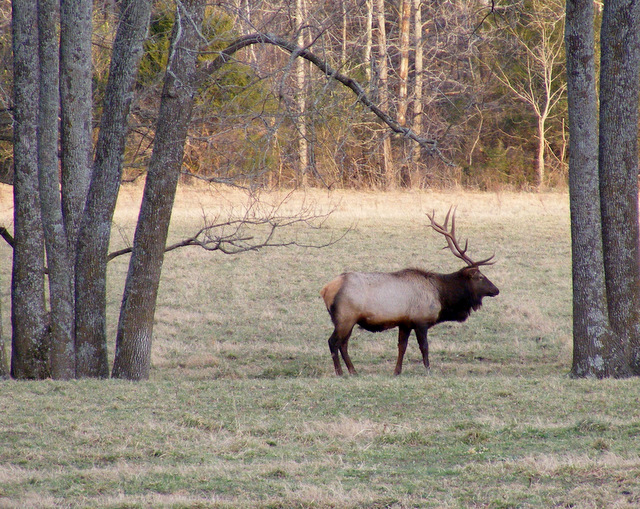 Another bull with a much smaller rack of antlers, was sparring with him. 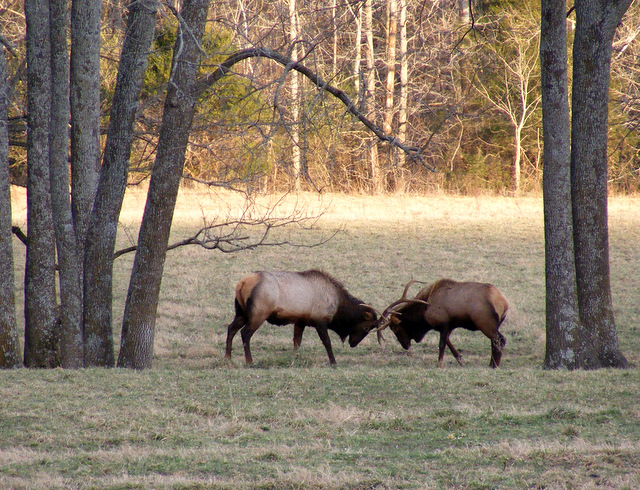 It looks impressive in the photo, but when they didn’t really mean it.

We stayed for about 15 minutes, then drove on. We spotted another, larger herd in another field and then two others in the woods along a creek.

My daughter, when she was young and doing something exciting, used to say, “This is the best day ever!” We probably heard this twice a week when she was between four and seven or so. It became a family catch-phrase for anytime we had fun. As we drove away from seeing the Elk, I repeated it. After a little more consideration, I told my brother-in-law it was probably one of my top 25 all-time. Little did I know the day had one more great adventure yet in store.