We spent most of Independence Day in another country — Canada. We stopped at Grand Portage National Monument, just south of the border, on the way north. 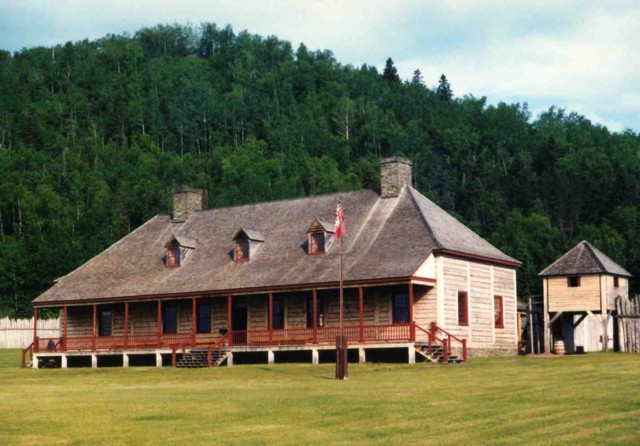 The stockade is built on the site of an old fur-trading post. Traders had to make an 8.5 mile portage here to get around the falls on the Pigeon River. Two buildings have been reconstructed on their original sites. There were originally many others, but the park service has no plans to rebuild more. 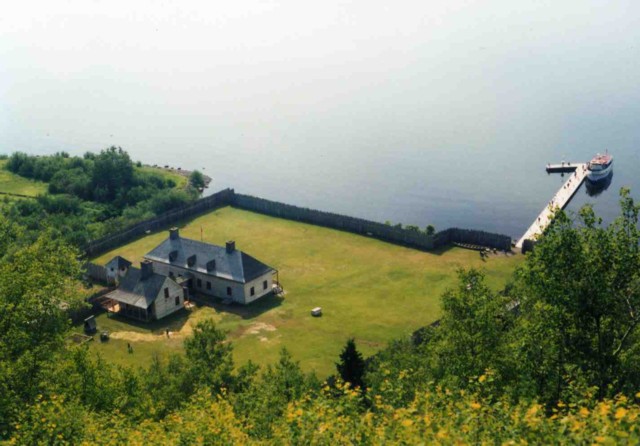 The Great Hall had been the dining hall and business headquarters of the North West Company. After we finished looking at the buildings, I took a quick hike up to the top of Mt. Rose, the small hill behind the stockade. My family wandered around down below and tried on period clothing. The view from the top was impressive, with Lake Superior and the stockade spread out in front of me and unbroken Minnesota wilderness behind me. The only sign of the 20th century was the Isle Royale ferry next to the dock.