When we started feeding the chipmunks, we had the overlook to ourselves, but several other people showed up. I heard a man say something about goats and looked over toward the tunnel to see this. 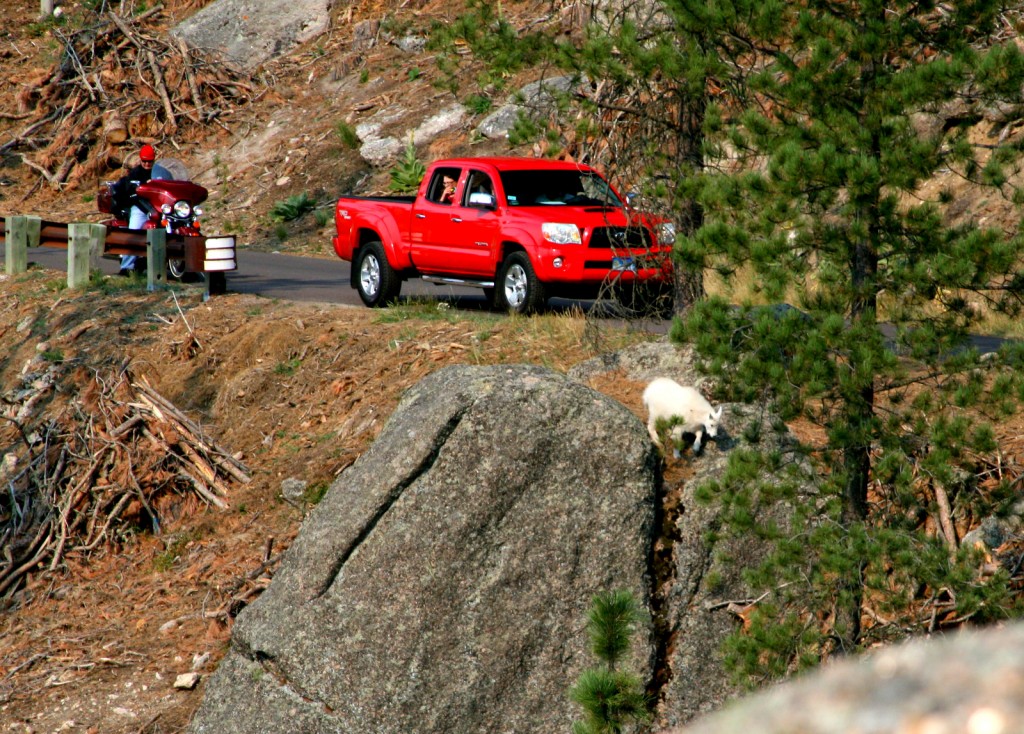 Mountain Goats aren’t native to the Black Hills. In 1924, several were released for hunting and they’ve hung on around Harney Peak, the Needles and Mount Rushmore.

We walked along the road until we were just above them. They were aware of us, but like all animals in the Black Hills, they were fairly tame. 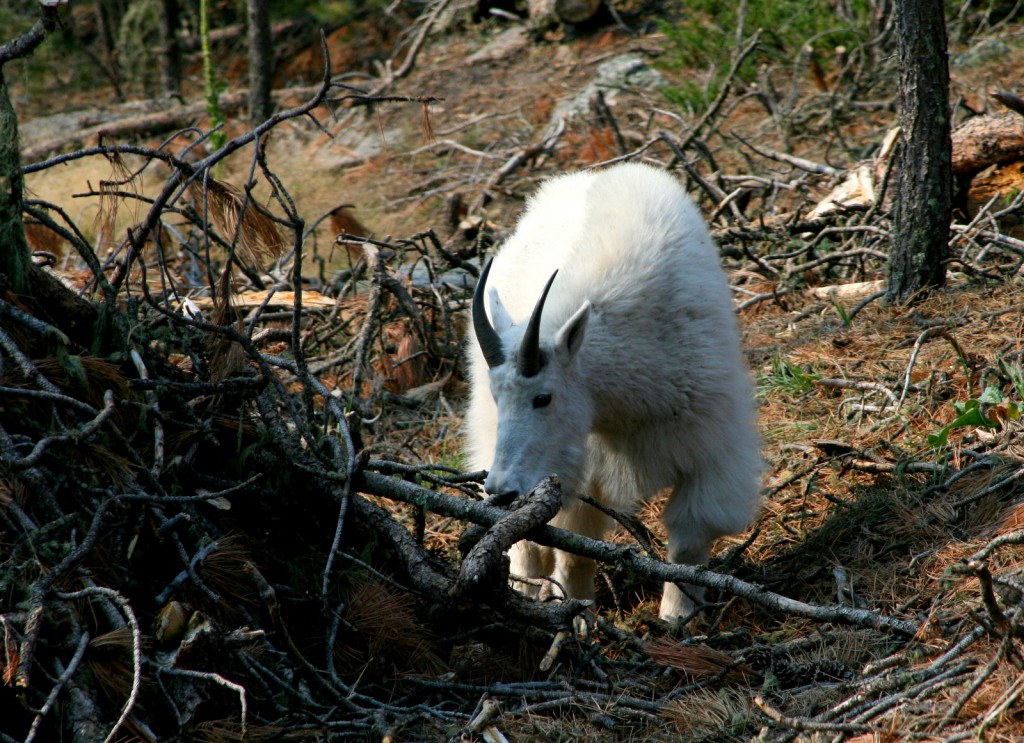 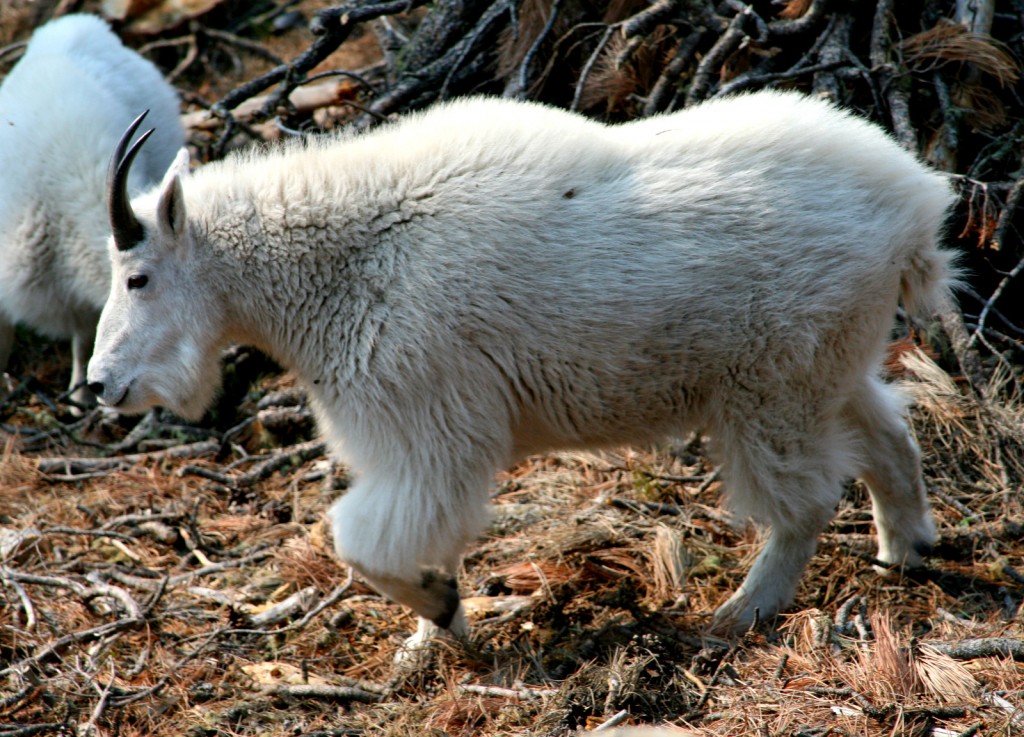 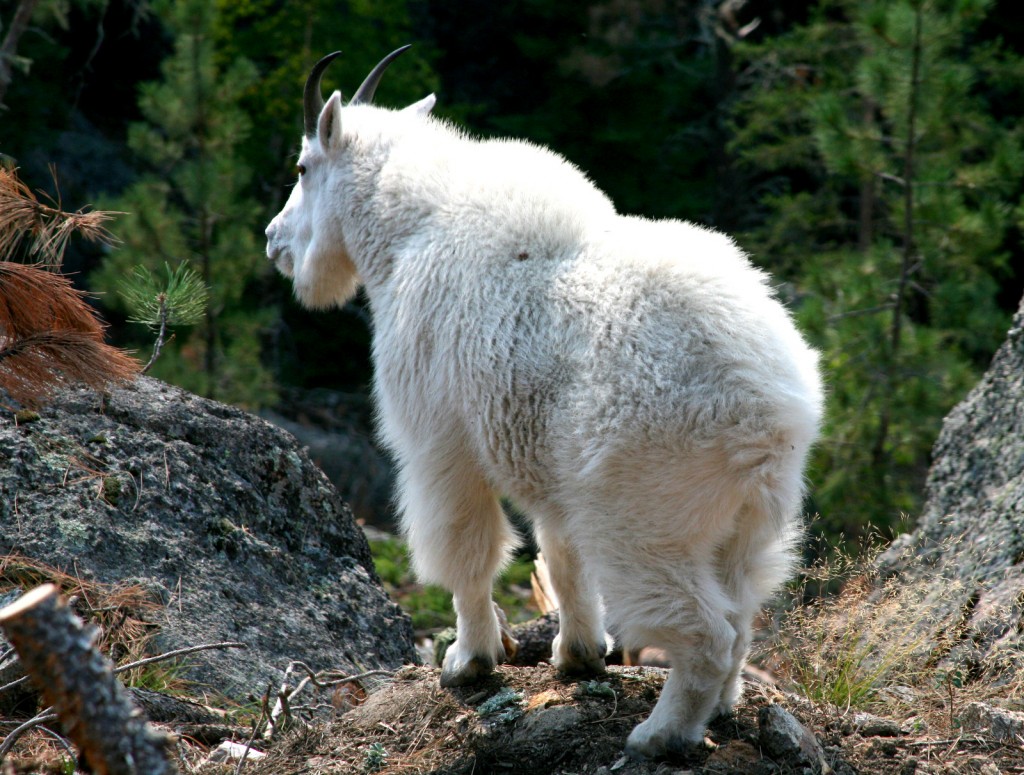 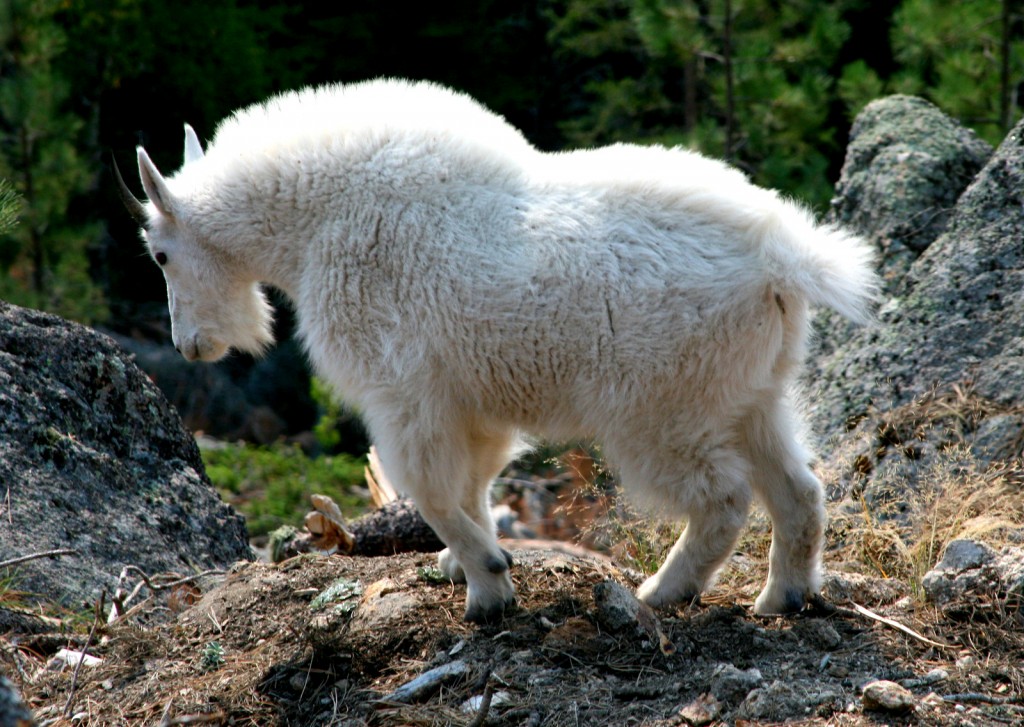 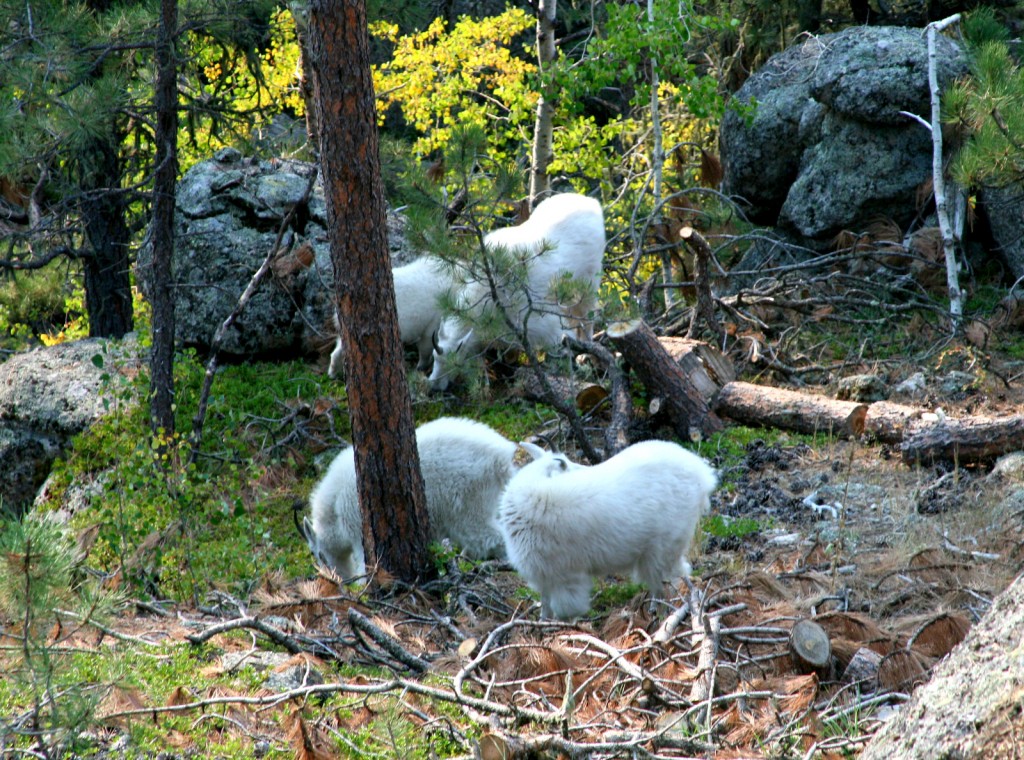 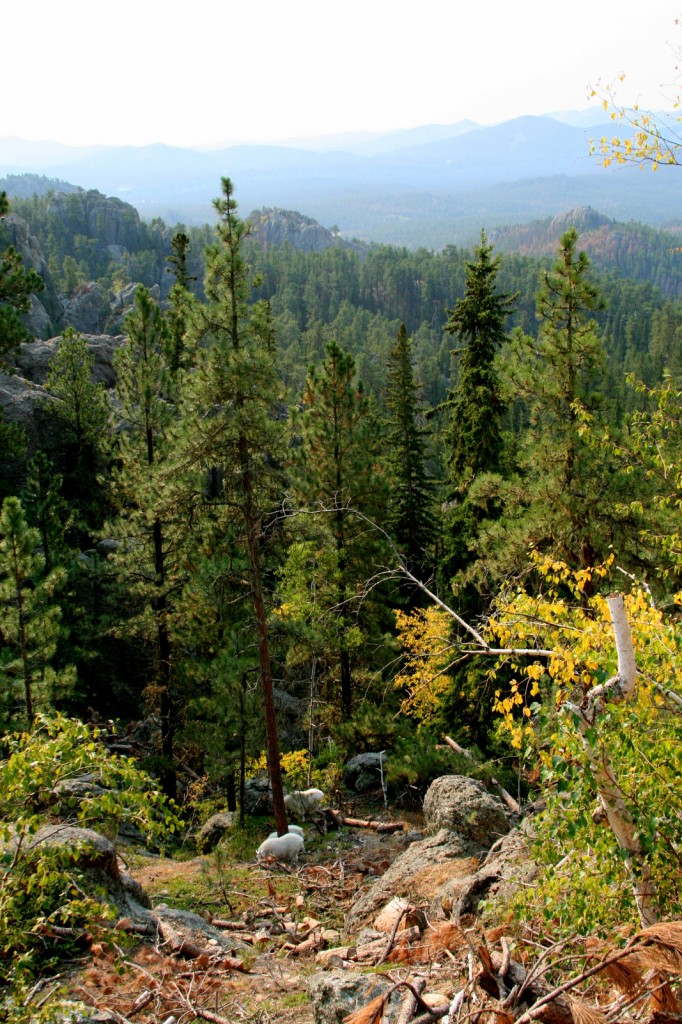 They slowly browsed and moved down the slope until they disappeared into the trees.