Back to the Alamo

We finished walking the Riverwalk, but I was reluctant to leave. I only get to San Antonio once every 50 years, and I didn’t want to miss anything. I suggested we walk the two blocks to the Alamo and see what it looks like at night.

There were a lot fewer people around, but that’s not to say there were no people around. I set up for the shot I wanted and waited for everyone to get out of the way. This took several minutes. One guy looked at me with my camera and decided that right in front of me was where he wanted to stop to wait for his family to catch up. He turned his back on me, hitched up his pants, and waited.

He finally moved on, and I took several pictures. Then I noticed that every few minutes, the wind would unfurl the Texas flag. I had to wait several more minutes for people to clear out, then wait again for the wind. Everything was finally in place and I took what was my second favorite photo of the trip. 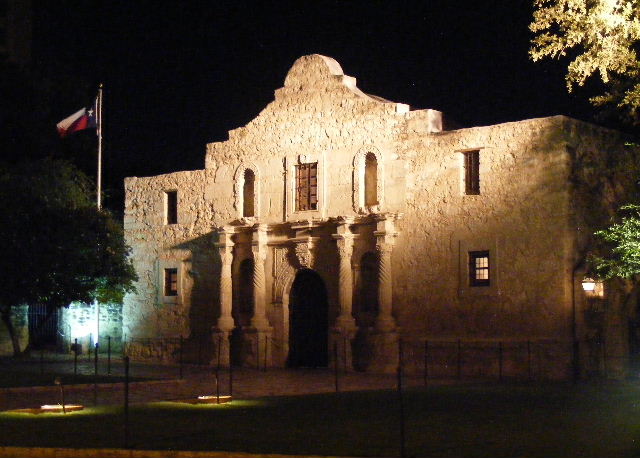 1 Response to Back to the Alamo