Once again, I drove east to Lake Michigan after work, this time by myself.  As I got closer to the lake, the sky got more overcast. By the time I got to Northwestern, things looked like the inside of a sauna.  There was clearly (?) no point in birding in that weather, but since I was there, I decided to take a walk.  I headed around the path that circles the lagoon and runs along the shore.  Visibility was nil.

To my surprise, I spotted a bird foraging on the grass and rocks near the edge of the lake.  As I approached, it walked ahead of me and disappeared into the gray.  I followed, and in time I got enough close looks to identify it as an American Pipit.  For a short time, a Song Sparrow was also poking around in the area.

I took this photo a few years later. It shows the location of the pipit sighting, but definitely not the weather conditions. 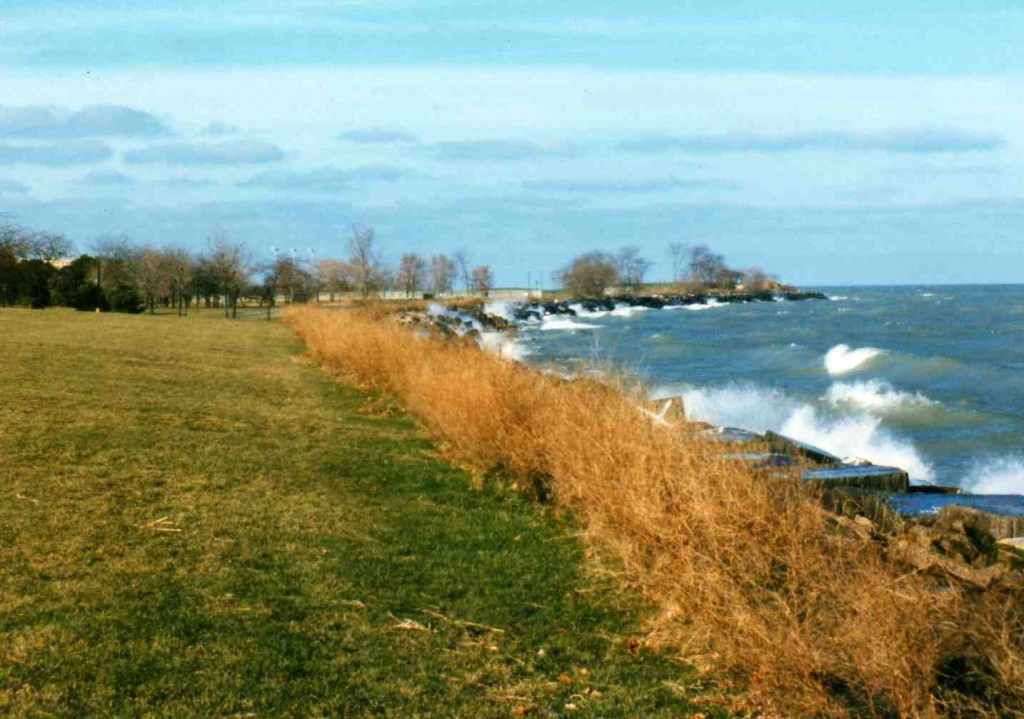