I went to Orlando with coworkers for a convention at the Sheraton One World Resort. On this day, we had seminars and meals and speeches from 9:00 a.m. until 10:00 p.m. I got up early and went wandering. As soon as I walked out of my room, I saw a White Ibis fly over. There was an empty lot next to the hotel, but I didn’t see much there. I meandered through the grounds of the Harcourt Brace headquarters toward Sea World across the street.

At the edge of the Harcourt Brace parking lot there was a water-filled ditch. Swimming in the ditch was a lone duck. It looked like a female Mallard, with a pale, unstreaked head and neck. Its bill was pale yellow-green with no black. It swam down the ditch away from me, with its head erect, looking about warily.  When I got too close, it flew off across the lot. I saw its blue speculum with a white border on the trailing edge. 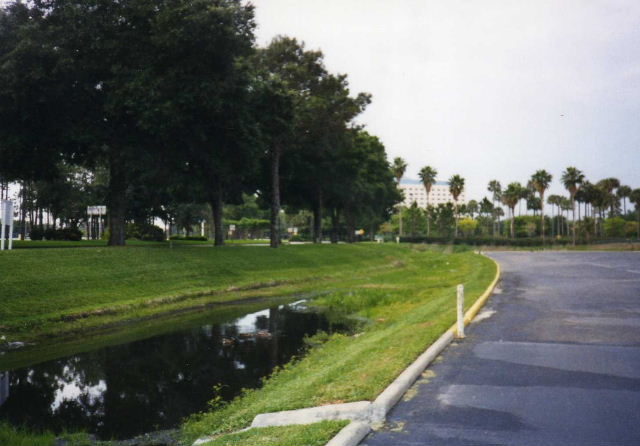 I had a break between sessions in the late afternoon, so I went back to see if it was still there. It wasn’t, but I did see another duck that was obviously a Mallard mixed with something. This made me feel insecure about how pure my Mottled Duck was. So, for the record, I saw two of them swimming together in a pool along the Black Point Wildlife Drive at Merritt Island National Wildlife Refuge on Tuesday. These looked darker than the first bird, with dark tails. (I didn’t notice the tail on the first bird, but I don’t think it was white.) They also had unmarked pale greenish bills. 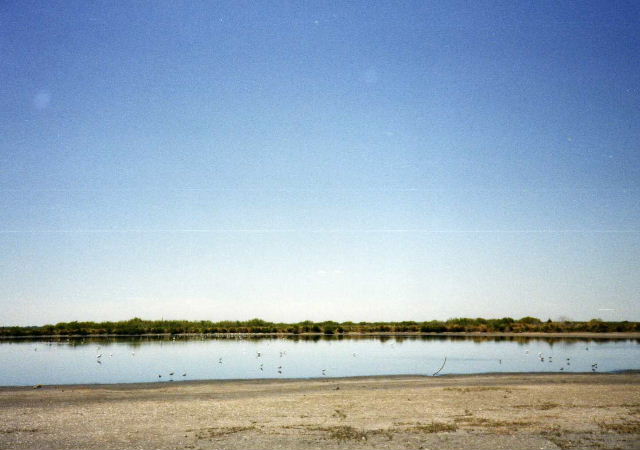