We were heading west along the Columbia River through the Gorge when we happened upon Drano Lake. I don’t recall why I pulled into the boat launch lot — maybe it was just to get out and walk around while we were in Washington. 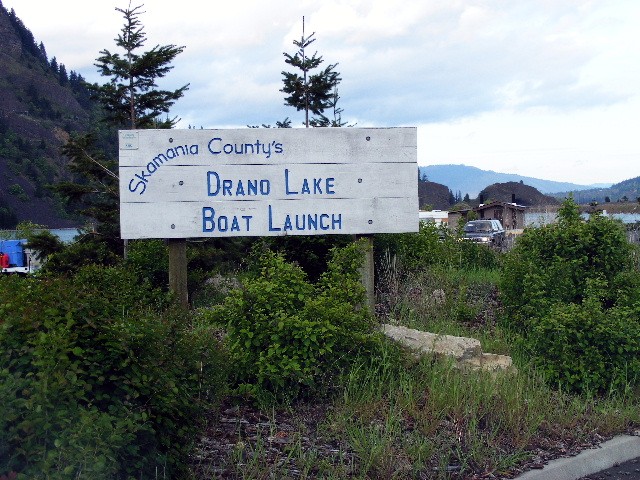 There were about six large gulls swimming close to shore. I should explain that I don’t care much for gulls. It’s not that I have anything against them, it’s just that I don’t enjoy the effort it takes to identify them. There are 17 or so species that regularly occur in North America. Five or six of them have black heads, but otherwise look very similar. The rest have white heads and also look very similar. Most of them don’t reach full adulthood until their third or fourth year, so there are always a lot of immature gulls around, and all of them look exactly identical. I don’t even bother with the immatures. I’ve made the effort to identify the adults in order to add them to my life list, but once I have a particular species on my list, I pay very little attention to it. 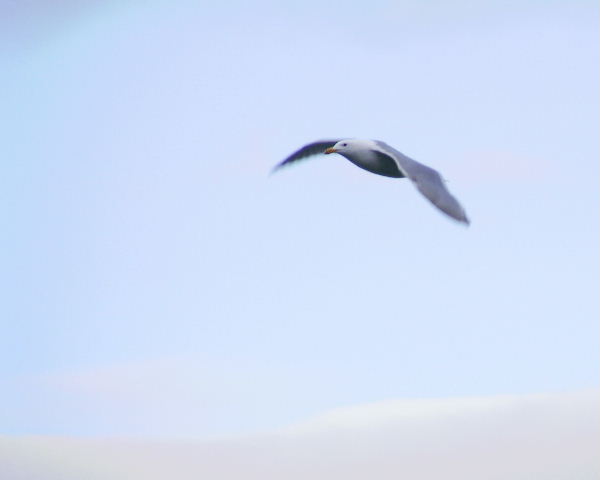 Here’s a shot of Drano Lake. You can see a gull flying in front of the hill, but also notice how small a hill that is — and yet it has two tunnels through it. The Columbia River is just beyond the railroad tracks on the right. 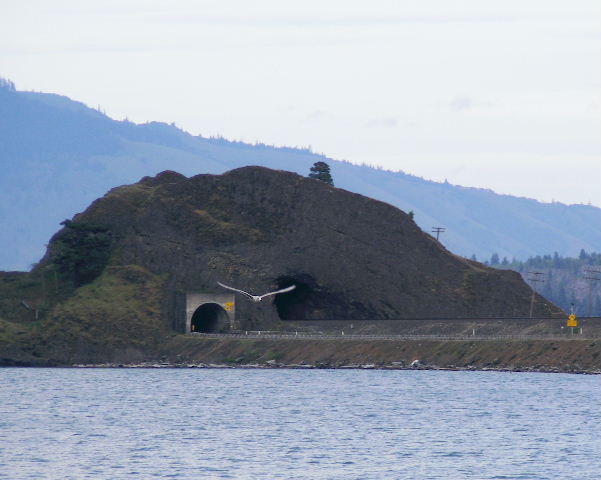