laterallus (from latus, side, flank, and rallus, rail) jamaicensis (Jamaica)

So at some point, the individuals who govern the sport of birding changed the requirement to “diagnostic field-marks for the bird, sufficient to identify the species, must have been seen and/or heard.” In other words, a birder no longer has to see the bird at all if he is able to definitively identify it by sound.

One of the birds that brought about this rule change is the Black Rail. It’s a tiny marsh bird the size of a sparrow. It’s extremely secretive and, when approached, prefers to skulk off through the reeds rather than flying away. It spends most of it’s time foraging about in the thickest part of marshes, often underneath mats of reeds. And it’s nocturnal. Add to all that the fact that it’s a very rare bird and can only be found in a handful of marshes along the coasts and an even smaller handful of inland marshes.

There are two ways to see a Black Rail.

To this point, I’ve seen all the birds on my life list, although I’ve identified several of them by sound. (In other words, I saw the bird, but that alone wouldn’t have been enough to identify it. I needed to hear it too.) I was reluctant to change my standards, but the Black Rail convinced me otherwise.

I said all that to say this — One place where Black Rails can be consistently heard is in the large marshes along the Arkansas River in southeast Colorado. The books say that they only call “late at night,” but I decided to give it a try.

I drove down several lonely roads until I found a spot listed on the Colorado Birding Trails website. There was nothing around except Fort Lyon National Cemetery, about a mile up the road. I parked the Jeep on a sharp bend in the road next to a huge marsh. 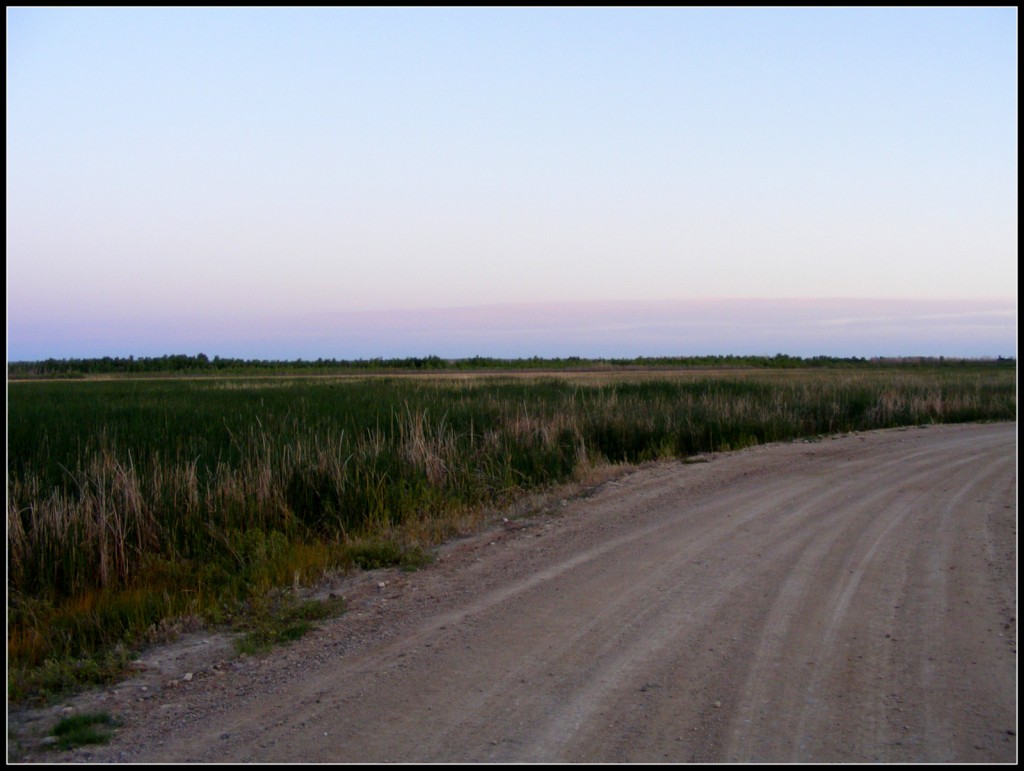 It was 7:50 when I parked. The sun had just dipped below the horizon off to my right. I had gotten up at 4:15 that morning and had a busy day. I was tired and wondering what I was doing there. But I was there, so I decided to stick it out until 8:30. The marsh was filled with calling Red-winged Blackbirds. A Common Yellowthroat sang not far off. A Sora (a more common rail) called a few times.

As it got darker, it got cooler and damper. The mosquitoes found the open window of my car. The noise of the Red-wings slowly abated until there was only an occasional single song. The only lights I could see were probably four miles away to the south. 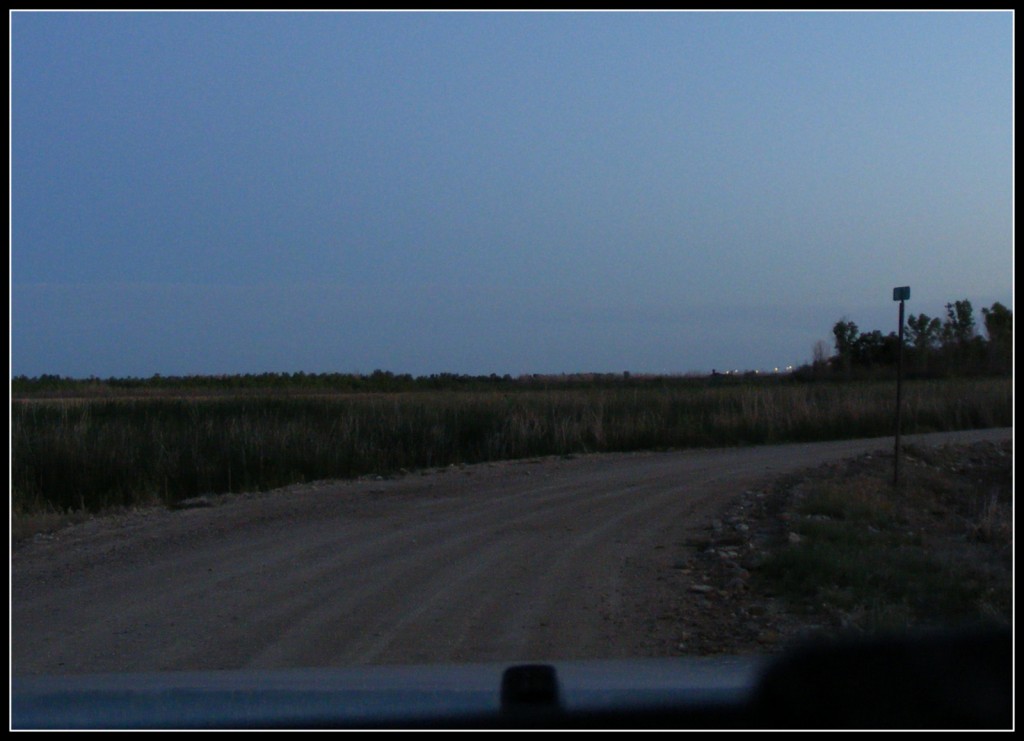 8:30 came and it still wasn’t completely dark. It was getting creepy, sitting there by myself in a strange place miles from the nearest town with nobody on earth aware of where I was and my windows open. But the thought of driving off and missing the bird by a minute kept me there. I decided to give it until 8:45.

I saw the headlights of a car approaching from behind me. I turned my car on and flipped on the lights so he could see me (and so I could make a quick getaway if I needed to). The driver passed by slowly and disappeared. I turned off my car. Five minutes later, he came back by in the other direction. It was 8:45. Virginia Rails were calling now. I kept thinking of my 90-mile drive back to Pueblo where I planned to spend the night.

I decided to give it until 9:00. No, 9:00 seemed too late. I’d split the difference and give it until 8:53. I sat in the now pitch blackness and listened to the night.

At 8:52, I heard a noise I hadn’t heard before. The Black Rail has a very distinctive call, an emphatic kee-kee-derr. What I was hearing was a long way off, but it kinda sounded like “derr.” I got out of the car and stood in the road. I heard it several more times, but I couldn’t be sure. I wanted to think I heard the call, but did I really?

I got back in the car and listened. A minute later I was 87.4 percent sure I’d heard it. It sounded like it was coming from off in front of the car. I pulled forward 50 yards and stopped. This time I was sure. There were probably three or four calling. I had my bird. I held my camera out the window and took a video of the night. The loud noise you hear at the beginning is my camera attempting to focus on darkness. If you turn the sound up ALL the way, you can hear at least two Black Rails near the end of the clip.

I smiled to myself and headed back to civilization.