I’m almost positive I saw one of these earlier in the day in Temple Canyon but it was back-lit by the morning sun, perched on the top branch of a tree at the edge of a cliff where I had no chance to work my away around for a better angle.

This one was flying around the area of the first mine along the trail up Battle Hill.

When it flew, its wings made a musical trilling noise. At the end of each flight, it landed on a bush on the slope above the trail. The light wasn’t great there either, but it turned its head a couple times far enough for me to see the red throat. Its flanks were smudged with greenish-gray. If you blow one of my photos up to a ridiculous extreme, you can see a sliver of white chin. 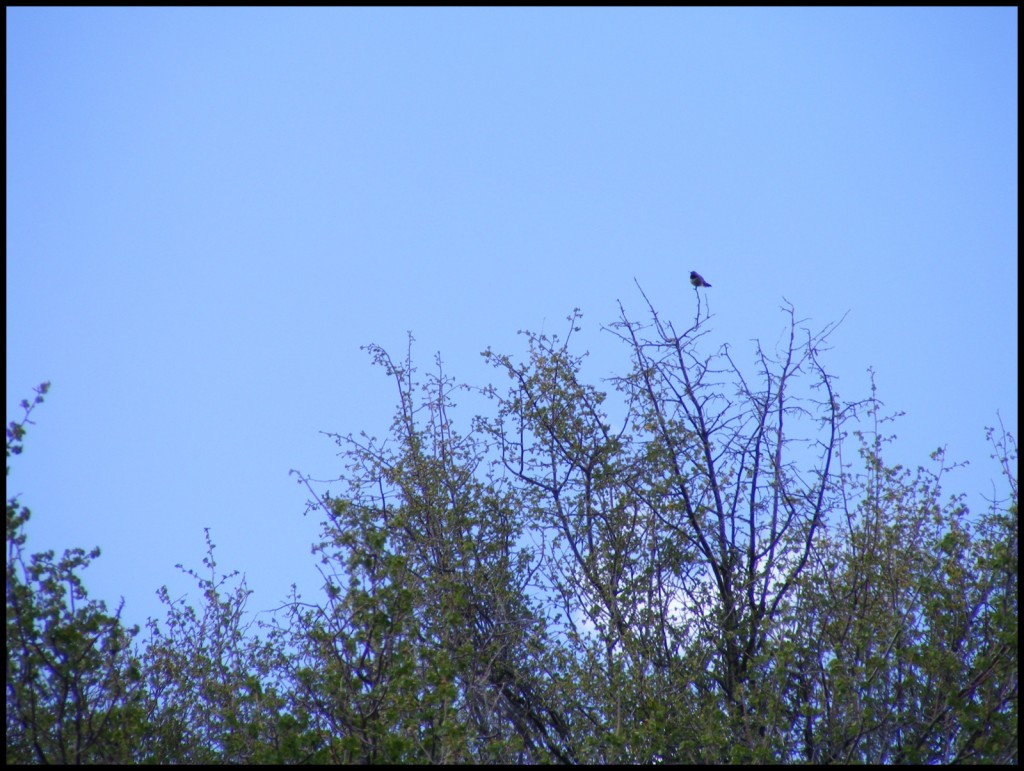