artemisiospiza (from artemisio, ?, and spiza, finch) belli (named for John G. Bell, a naturalist who was a friend of Audubon)

This place had the essentials — it was close enough to Ontario to get there and back before I had to start working, and two would-be lifers are seen there regularly.

The Preserve consists of a large, rocky sage and brush-covered area at the base of the mountains north of Rancho Cucamonga.

I arrived early and had the place to myself for the first twenty minutes. Other people— hikers, not birders—began showing up soon afterwards. But it never got crowded except on the side trail to a small waterfall.

I wasn’t there long before I spotted a Bell’s Sparrow singing in a small bush off the trail. I soon saw others, probably about 10 in total, some of which were very close and many of which were singing. 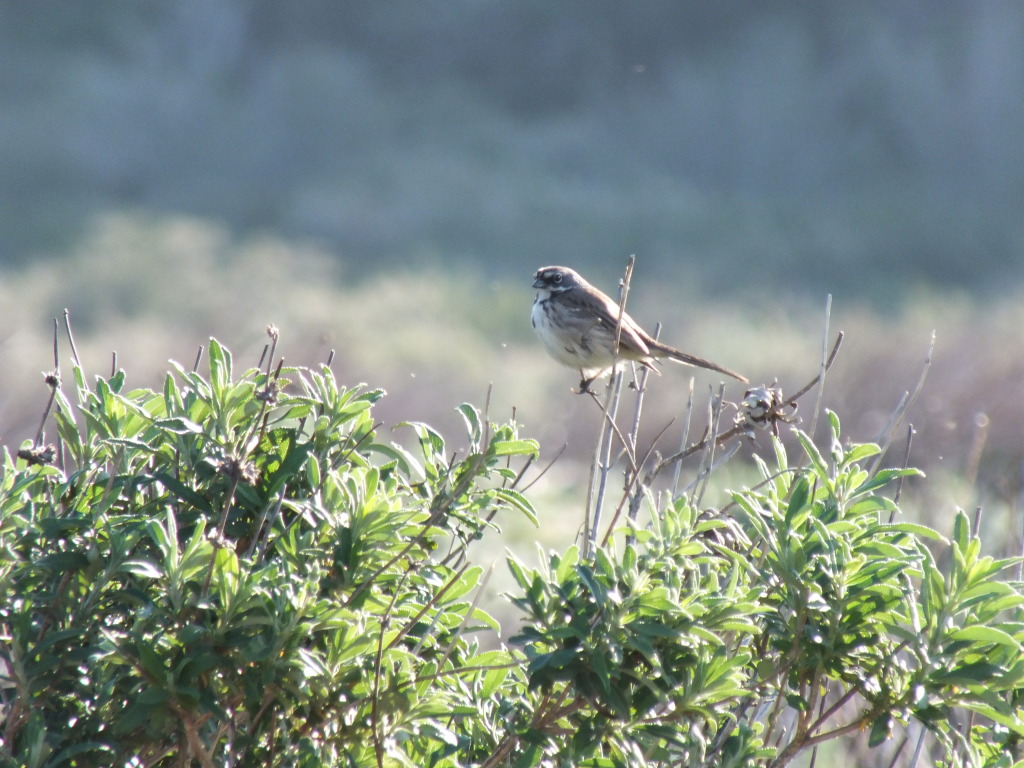 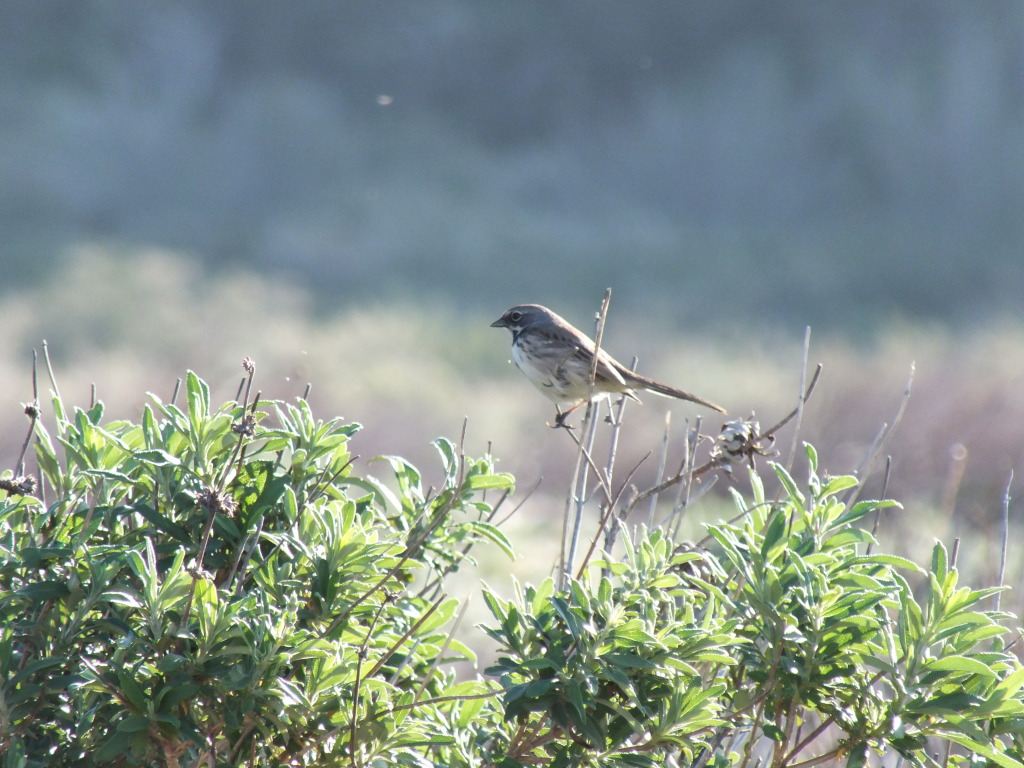 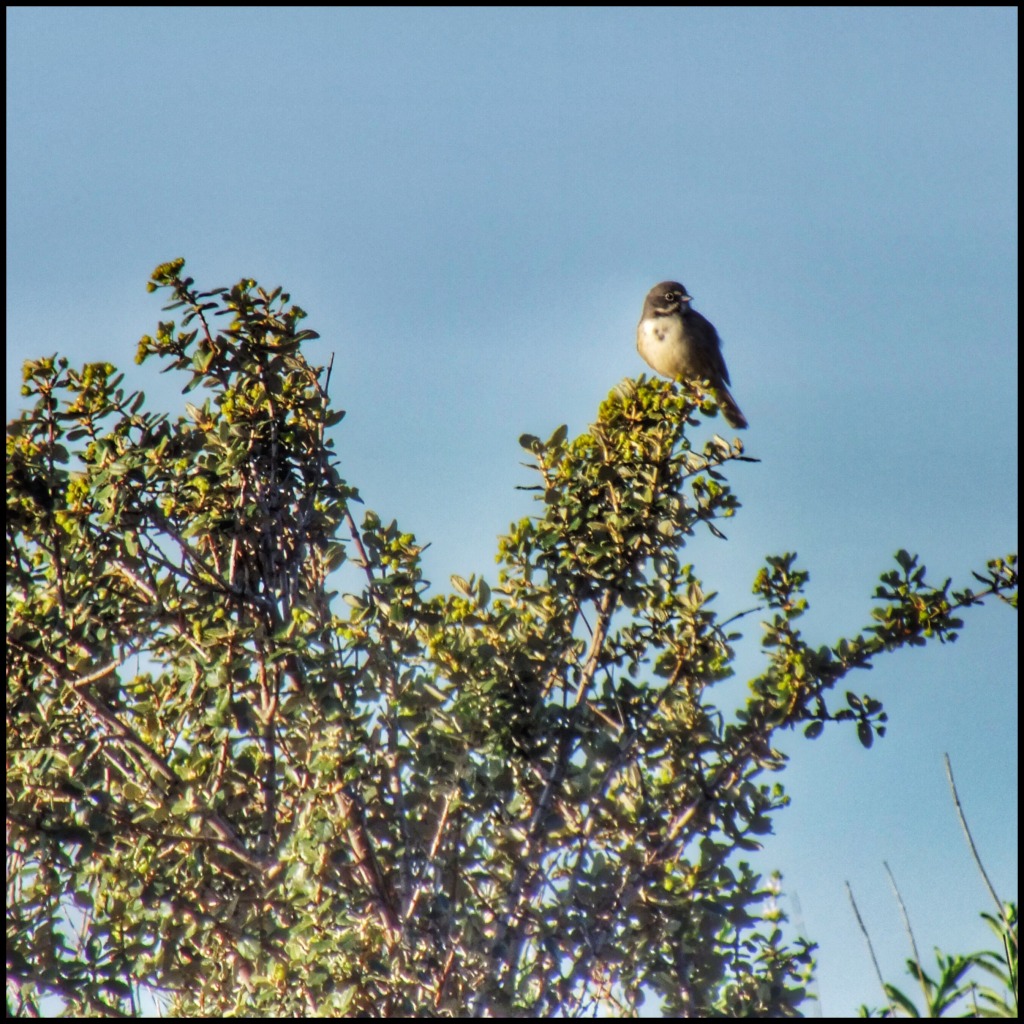