I wrote a post recently on the difficulty of identifying Dusky and Hammond’s Flycatchers, both members of the Empidonax genus. But I still needed a Hammond’s on my life list, as well as a Cordilleran Flycatcher, another member of the genus. Both of them, and Dusky Flycatchers, have been reported this weekend from Cheyenne Mountain State Park, south of town, so I decided to try my luck.

I was hiking the Blackmer Loop through a stand of ponderosa pine with a thick understory of scrub oak. 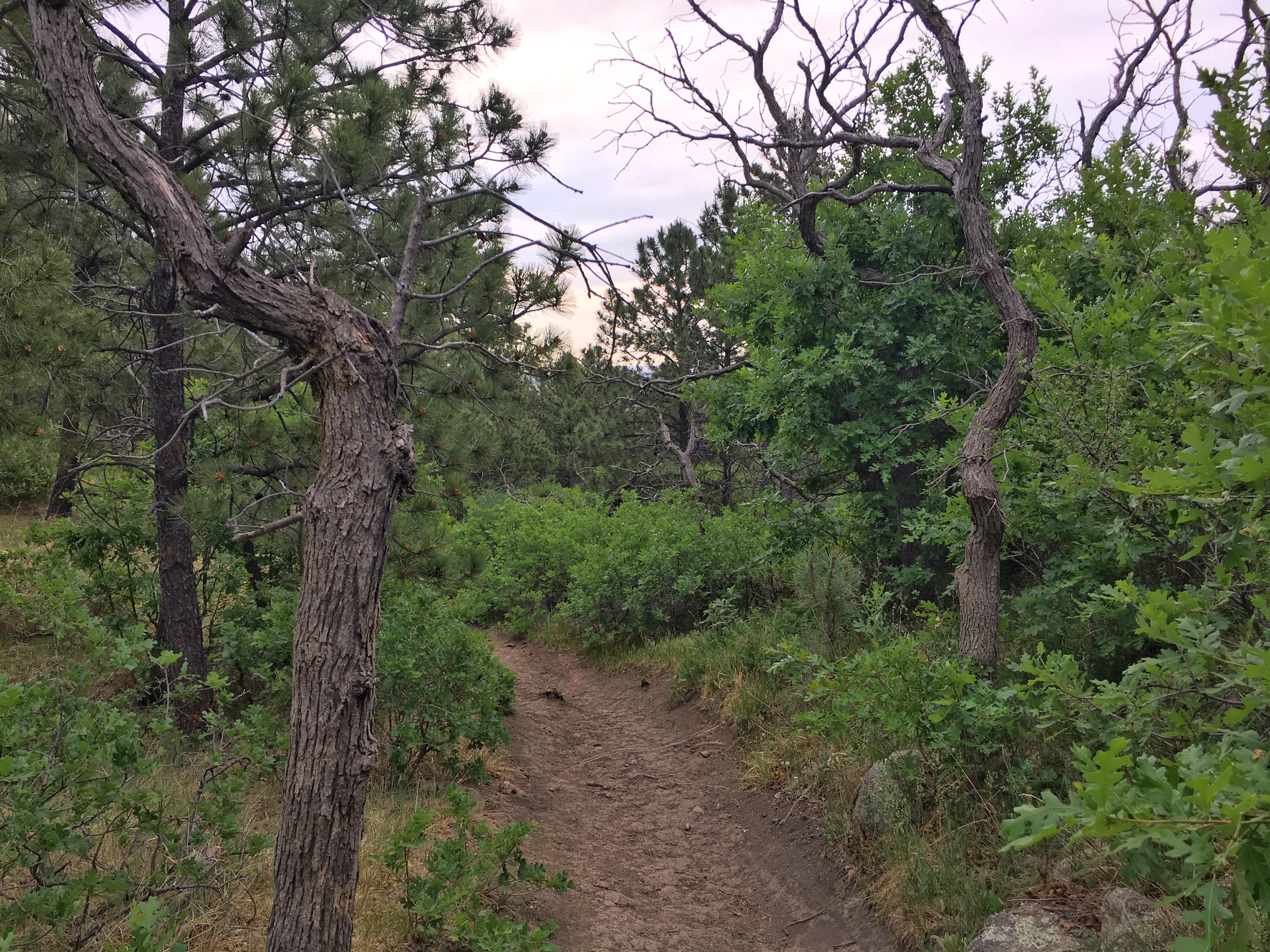 I heard a song that I was pretty sure was a Hammond’s Flycatcher. I played the song on my phone and still thought it sounded like a Hammond’s. I played the song louder. Immediately, the bird flew through the woods toward me and landed on a bare scrub oak branch above the trail about 10 feet away. Before I got a photo, it flew into a ponderosa. This time it stuck around long enough for me to get a picture. It was obviously reacting to the song. 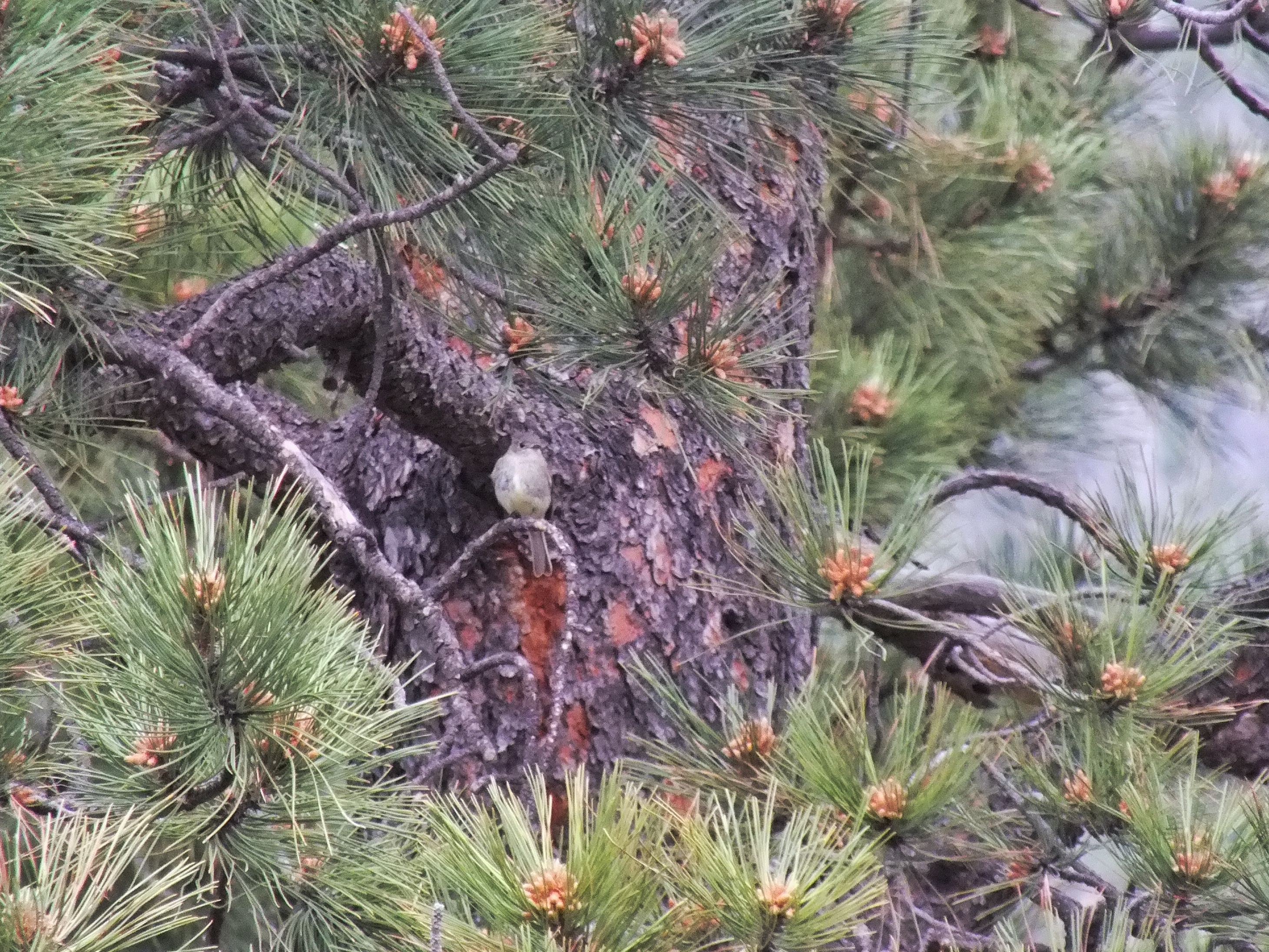 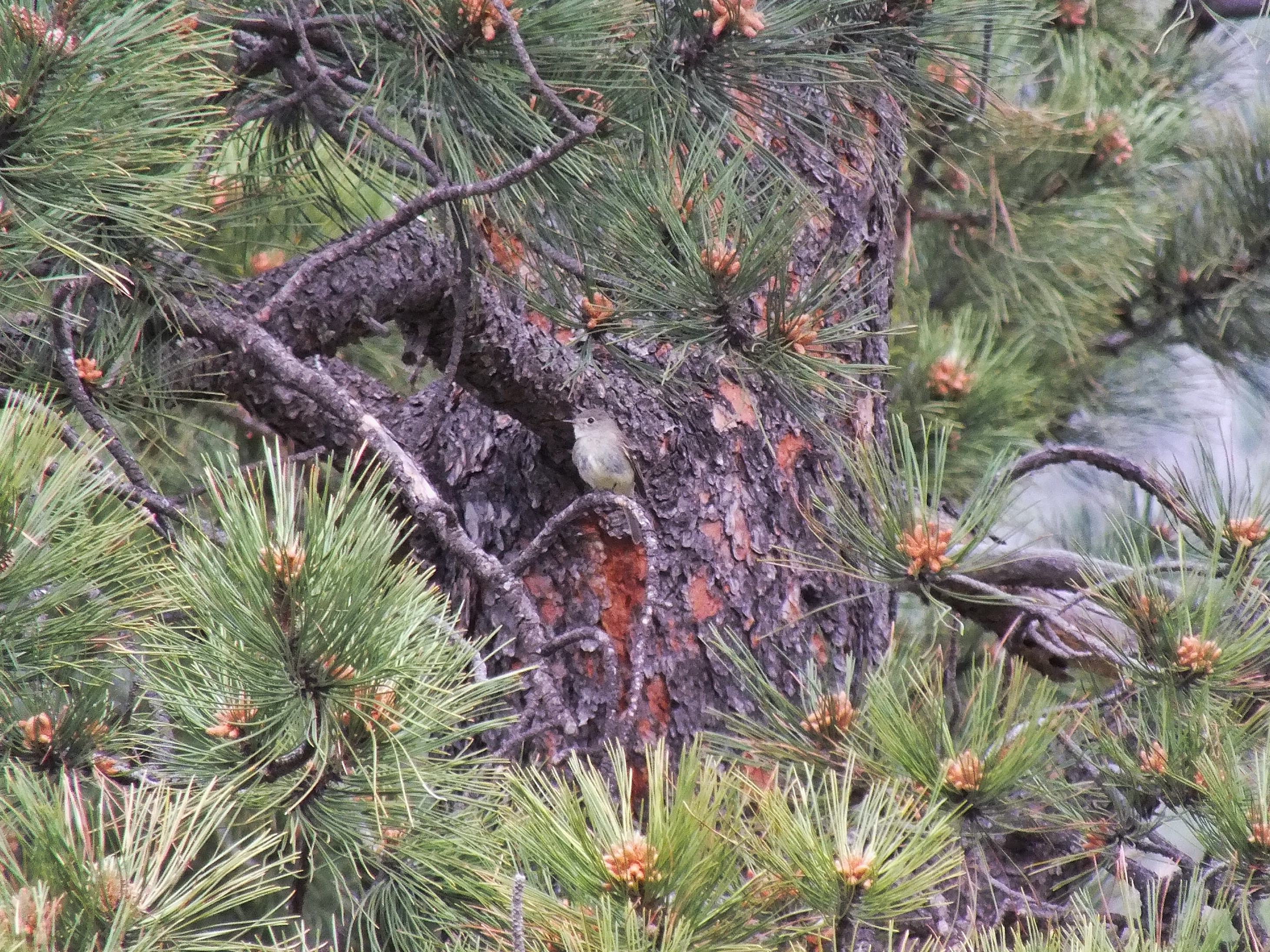 It flew back across the trail and disappeared. I continued along the trail, which wound up the hill, then curved above the area where I’d seen the bird. I heard the song again and spotted the flycatcher perched on the very top of a ponderosa near where I’d seen it. 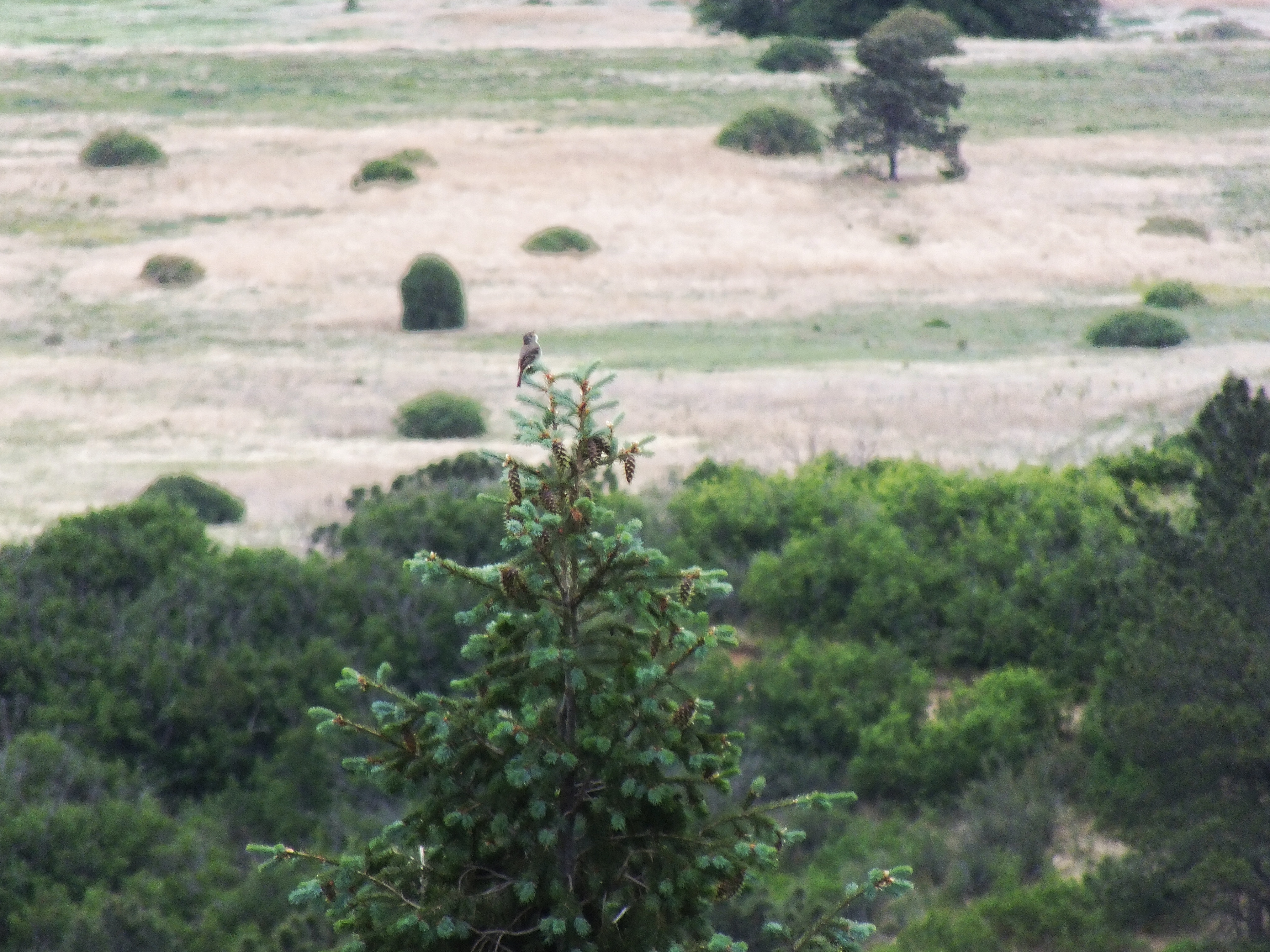 I walked back down to try to get a better look. While I watched, it flew from the pine into the dead branches of a nearby scrub oak and began singing again. 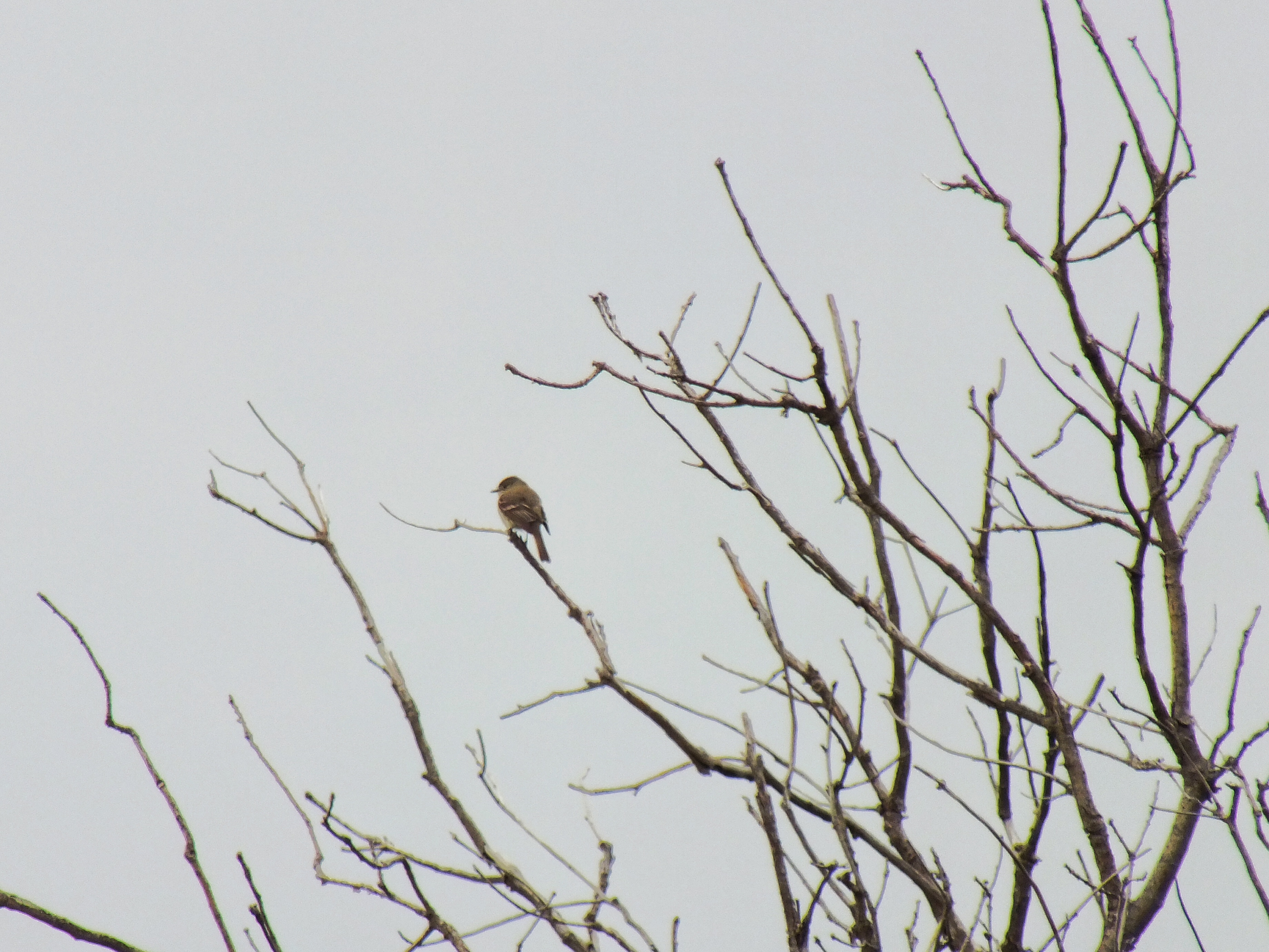 I don’t know how I can be any more sure of the identification.

While I remain unconvinced that most birders can distinguish Hammond’s and Dusky Flycatchers, I do believe the birds themselves can. This bird definitely acted like I was “playing his song.”