Hepatic Tanager was on my list of target birds as I get closer to 500 on my life list. It’s U.S. range is mostly in Arizona and New Mexico, with a handful creeping up into southeastern Colorado. The closest spot where they were being seen regularly was south of Walsenburg, almost two hours from my house. I drove down on Saturday morning and arrived at 8:00. The surrounding area was largely pinyon/juniper scrub, but there was a large patch of cottonwood along Santa Clara Creek (although I saw no actual water).

I parked at the side of the dirt road and walked about half a mile west, then back to the car. I saw a lot of birds and heard a lot more. I thought I might have heard a Hepatic Tanager at one point. About the time I got back to the car, I saw a bird fly low through the PJ on the hillside above me. It intrigued me, so I wandered north along a railroad track.

I hadn’t gone far when I saw a male Hepatic Tanager land on top of a tree. I took a quick look with my binoculars to make sure of the i.d., then started taking photos. It was large for a tanager with a large black bill. It was red all over, but not as bright as a Summer Tanager. Its cheeks were grayish. 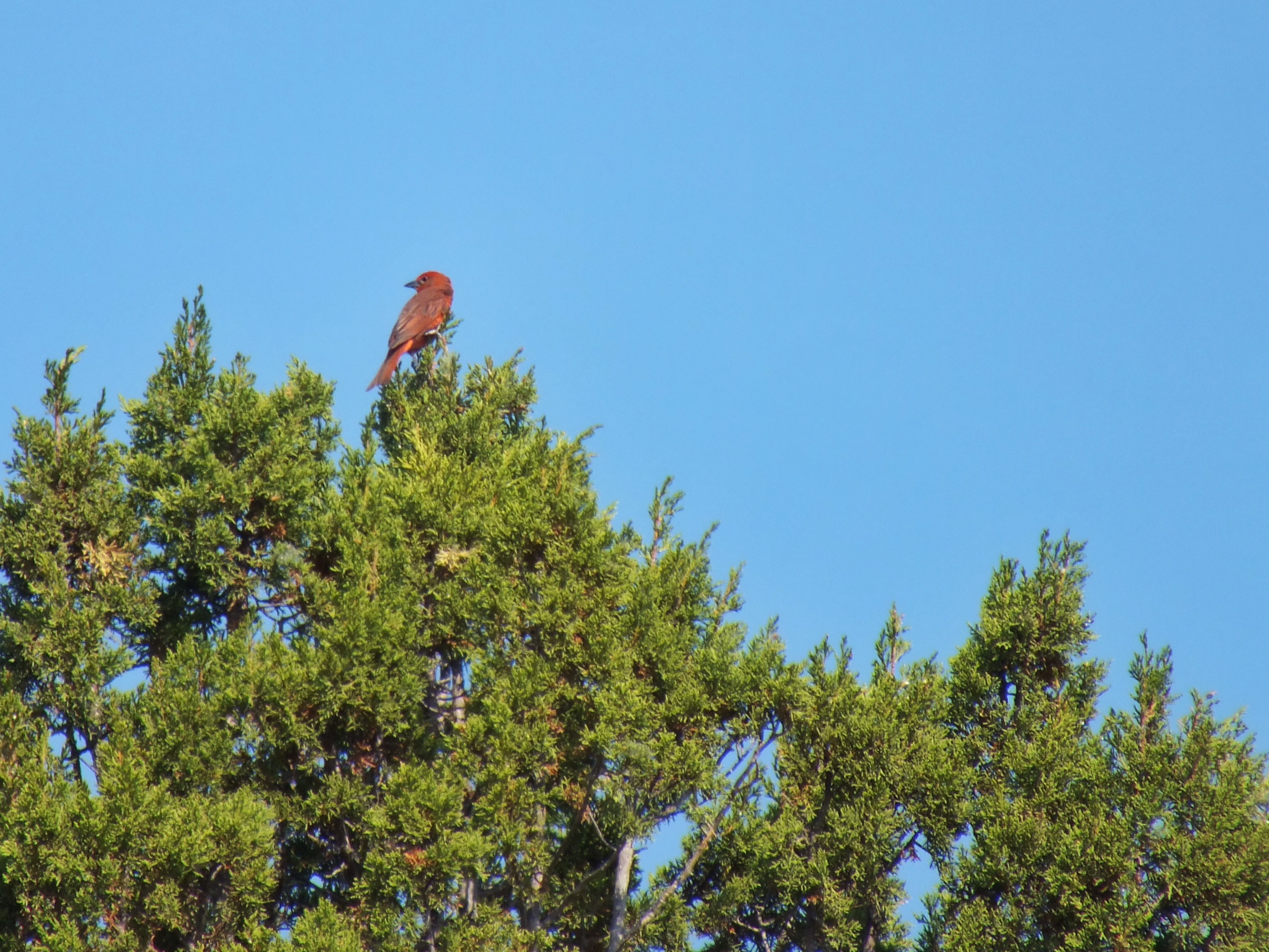 It didn’t stay there long. It flew down out of my sight. I walked back toward the car and played the Hepatic Tanager song on my phone. A female flew to a nearby tree for a few seconds, then disappeared back the way it had come. It was yellow-green and also had a grayish cheek.

I wasn’t satisfied, so I continued to walk around the area. I saw them several more times. They frequently landed at the very top of trees—particularly dead ones. When they flew, they always dropped down and flew between the trees.  I stayed in the area for about 20  minutes, and one or the other tanager was in view about a third of the time. 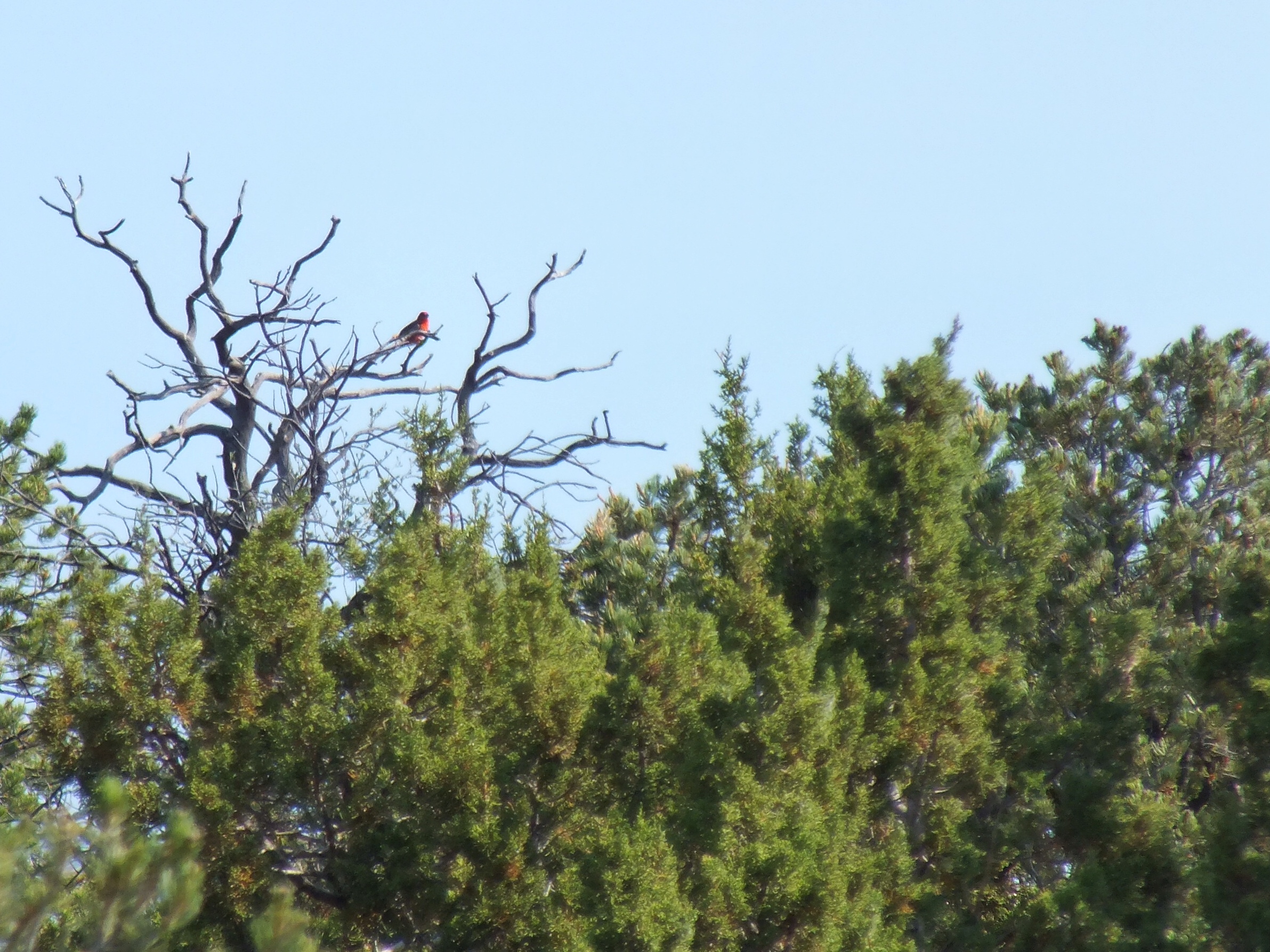 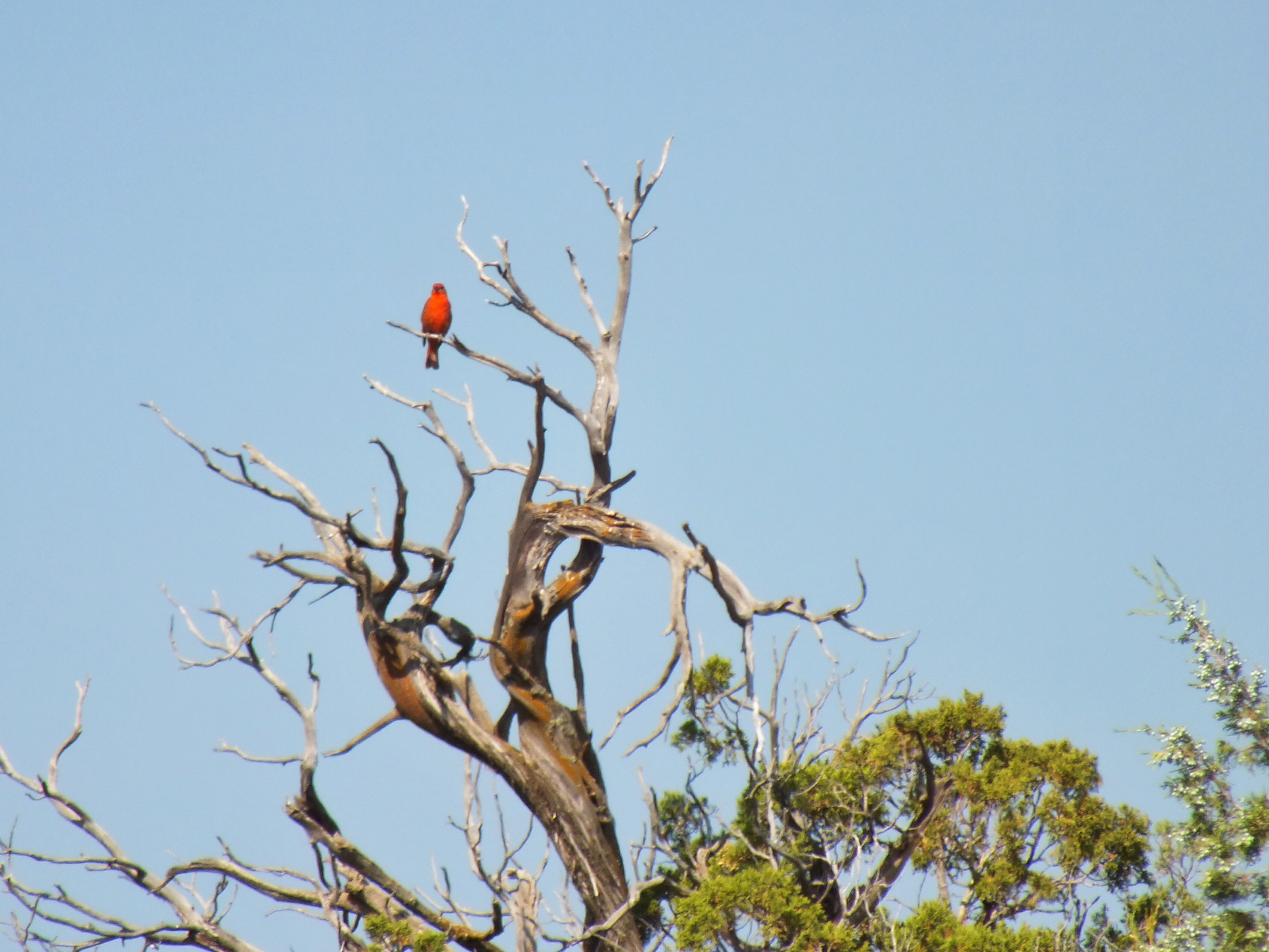 This is the best photo I got of the female, although I got some very good looks.  The two birds were definitely hanging out together, and at one point I saw them flying together through the trees. The male was in view much more often, however. 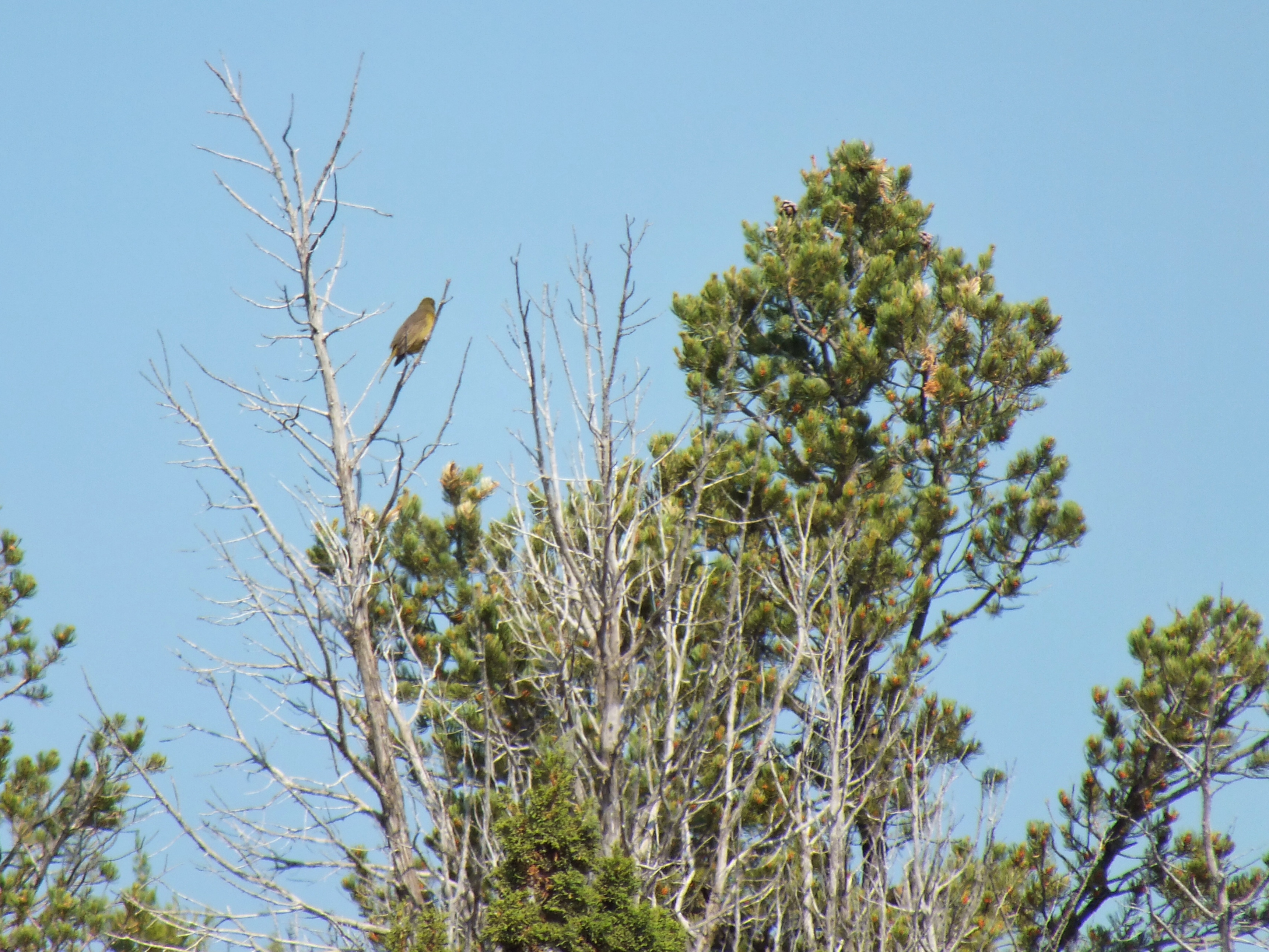 The word hepatic means “relating to the liver.” It was given that name because the male is supposedly liver-red. That’s an awful name.

Other birds in the immediate area included Western Tanager and Lark Sparrow. 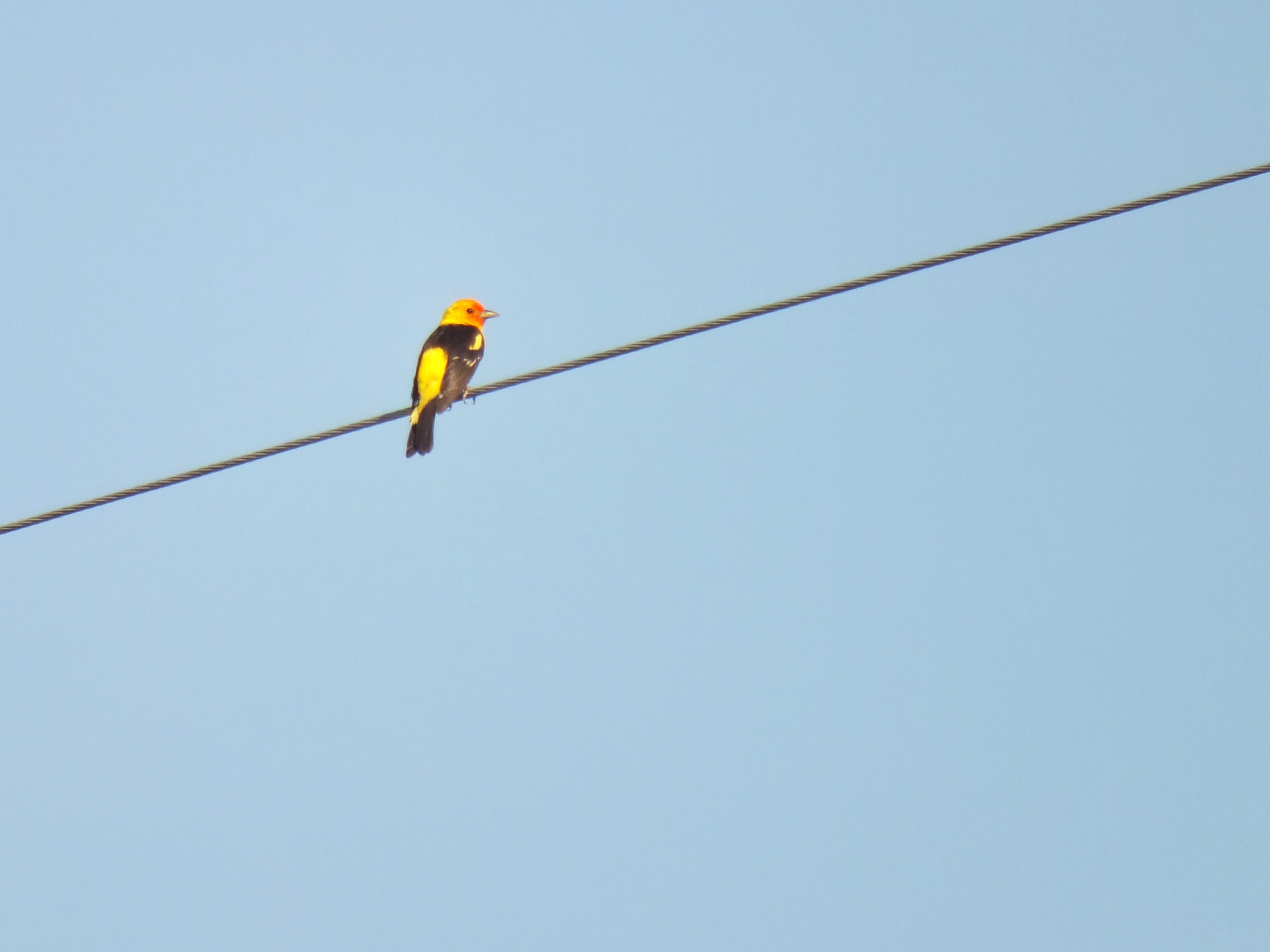 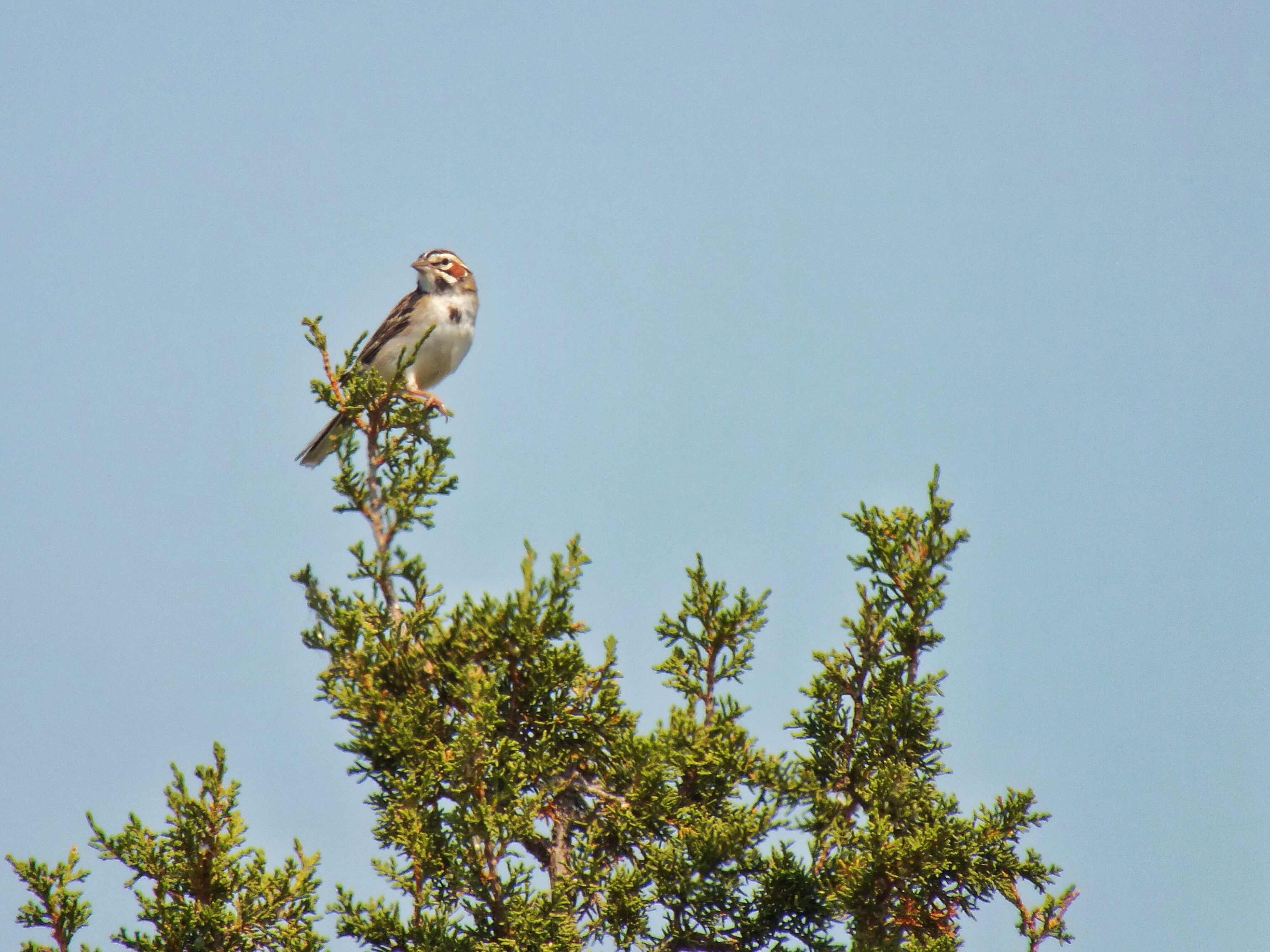 I continued west on the dirt road. There were a handful of scattered houses and ranches, but most of it was just PJ scrub. The Spanish Peaks rose above the hills—or they would have if they weren’t largely obscured my smoke haze from the several wildfires to the west. 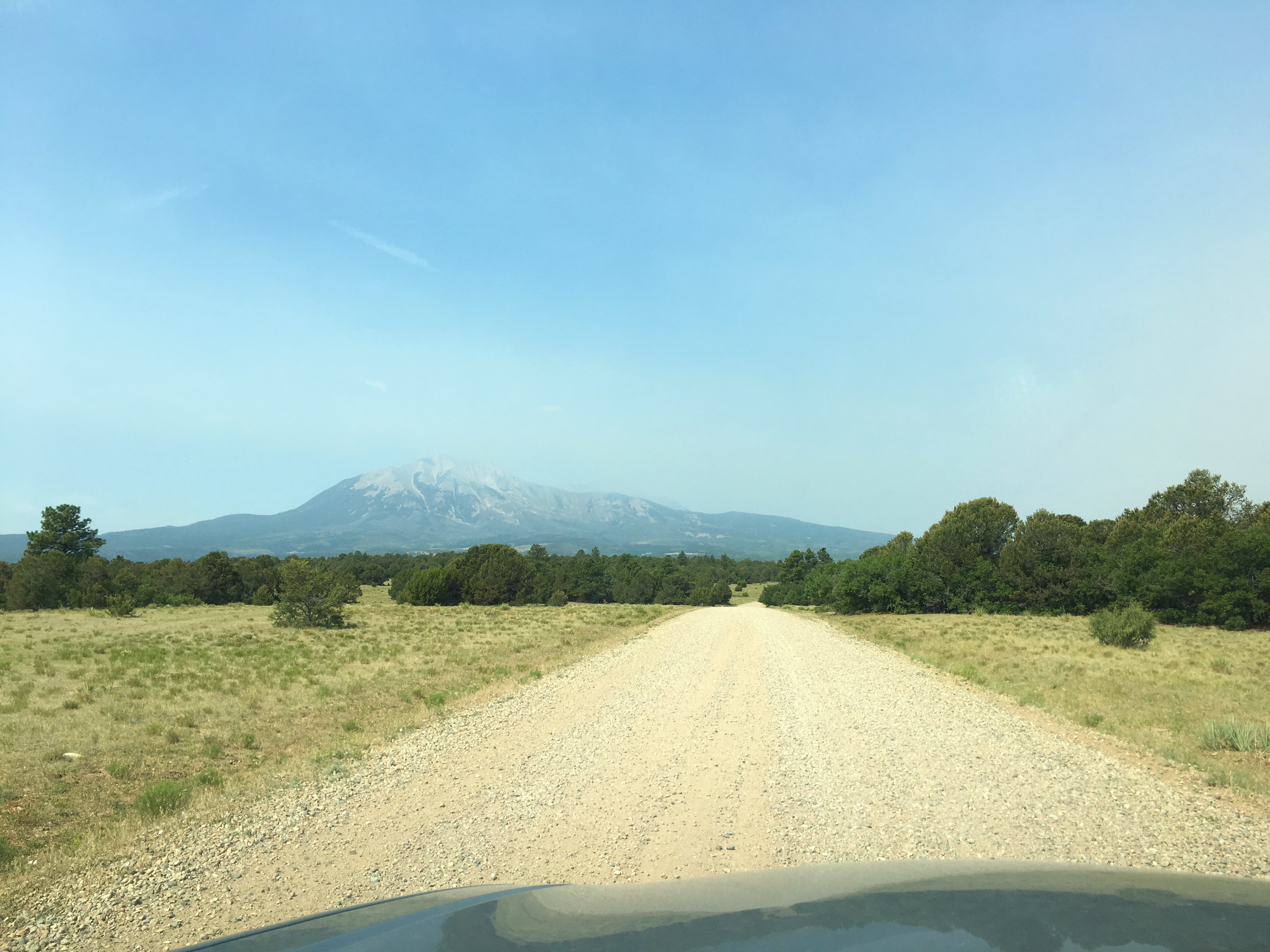