On the Saturday after CPC, I drove north to Green Cove Springs for my niece’s wedding. My flight home from Orlando was scheduled at 6:50, which gave me approximately two-and-a-half hours to be a tourist. I drove into St. Augustine and discovered that every other tourist in Florida had the same idea. The place was crawling with people. I paid $10 for the last spot in a downtown parking lot and walked to Castillo de San Marcos. It too was crawling with people.

The fort was originally built in 1695 by the Spanish. They fought off two attacks by the British and held it until 1763 — a which point they gave it to the British. In 1783, the British gave it back, which makes one wonder what all the fighting was about. In 1821, the Spanish ceded it to the United States.

I didn’t have time to take my time. I walked around the parade ground, climbed the stairs to the upper level and walked around up there, then exited and walked around the outside, all in about half an hour. The rooms inside the walls were not furnished. There were some signs, but I didn’t stop to read any of them. My strategy was to photograph everything and read about it later. 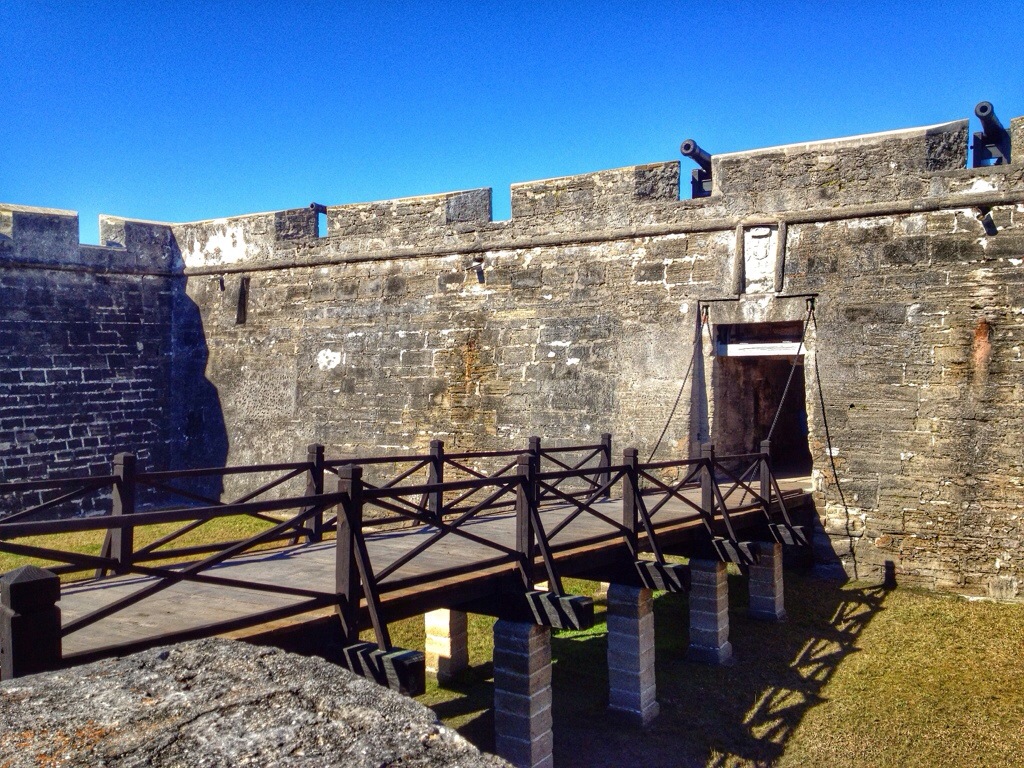 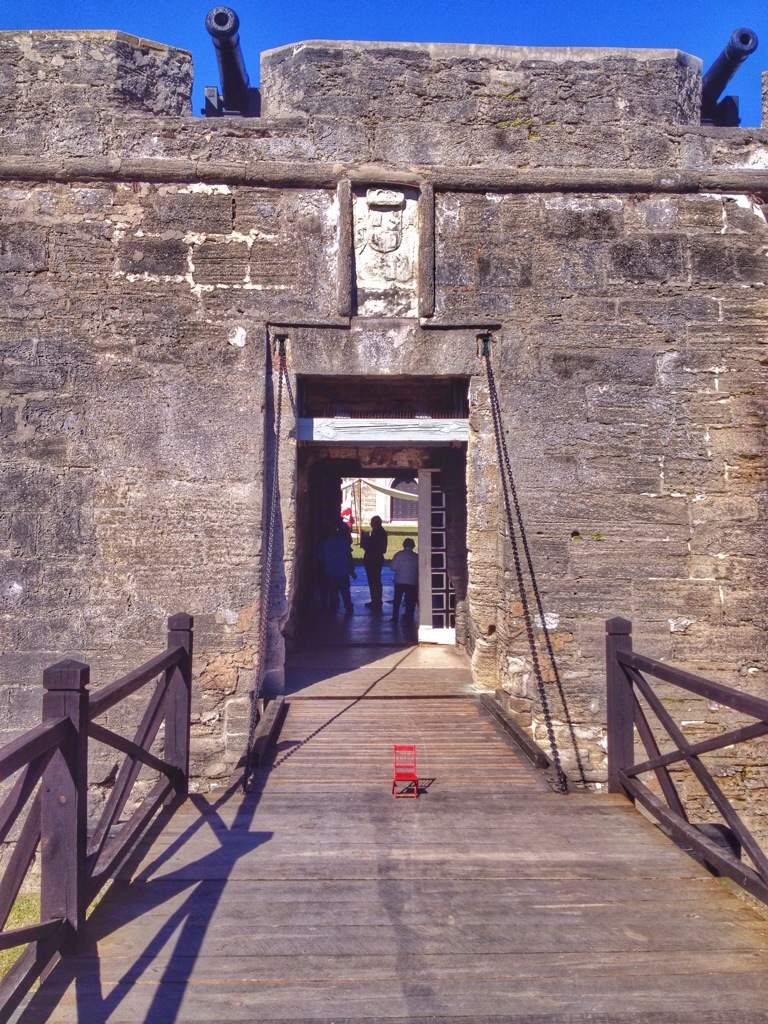 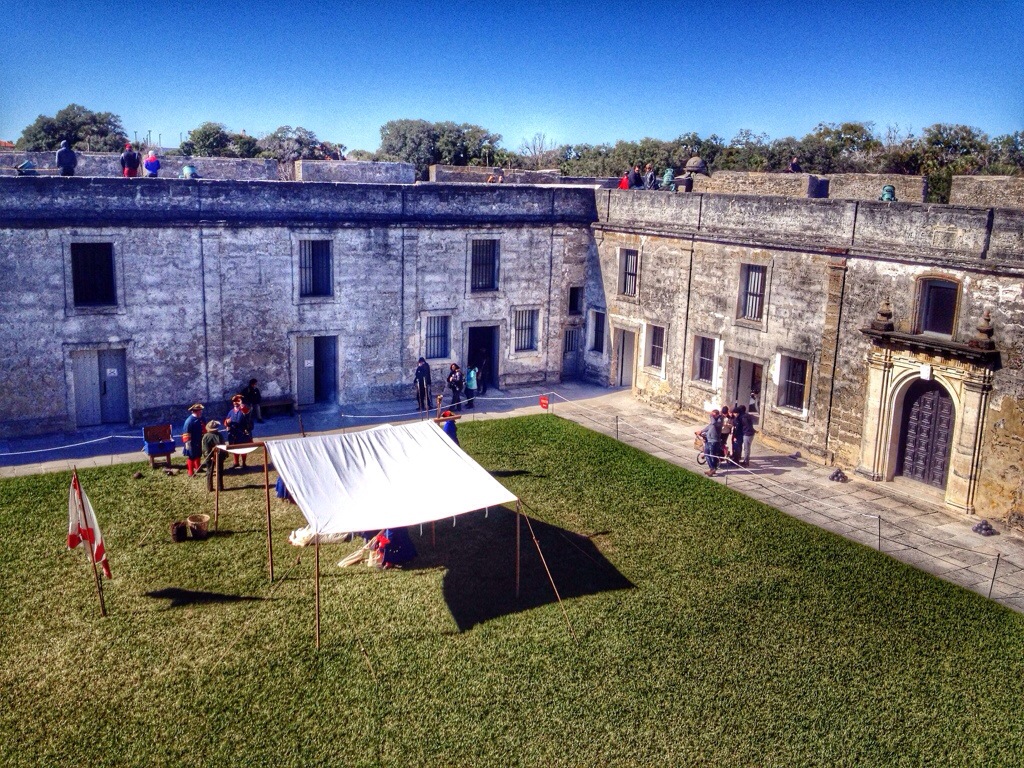 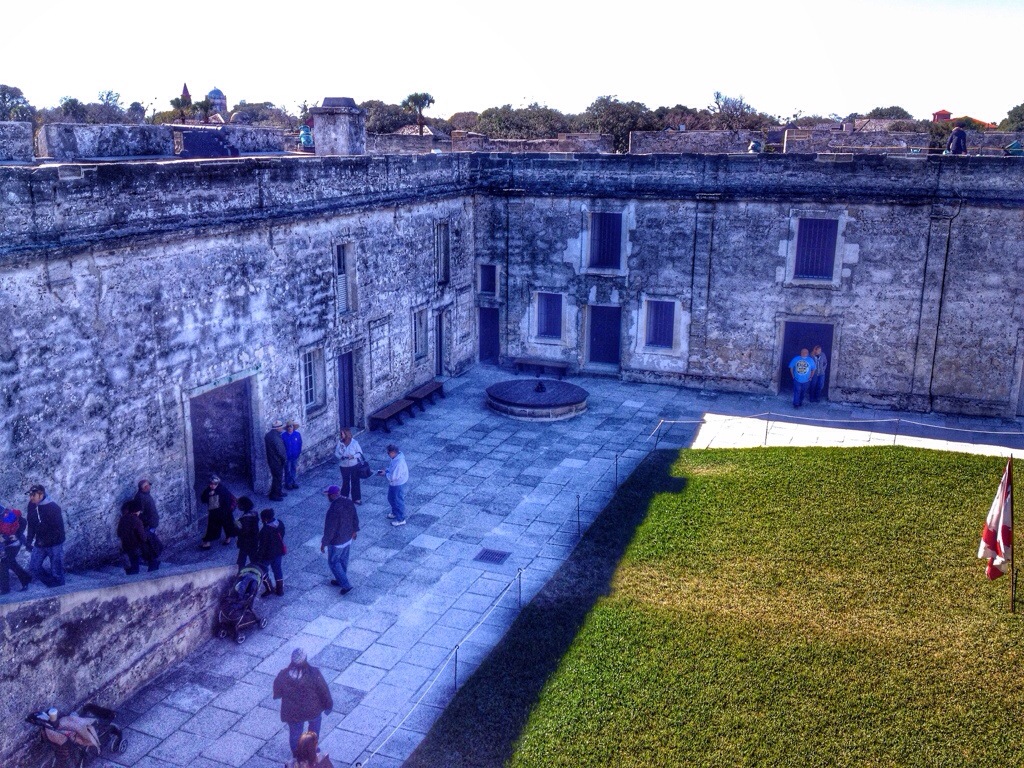 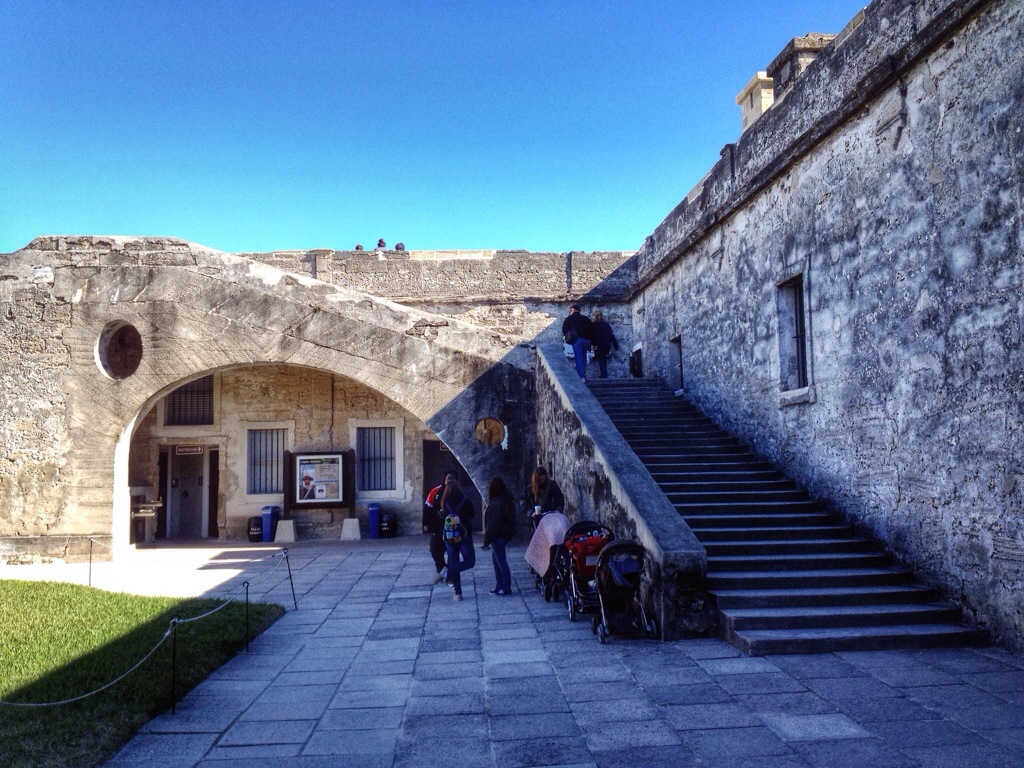 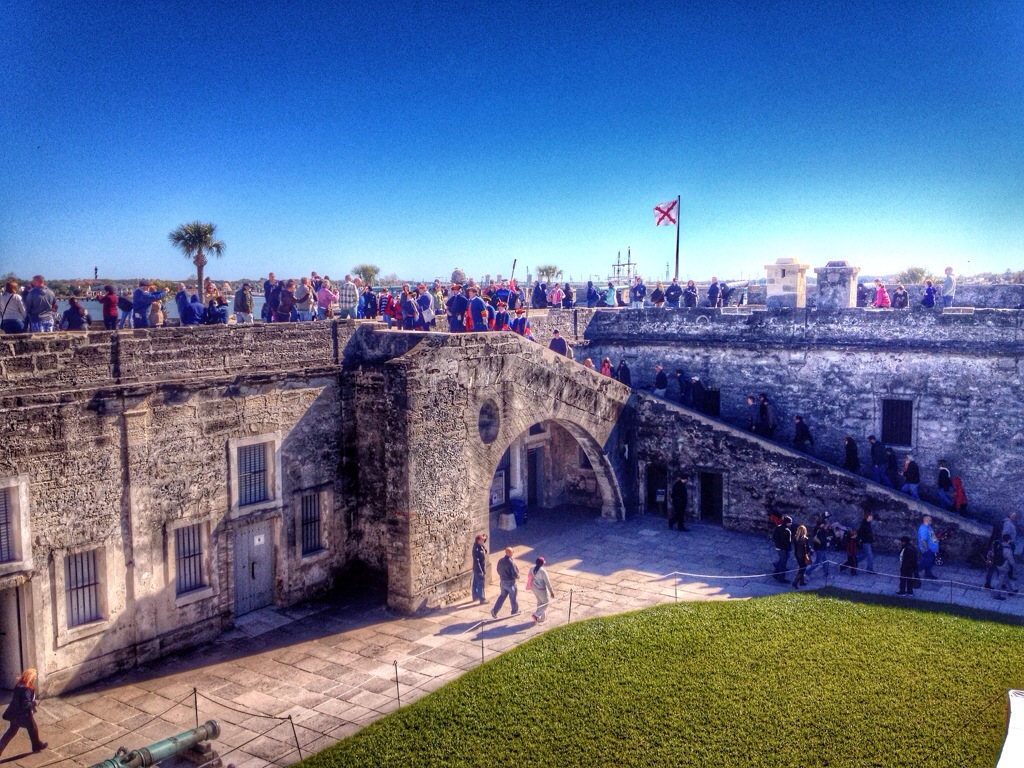 Several reenactors were dressed as Spanish soldiers. When they marched upstairs for a cannon firing demonstration, the tourists followed like sheep. I used the time to take the few photos that don’t include crowds, including the one with the lone soldier who stayed in the parade ground. 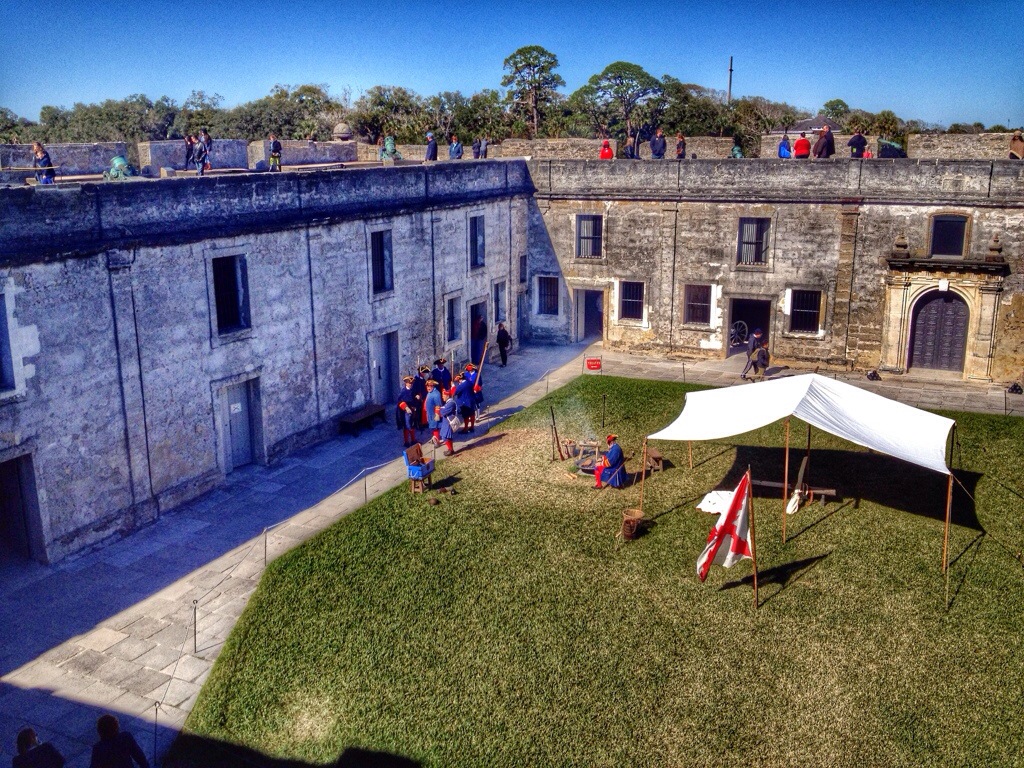 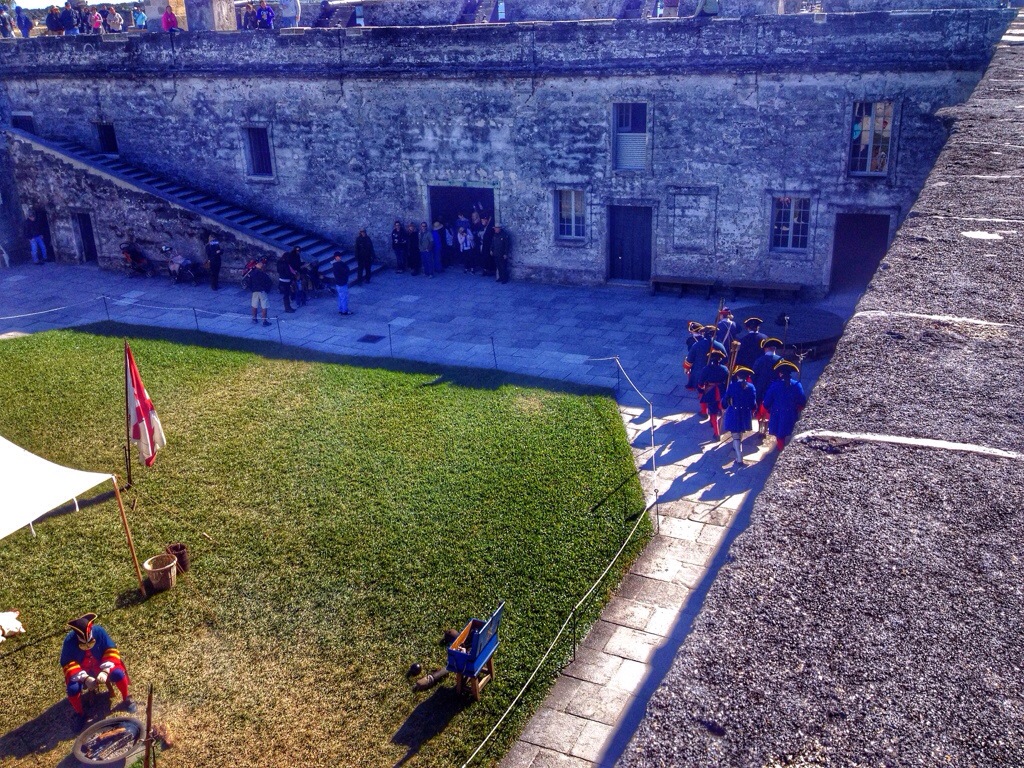 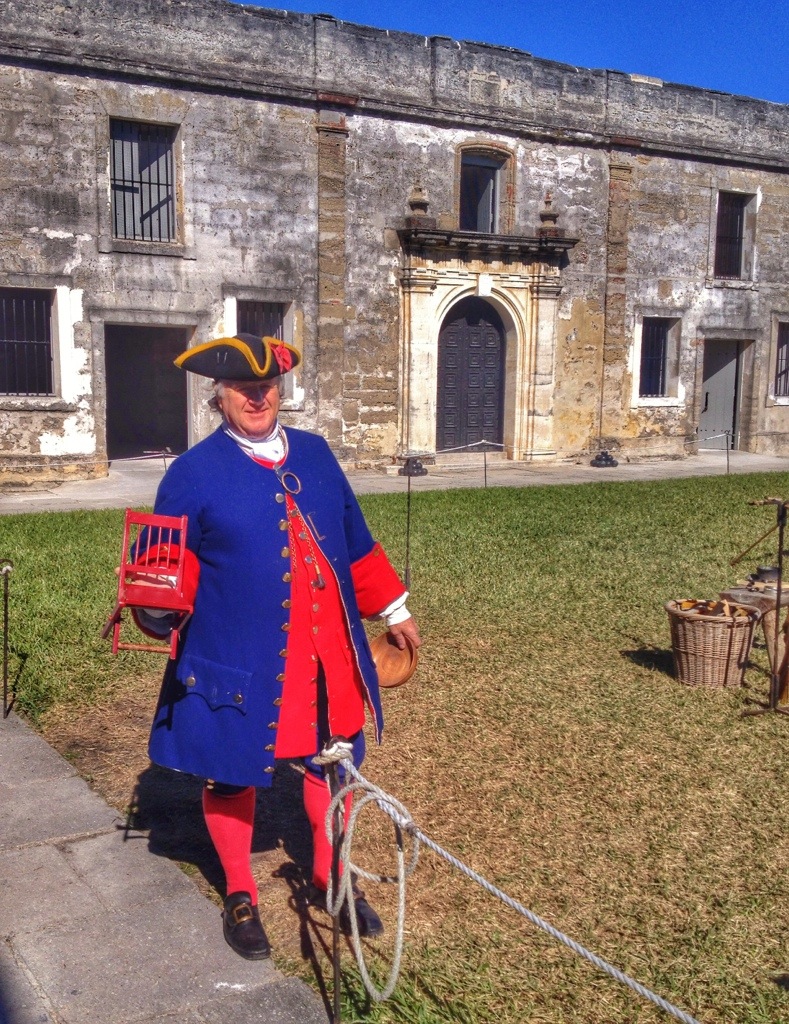 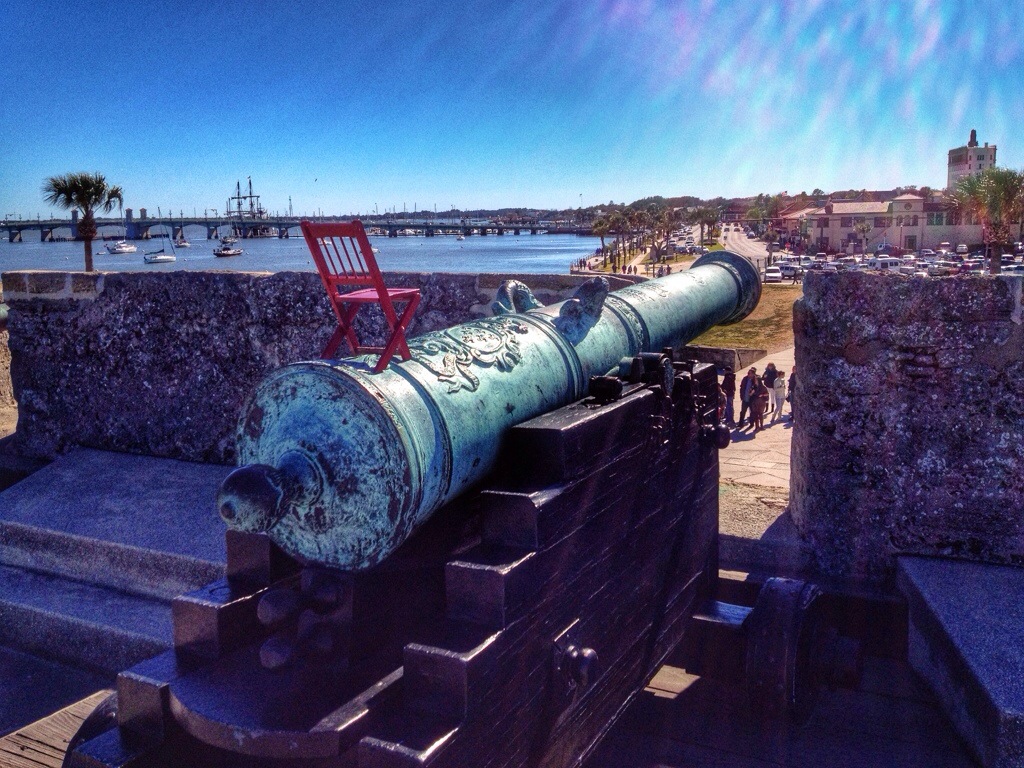 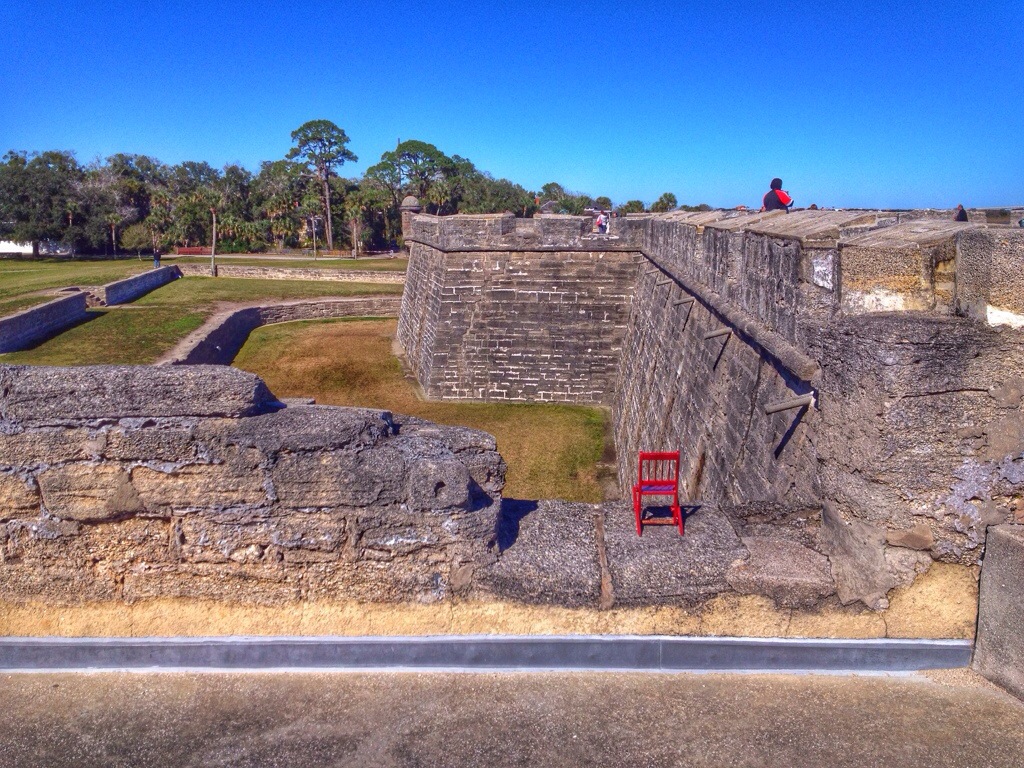 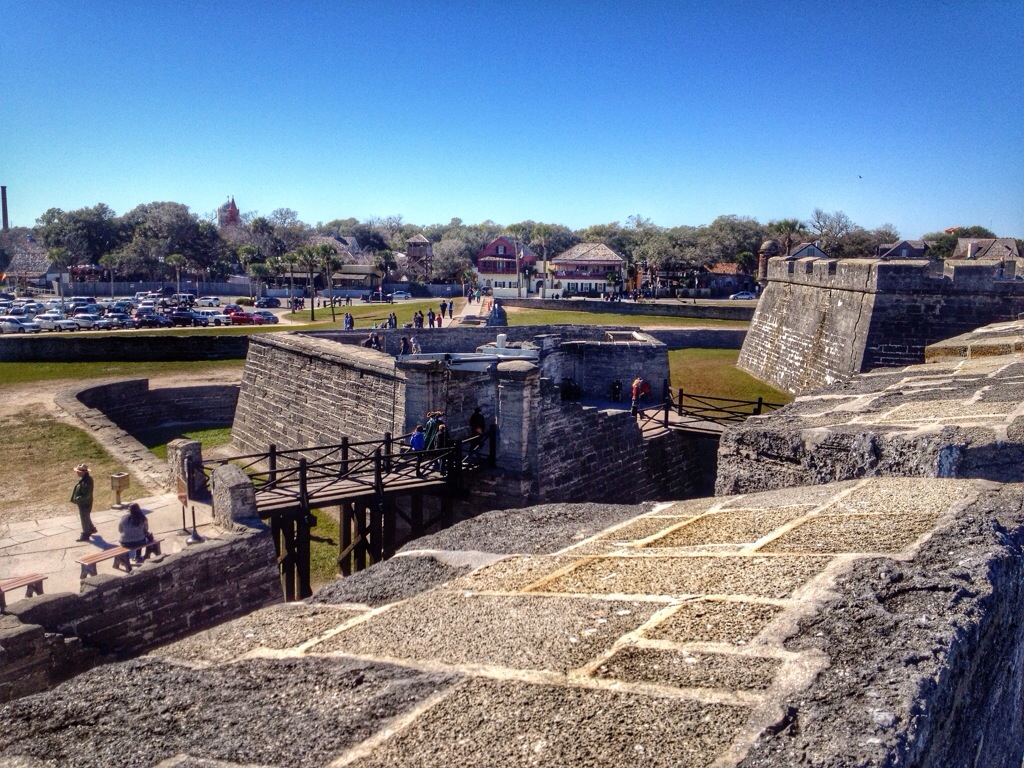 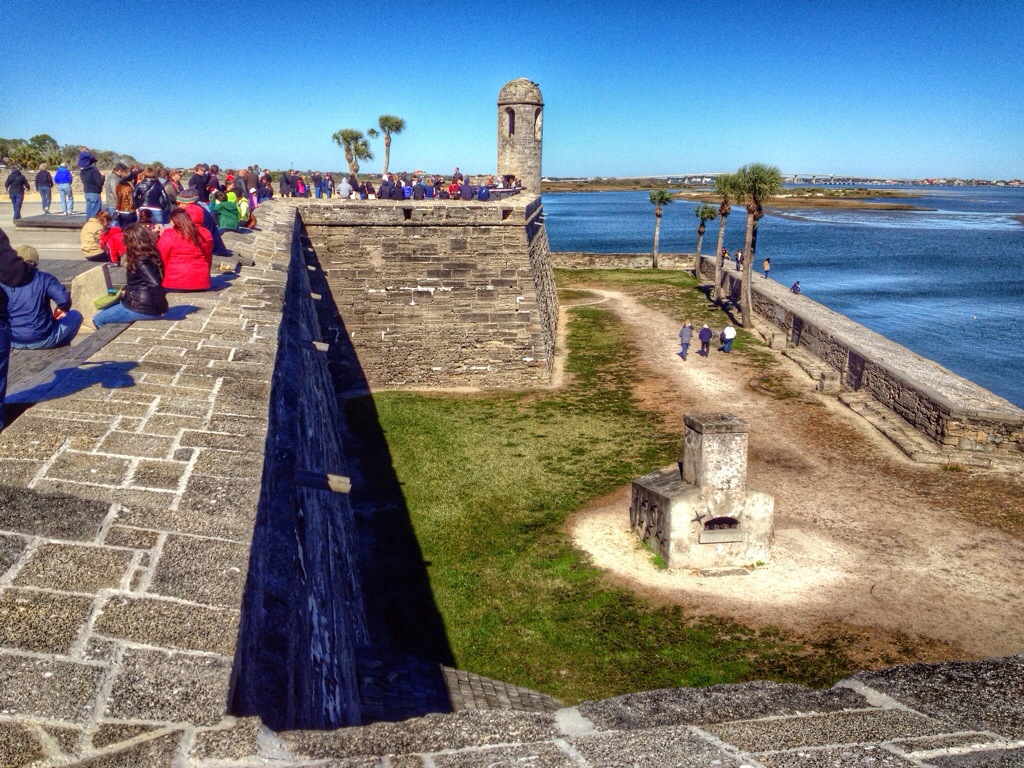 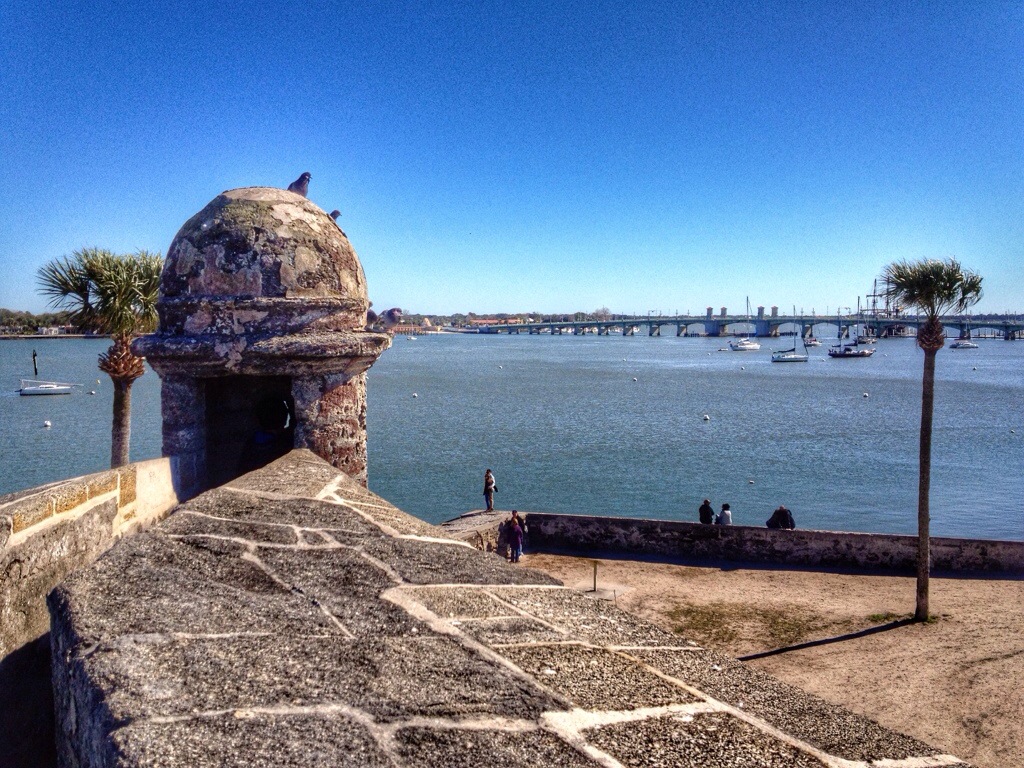 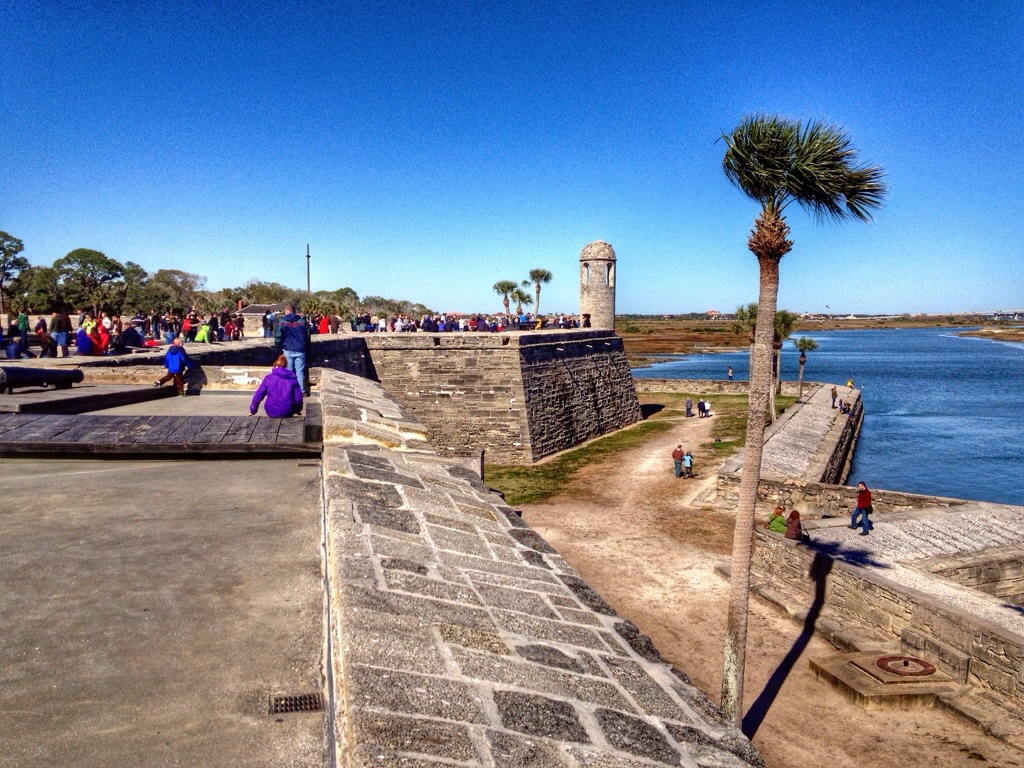 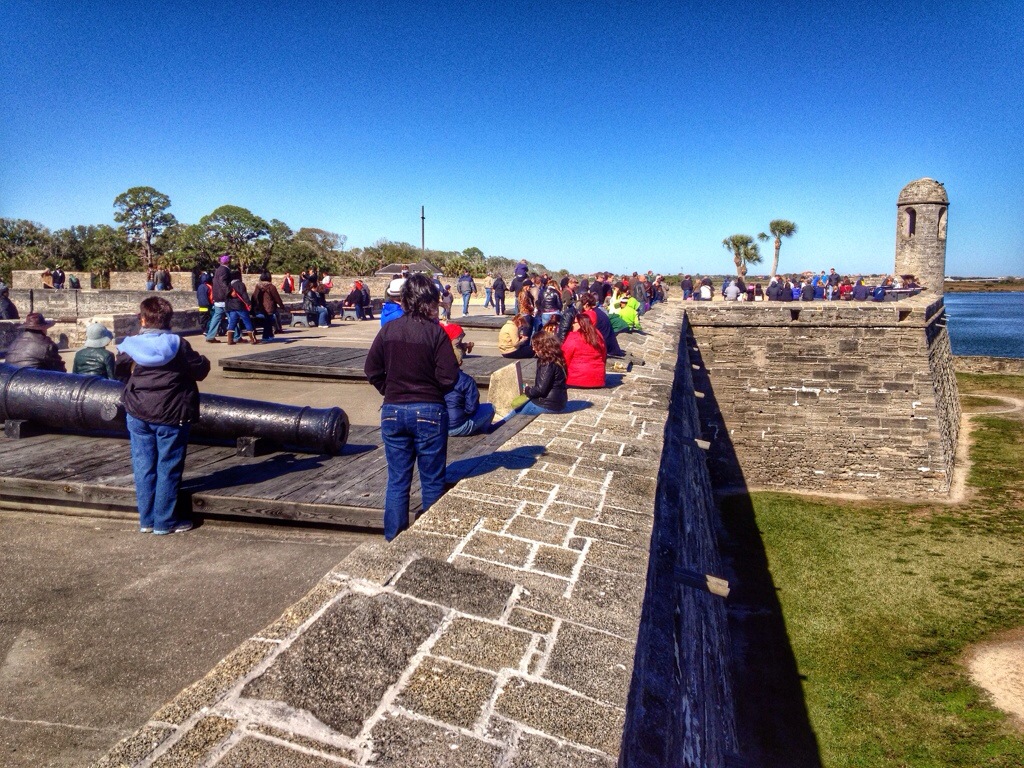 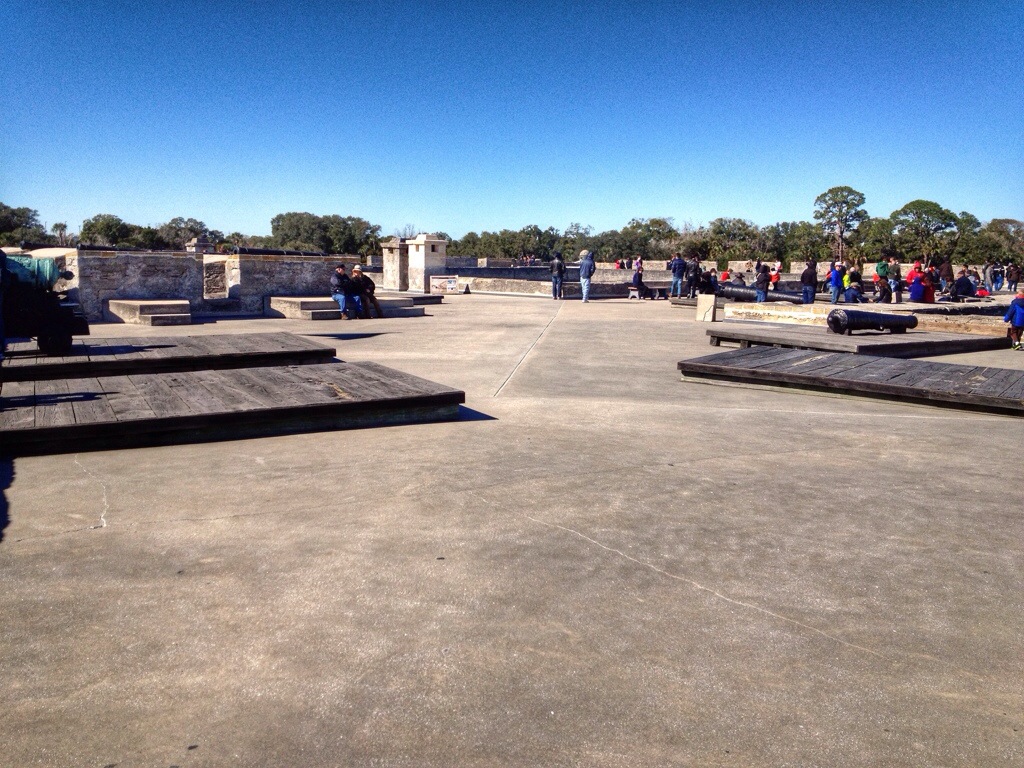 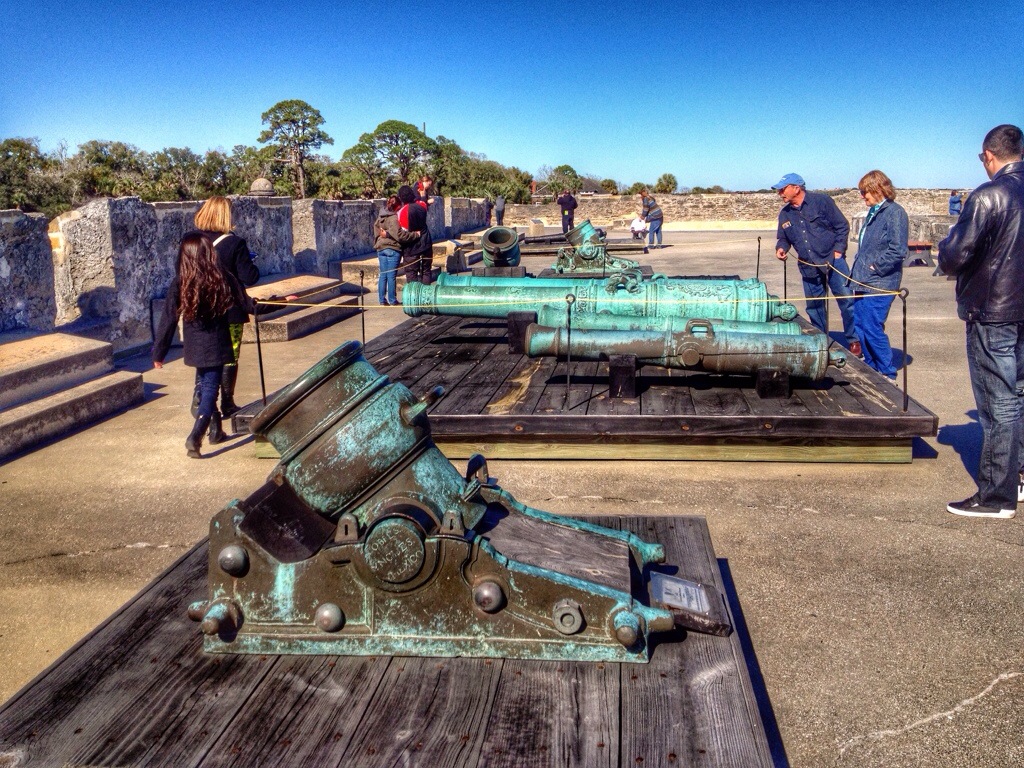 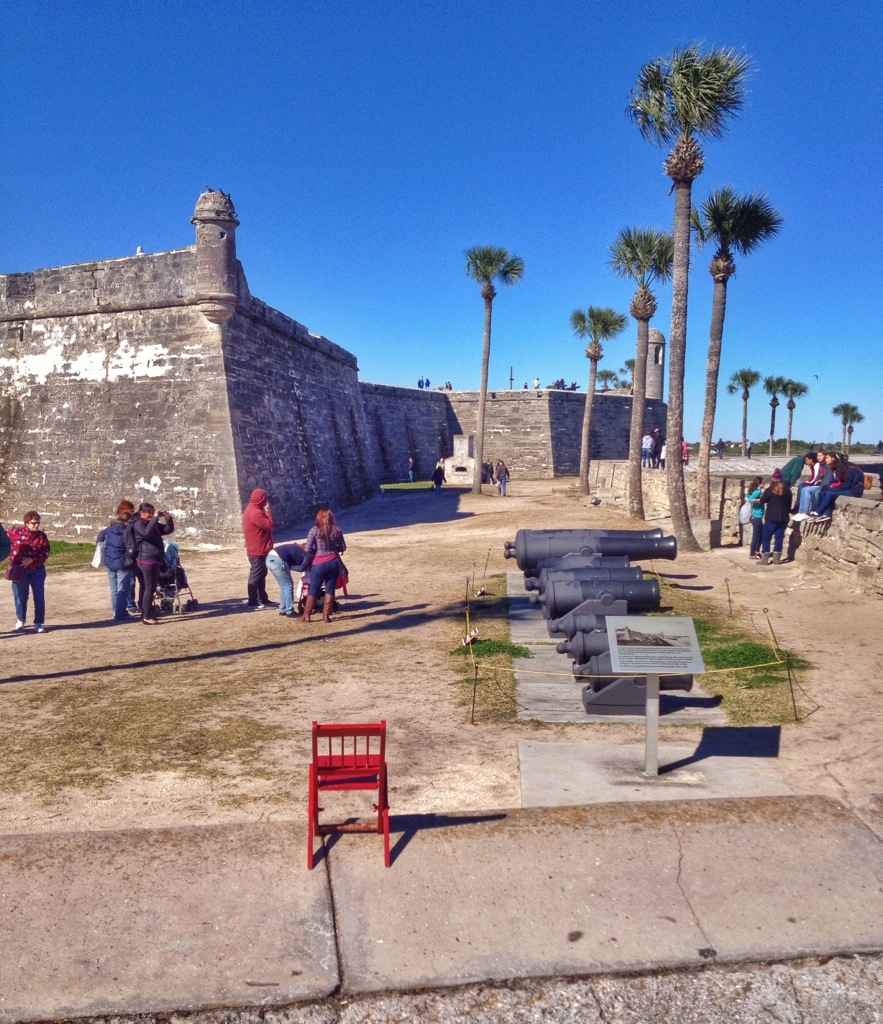 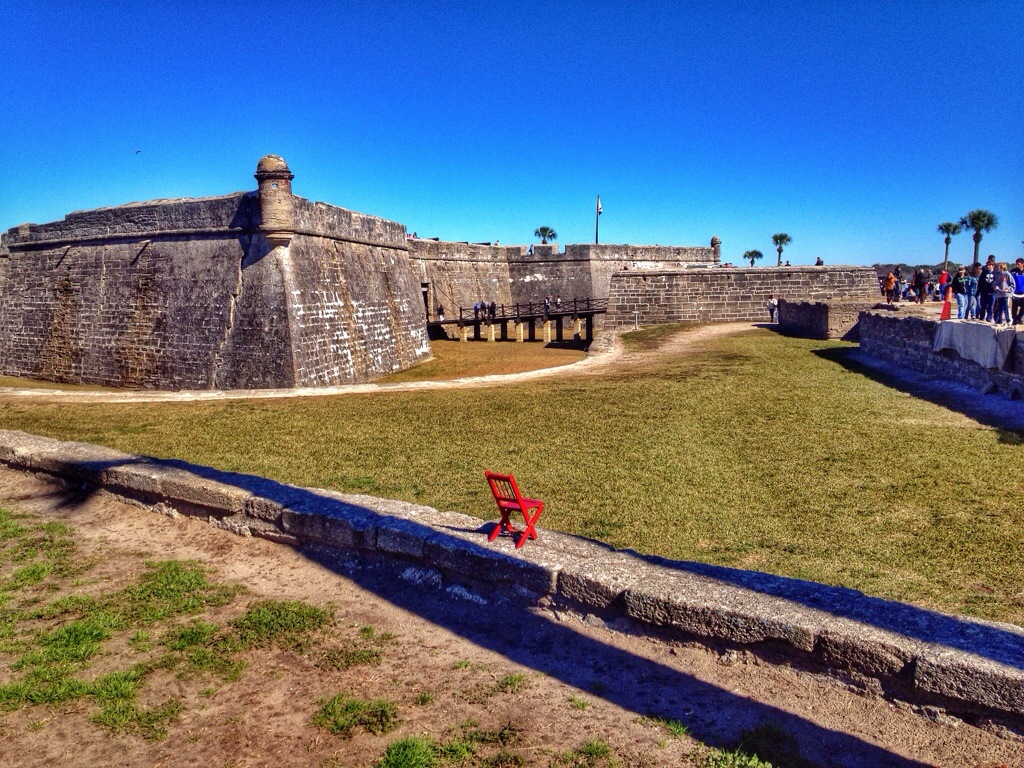 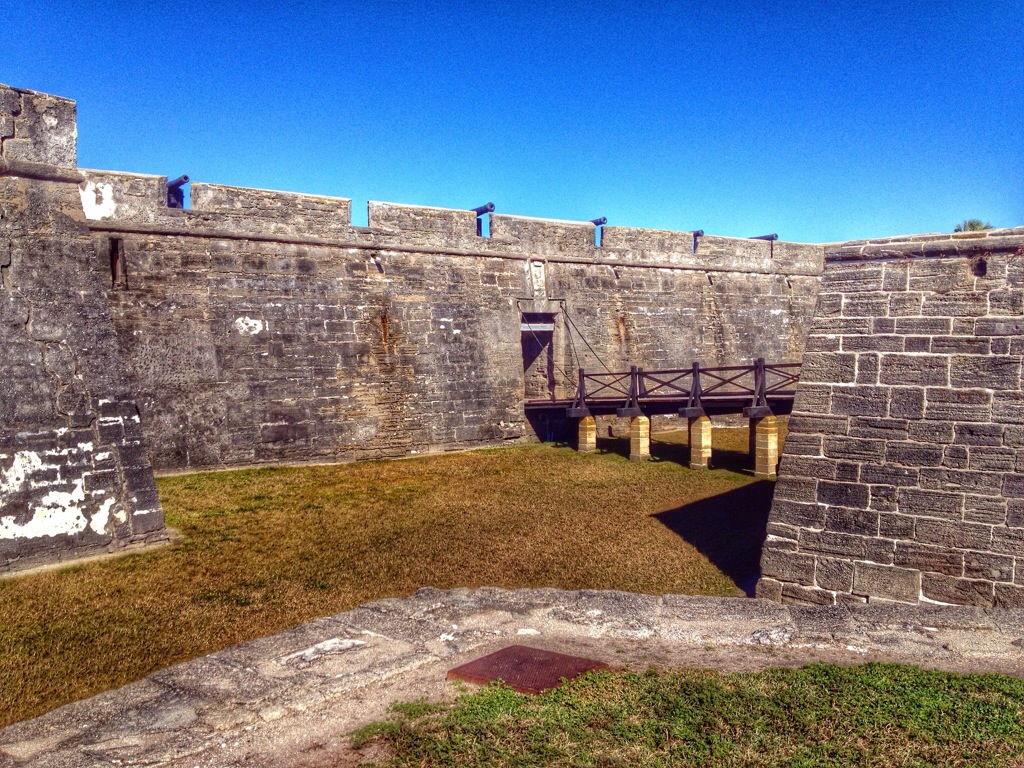 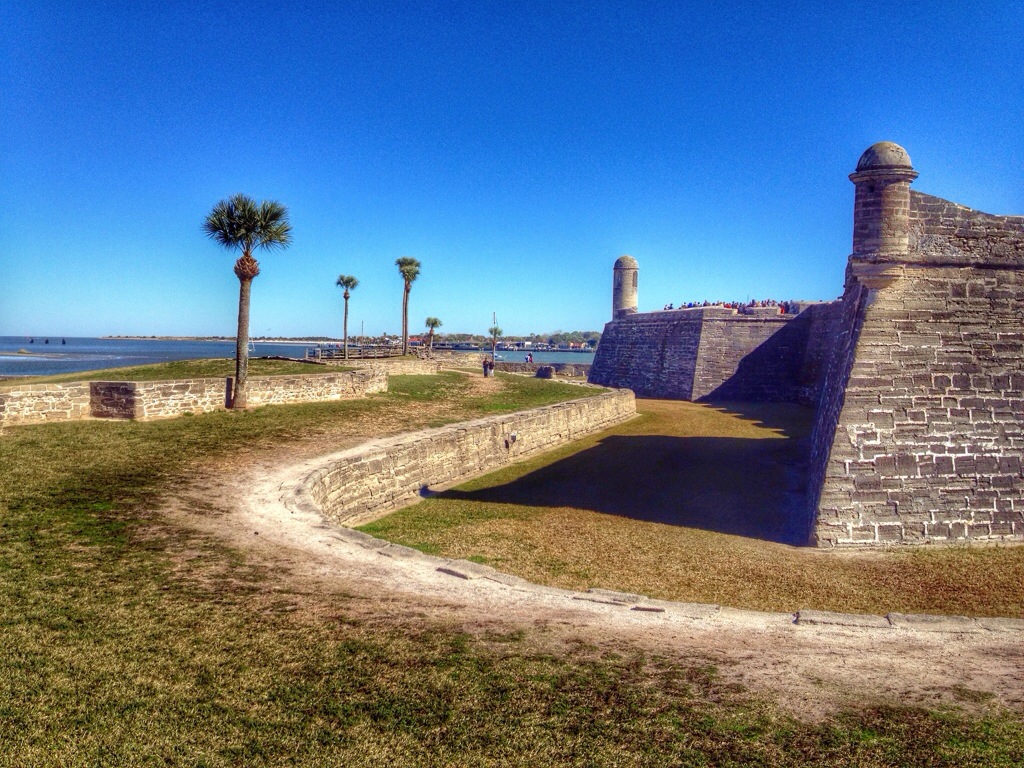 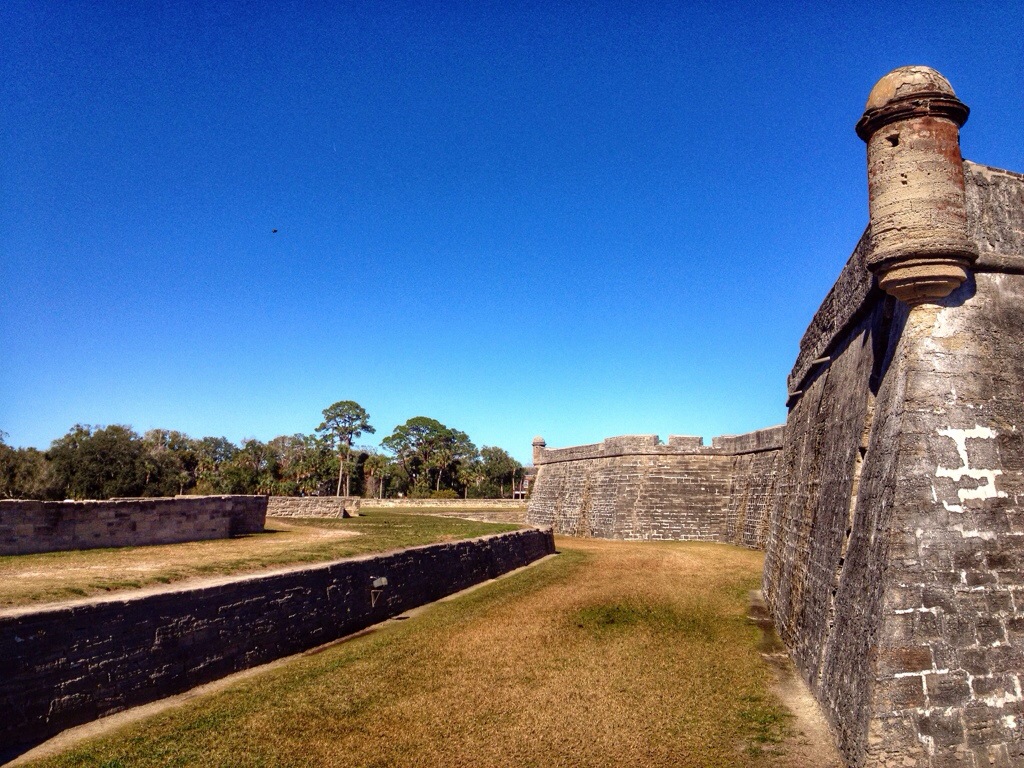 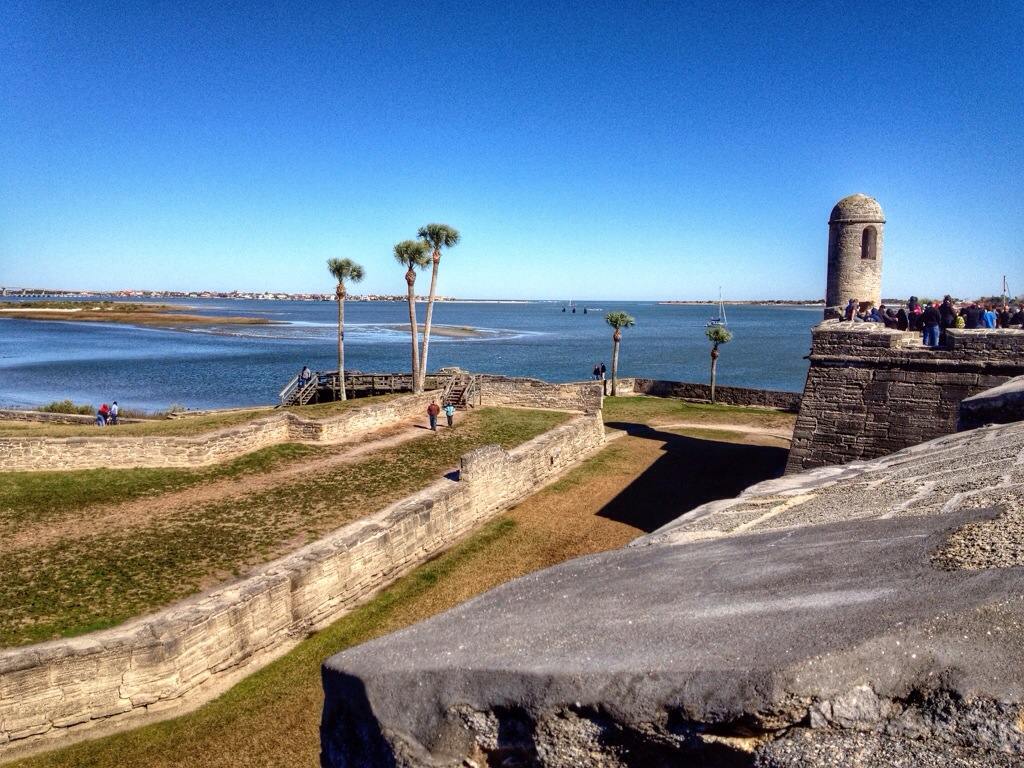 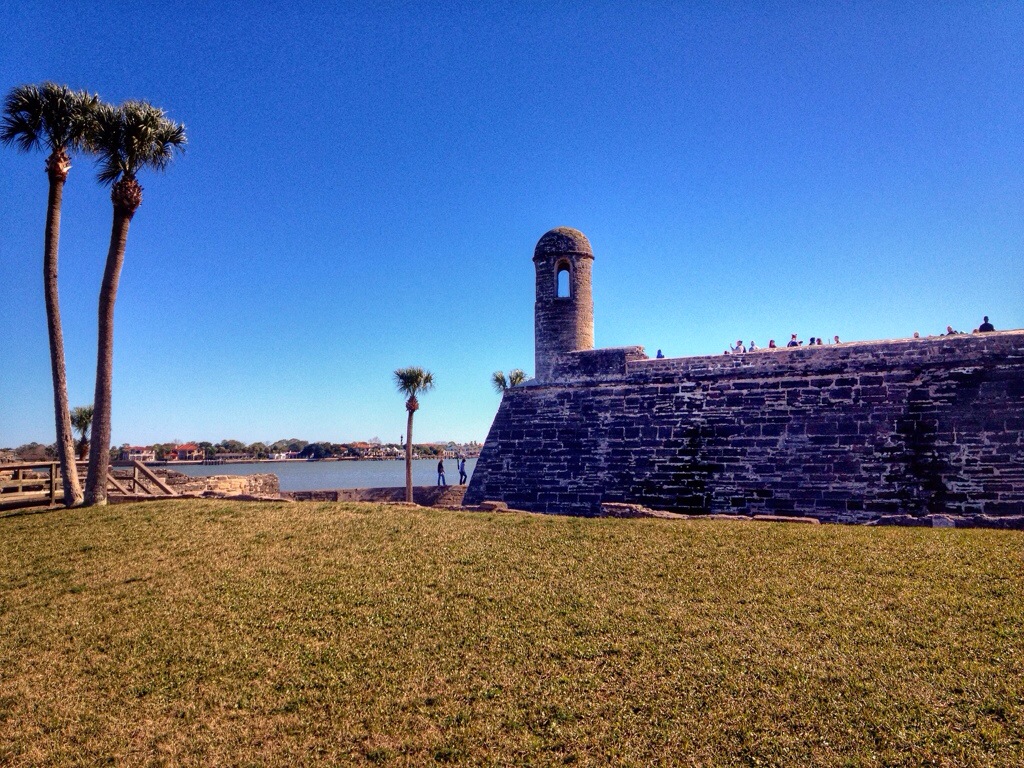 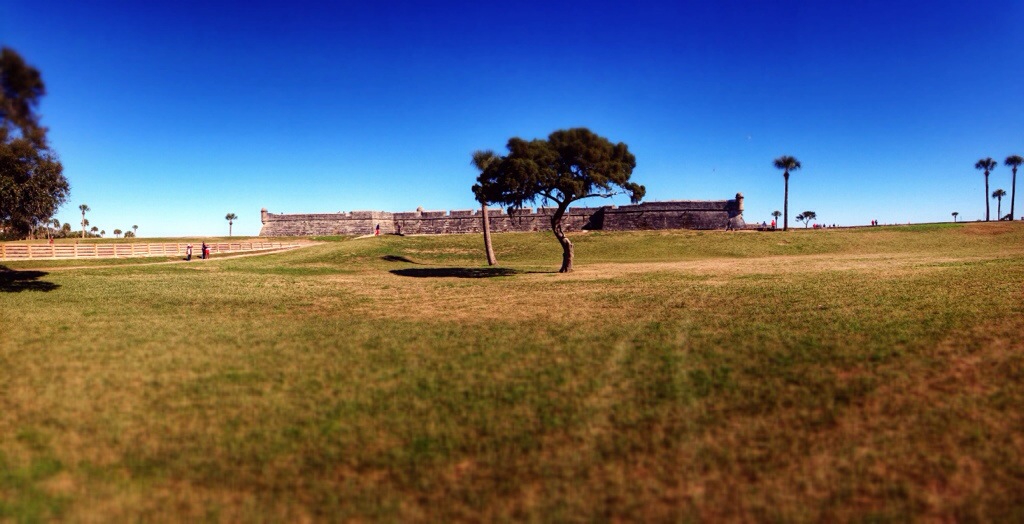 This entry was posted in Forts, National Parks, Red Chair. Bookmark the permalink.