As the final stop on a long, exciting but exhausting vacation, we spent two nights in a sleazy motel in Chattanooga, Tennessee. We spent all morning on this day seeing the sites on Lookout Mountain — Rock City, Ruby Falls, the Incline Railroad and, of course, the battlefield. What there was of it. 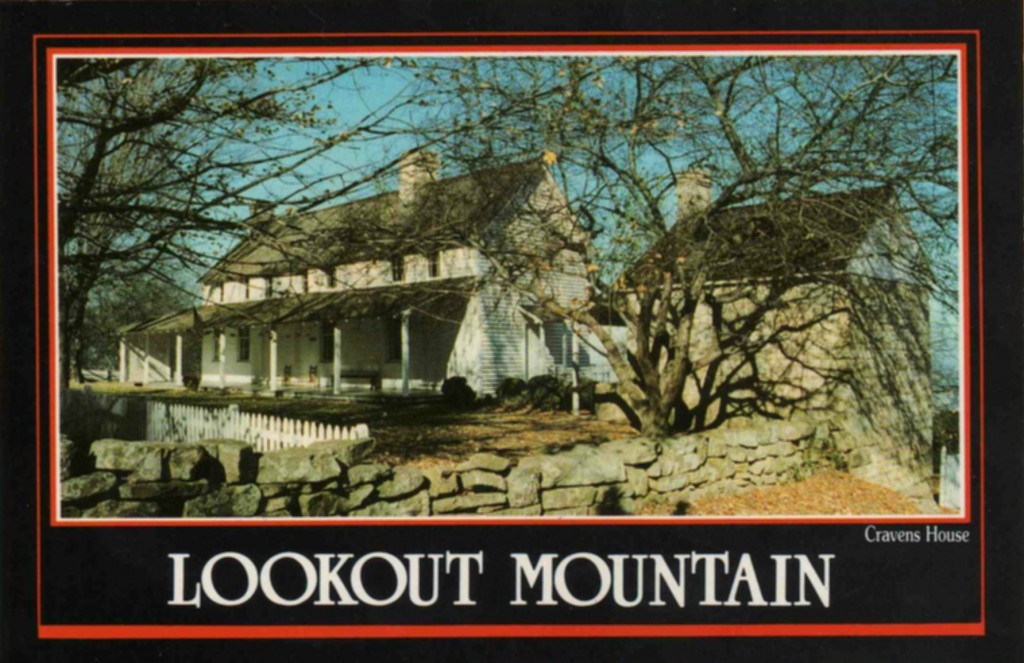 We toured the Craven House, where Union soldiers overwhelmed a much smaller Confederate force. The house was destroyed during the war, but rebuilt on the same foundation immediately after. My wife enjoyed looking at the period furniture. I enjoyed the view from the kids’ bedroom upstairs. Imagine being a kid and being able to look out your bedroom window onto a spectacular view of Chattanooga, the Tennessee River, and the mountains. 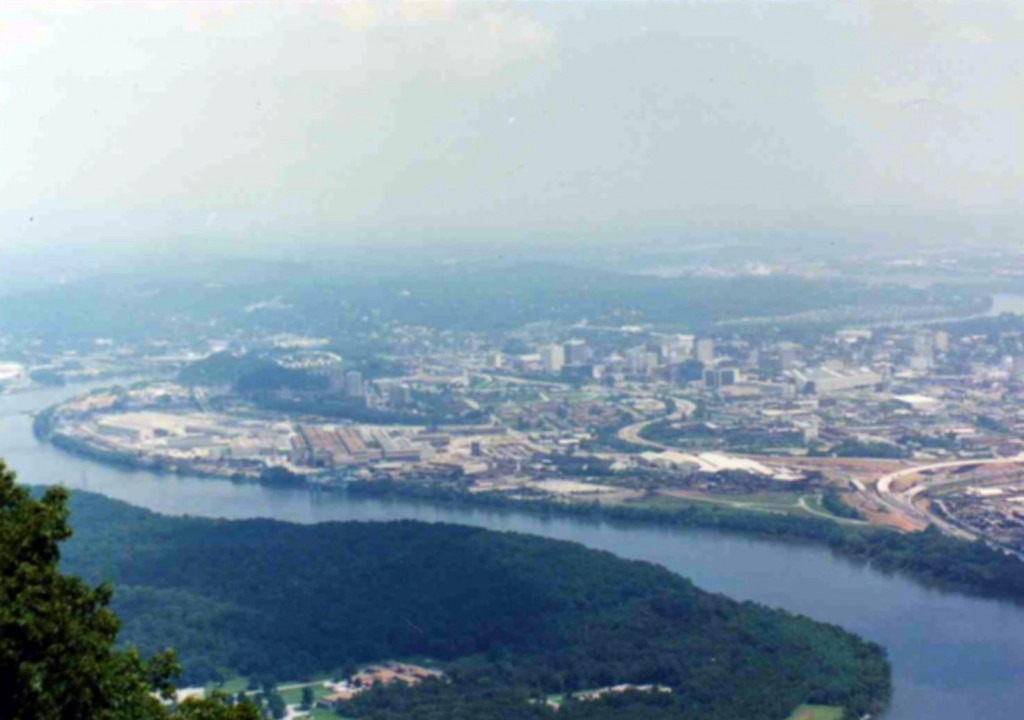 We then drove up to Point Park and hung around there for exactly 30 minutes. I know this because that’s how much time we had on our parking meter and a cop on a motorcycle (prominently marked “Meter Patrol”) was hovering around the area handing out tickets like candy. We hiked around the tip of the mountain. Then, while I made a quick swing through the small museum, my wife and daughter went to a gift shop and bought T-shirts. I beat them back to the car and watched in frustration (and with no loose change) as the meter ran out. My wife had the car keys. It was just a matter of who showed up first, her or the cop. My wife won. 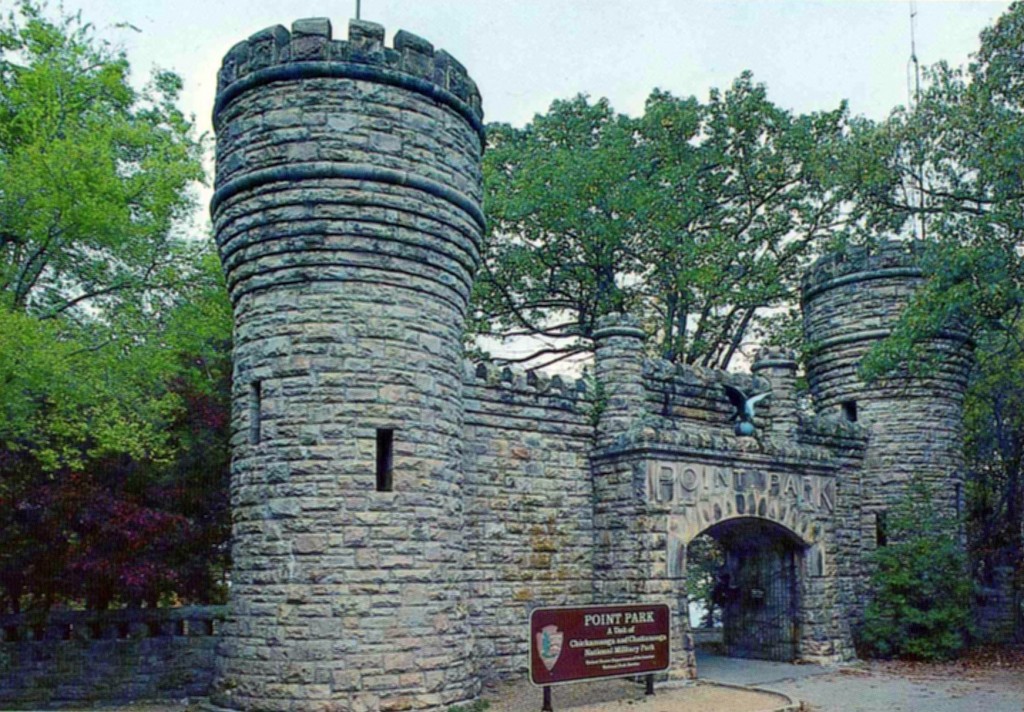 Later I took a photo of Lookout Mountain and Missionary Ridge from the balcony of our sleazy motel. Note the barb-wire fence around the parking lot. 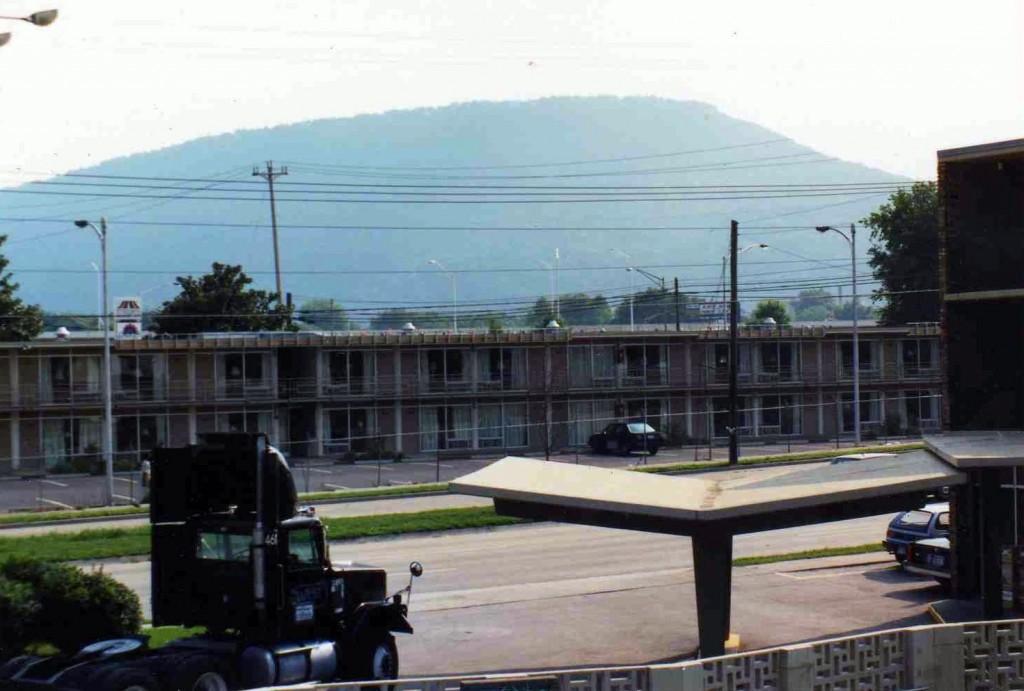 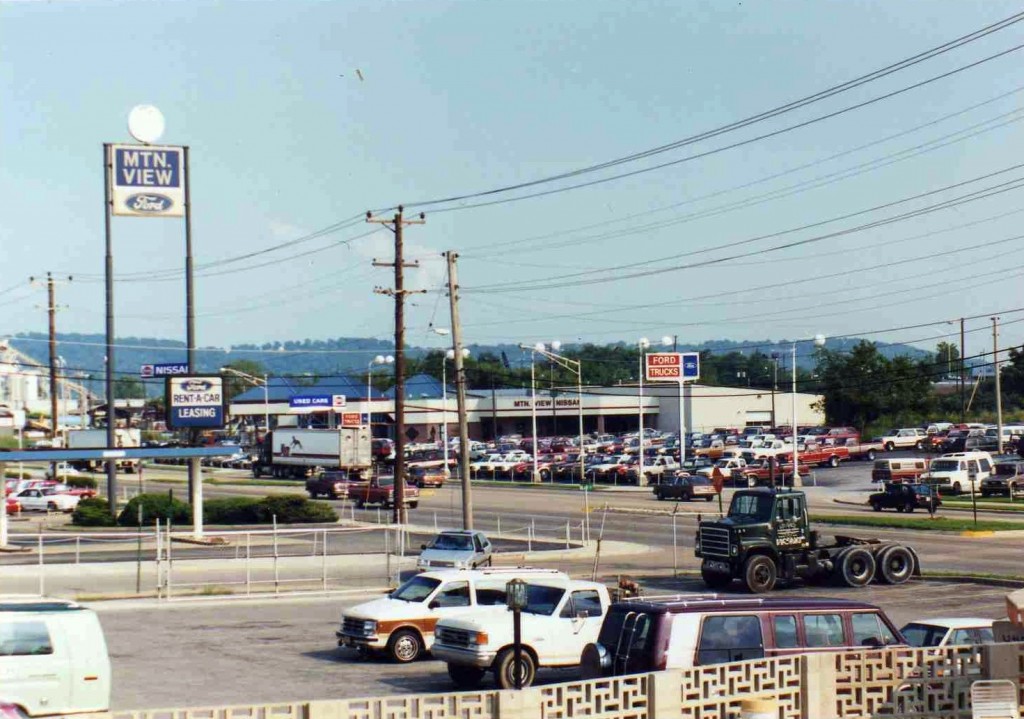