When Ronald Reagan was a young boy in Tampico, he attended this church with his mother Nelle. His father Jack and his brother Neil attended St. Mary’s Catholic Church two blocks away.

The church opened on April 4, 1903. The building cost $3,800 to build. Our tour guide told us that Reagan attended the church when he visited Tampico in 1982 (I think). She and her grandson sat four rows behind the President and his entourage. That sounded impressive until I saw the church and realized there can’t possibly be more than five or six rows in the entire sanctuary. 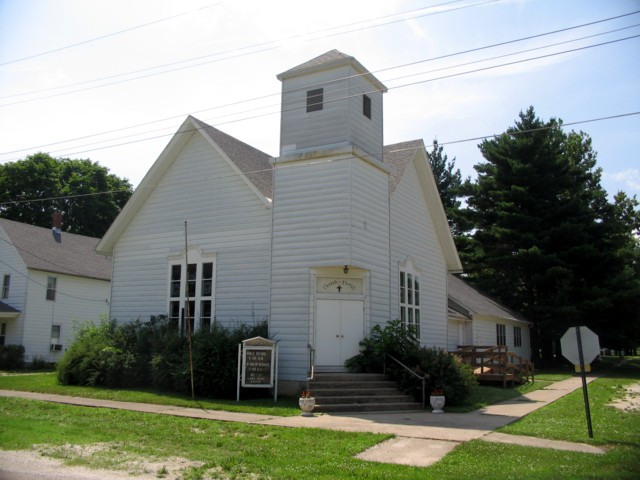