The forecast for Saturday was HOT. We got up early and drove an hour to Colorado National Monument. When we arrived, it was already warm but not oppressively so. Locals were still using part of the park road for their morning commute, and they had little patience with slow-moving tourists like us. I pulled over when I could to let them pass.

We stopped at almost every overlook. The landscape was very different from Black Canyon of the Gunnison, but no less impressive. 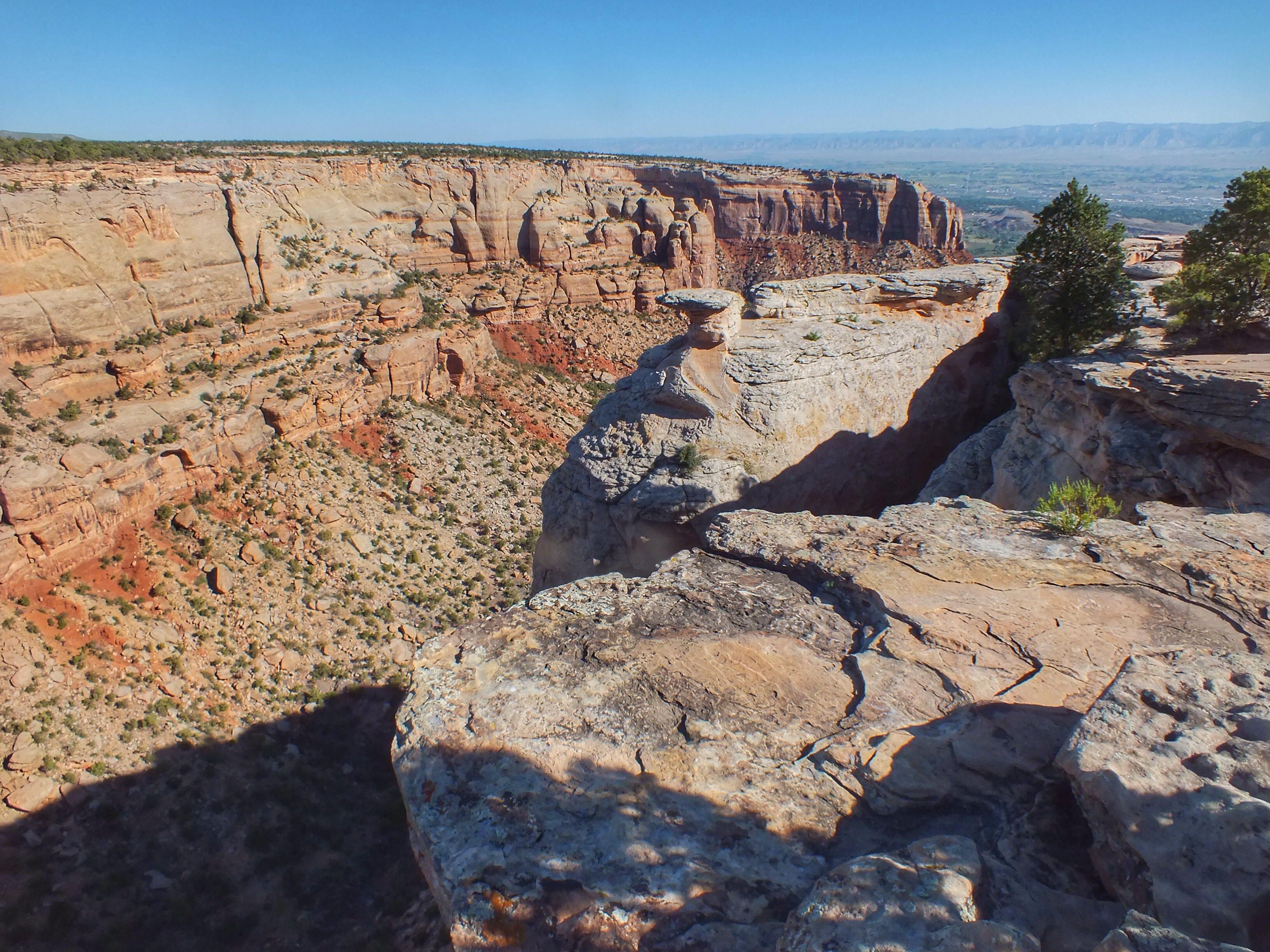 We were at this overlook when several ravens flew over, calling. I thought they sounded a little higher-pitched than usual and was just thinking that they might be Chihuahuan Ravens when I saw the white neck feathers. I thought that confirmed it, but then I found out that Chihuahuan Ravens have never been seen anywhere near here. So I have no idea. It might be a Common Raven with some kind of aberration or molt. 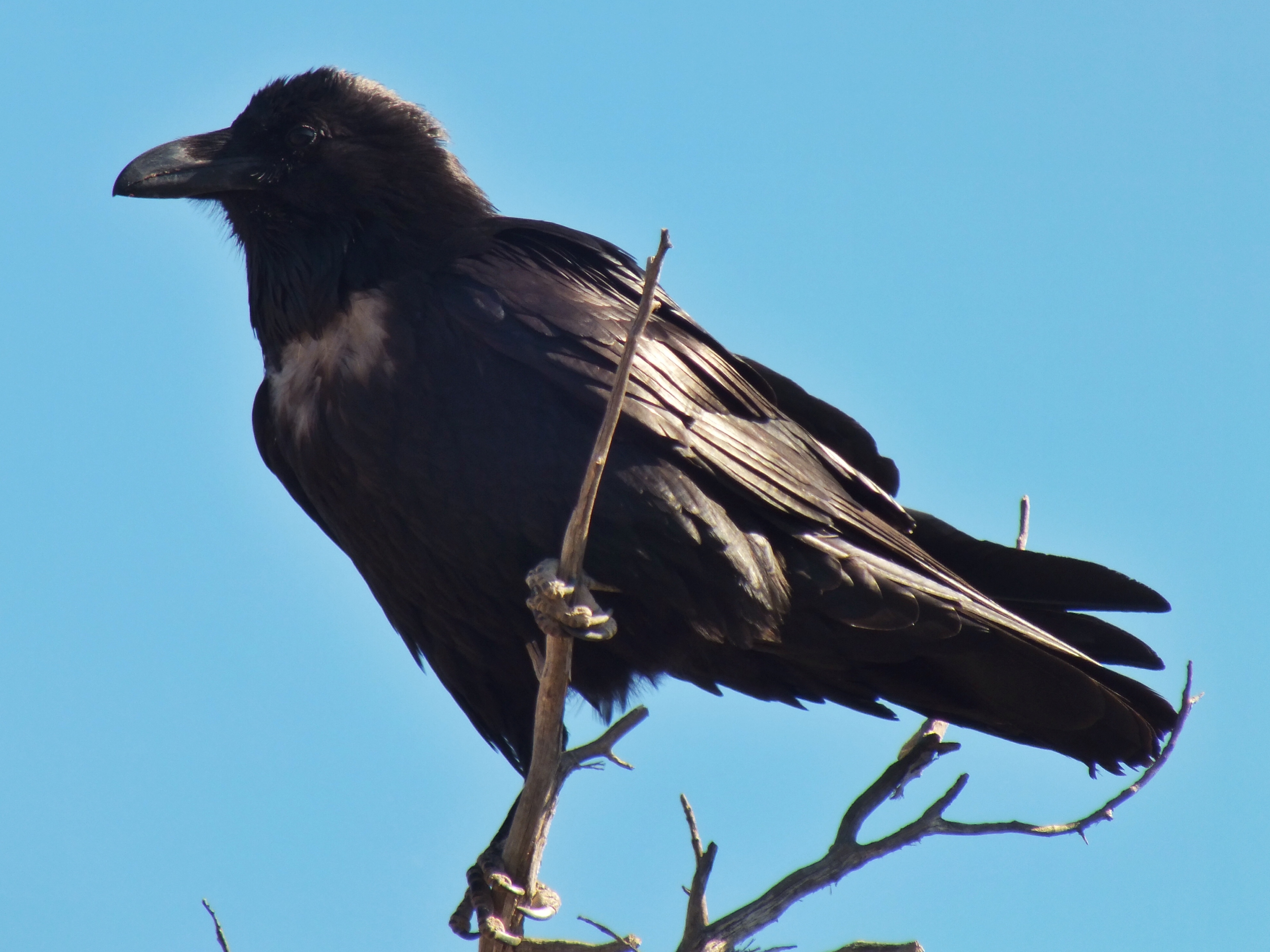 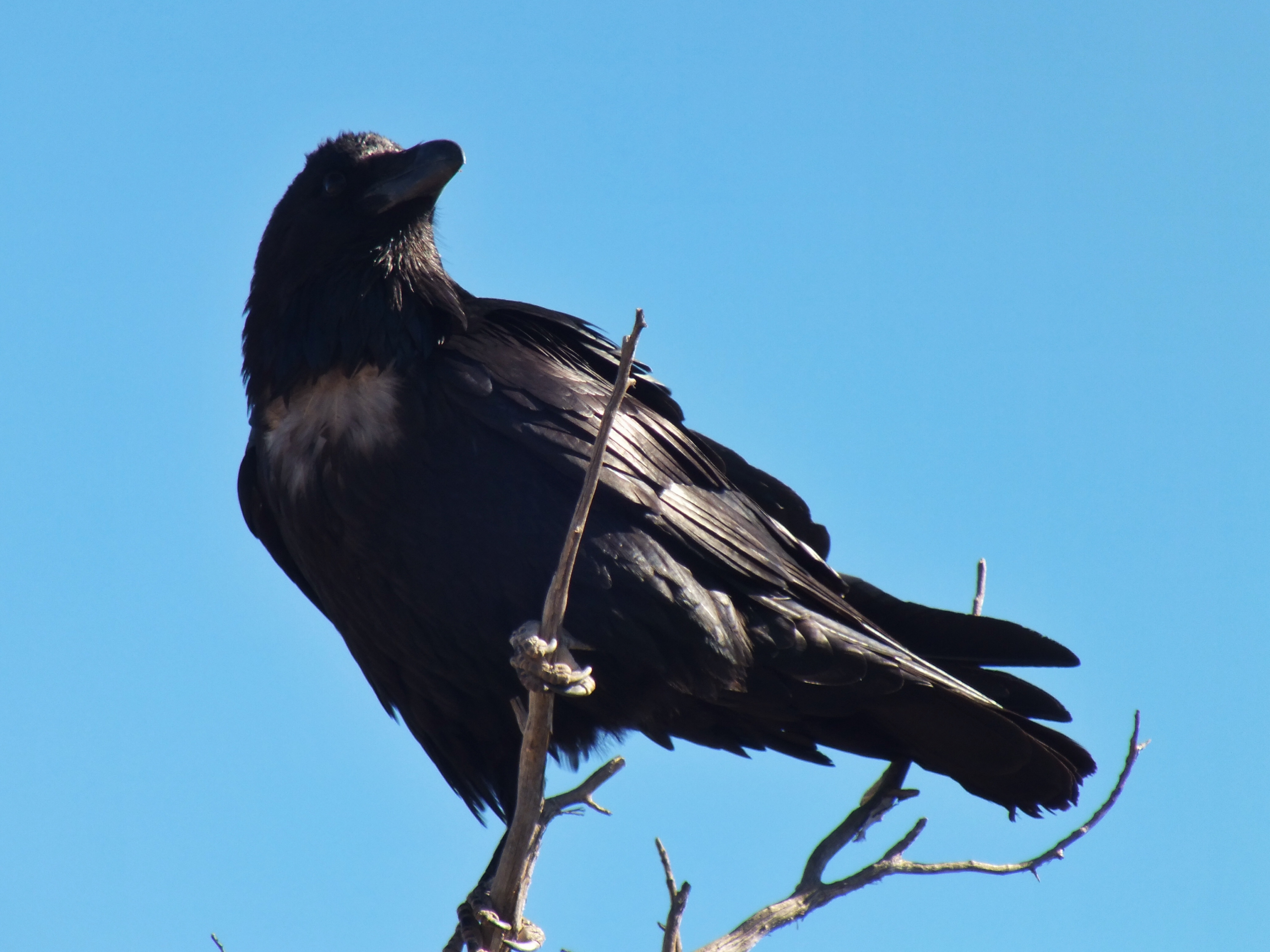 Here’s some more of what we saw in no particular order. 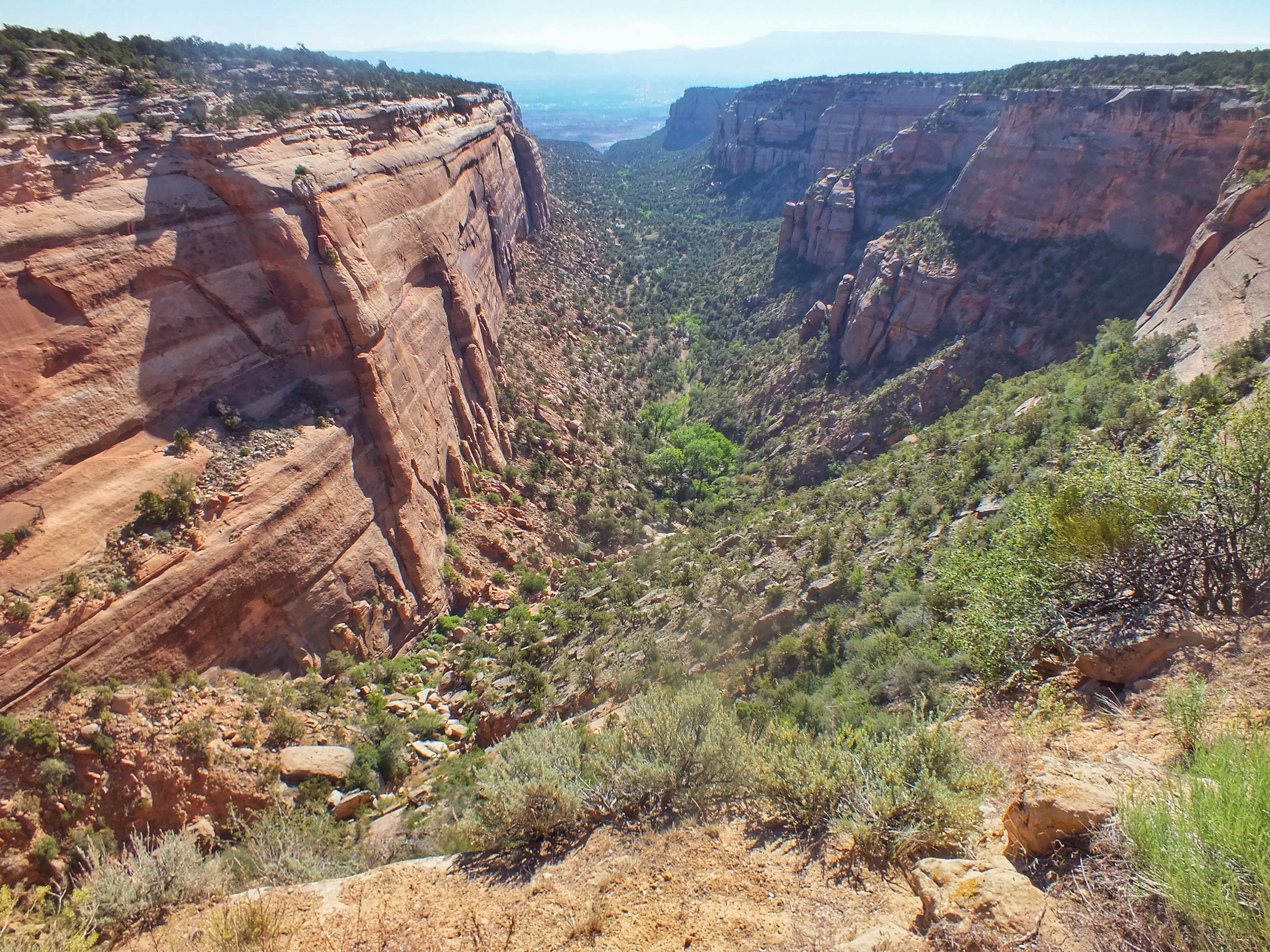 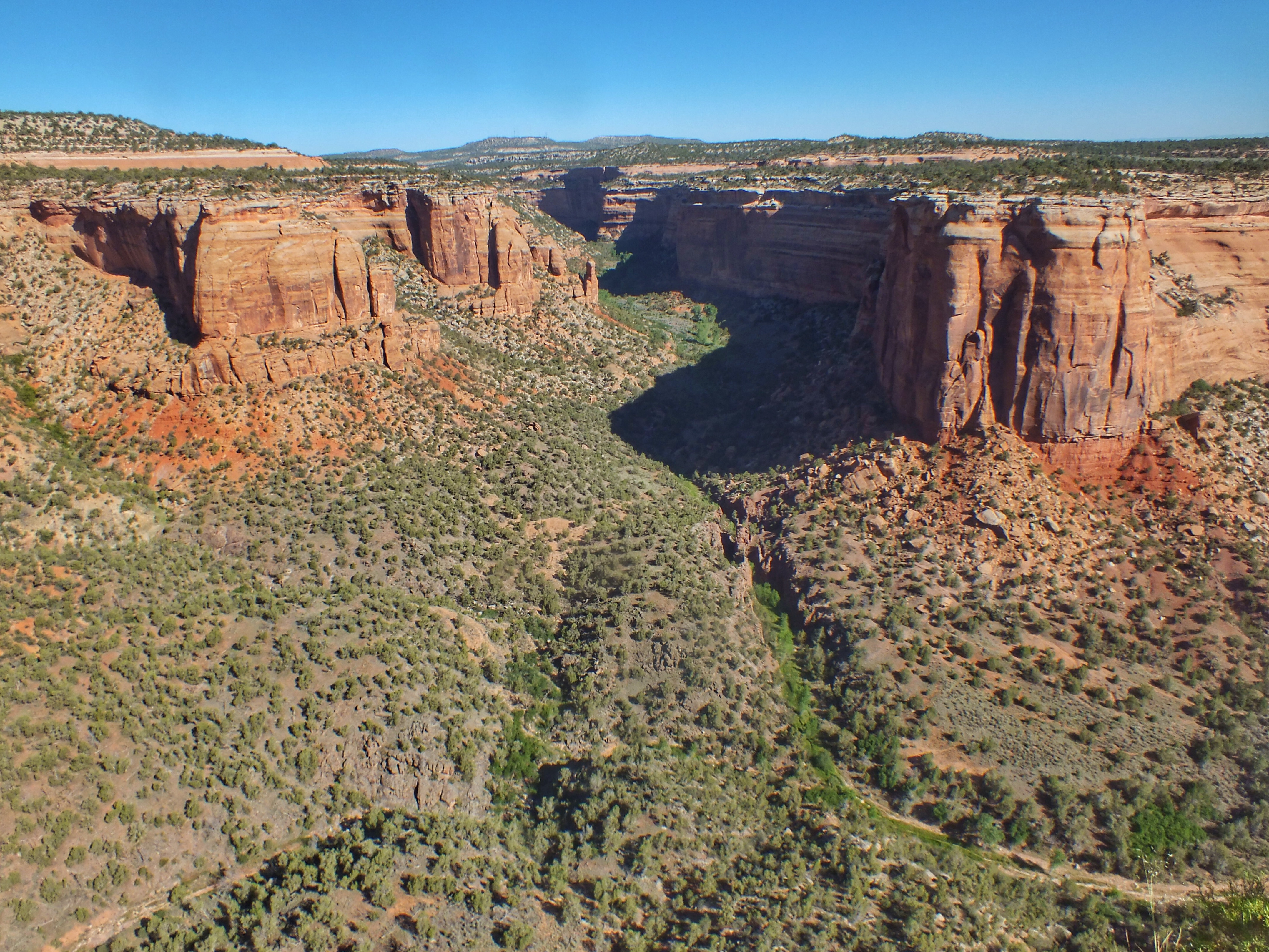 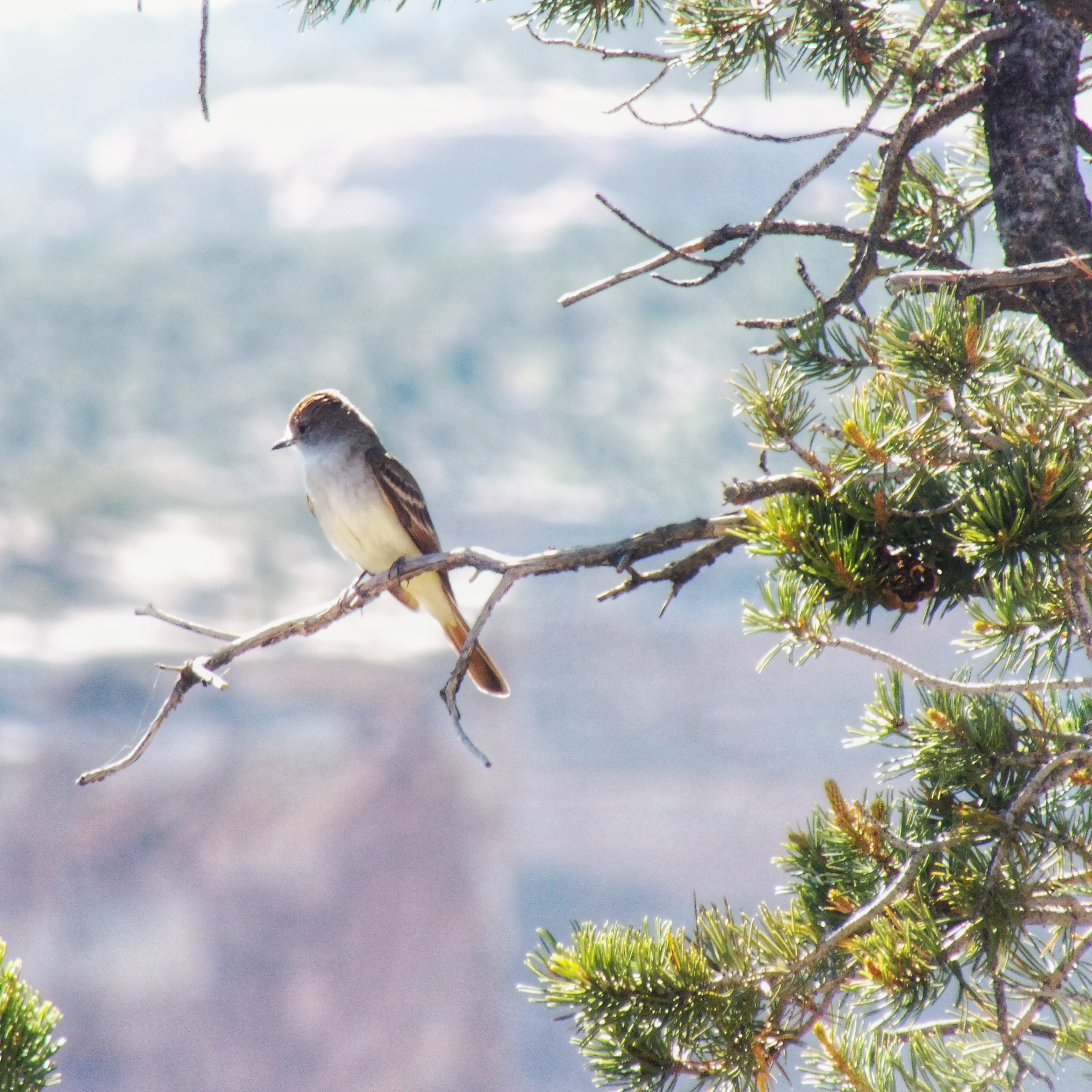 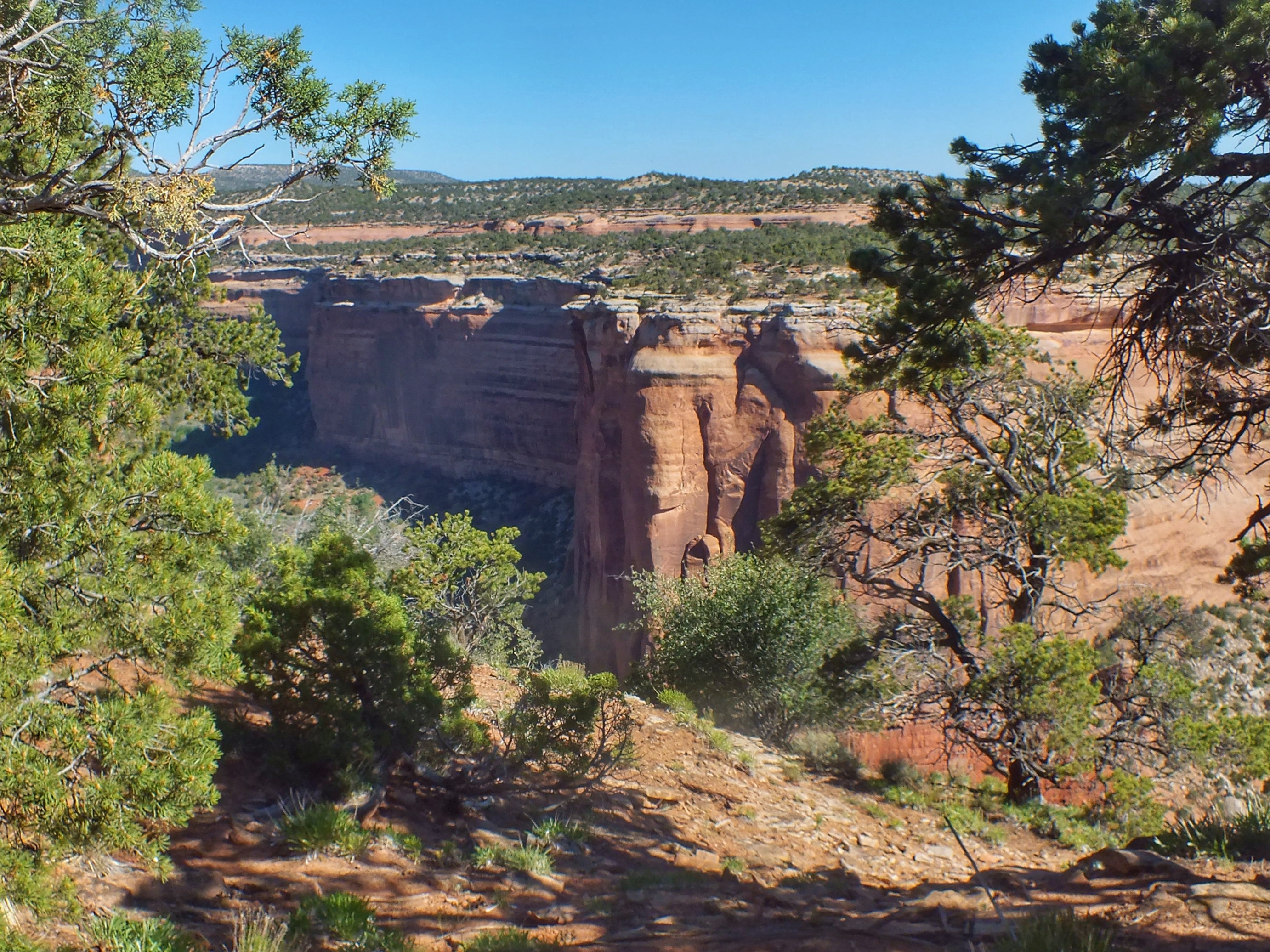 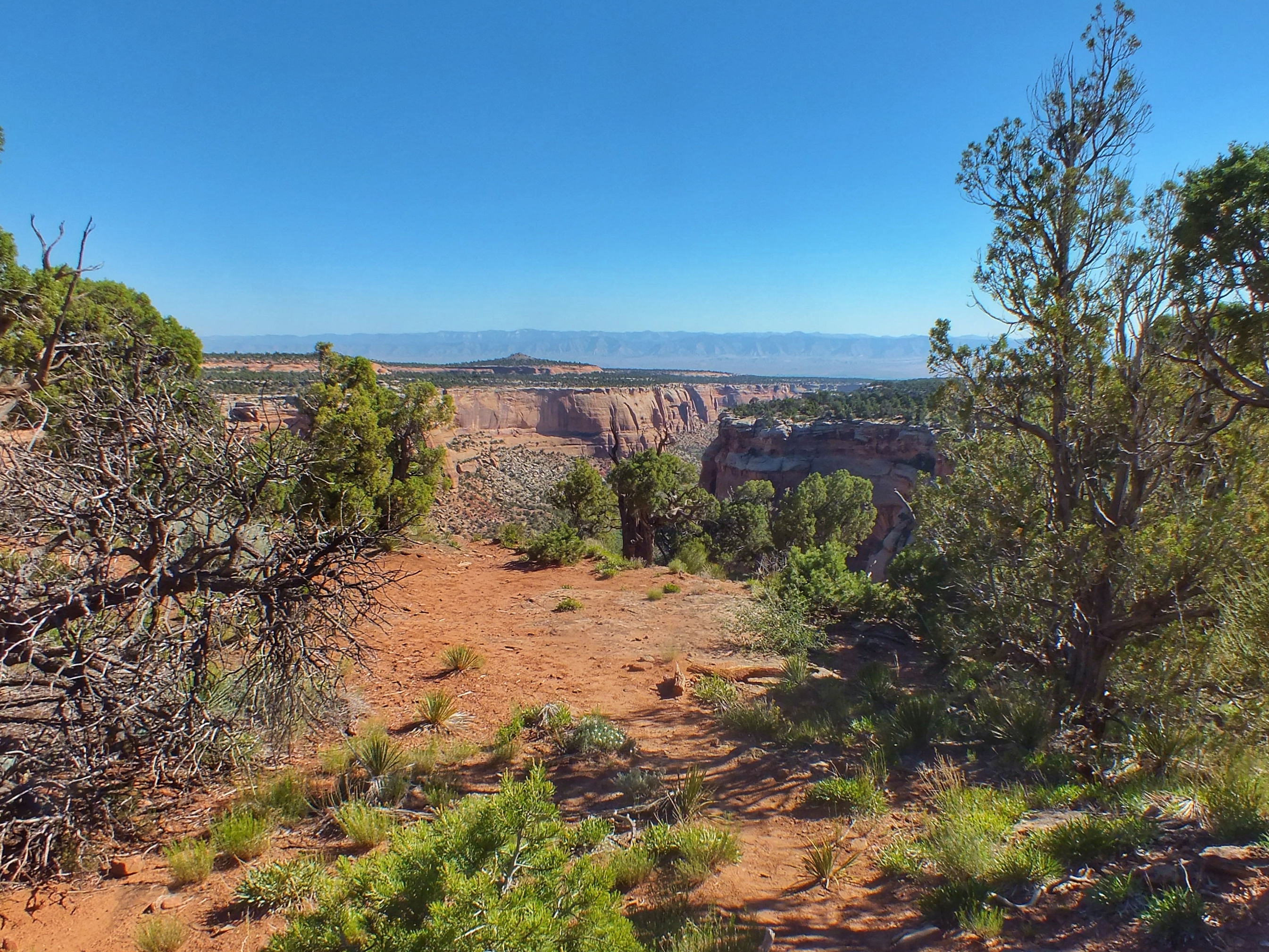 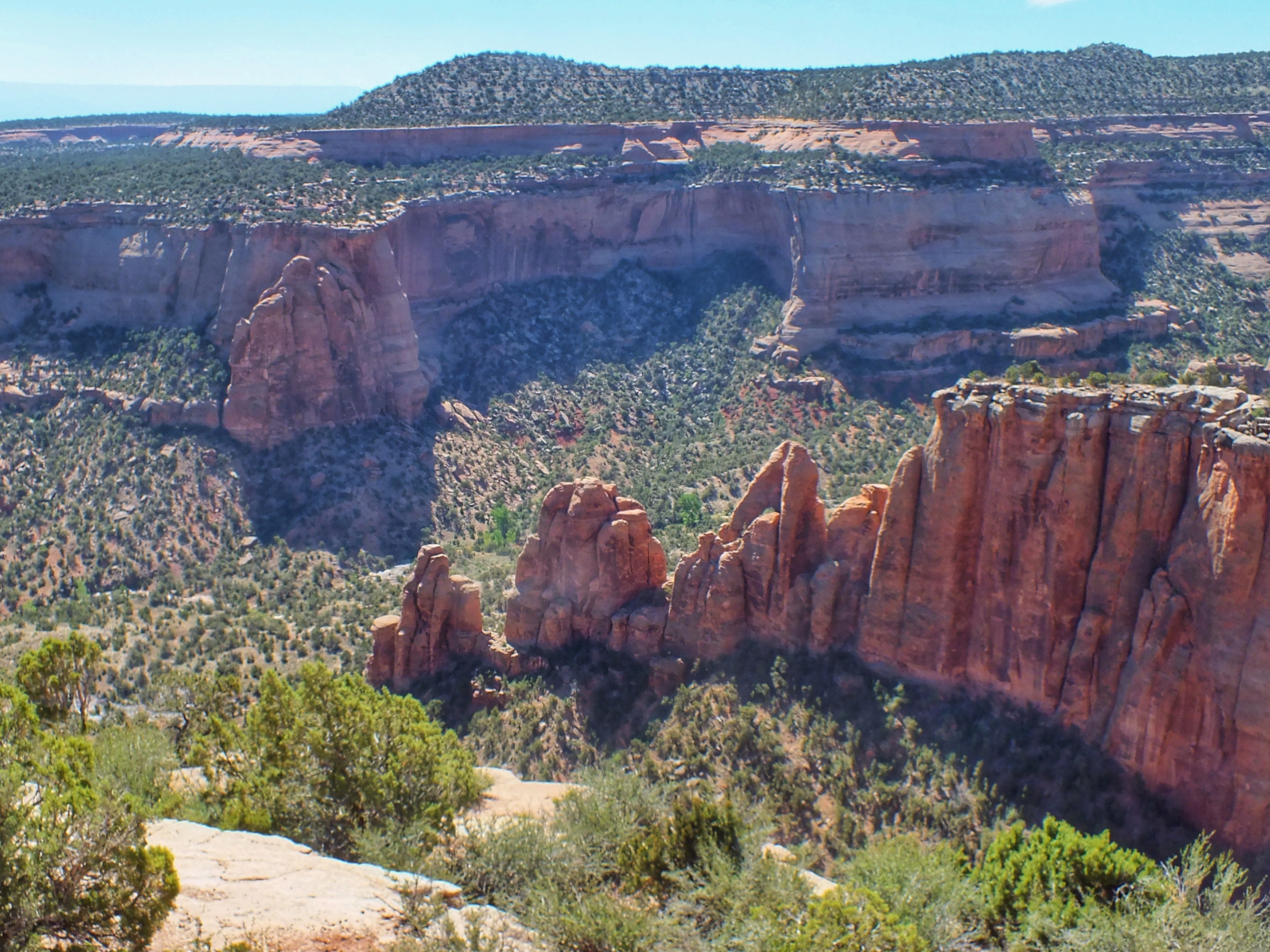 The next three photos show the Coke Oven formation. The third photo shows the front that view gave them the name. 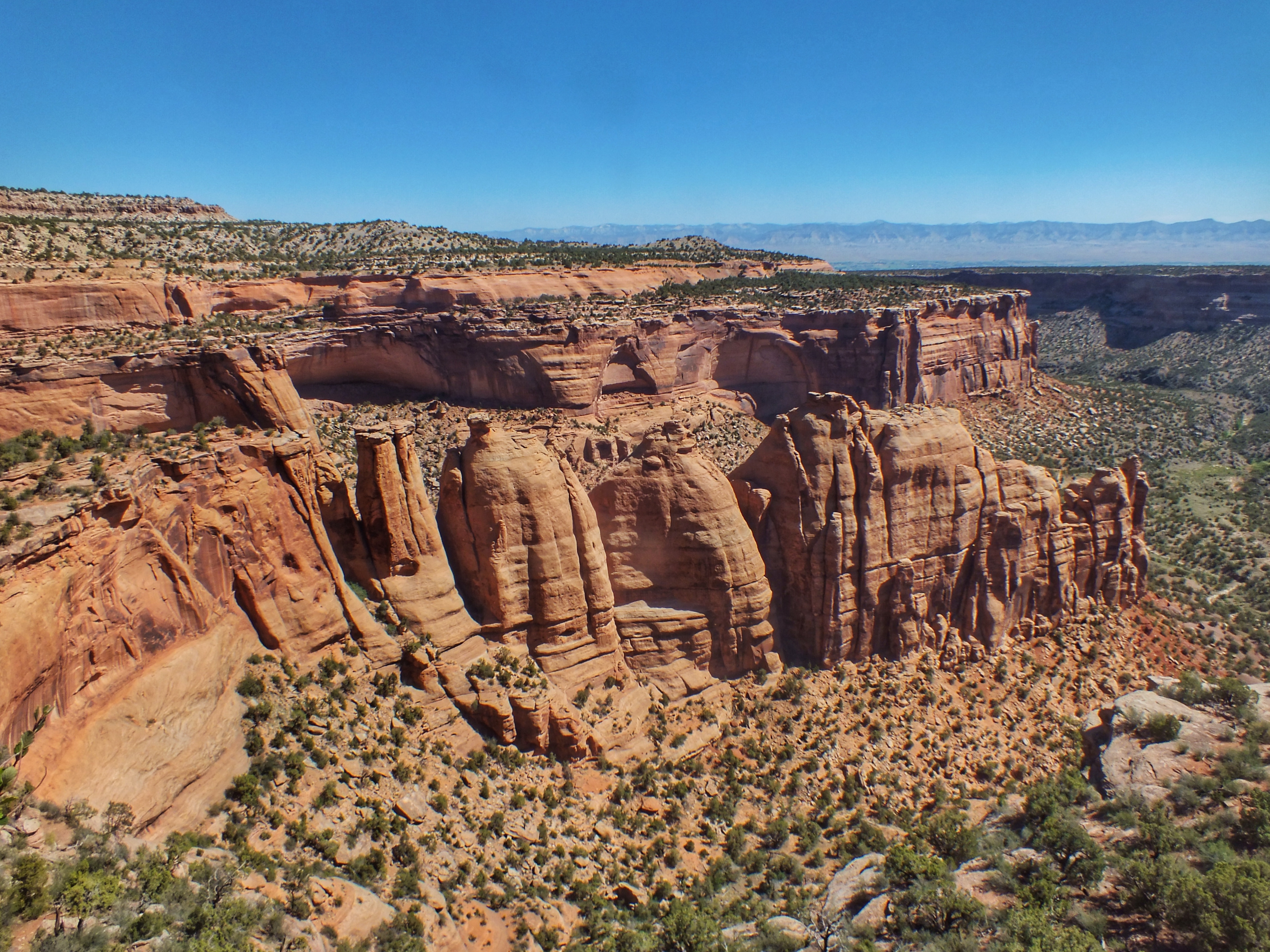 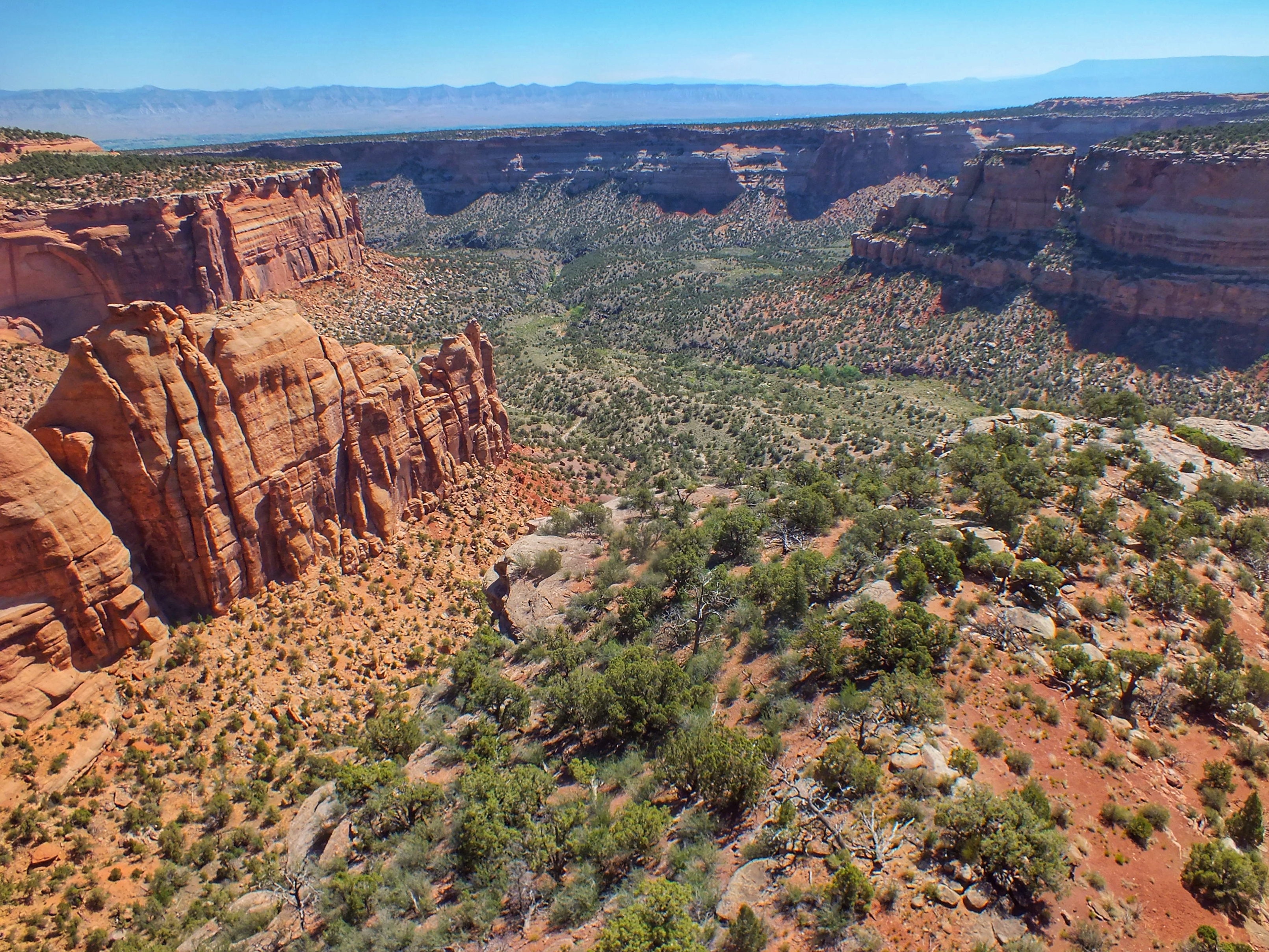 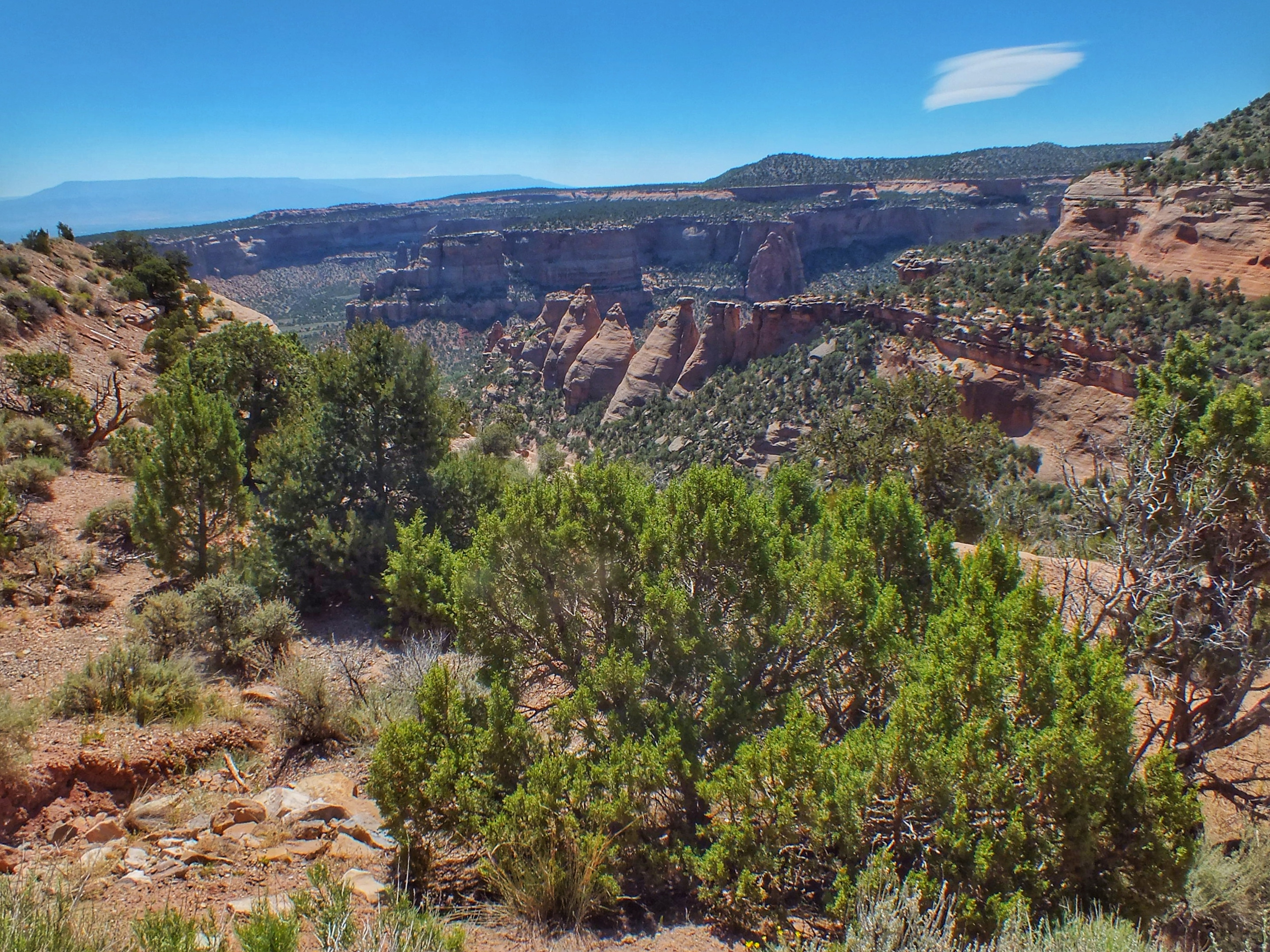 Monument Canyon with Independence Monument in the middle. 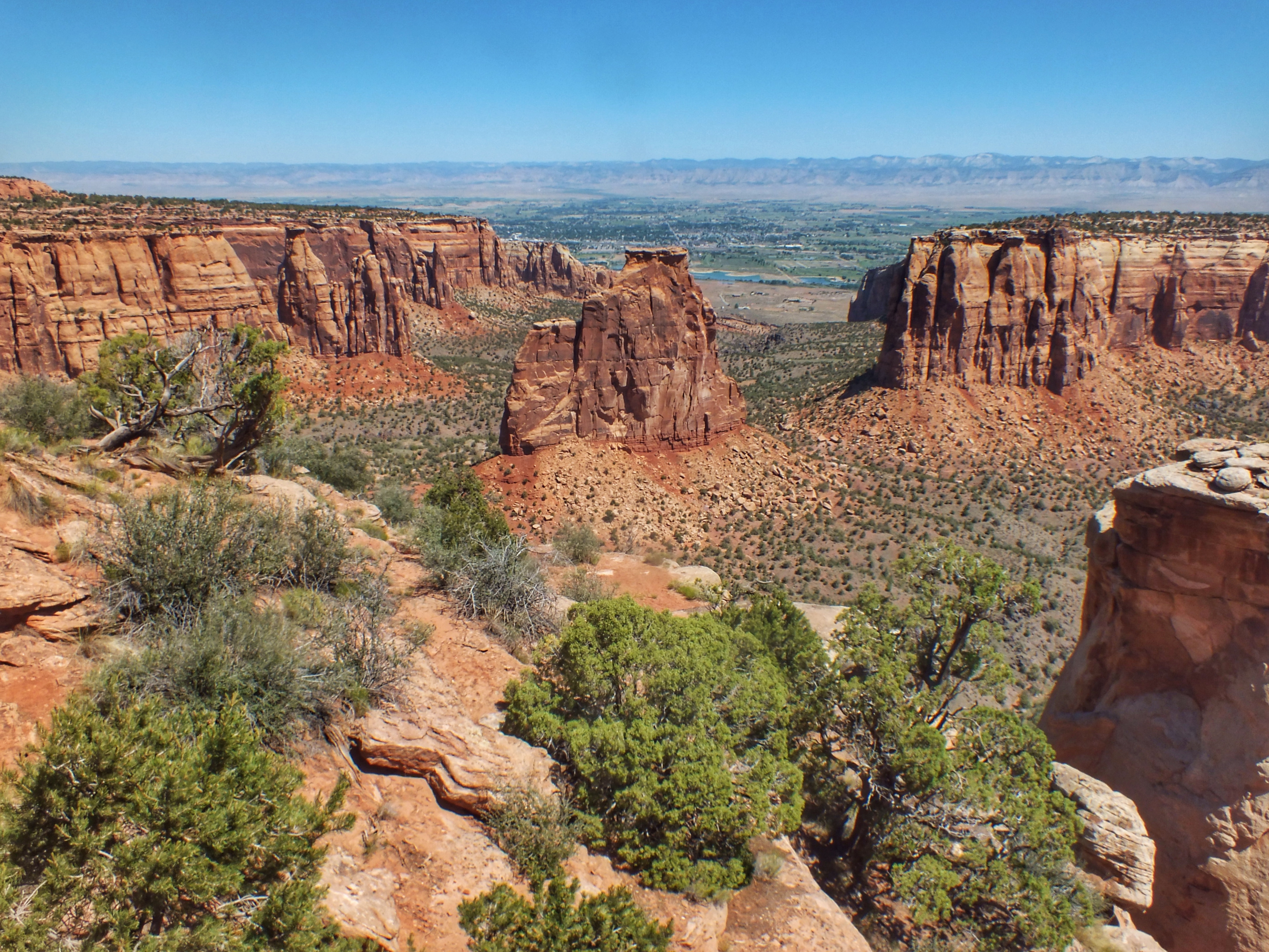 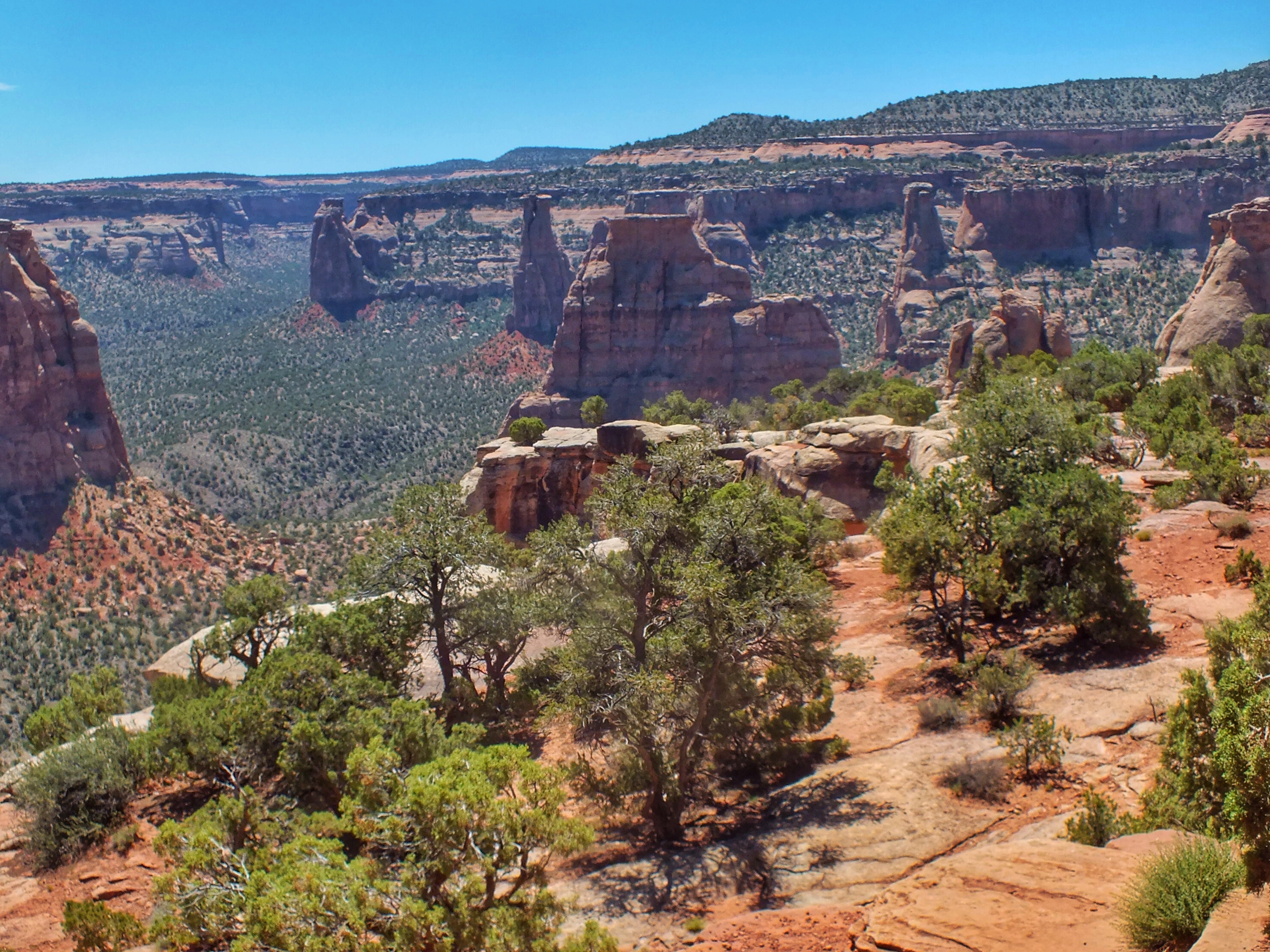 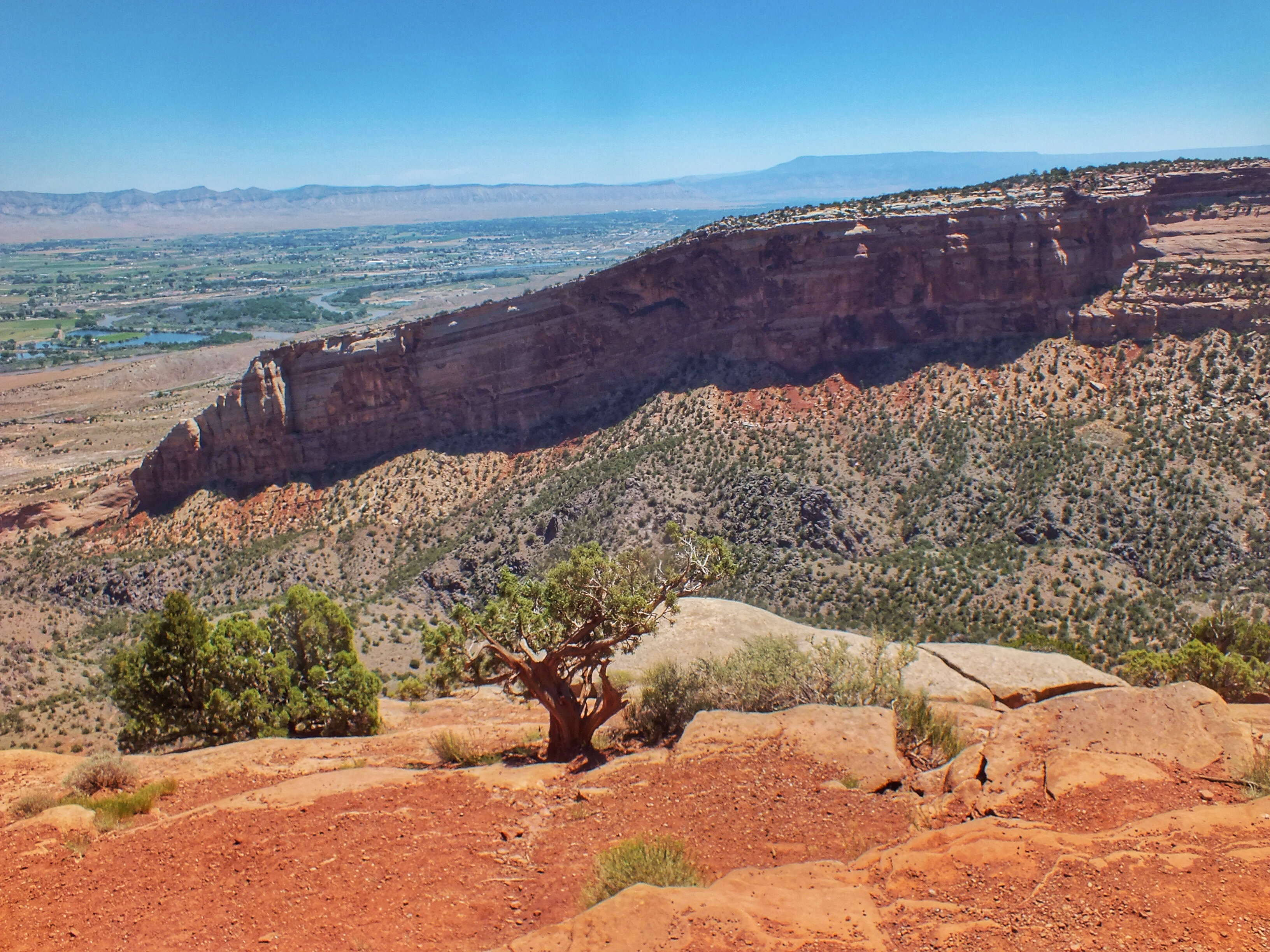 By the time we got to the visitor center, it was just hot. We skipped a couple overlooks that involved walks.

Fruita Canyon with the Colorado River in the background. 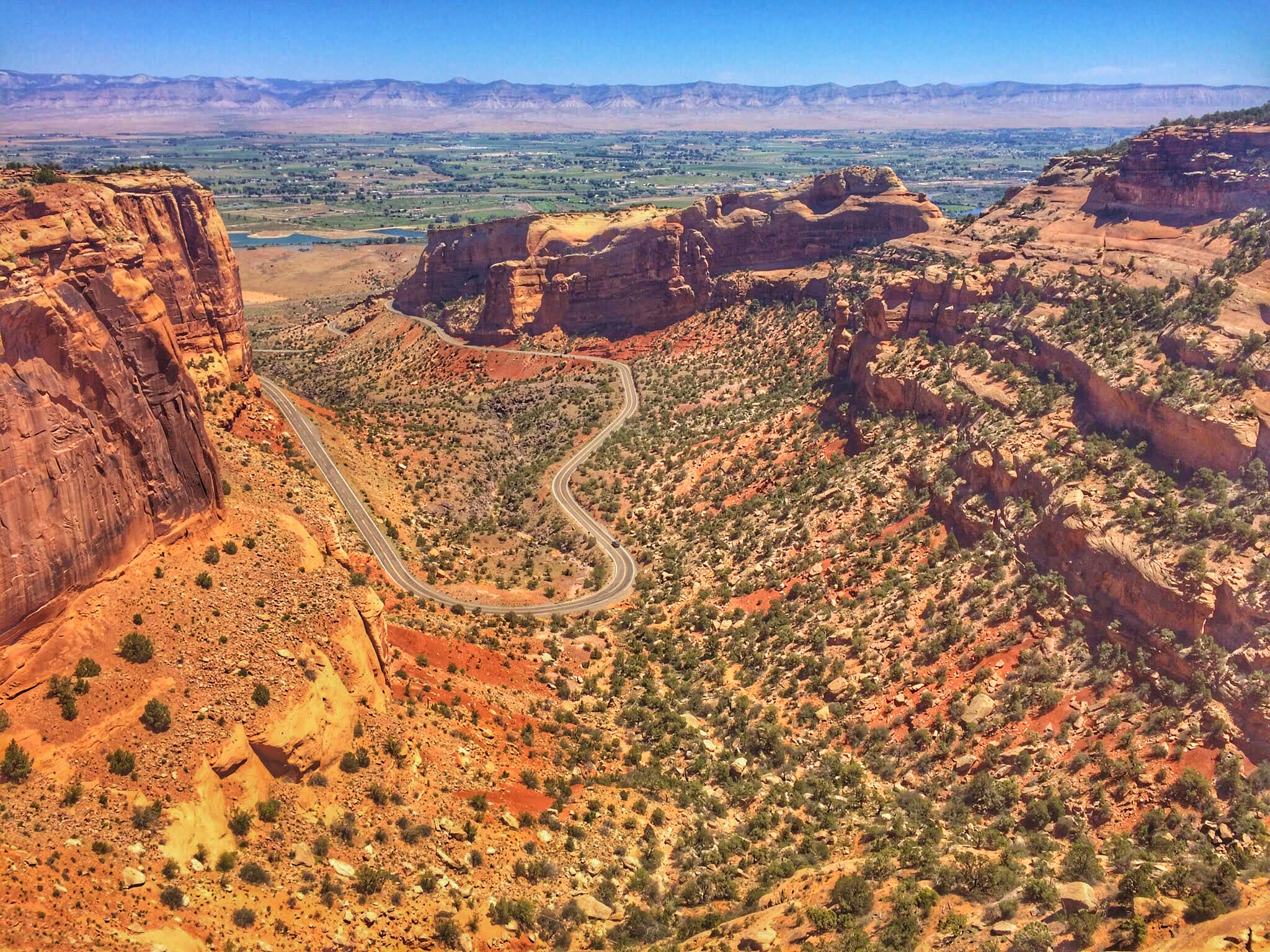 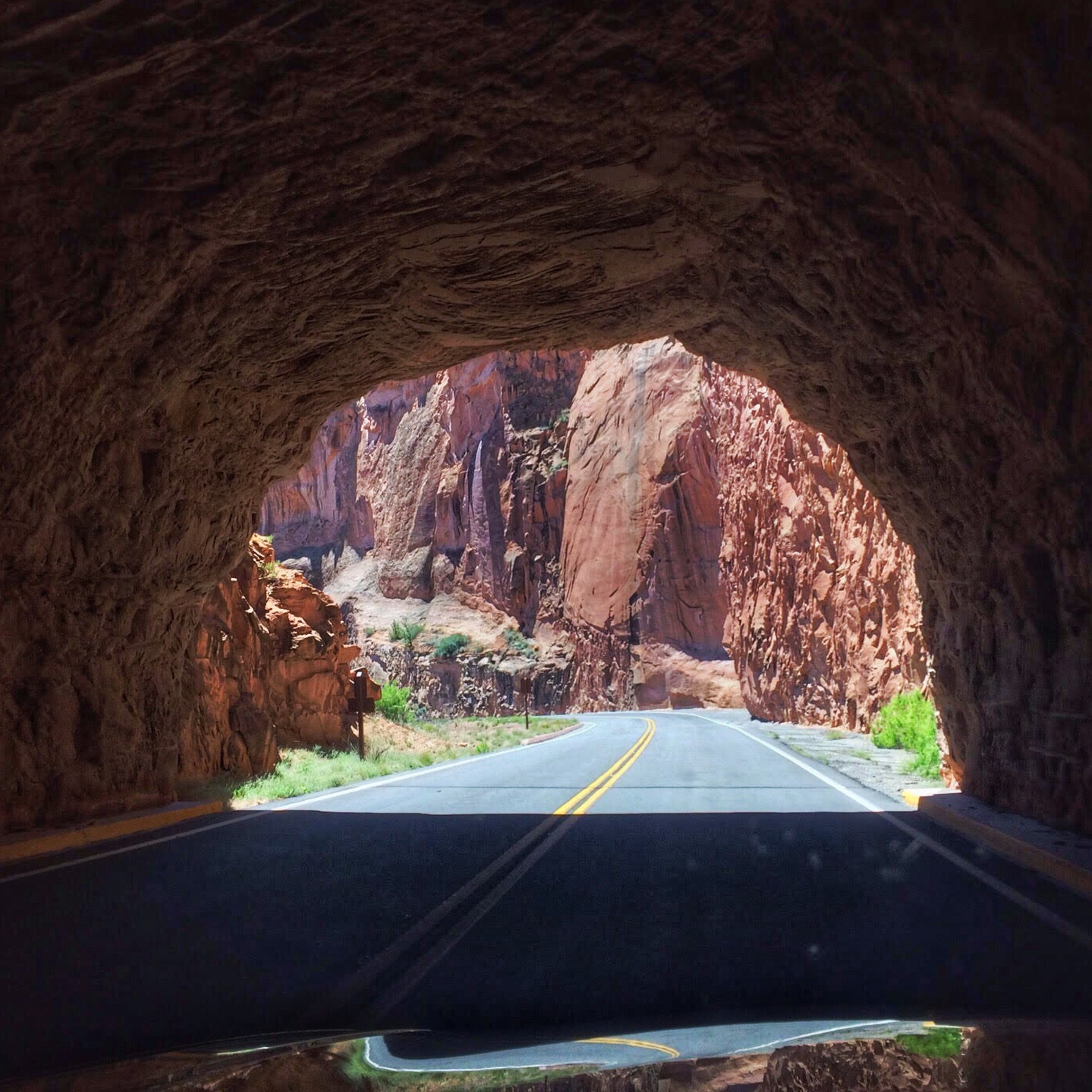 The entire park was beautiful, and we decided early on that we’d like to go back when it’s cooler.

This entry was posted in Birds, National Parks, Scenery. Bookmark the permalink.