Fort Mandan, on the Missouri River in central North Dakota, represents the fort Lewis and Clark and their men built for the first winter of their journey. It’s located about 10 miles from the original fort site, and its appearance is based on some general comments in the journals. None of the items in the fort are original to the journey. It’s really just a place to learn about and get a sense of what really happened. But it’s good for that.

We were on a tight schedule, so we dashed through the visitor center and headed for the fort. Our tour began with just the four of us and one tour guide. Along the way we picked up four more people and switched guides. 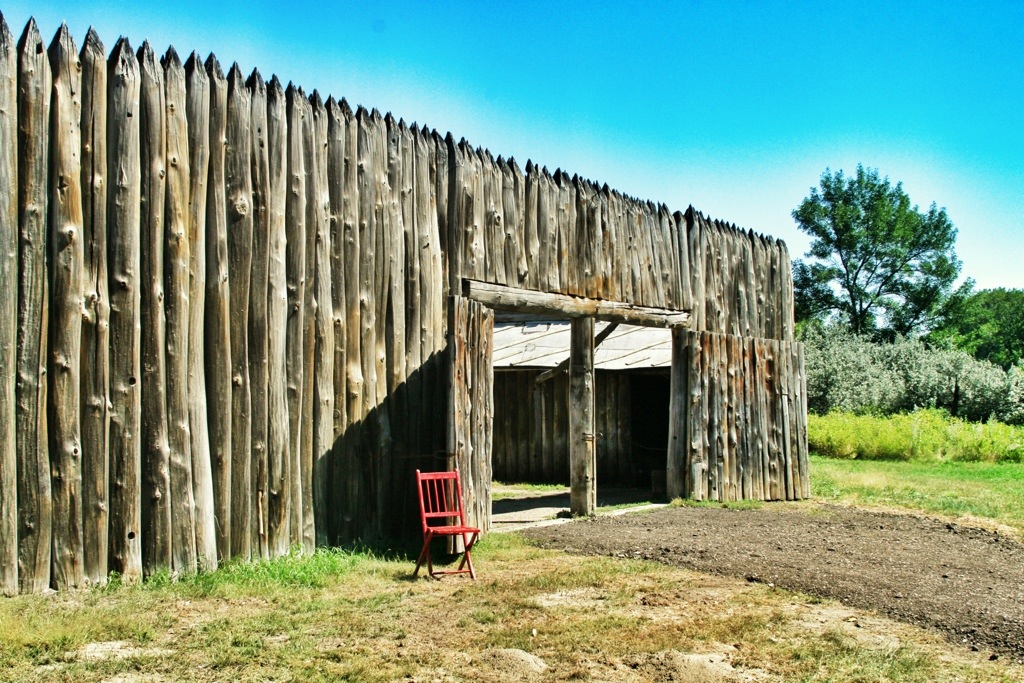 Here’s guide one in the store room. He had hands. It’s just that he moved while I was taking this pan. 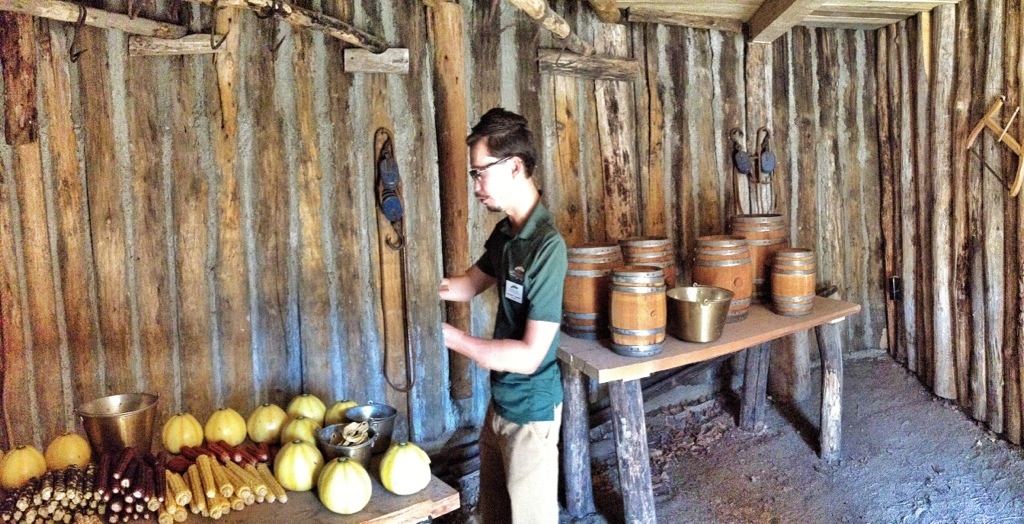 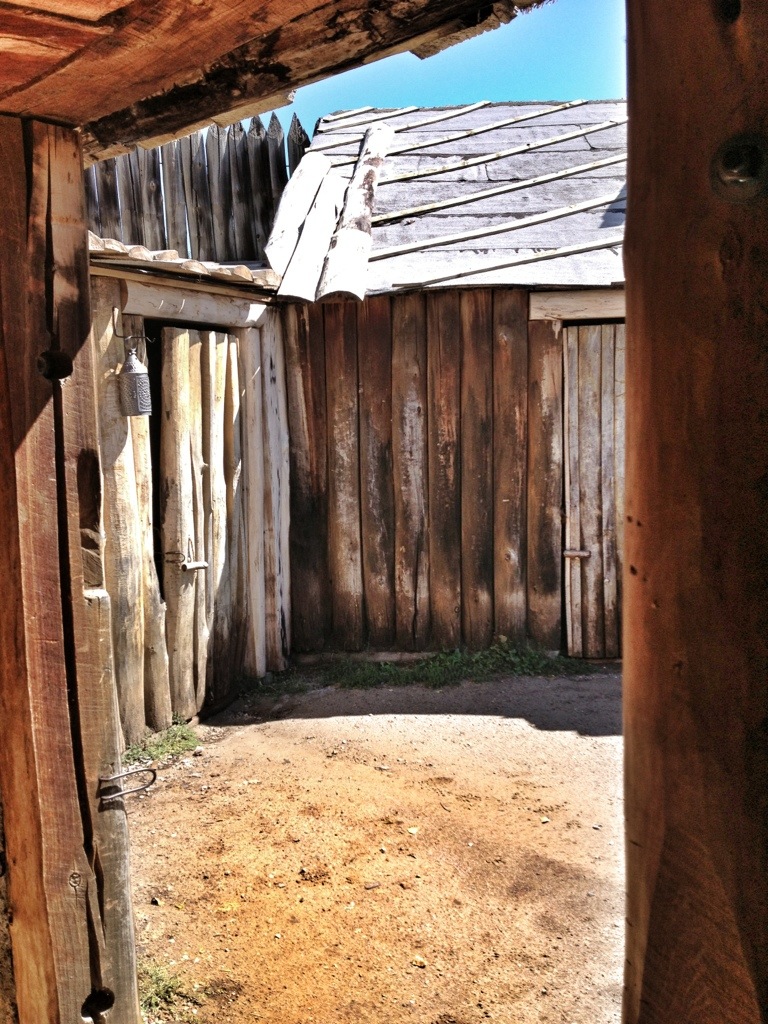 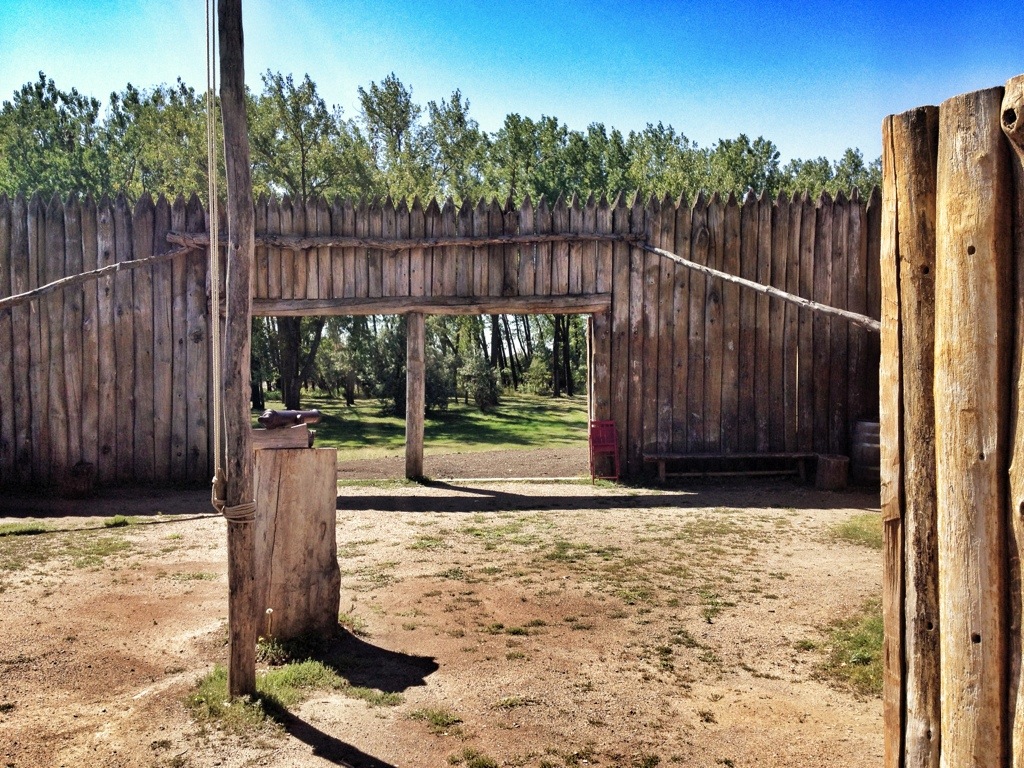 This is an interpretation of the room in which Toussaint Charboneau stayed with Sakakawea and his other wife, Otter Woman. 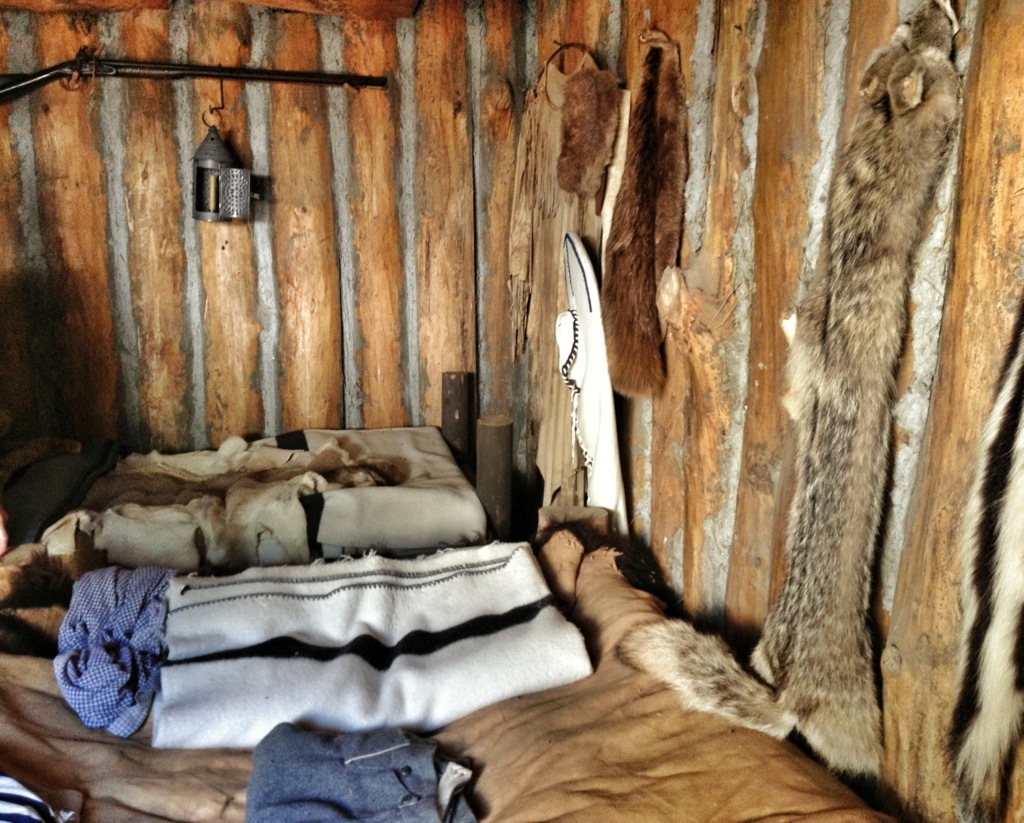 And this is Lewis and Clark’s room.

The fort looks square in some of these photos, but it was basically triangular in shape with the two rows of barracks forming two sides and the gate in the middle of the third wall. 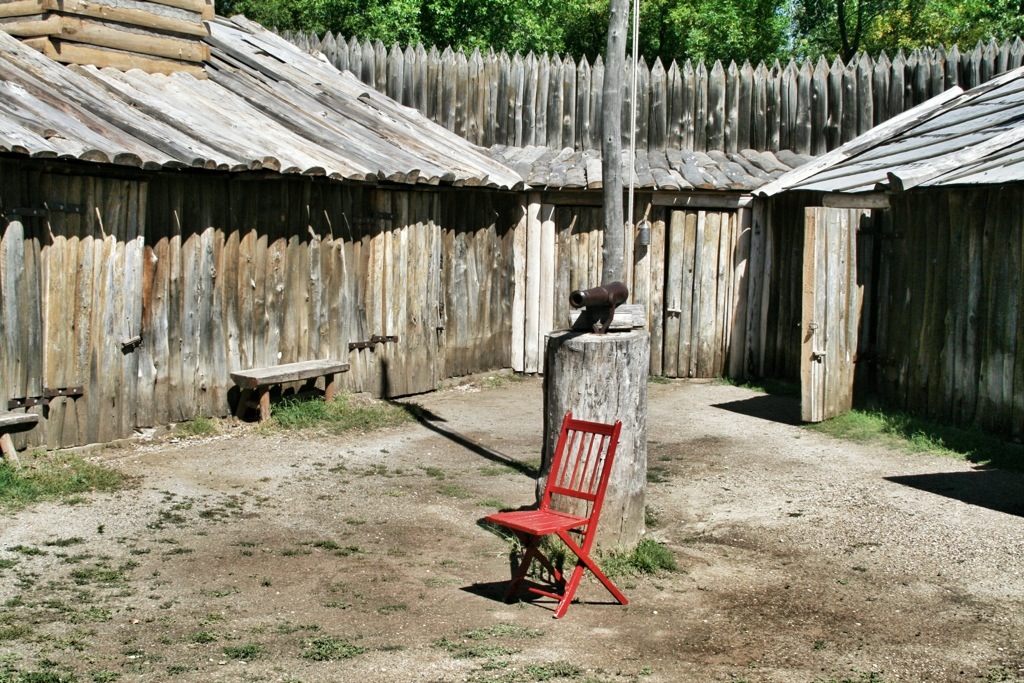 On the banks of the Missouri River near the fort. 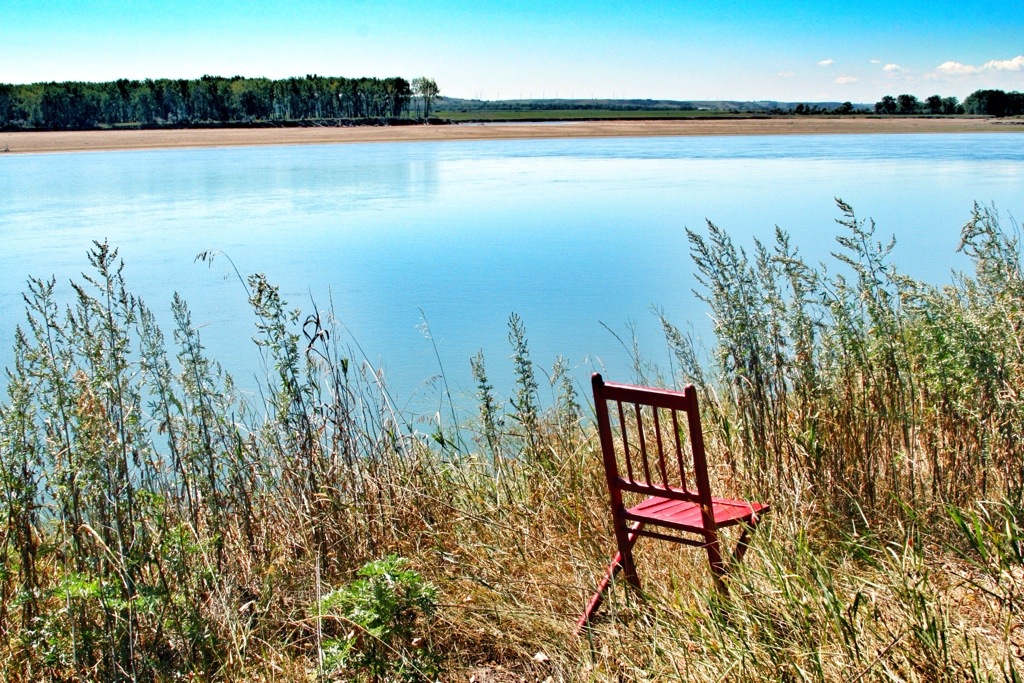