On Saturday, February 6, a friend and I drove over to Lock and Dam 14 on the Mississippi River near Le Claire, Iowa, to look for Bald Eagles. When the river is frozen and the only open water is below the dam, eagles concentrate here by the dozens. On the day of our visit, the river was open, and the eagles were dispersed. It’s impossible to say how many were around because they came and went, but we saw at least 10 and perhaps as many as 15.

For the three hours we hung around the area, there were always at least five in and around a couple of trees right next to the lock. 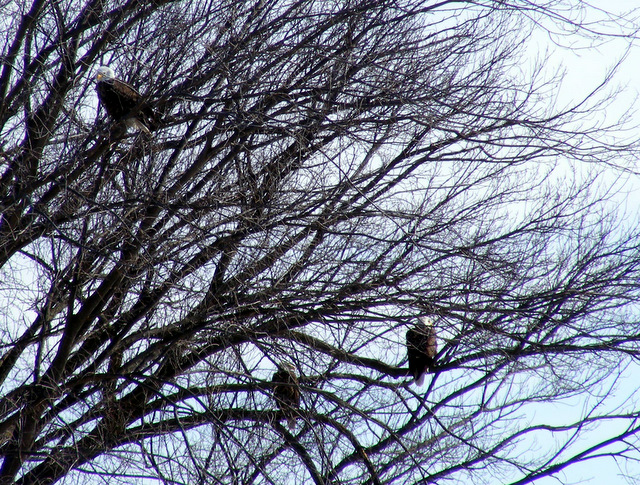 Most of the time, the eagles just perched and looked around. Occasionally, one would fly out over the river and circle back. Once in a while, one would fly in from down river or soar high overhead. 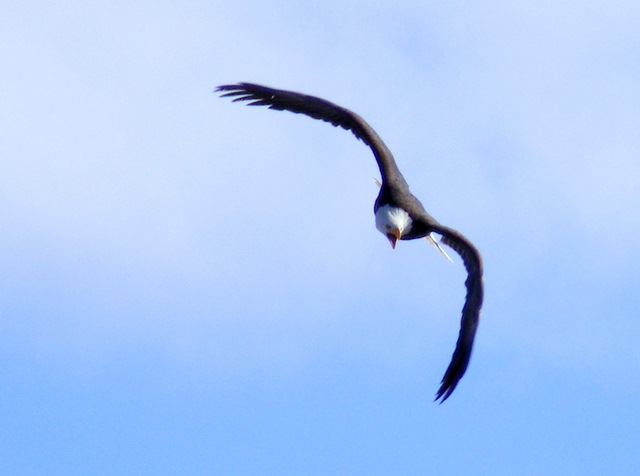 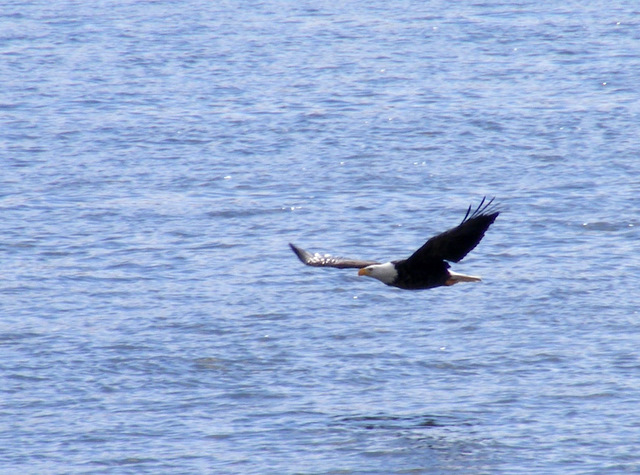 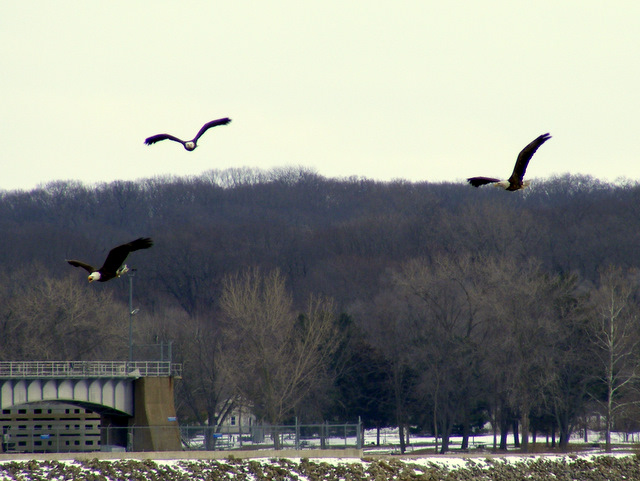 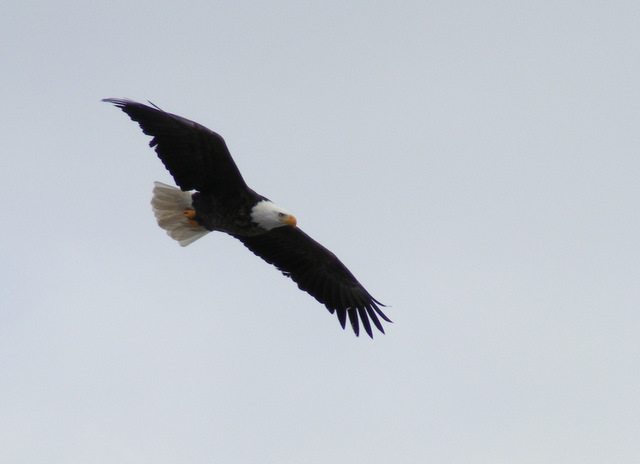 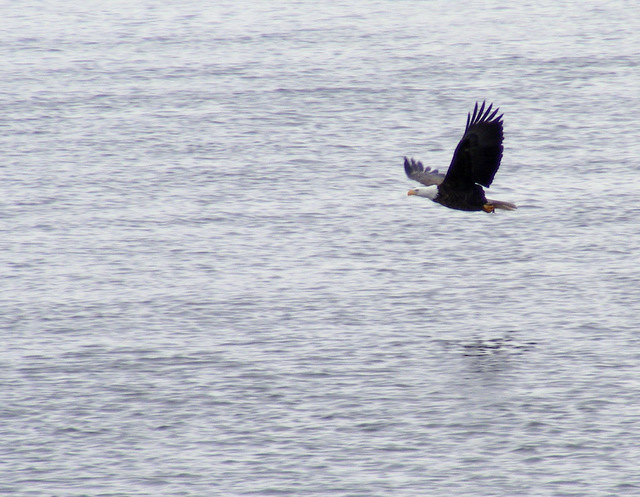 It was overcast and breezy. It wasn’t terribly cold, but with the damp wind blowing down the river, it was decidedly chilly.  There were several other people watching eagles, most of them with cameras with lenses that stretched halfway across the river. Whenever one of the eagles would take off, we could hear hundreds of camera shutter clicks. One guy was throwing dead carp out into the water to attract the birds, but they paid no attention.

Here’s the big view, with the viewing platform on the far left and the trees where the eagles perched just to the left of the tower. If you click on the photo, you can enlarge it and see eagle silhouettes.

It was an enjoyable, relaxing day. I’d like to go back again sometime when the eagles are more concentrated.