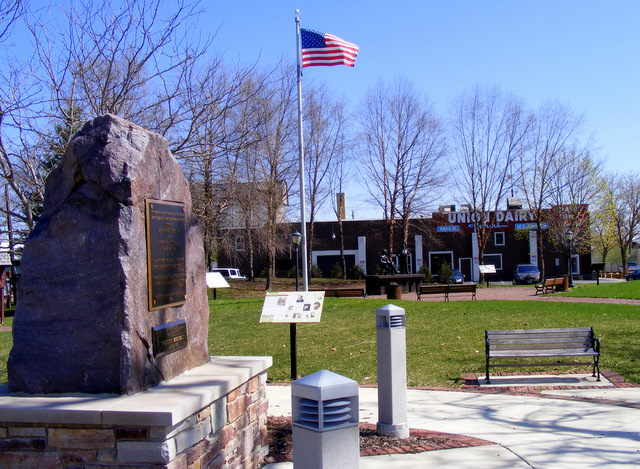 The stone monument was dedicated by President Theodore Roosevelt. You can read his brief speech in the left-hand photo below, but I should warn you — it is nearly incomprehensible and contains a couple typos. 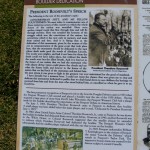 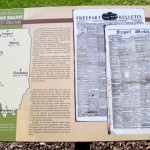 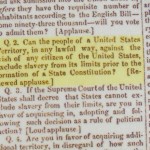 Freeport was the site of the second of the senatorial candidates’ seven debates. (I have several more adventures to go!) The men met here on August 27, 1858. Douglas asked a question (highlighted in yellow in the right-had photo above) which became known as the “Freeport Question.” 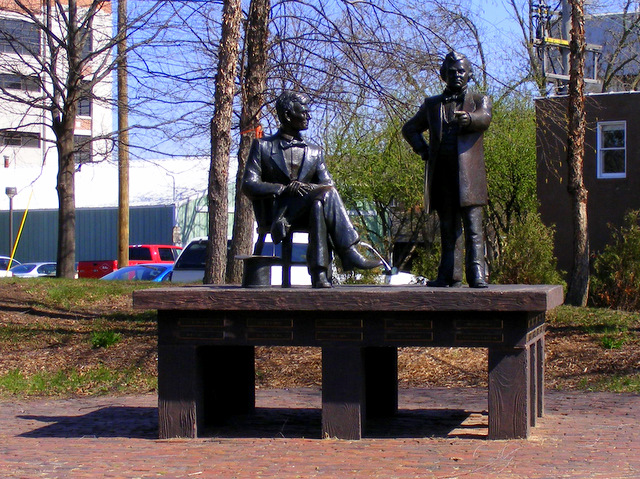 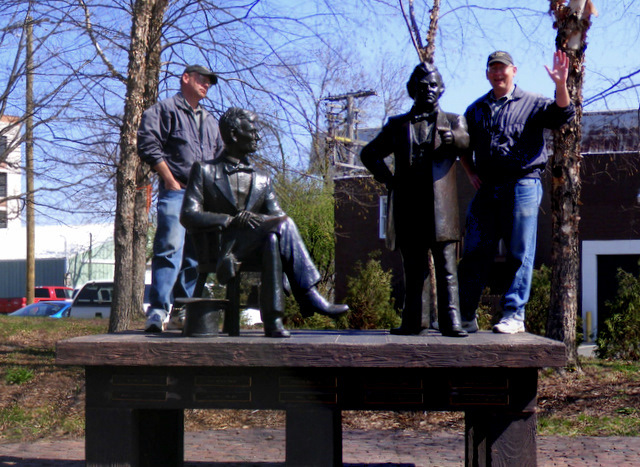 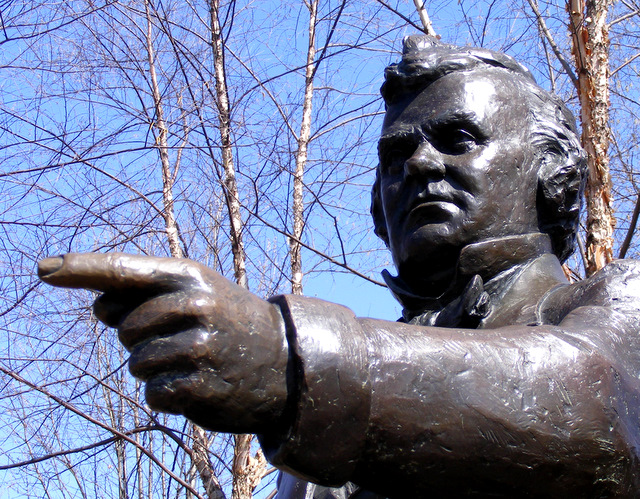 Later in the afternoon, when I’d purchased the red chair, I thought, “I wish I’d had the chair when I visited the Lincoln-Douglas site earlier.” And then I realized I was only three blocks away. 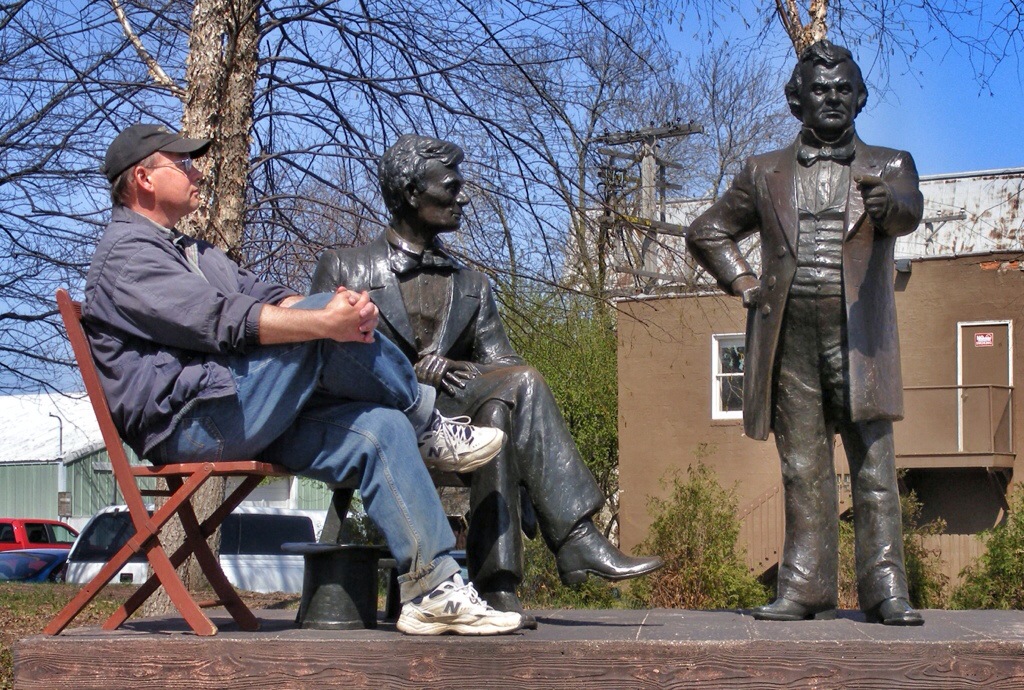