Last Saturday, we joined our friends for a food adventure — a trip into the heart of Chicago to Hot Doug’s. We deliberately planned to visit after the lunchtime rush, but it made no difference. We arrived at 1:45 and found a line of probably 70 people standing on the sidewalk next to the building. 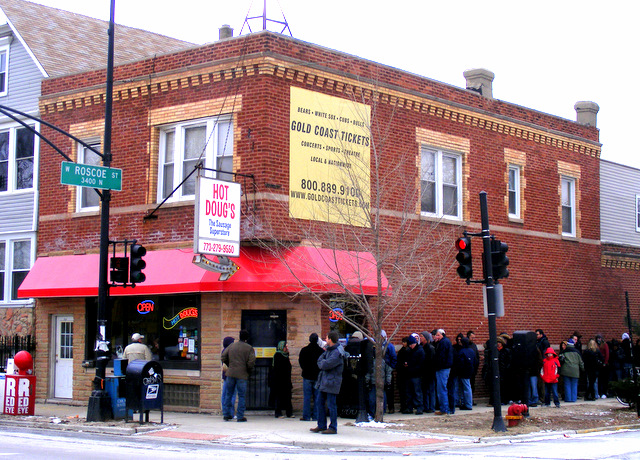 It was a gray day, with temperatures in the mid-20’s. We stood at the end of the line and waited. After about 15 minutes, this was our view toward the door. 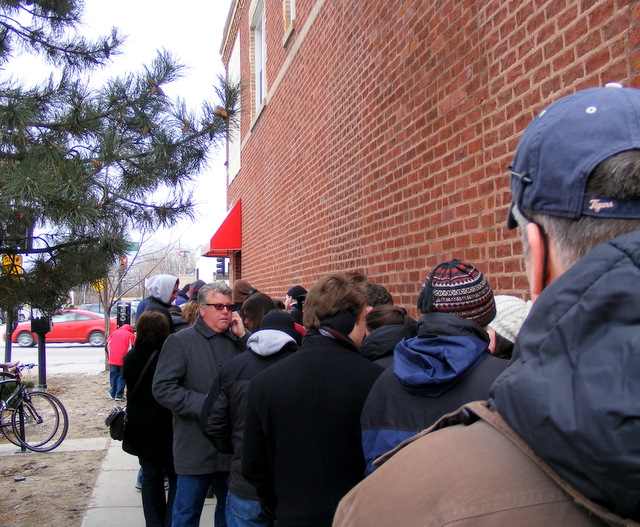 The couple immediately in front of us were locals who dined at Hot Doug’s frequently. They were with a friend from Amarillo, Texas, who also dined there whenever he was in town. They were very friendly and gave us a lot of tips about what to order and how the restaurant worked.

After about 45 minutes, we finally got inside and looked at the menu on the wall. 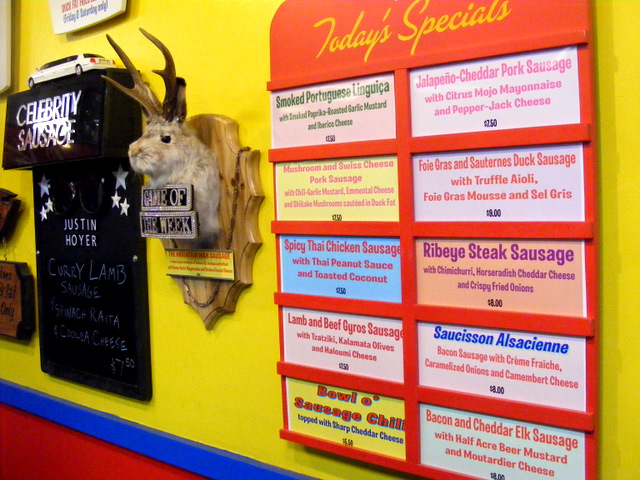 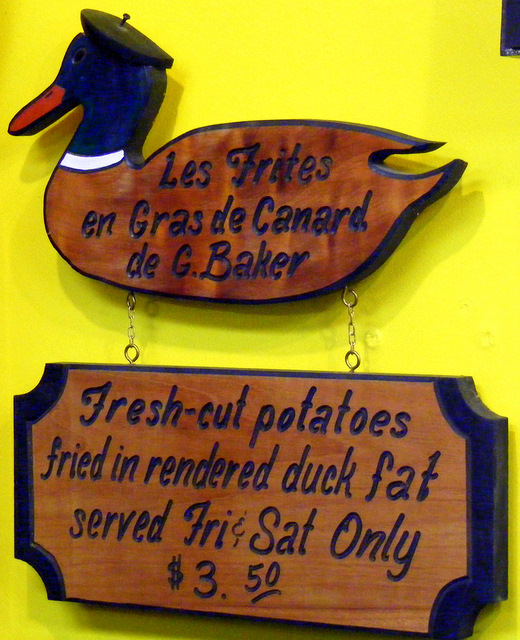 Doug himself was taking the orders, and I saw why it took so long to get inside. He paced his order-taking to match the rate that tables opened up, which makes perfect sense. 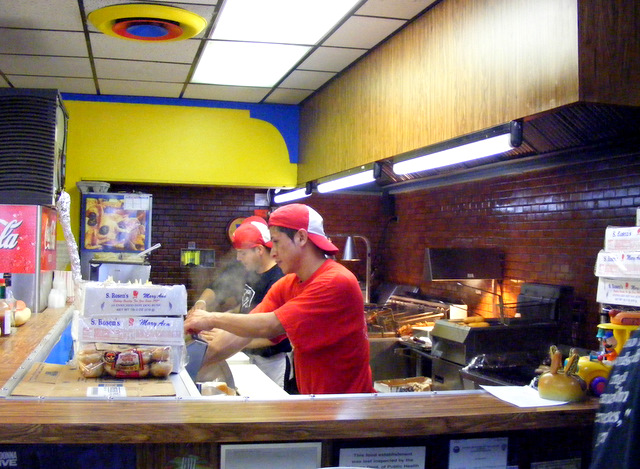 While waiting for our food, we had plenty of time to look at the decor, almost all of which involved either hot dogs or Elvis. 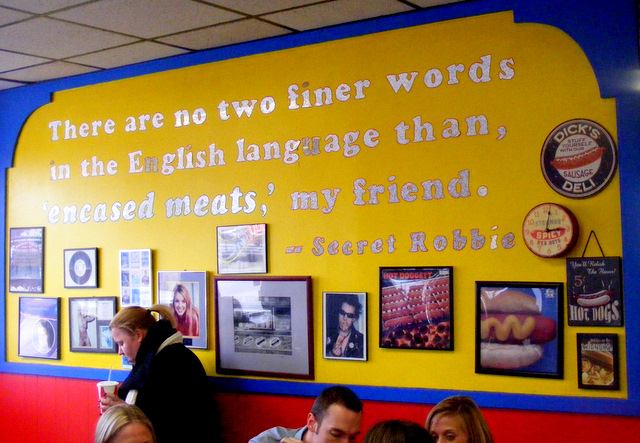 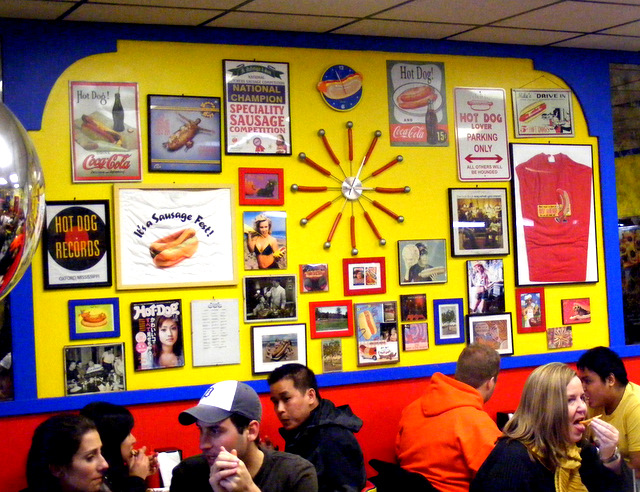 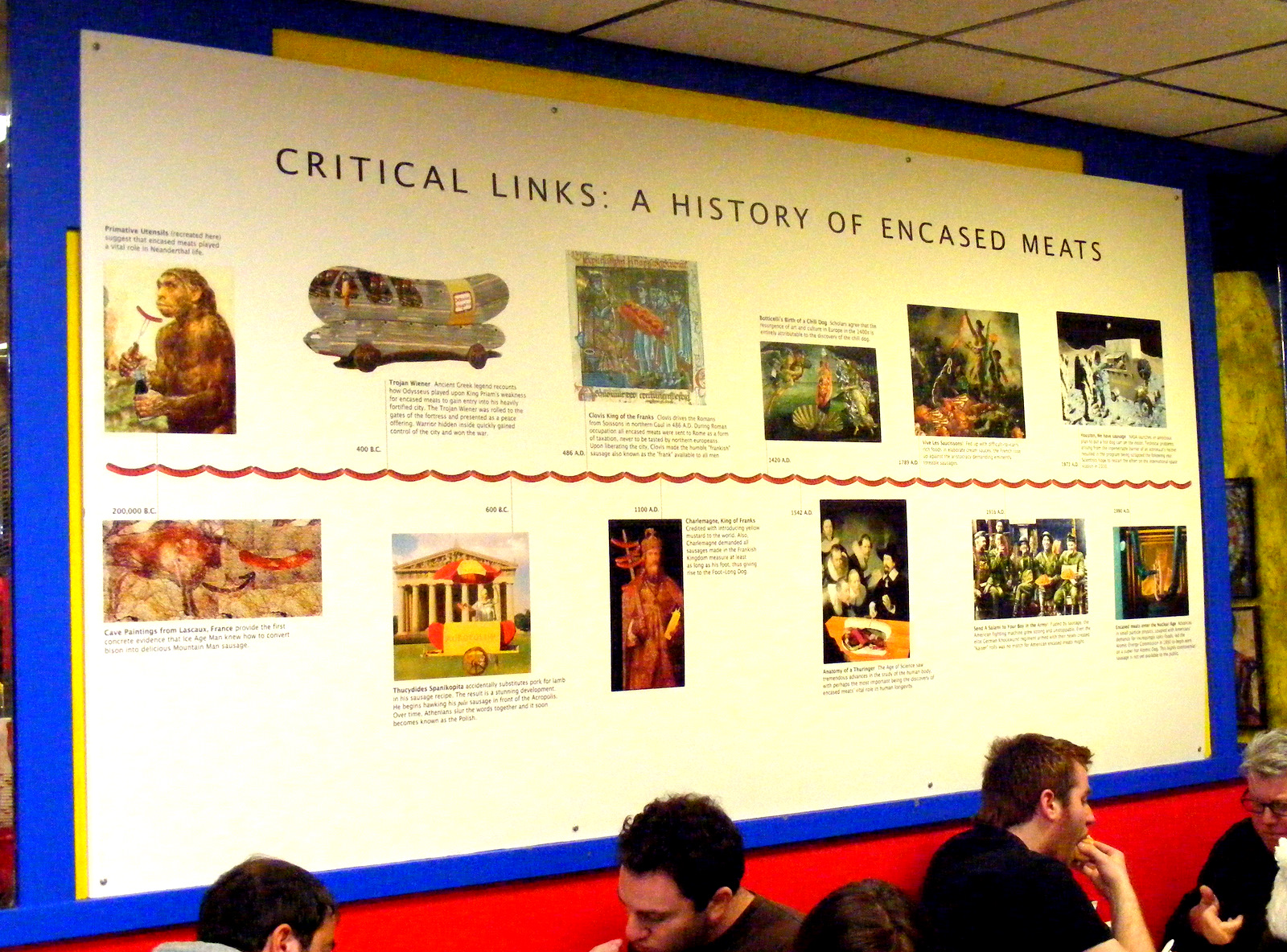 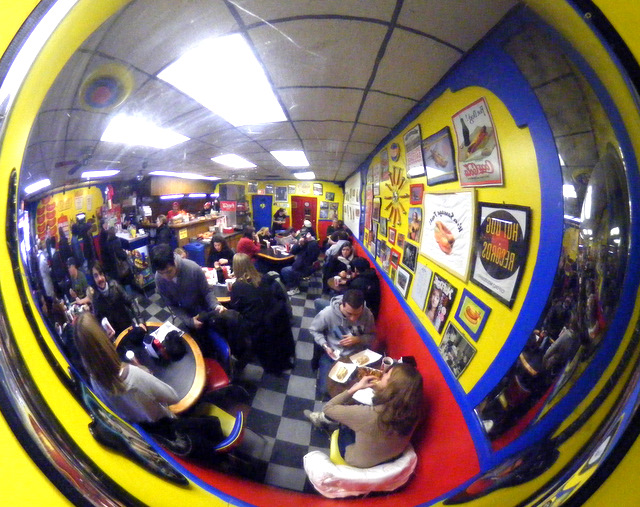 Then the food came. I’d ordered the Saucisson Alsacienne, which is bacon sausage with creme fraiche, caramelized onions and camembert cheese. 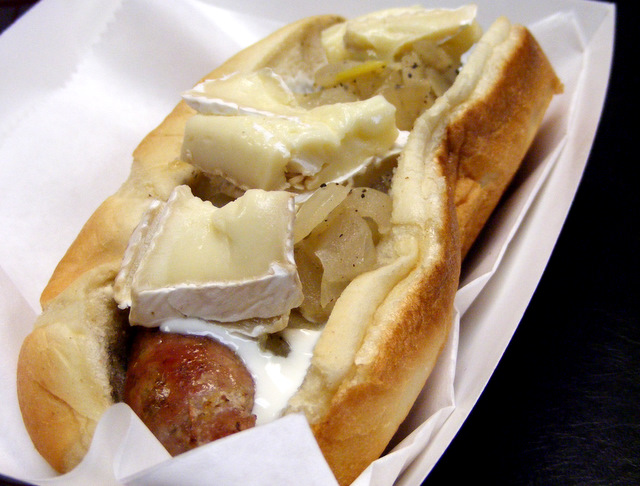 My wife had the Foie Gras and Sauternes Duck Sausage with truffle aioli foie gras mousse and sel gris. 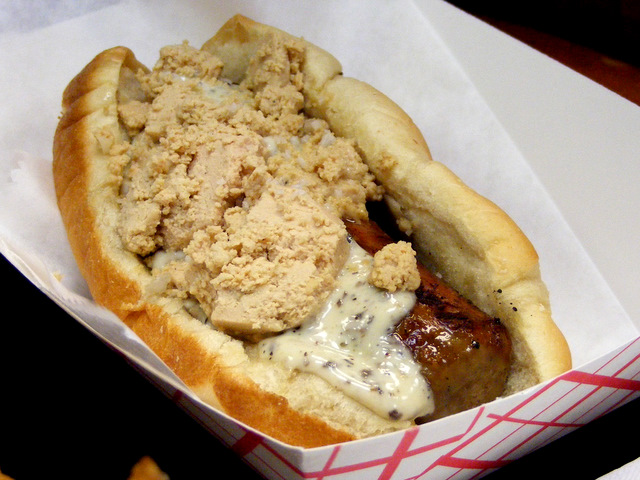 We both cut off about a fifth of our sausage and traded, and we both agreed that both were very good but that mine was a little bit better. I also had an awesome corn dog. 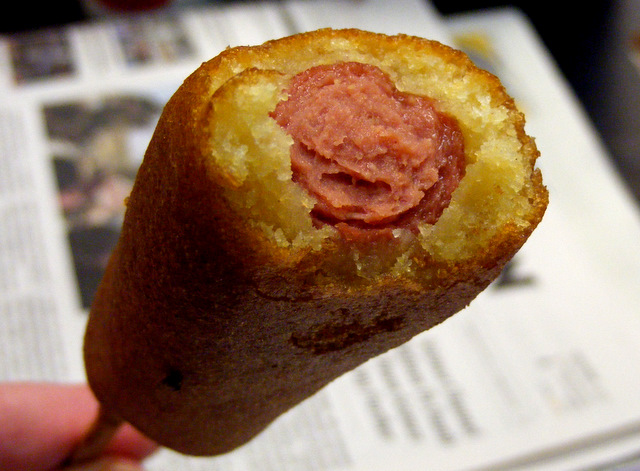 And we split an order of duck fat fries. At first, I wasn’t overly impressed, but they grew on me as we worked our way through the pile. 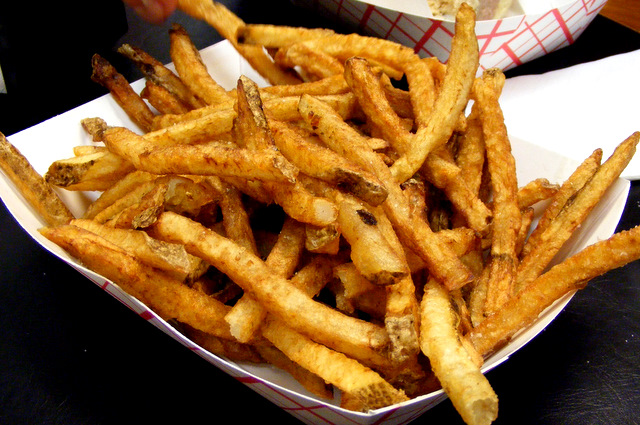 A friend had the Ribeye Steak Sausage (left). His wife had the Mountain Man Sausage made of venison, elk, antelope and buffalo (middle). The picture on the right was painted on the wall in the men’s room. 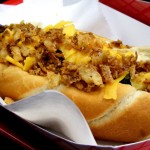 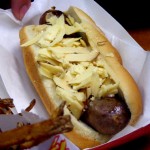 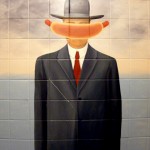 When we left, the place was scheduled to close in about half an hour, but there was still a line of people on the sidewalk. We all thought it was an experience worth repeating — but don’t go there if you’re in a hurry.