We stopped in Springfield on the way home from a vacation. Our first stop was Lincoln’s home. We were on the second tour of the day. The guide was very reluctant to tell us much, and the tour didn’t last long. He refused to point out any of the (few) pieces of furniture that actually belonged to the Lincolns — except for the heavy stove in the kitchen. He wouldn’t even admit that the rooms were decorated “like” the Lincoln’s had them. Afterwards, in response to a direct question from me, he said the decor was based on pencil sketches of the house when Lincoln lived there. 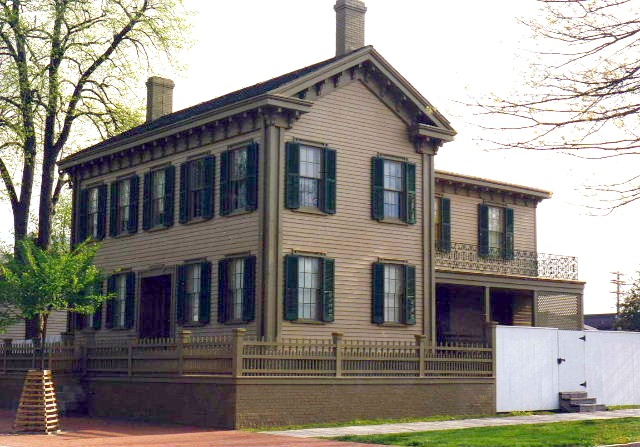 It was a good thing we were early — several school groups arrived as we exited the house. We wandered about the restored neighborhood and visited the small display on Lincoln’s life in Springfield that was located in a restored house across the street. 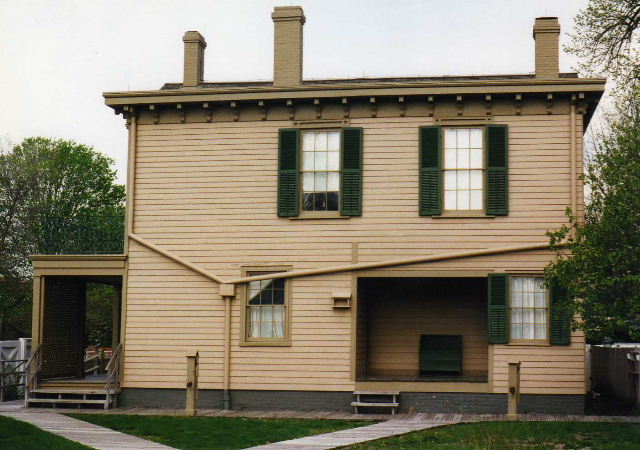