I should have called. You’d think by now I’d know to call. But the web site clearly said this house in Chillicothe was open for tours on Friday afternoons. It’s the birthplace of Lucy Webb Hayes, the wife of Rutherford B. Hayes, the 19th President.

Of course it was closed. We wandered around outside for a couple minutes and saw what there was to see. 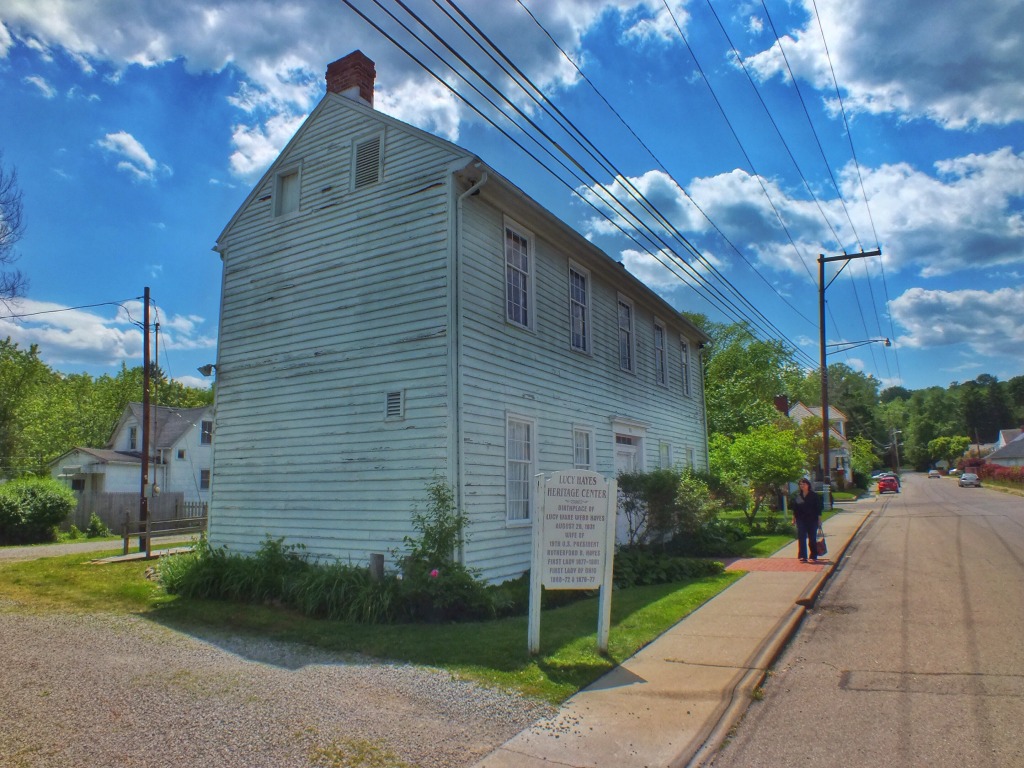 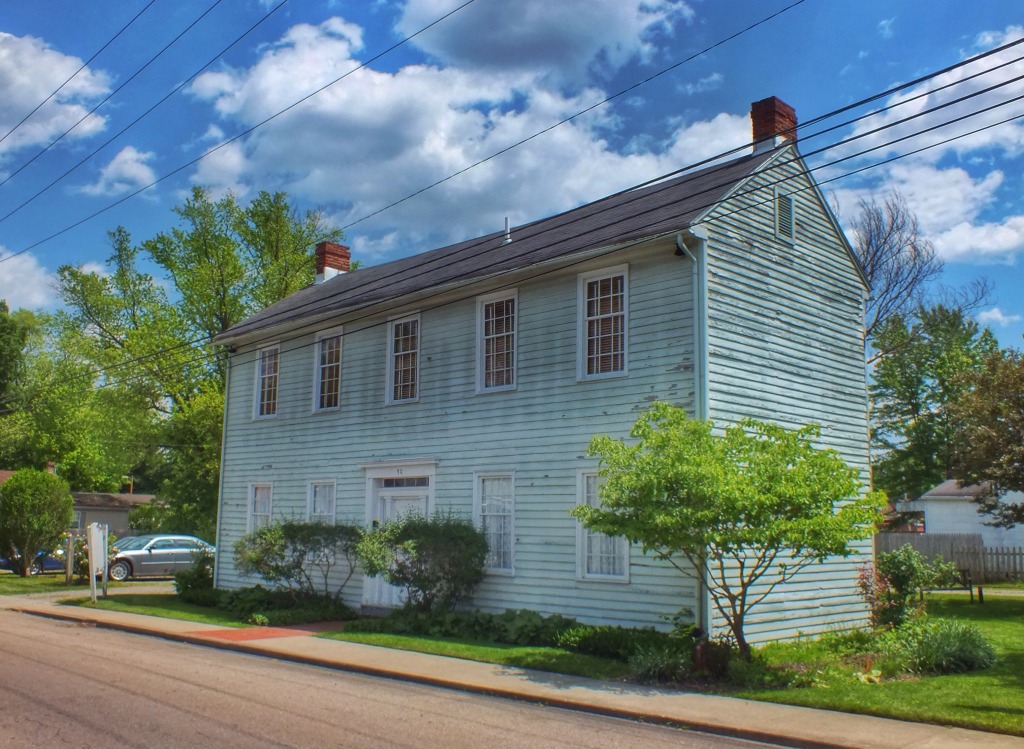 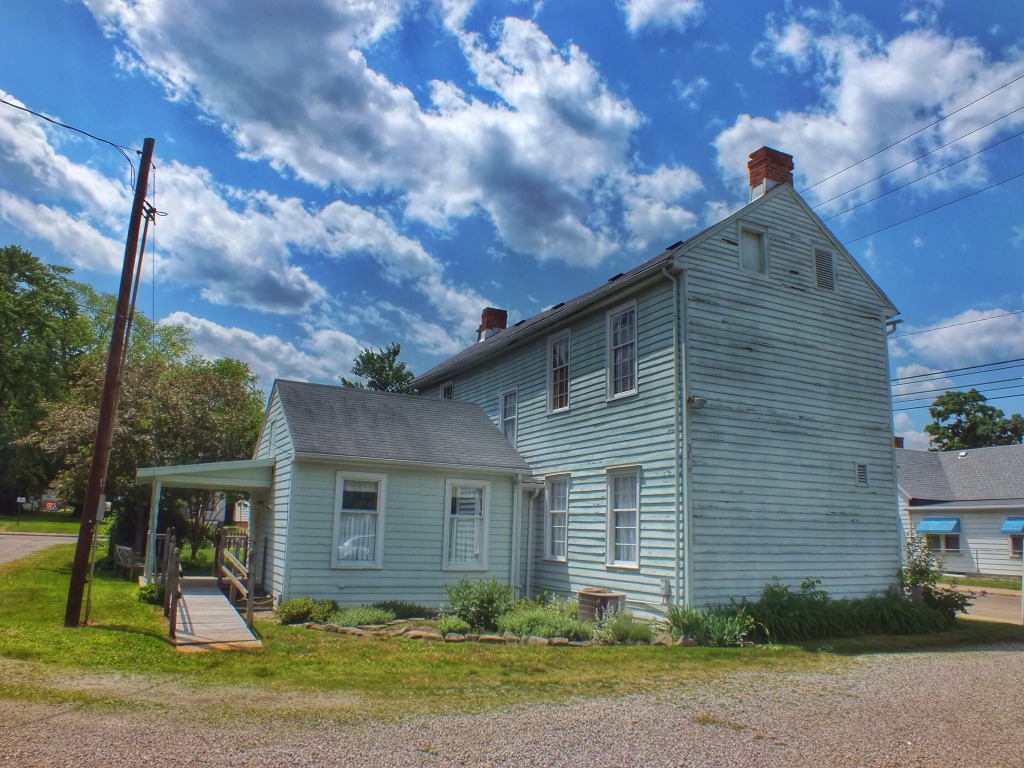 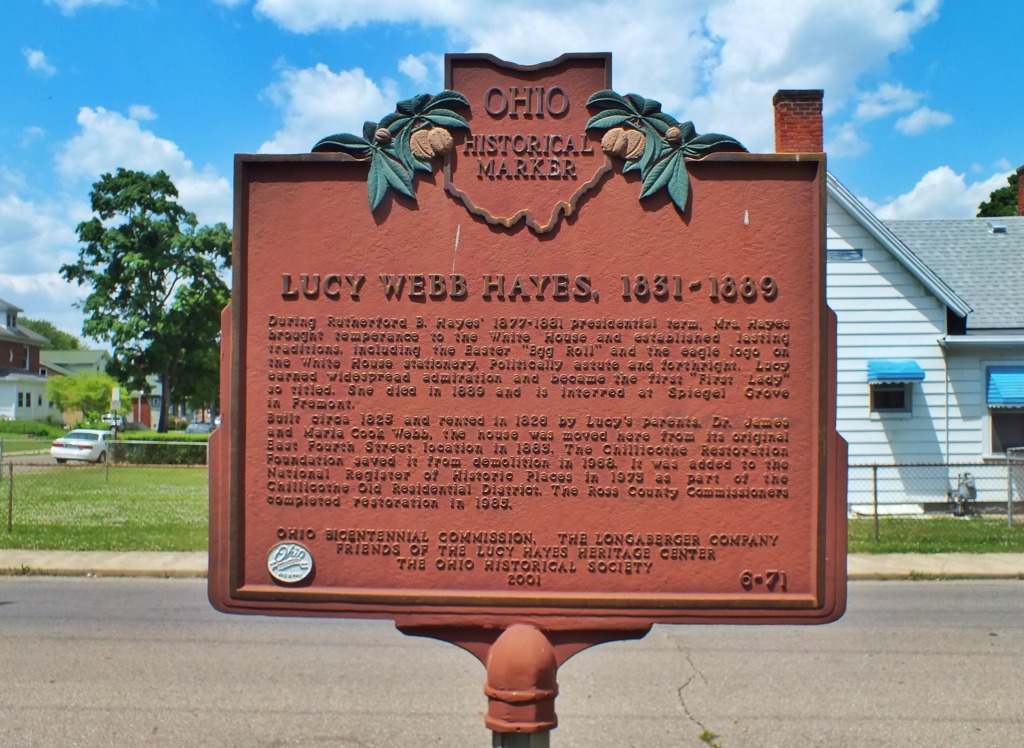 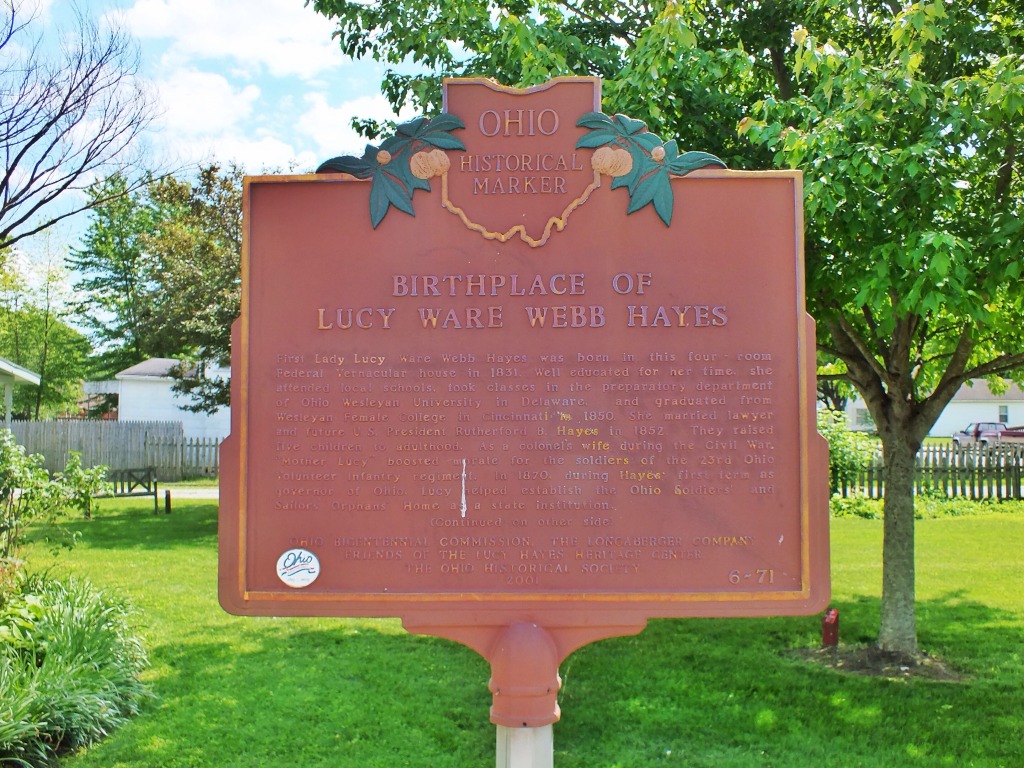 The house isn’t in very good repair. The four rooms are furnished with antiques, but I don’t think they belonged to the Webb family. I held my camera up to the front window and took a photo of the entryway and the very modern kitchen beyond. 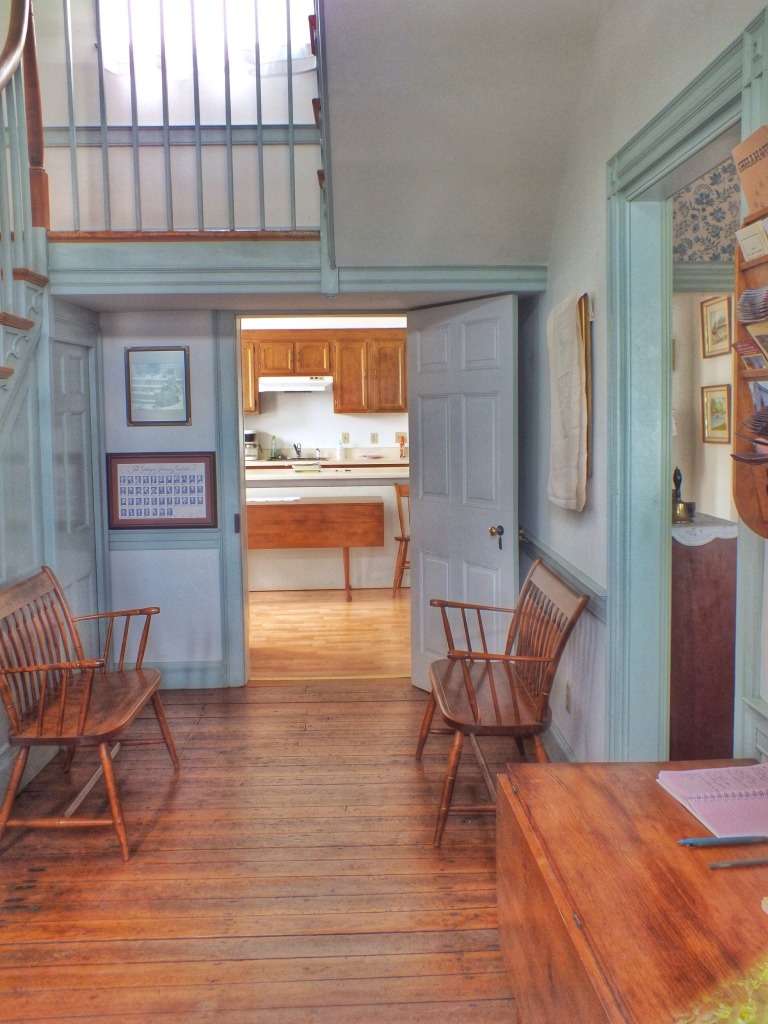 We were disappointed — it’s not like we get to Chillicothe frequently — but there wasn’t much we could do about it.