On Saturday evening, I went birding in the portion of Pike National Forest that extends below Mount Herman. The main feature of this section is the outcropping of rock that gave the nearby town of Monument its name. 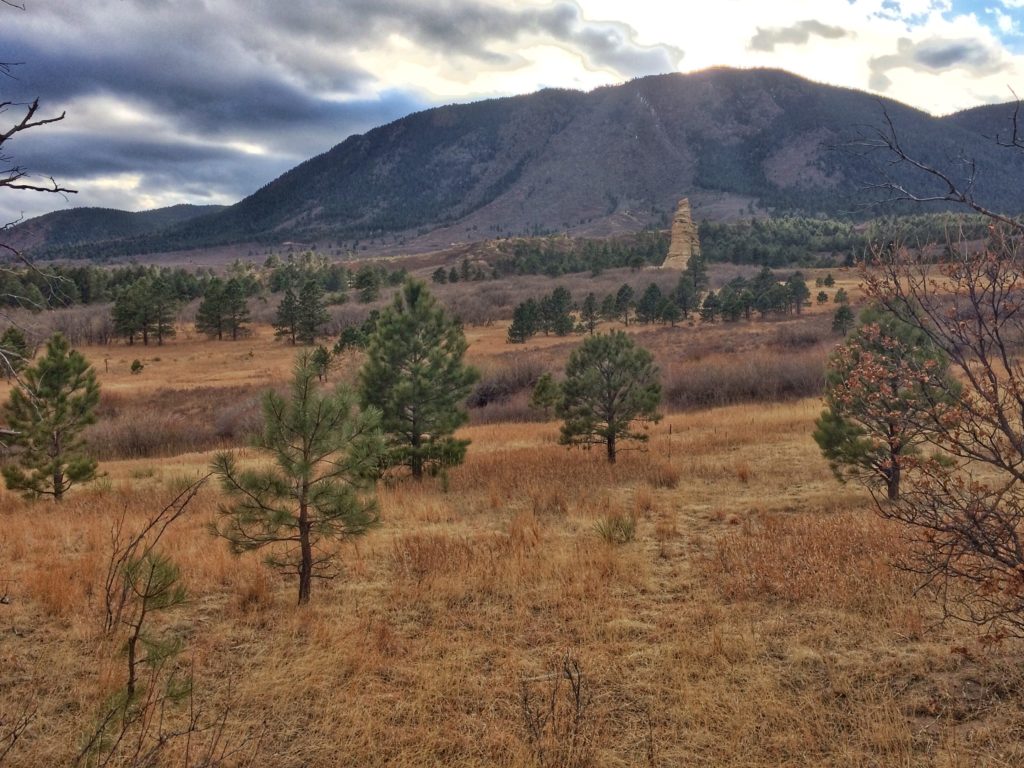 A woman was hiking around the area while letting her dog go where it would, including into the pond (that used to be for cattle). 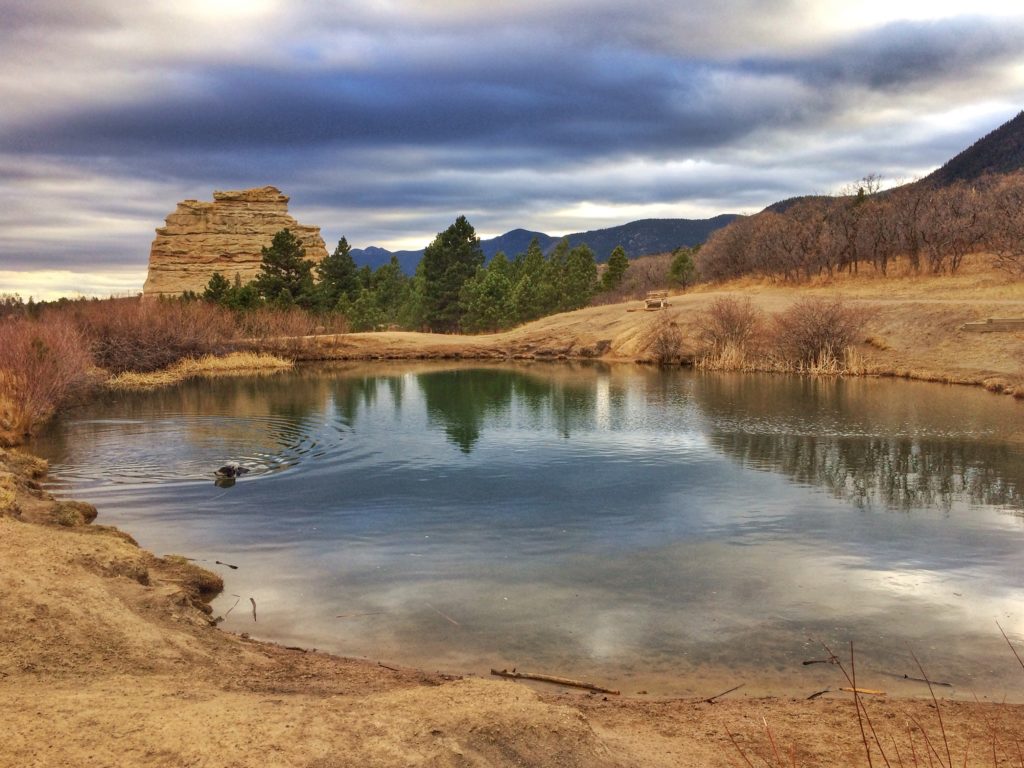 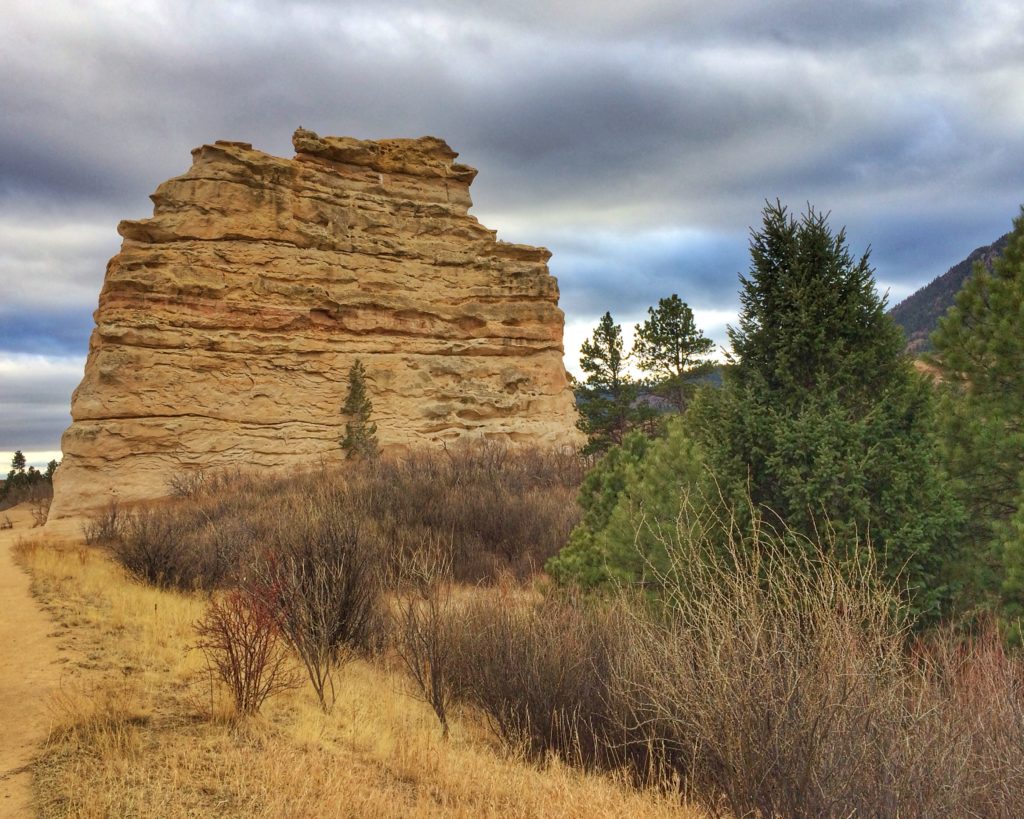 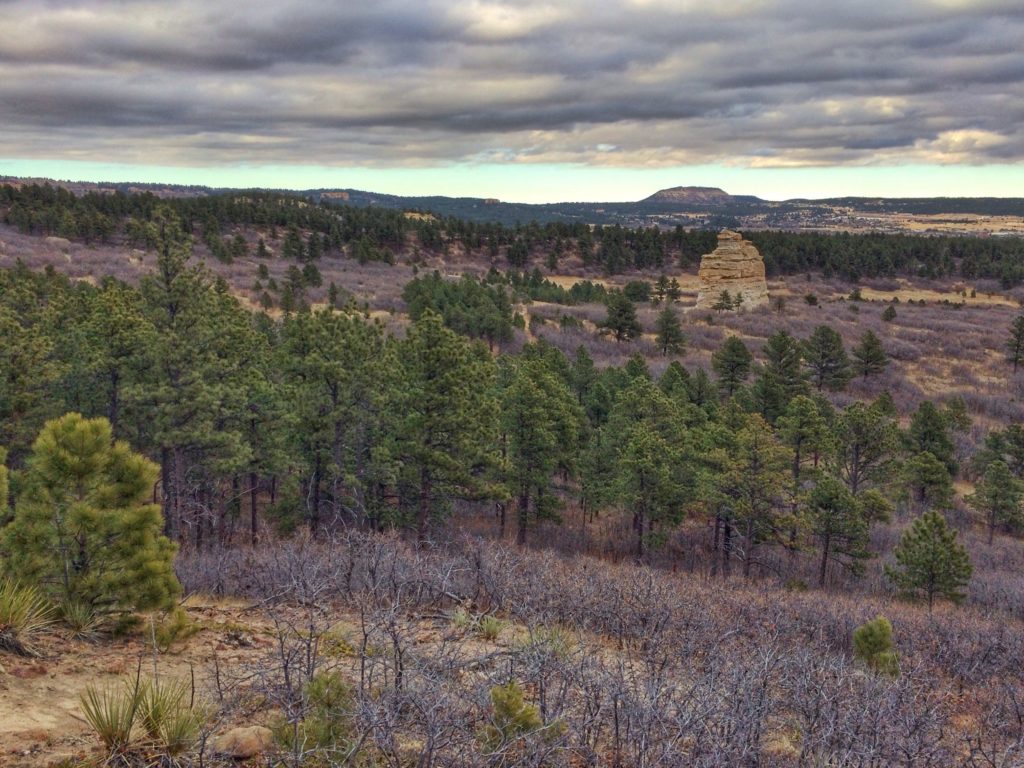 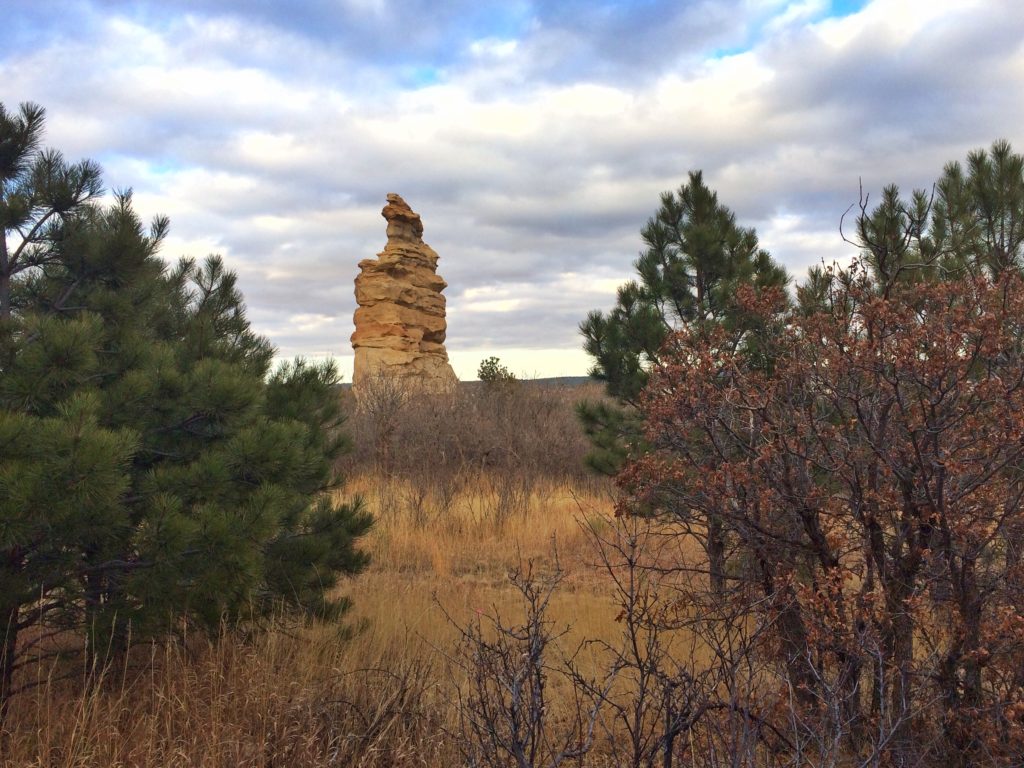 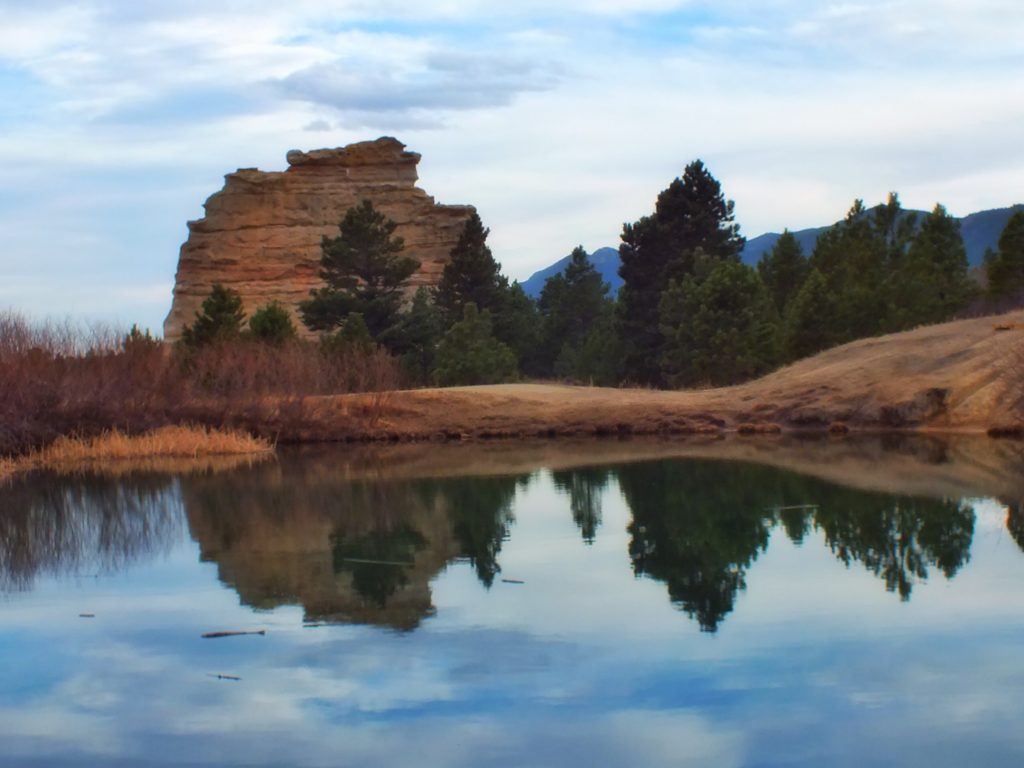