It wasn’t fast, and it wasn’t pretty. But I made it to the top of Mount Herman. I went with Young, coworker, friend, and landlord (we’re living in her basement until our house is built). She climbs mountains in her sleep and could have made it up and down at least twice in the time it took me just to get up. Here’s what it looked like from the trailhead. We were already 20 feet higher than the top of Spruce Mountain, the greatest elevation I’d reached on a hike previously. 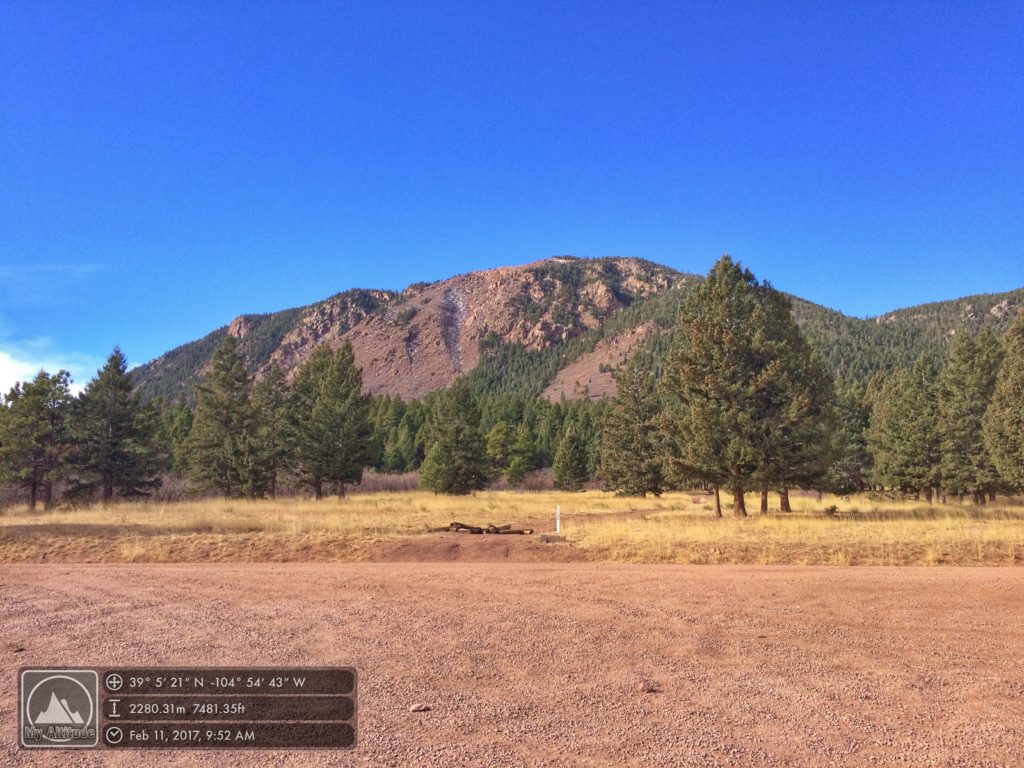 The first third of a mile climbed gradually, and I actually found myself thinking this might not be too tough.

Right. For the next mile, it went straight up, first through Ponderosa Pine. 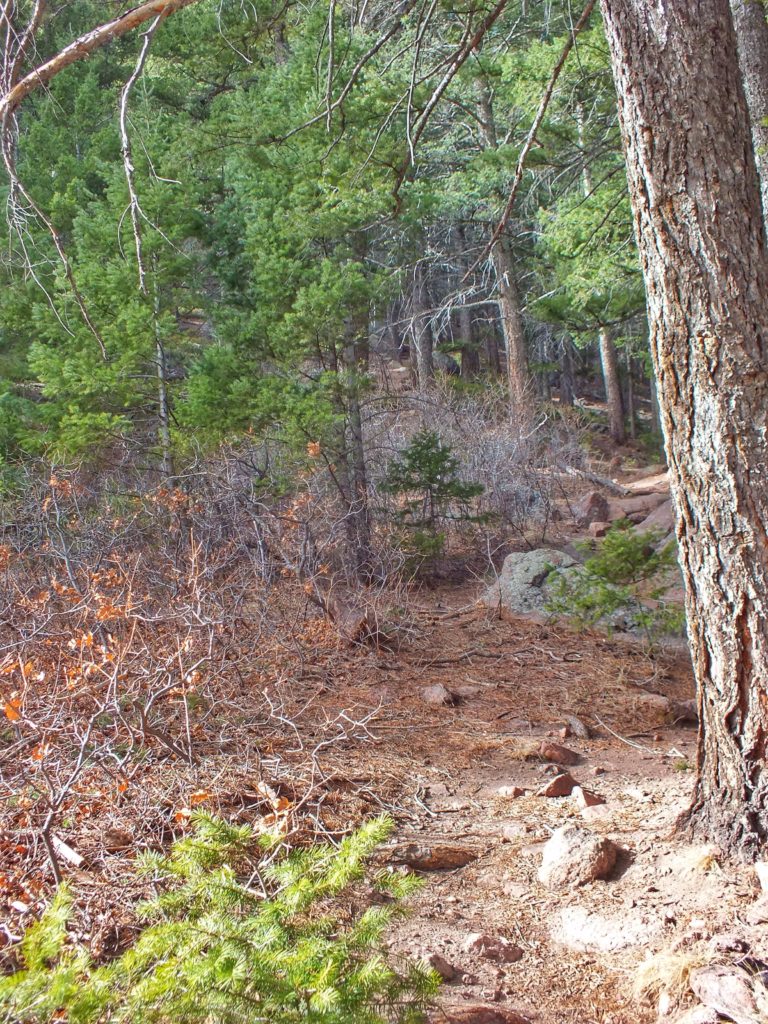 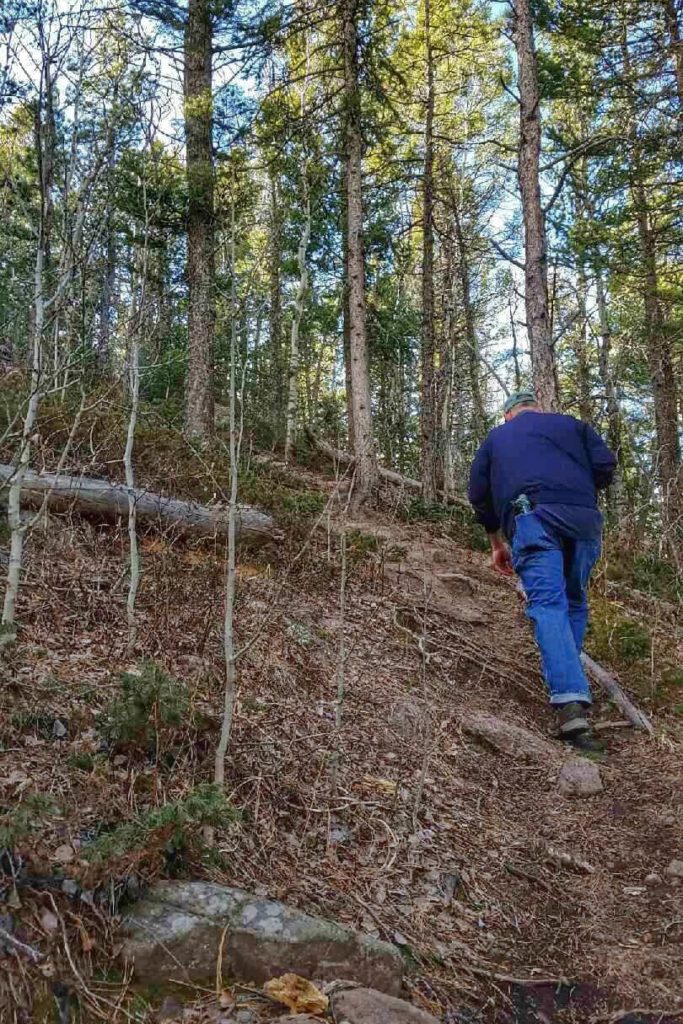 And then through Aspen. In that mile, we gained 1,614 feet of elevation. 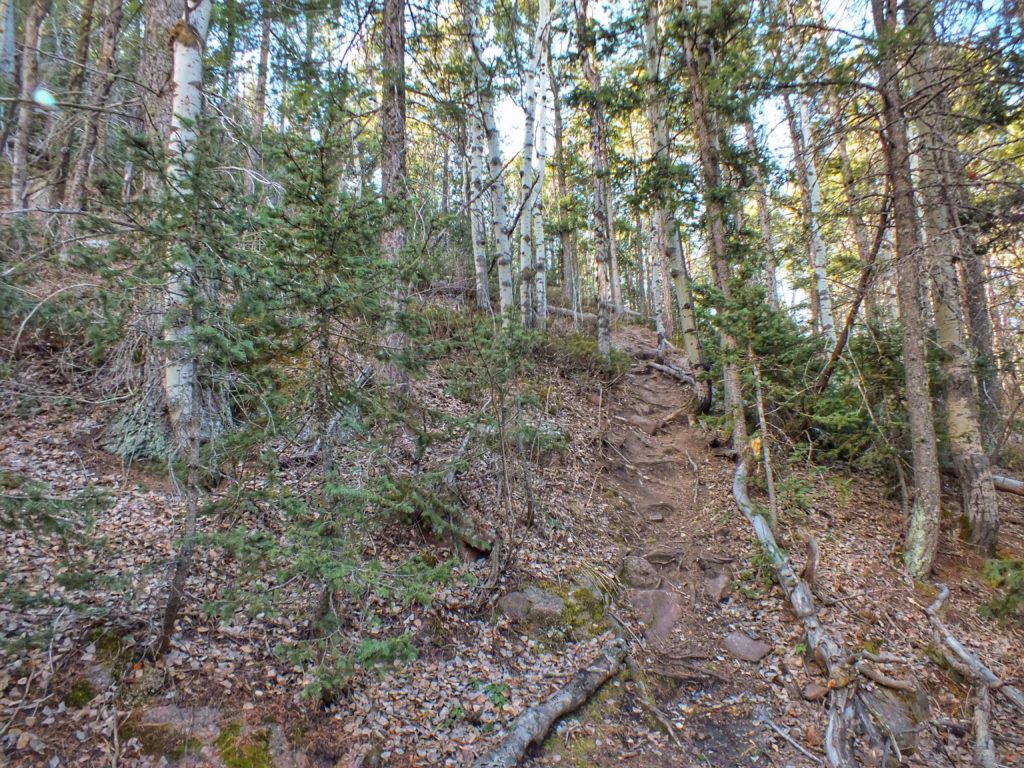 It wasn’t long before I was bushed. My legs held up pretty well, but I couldn’t get enough air in my lungs. I began stopping every 30 or 40 feet, but as soon as I stopped, I got dizzy. It really wasn’t a lot of fun. Toward the top, I surrendered all dignity and climbed while bent over, using my hands to pull myself up on everything that offered a hold. 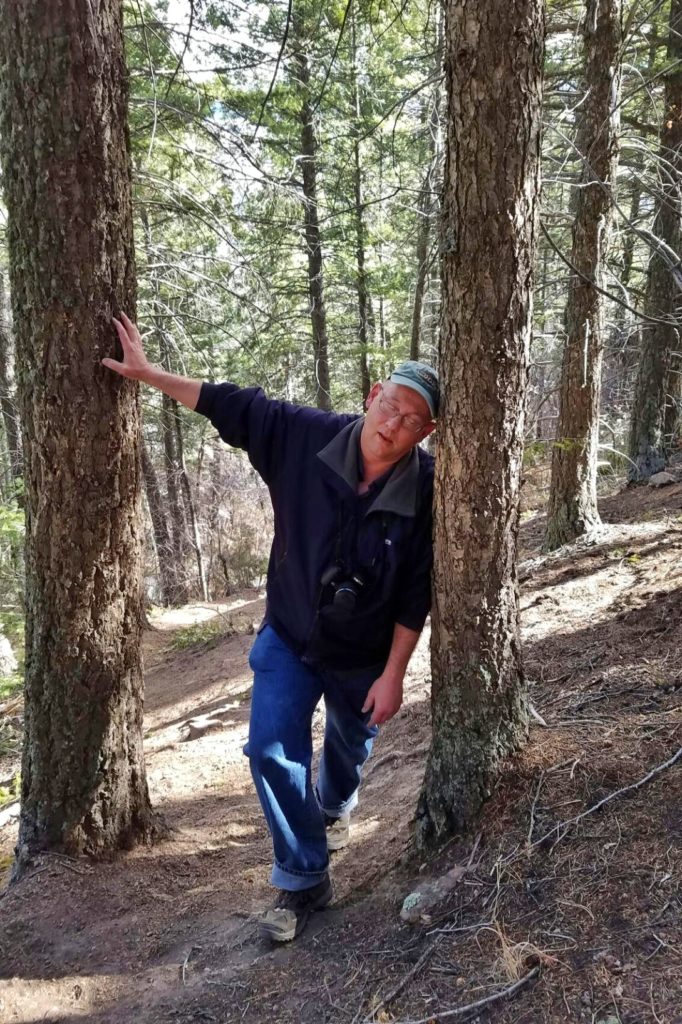 The trees were more stunted near the top, and the trail wasn’t quite as steep. I’d thought the dizziness was because of the altitude, but as soon as I made it to the top and didn’t have to gasp for breath, I felt fine. 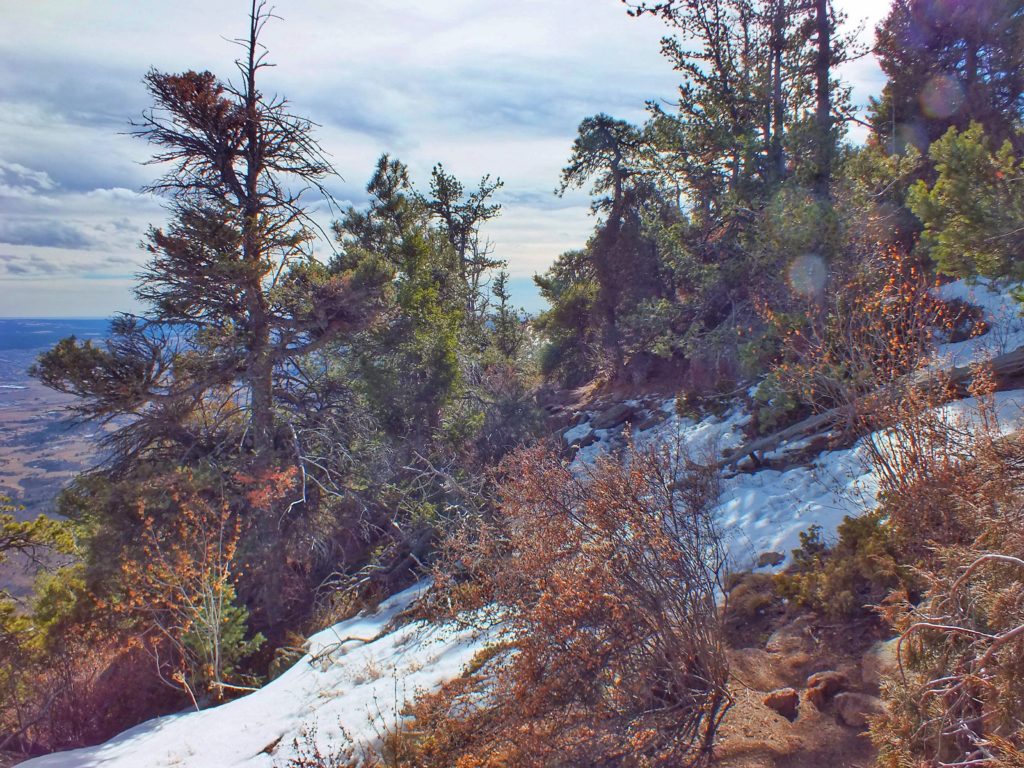 It took me an hour and 20 minutes to climb that mile, but the views were worth it. If you zoom in, you can see the parking lot where I took the first photo. 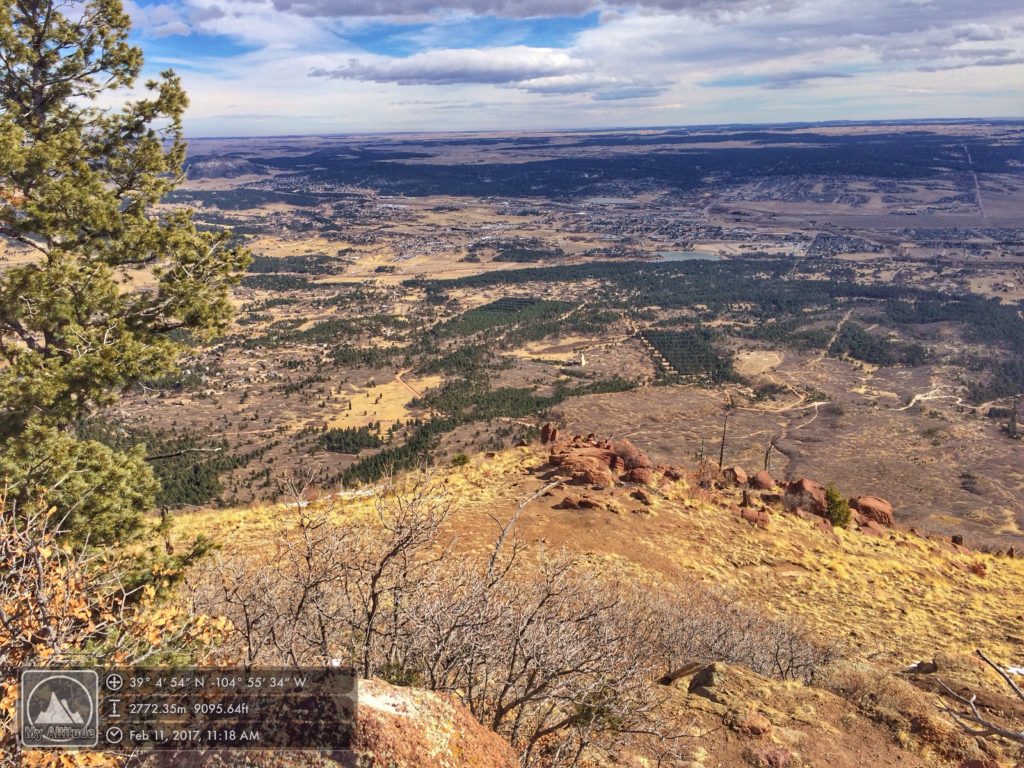 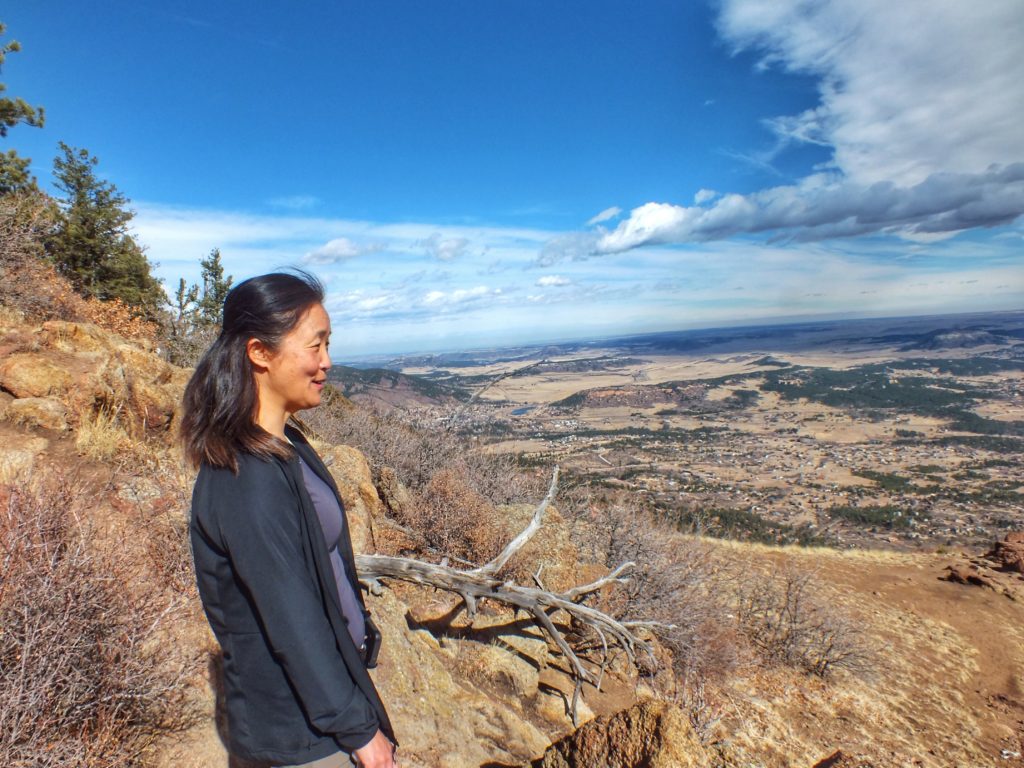 Looking north-northeast with Palmer Lake and Ben Lomand Mountain in the middle distance and Spruce Mountain behind that. 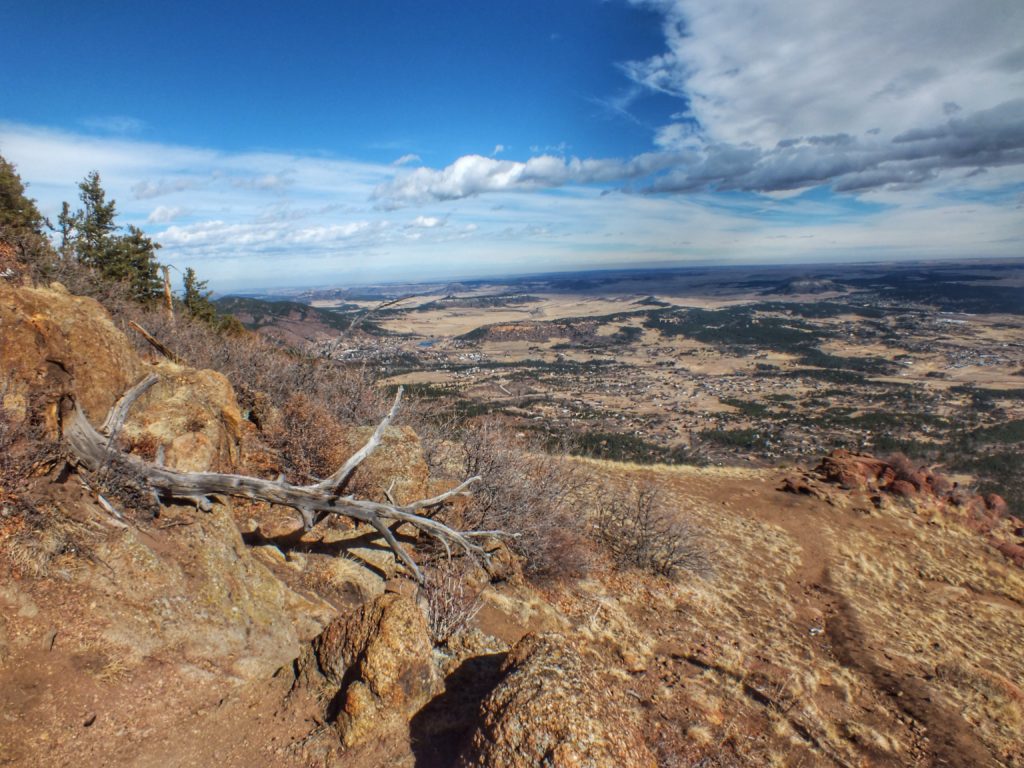 Looking east, with Monument Lake and Woodmoor Lake in the middle distance. 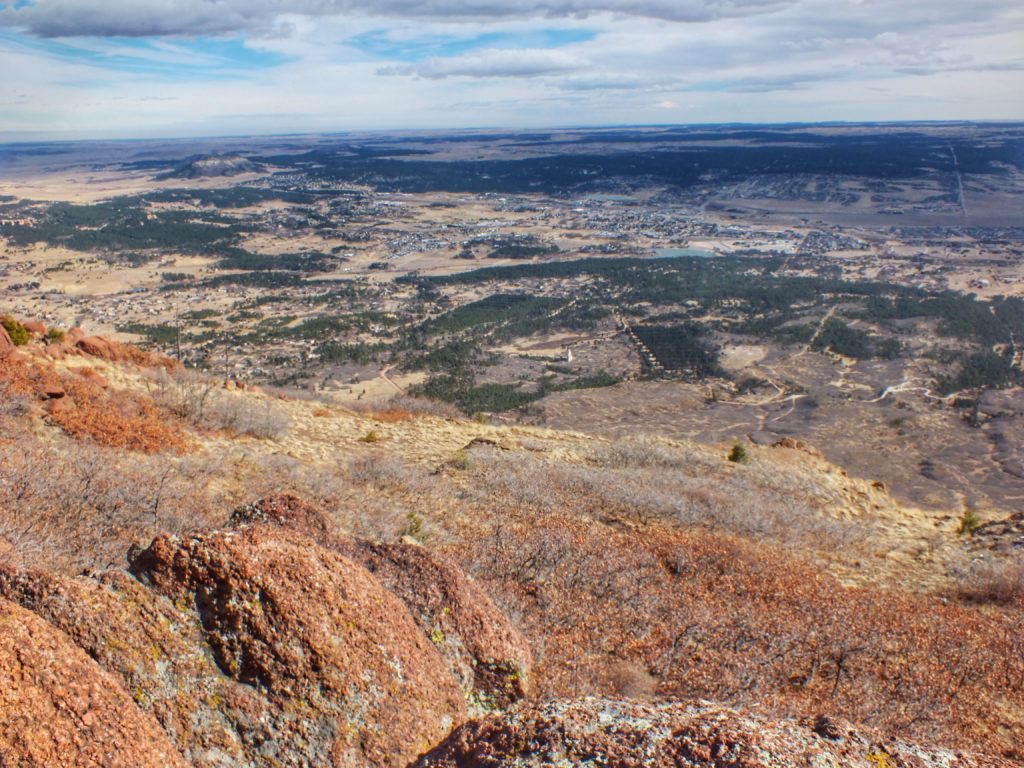 I found the Chase’s home and took a close up. The house itself is mostly hidden behind another house, but I can find our car in the driveway. 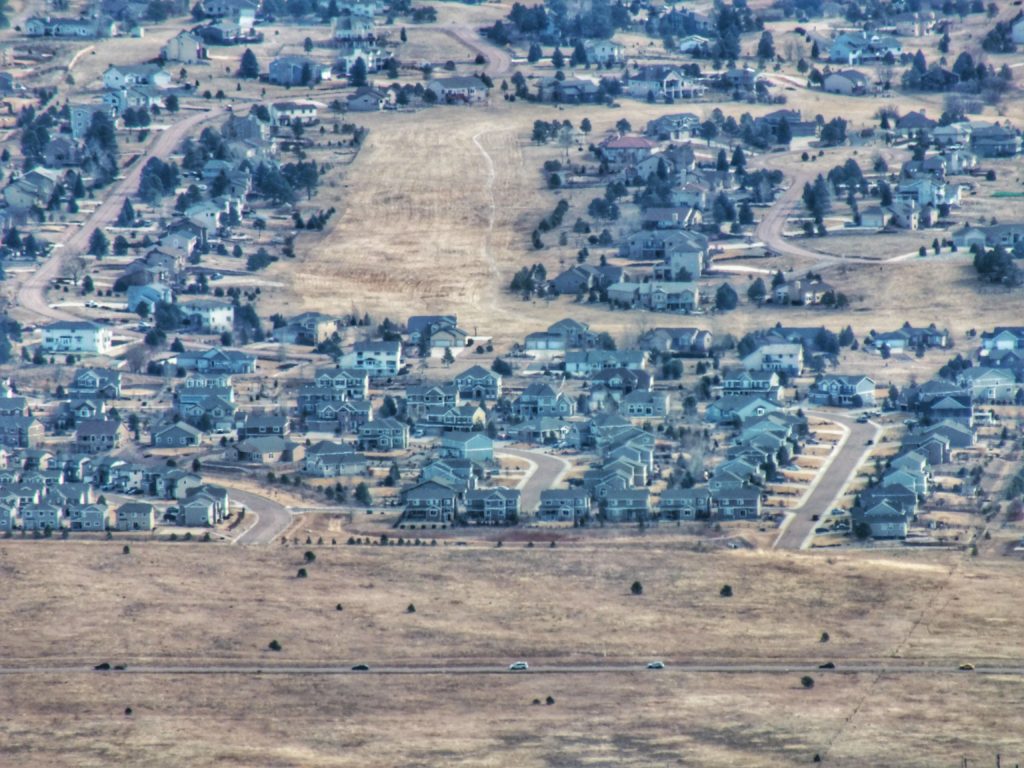 Looking south along the Rampart Range, with Colorado Springs on the left and Pikes Peak on the right. 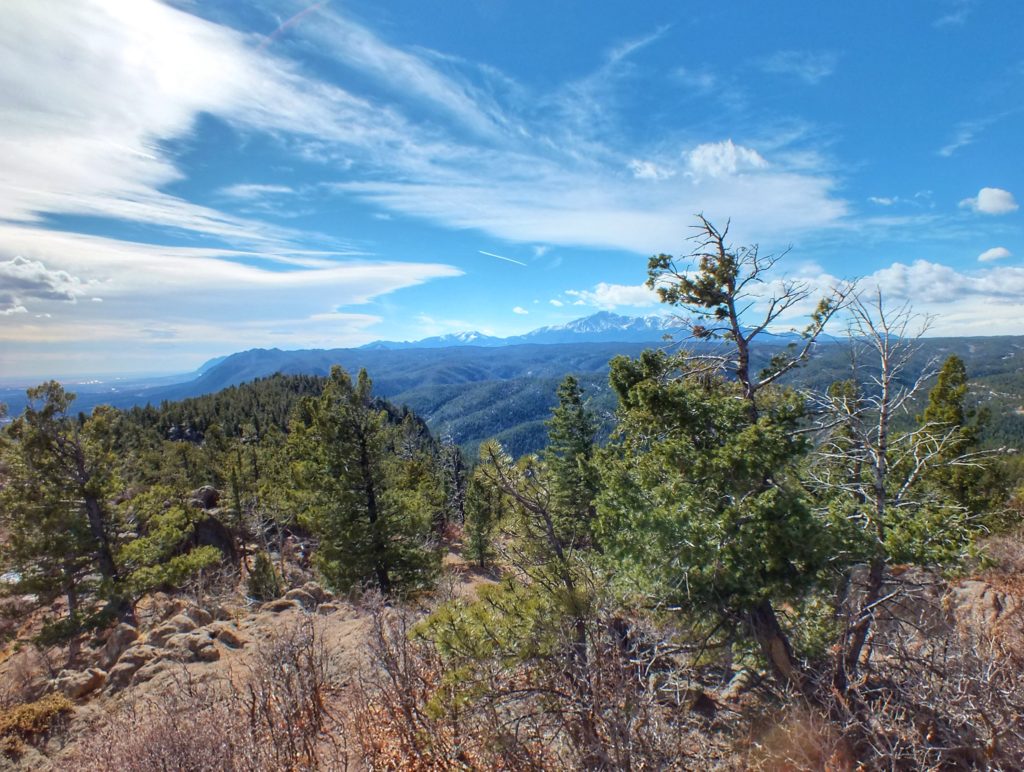 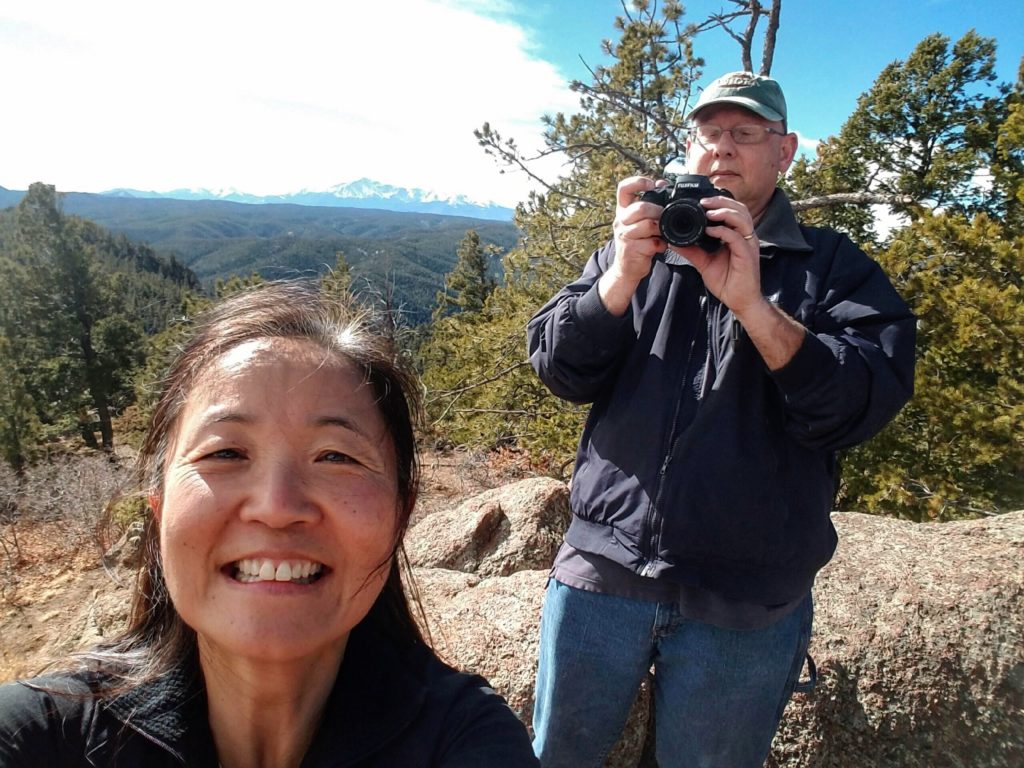 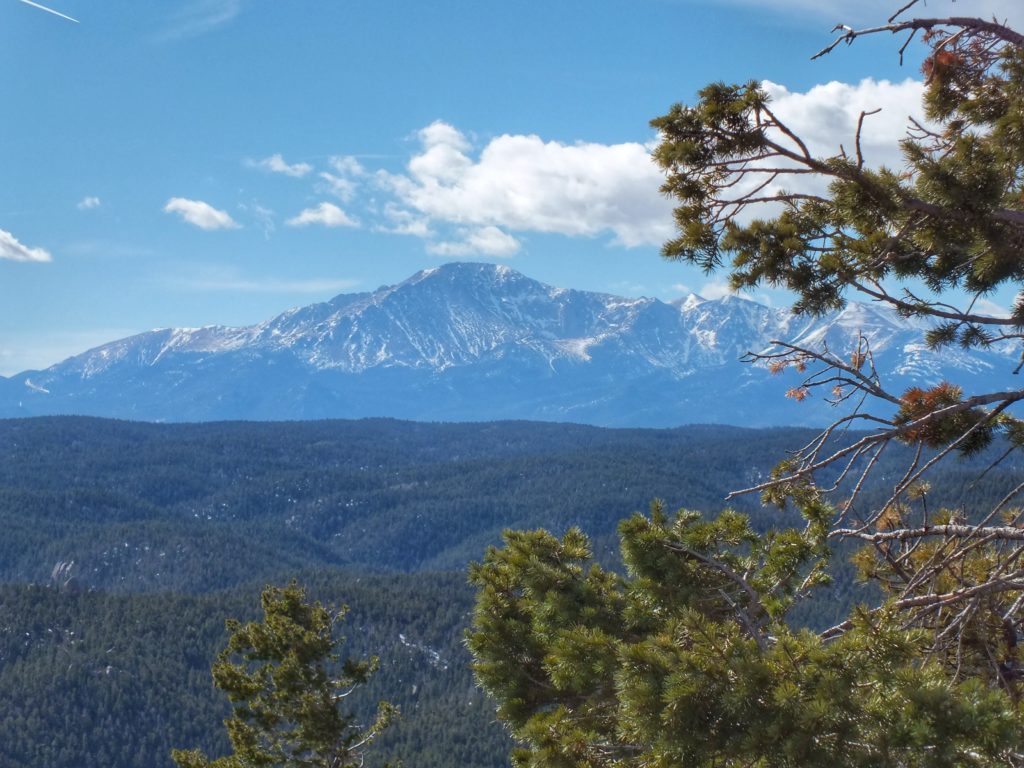 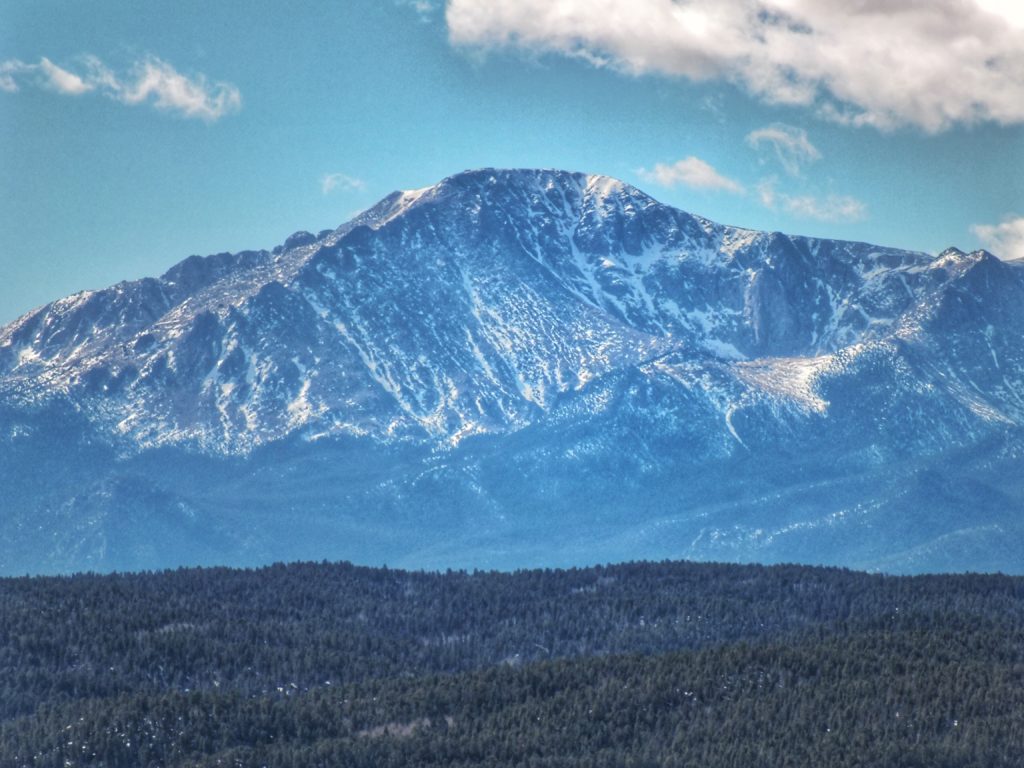 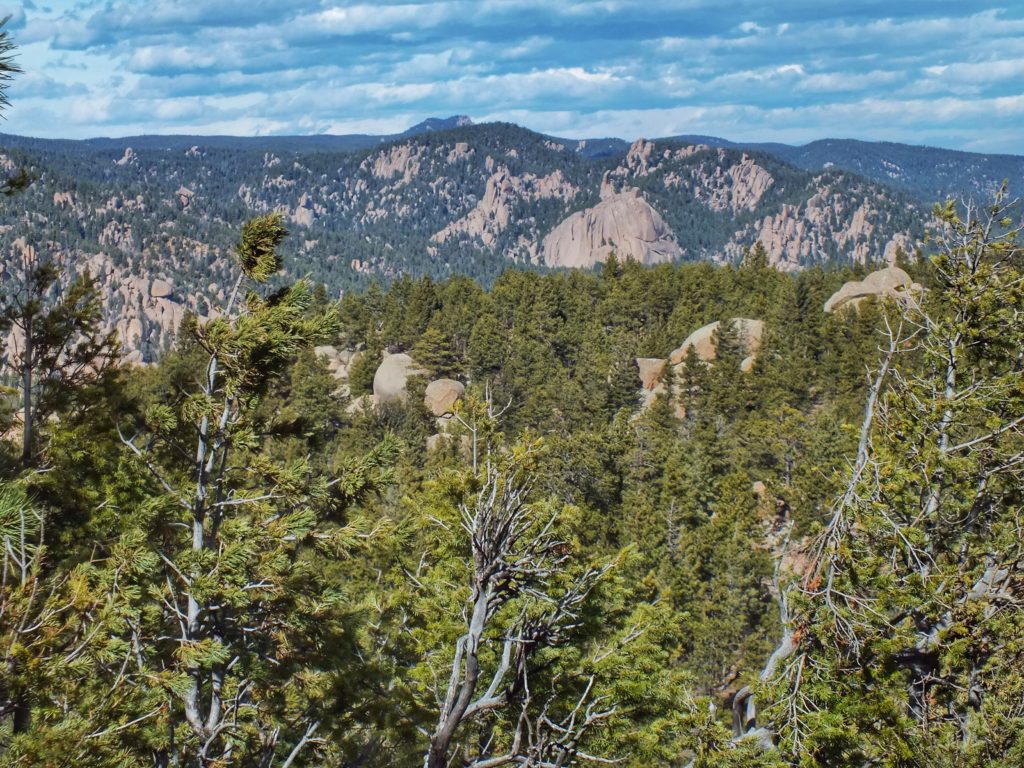 Me on the peak of Mount Herman. 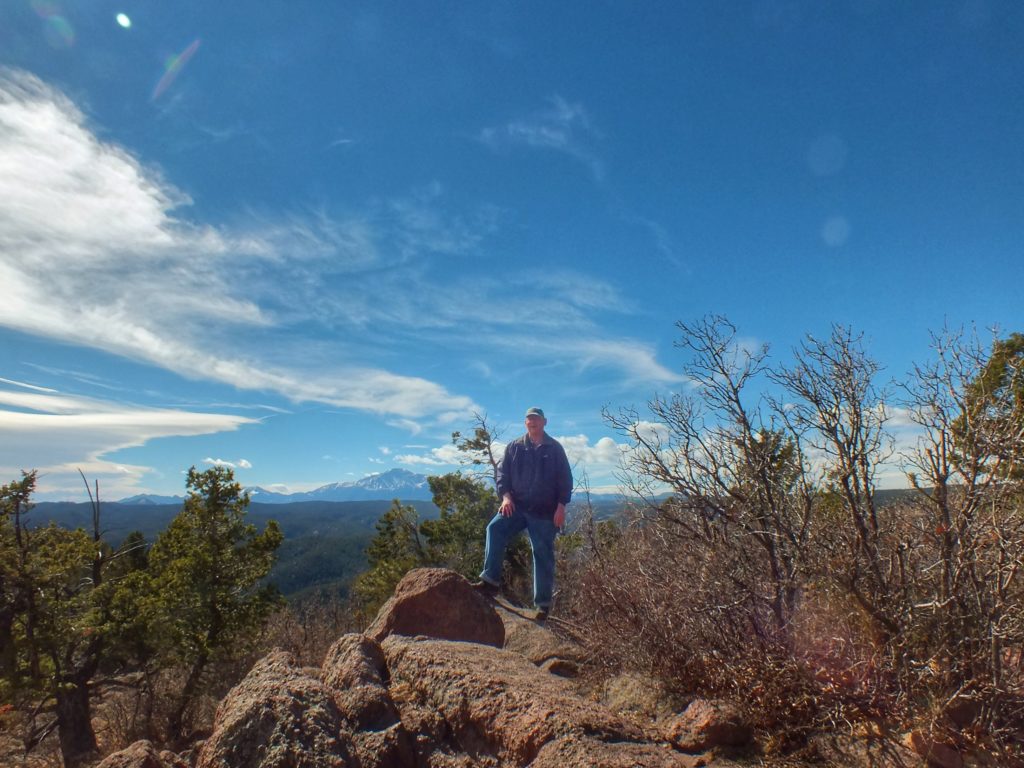 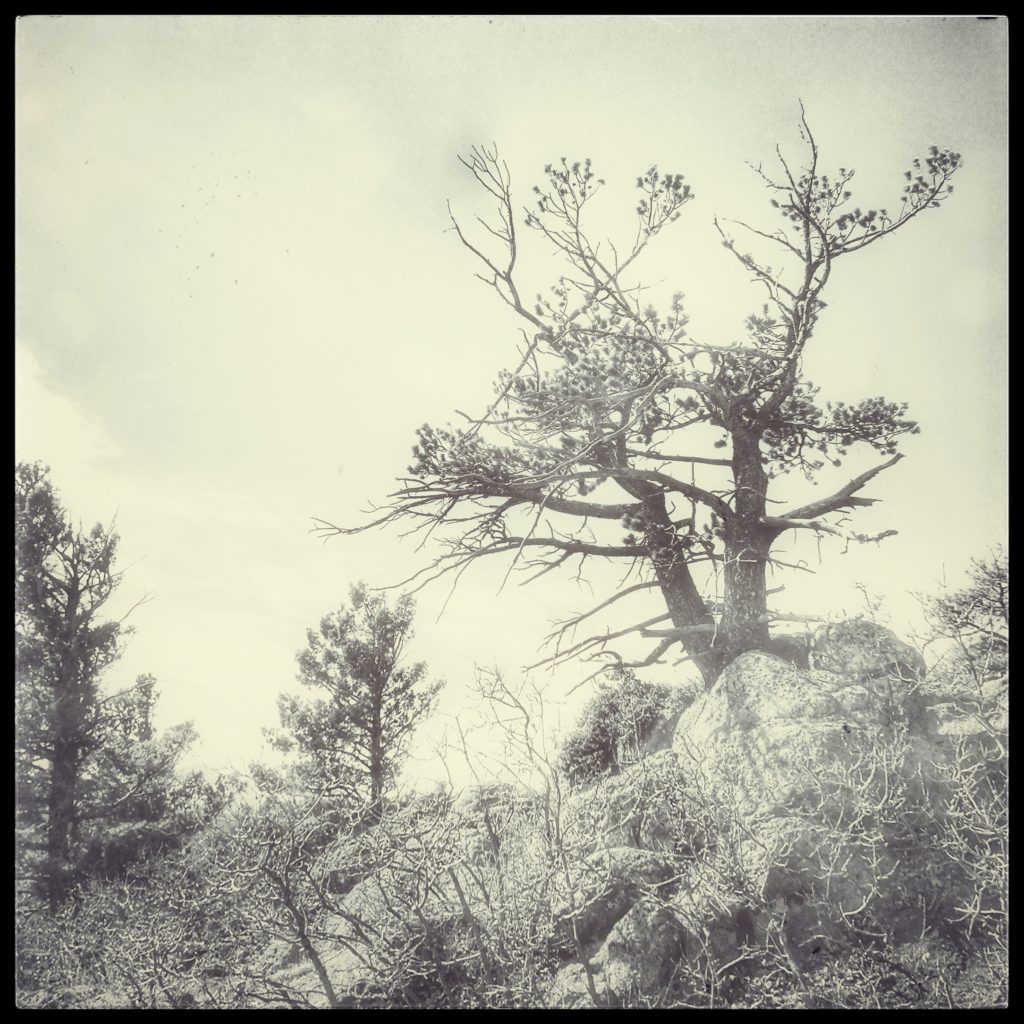 The hike back down was easier on the lungs but harder on the knees. My descent reminded me of the line from toy story, “That wasn’t [hiking]. That was falling with style.”

Near the trailhead, a flock of Mountain Chickadees came to visit. This one approached to within two feet and investigated us. 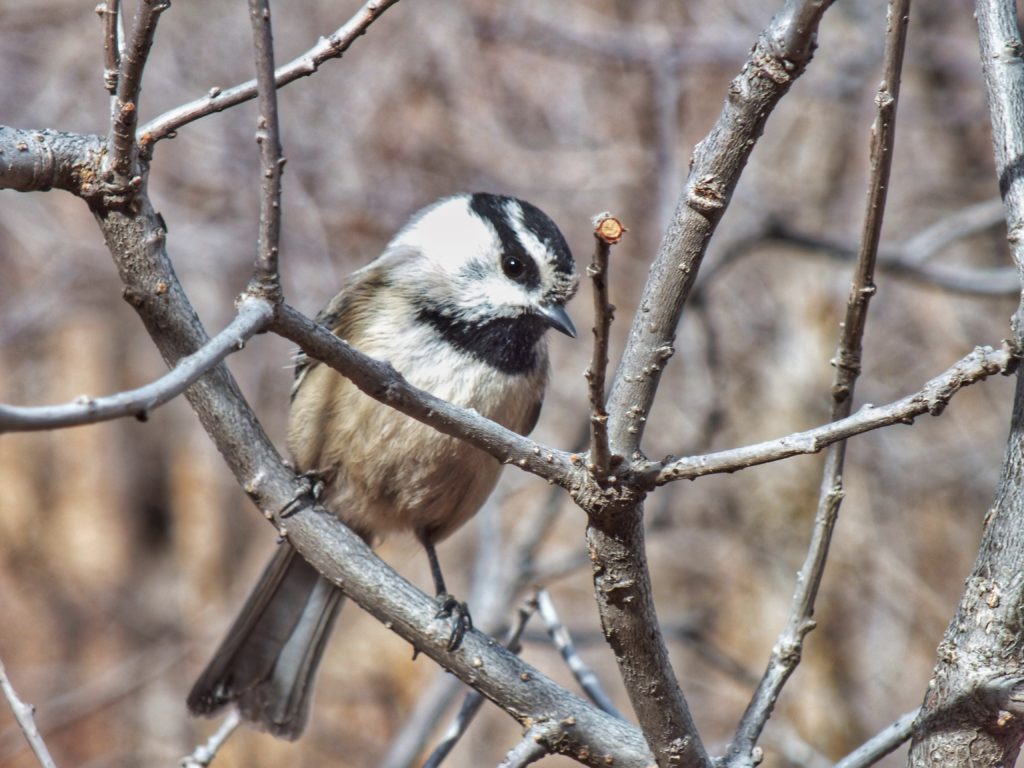 I don’t know that I’ll ever be able to run up Mount Herman, but I’d like to get to the place where I can climb it with dignity.