We took the ferry across Lake Erie to South Bass Island. Oliver Hazard Perry won an important naval victory over the British off the island in September, 1813. The victory enabled the United States to keep what was then the northwest portion of the nation and convinced the British to cease fighting the war of 1812. It was after this battle that Perry wrote back to Washington, “We have met the enemy and they are ours.” 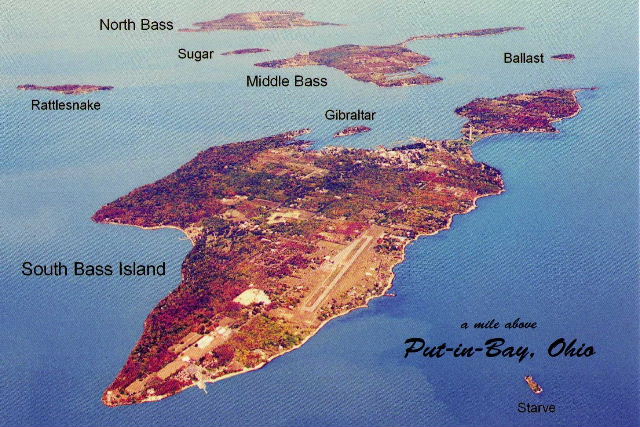 When we got to the island, we walked to the south end to see the lighthouse, then walked the length of the island to the monument — a tall granite tower located where the island narrows to a thin neck near the town of Put-in-Bay. We stopped in the tiny visitor center, then paid $3.00 each to ride the elevator to the viewing platform on top of the tower. 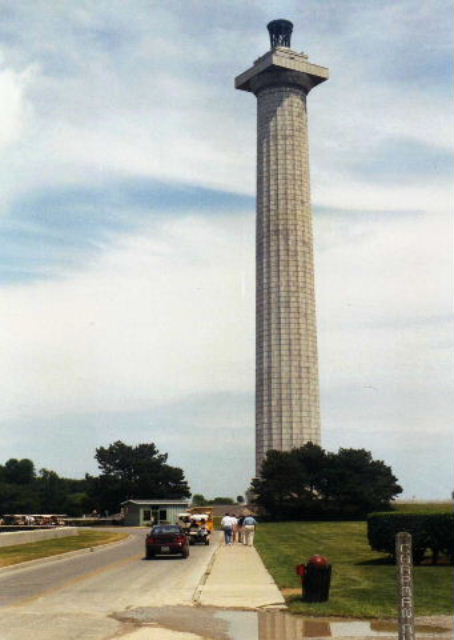 There are about 12 islands in this part of Lake Erie, a few of them in Canadian waters. We could also see the shoreline of Canada off to the north and Michigan off to the east. We stayed up top about 20 minutes, then walked through Put-in-Bay before taking a shuttle bus back across the island to the ferry. 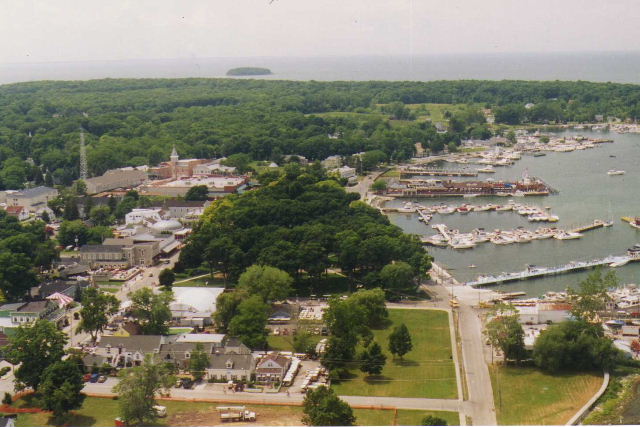 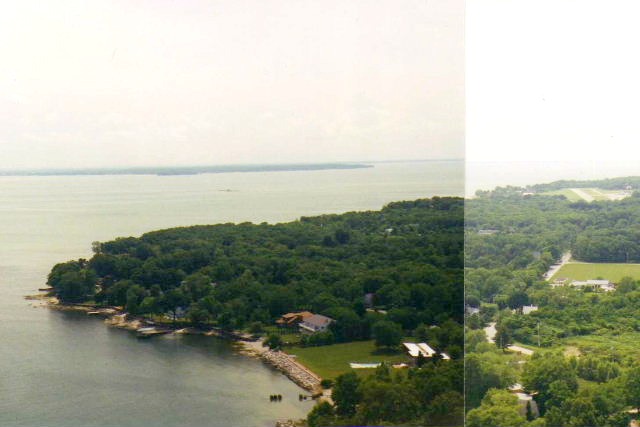 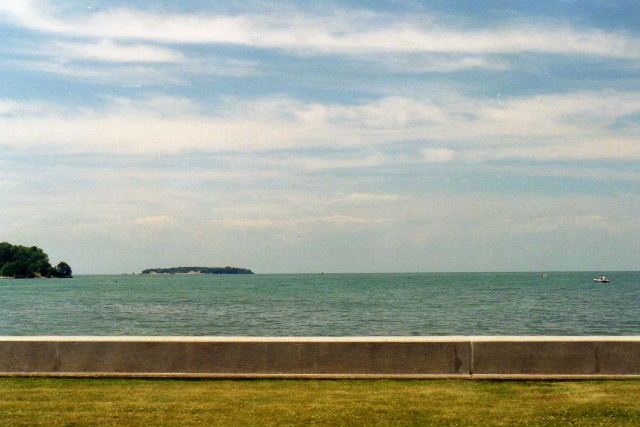