Yes, I know it’s Clinton. But I enjoy visiting Presidents’ homes and I was in Arkansas with a day to kill. I drove down in the morning and arrived at 11:30. I was greeted by a friendly woman who gave me a whirlwind tour of the small museum in the visitor center. She turned out to be a cousin of Mike Huckabee. She took this photo of me in the museum, standing on a replica of Bill’s Oval Office rug. 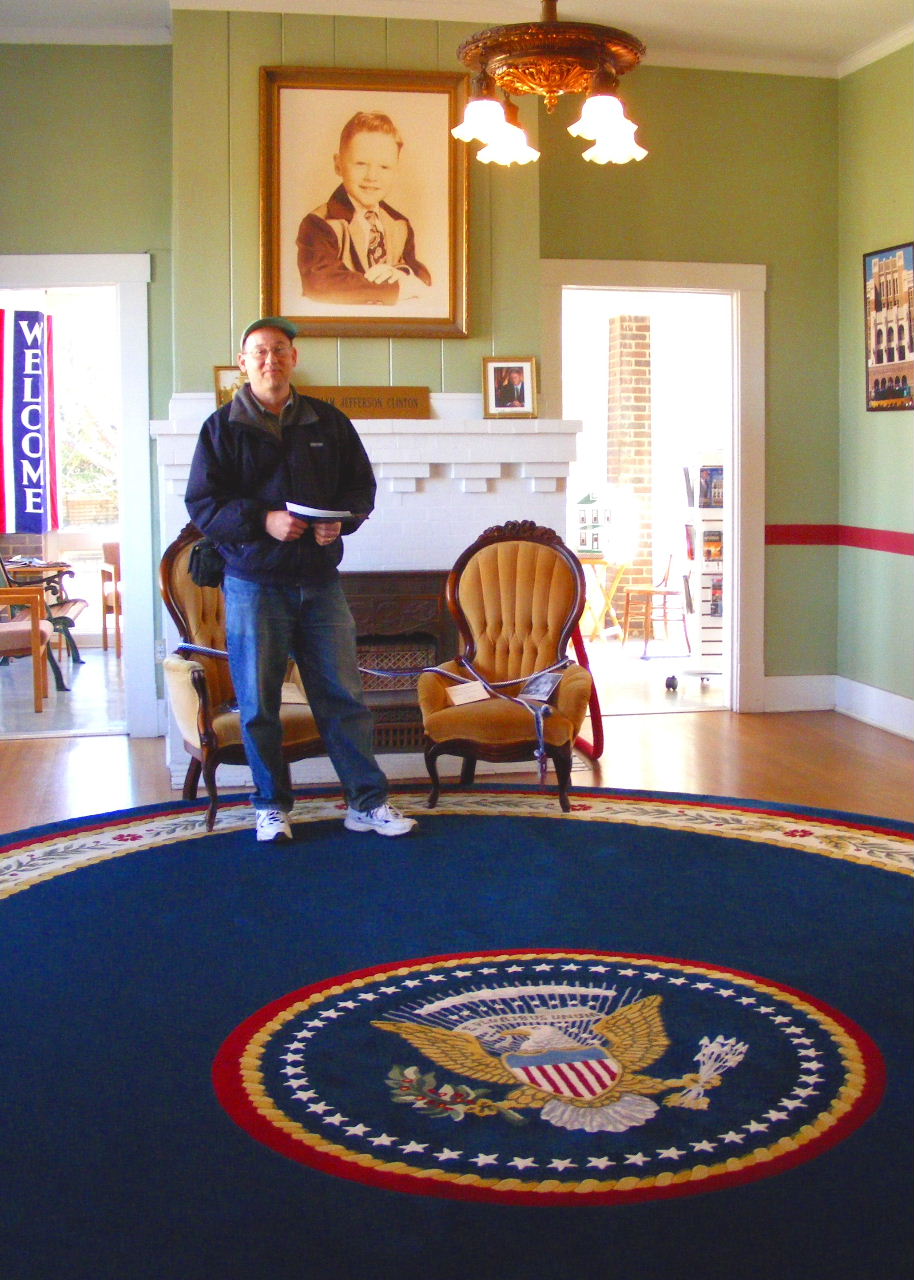 Clinton was born on August 19, 1946 at Julia Chester Hospital in Hope. His dad died in an auto accident two months before he was born. His mother, Virginia, moved into this house with her parents Eldridge and Edith Cassidy. Bill lived here for four years until his mother remarried, then visited often until his family moved to Hot Springs in 1953.

I wasn’t allowed to take photos in the house, but there wasn’t much to see. It was decorated with furniture from the period, but the only things that belonged to Bill’s family were a couch and a child’s book. There are a few photos of the family in the house, and an effort has been made to set things up to look as much as possible as it did when Clinton lived there.

Bill’s bedroom is on the upper left in this photo of the side of the house. 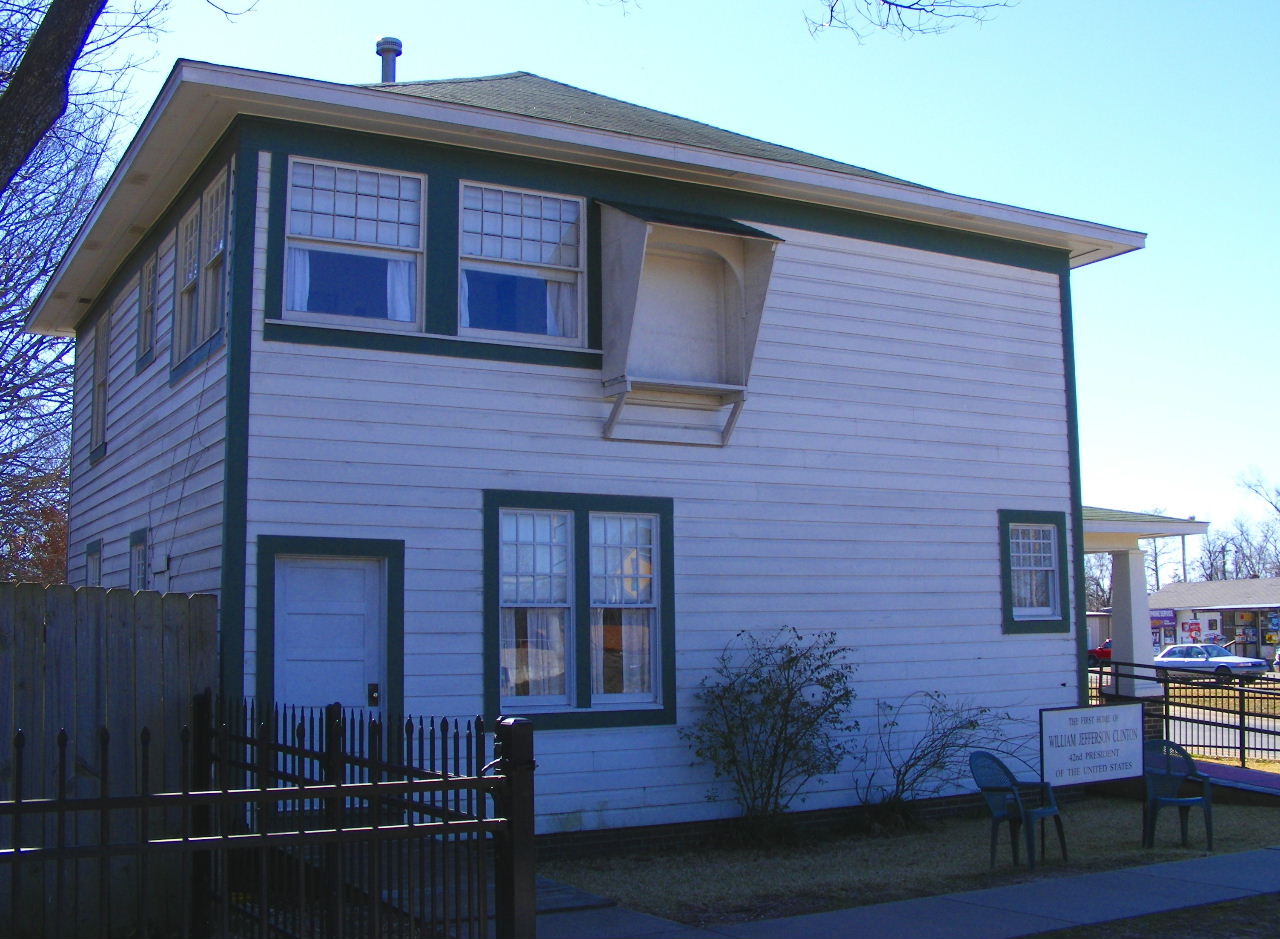 The brick house to the right of Clinton’s house was the boyhood home of Vince Foster. Yes, that Vince Foster. The one who served as Bill’s Deputy White House Counsel during his first term and then committed suicide under suspicious circumstances.

The house on the left in this pan is the visitor center. The Clinton Birthplace Foundation tried to buy Foster’s house for the museum, but the guy who owns it raised the price way beyond it’s value, so they bought this one instead.

Clinton visited the house after it was restored and declared his approval of the restoration. But he wanted to make sure the guides stressed that the house was in much worse shape when he lived here. 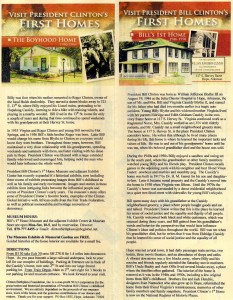 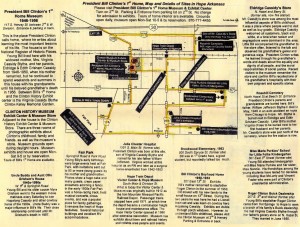