I drove across town to the house where Bill moved when his mother married Roger Clinton. He lived here for two or three years. According to the the display visible through the front windows, he spent most of his time here playing with trains and imitating Hopalong Cassidy. 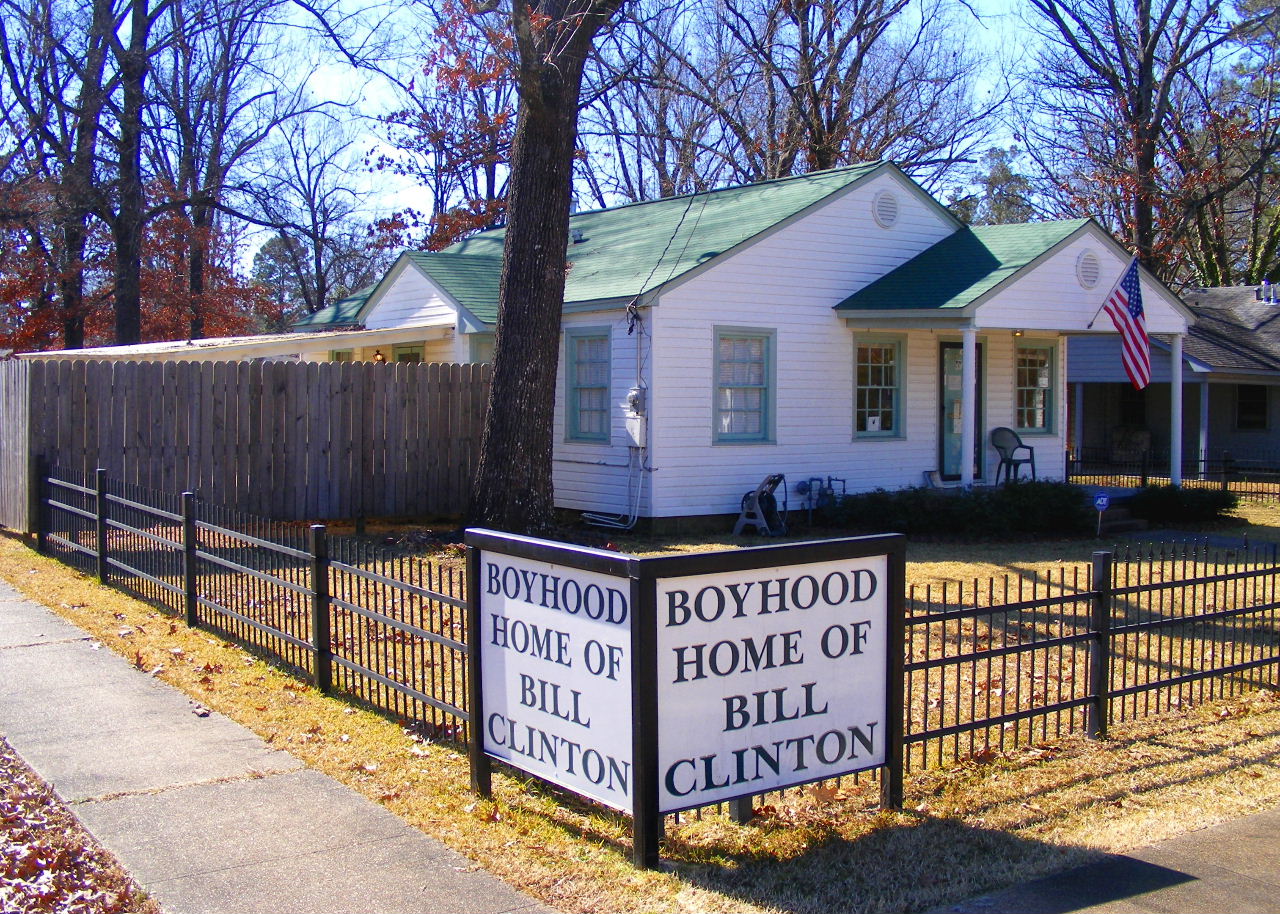 There was no place to park and the streets were narrow, so I pulled into the driveway. Here’s the back of the house. 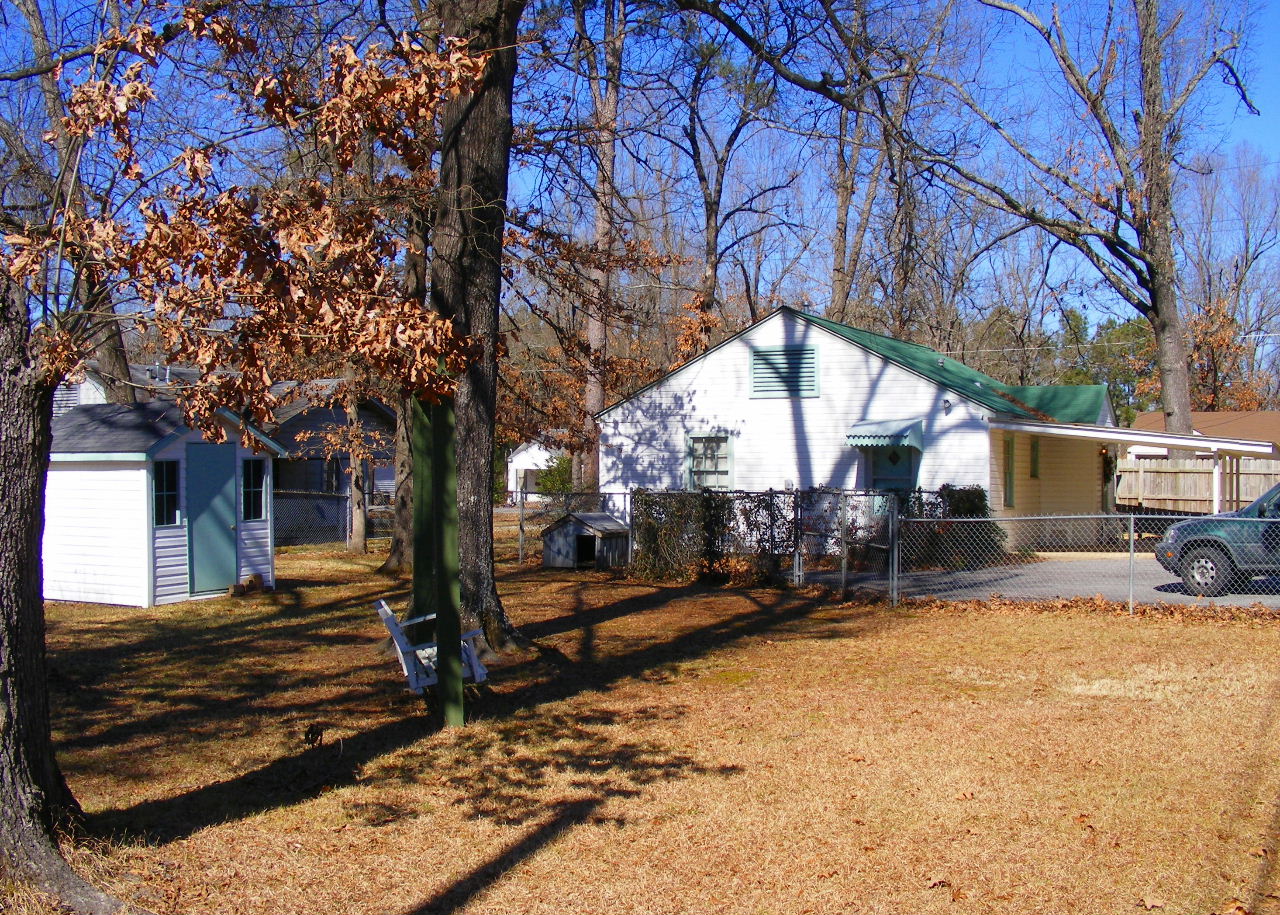 The brick monument by the front gate, visible in this panorama is made from bricks from the Julia Chester Hospital, where Bill was born. There’s also a photo on the fence of Bill being interviewed on the front porch by Dan Rather.

Here’s the view through the front window. 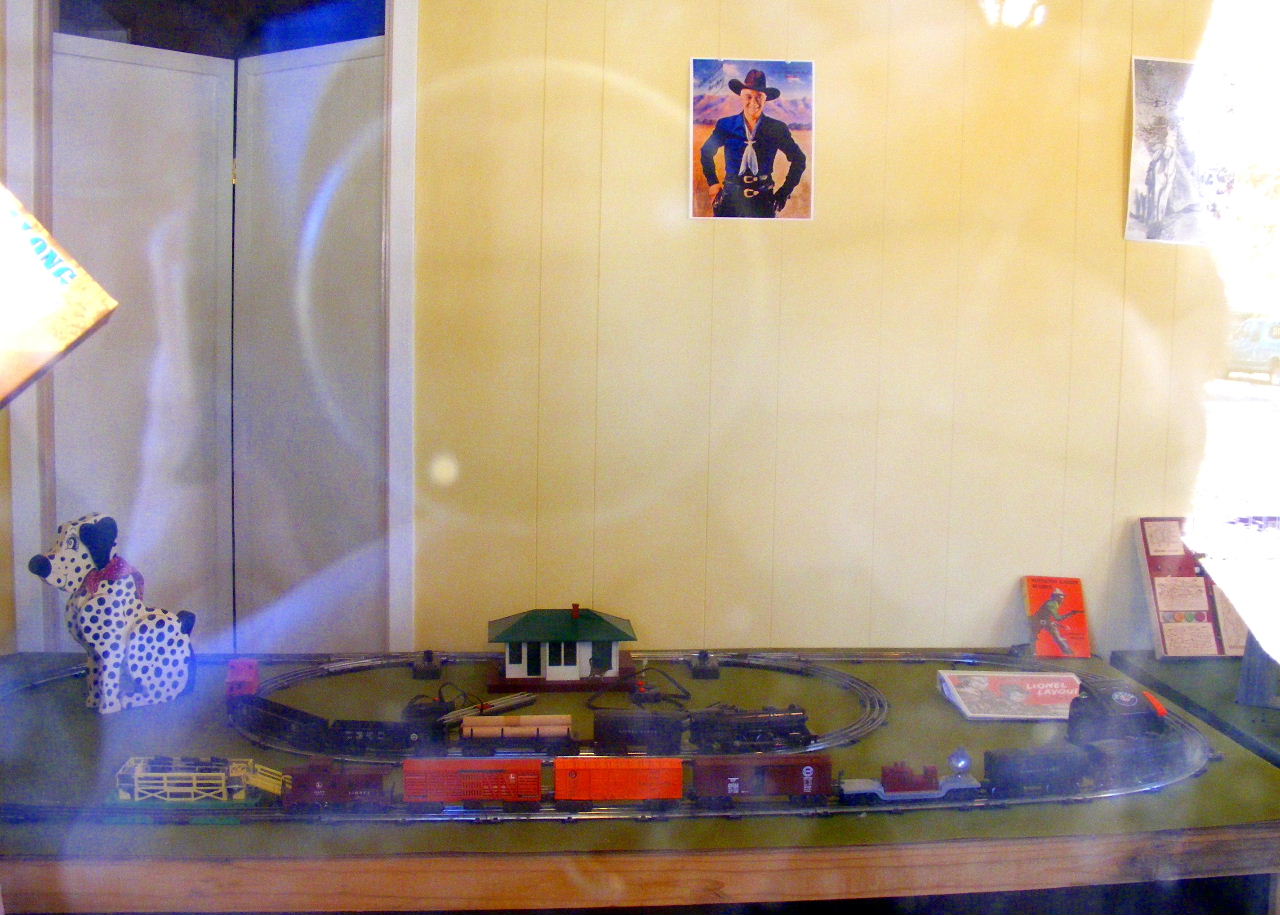 When I finished taking photos and walked to my car, a raccoon ran across the patio and ducked into a hole under the house. I drove the few blocks to the building where Bill went to first grade. It’s no longer a school — I’m not sure what it is — but there’s a sign out front that says “Elementary School of Bill Clinton.” 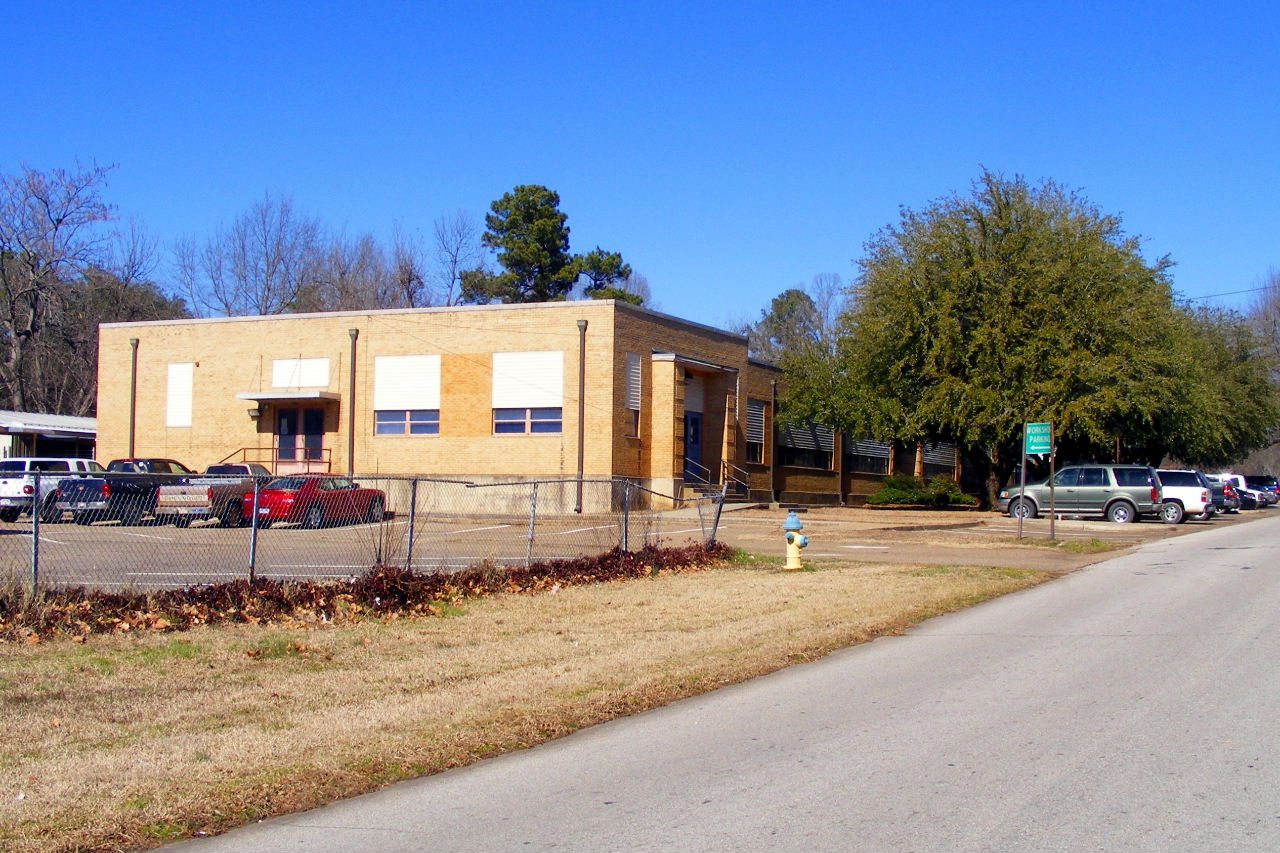