For several days in early May, a Sharp-shinned Hawk was hanging around the office. At times we saw it perched on cars or in the ponderosa pines. Occasionally it would flash past a window. But mostly it worked its way around the building attempting to chase its own reflection out of the territory. It still remains to be seen if it succeeded. 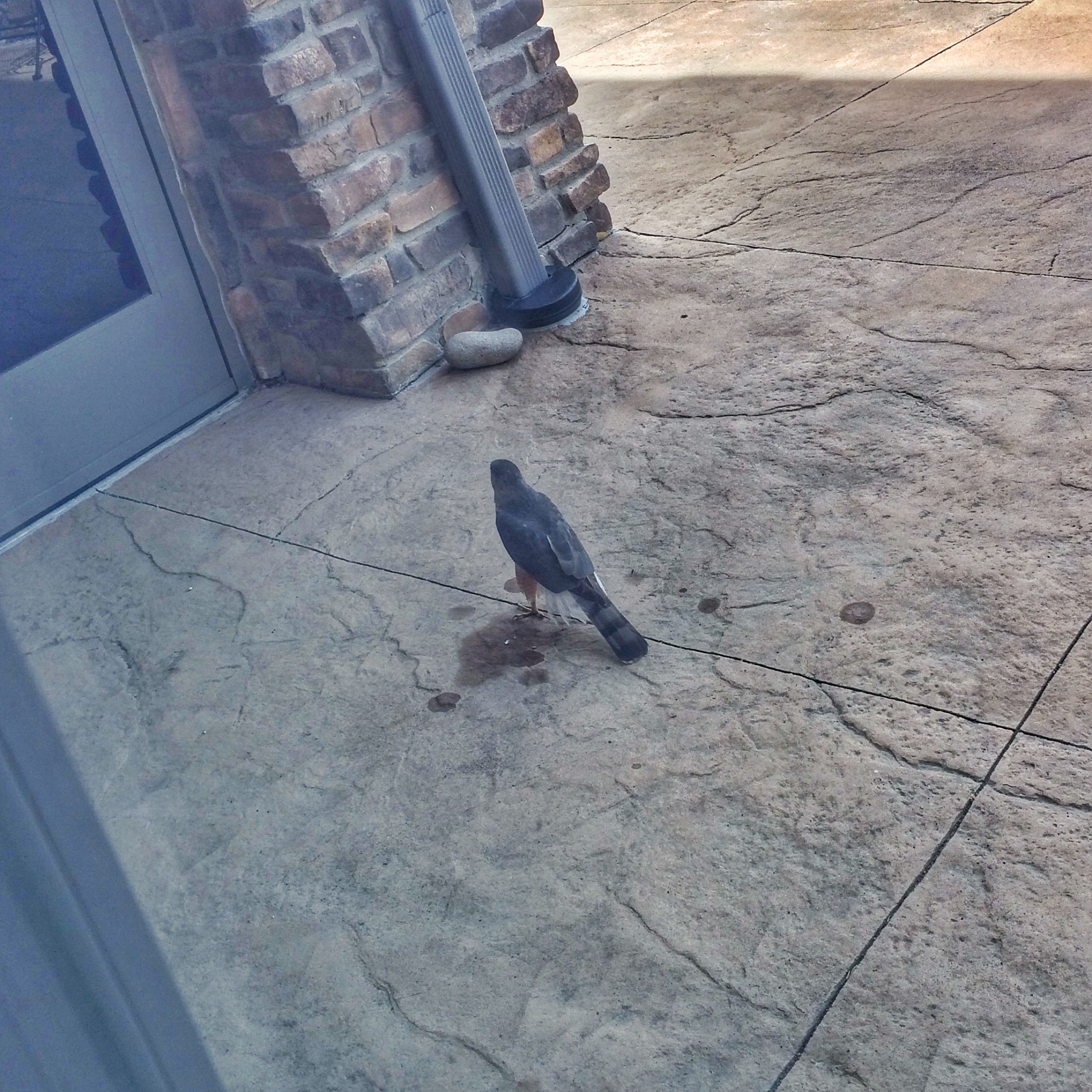 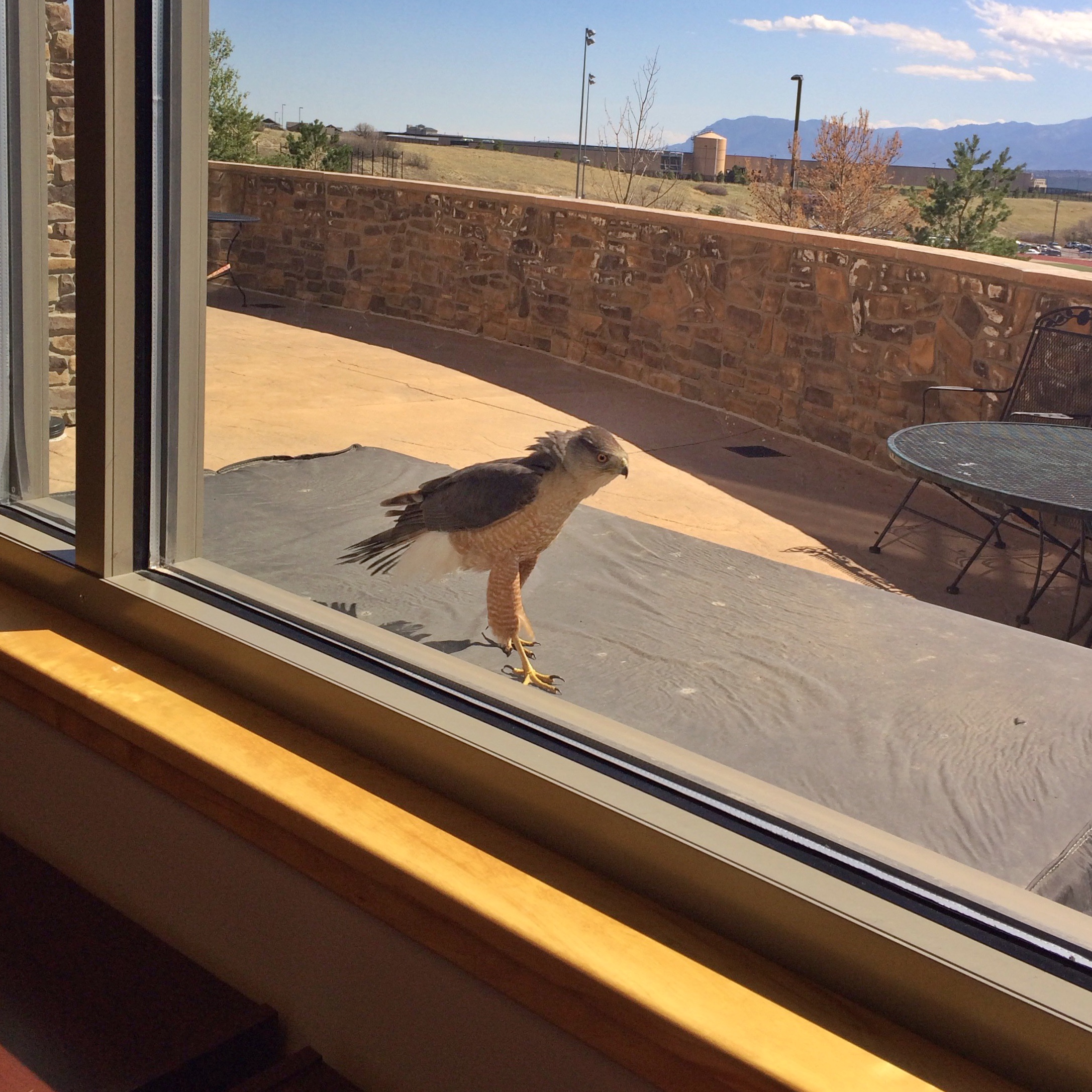 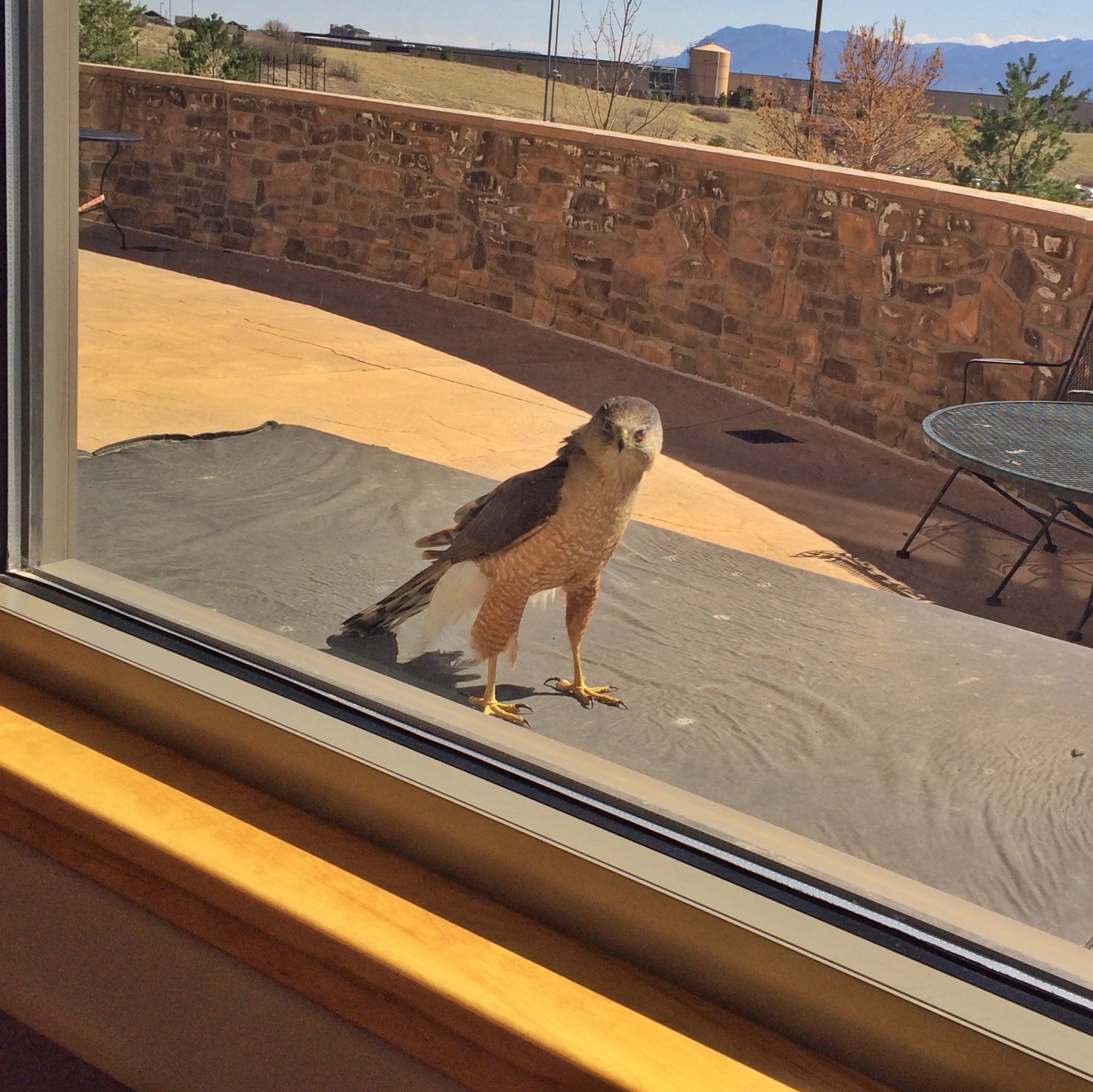 It fooled me at first because it seemed large, but female Sharp-shins can be as large as male Cooper’s. I decided it’s a Sharp-shin because of the squared-off tail with a narrow terminal band, the small head and the lack of contrast between the crown and back colors.