My family and I visited the battlefield early in the morning. We parked the car and walked along the Sunken Road to the Peach Orchard, close to where the fighting started. 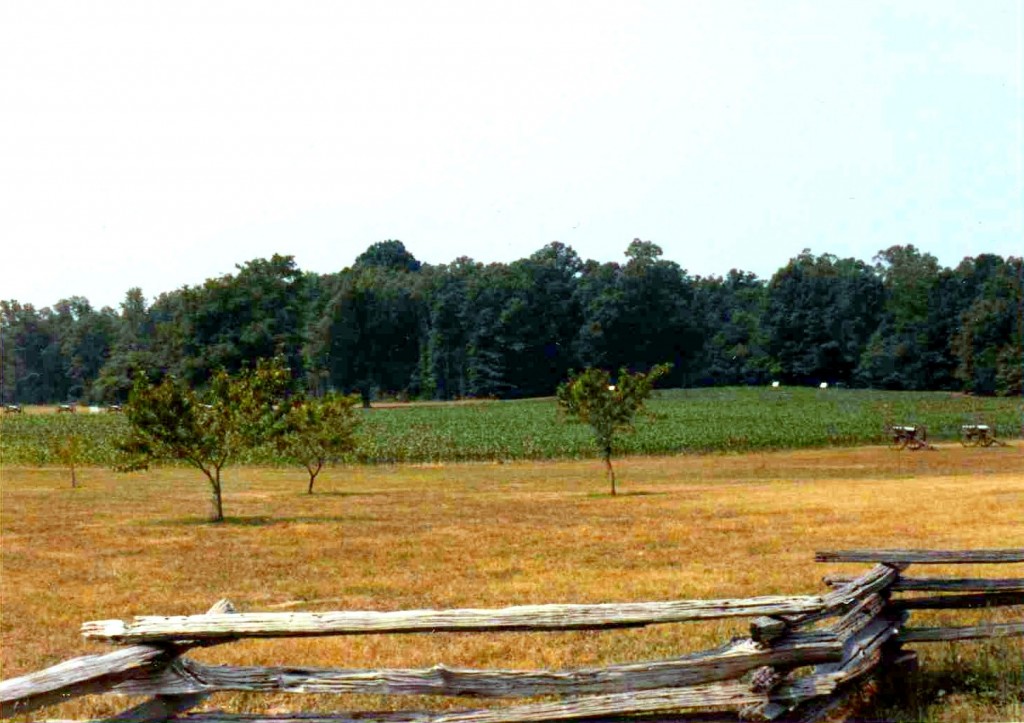 This cabin is the only building still standing that was there in 1862. (But it wasn’t in this spot. There was a cabin on this spot during the battle, but it was destroyed.) 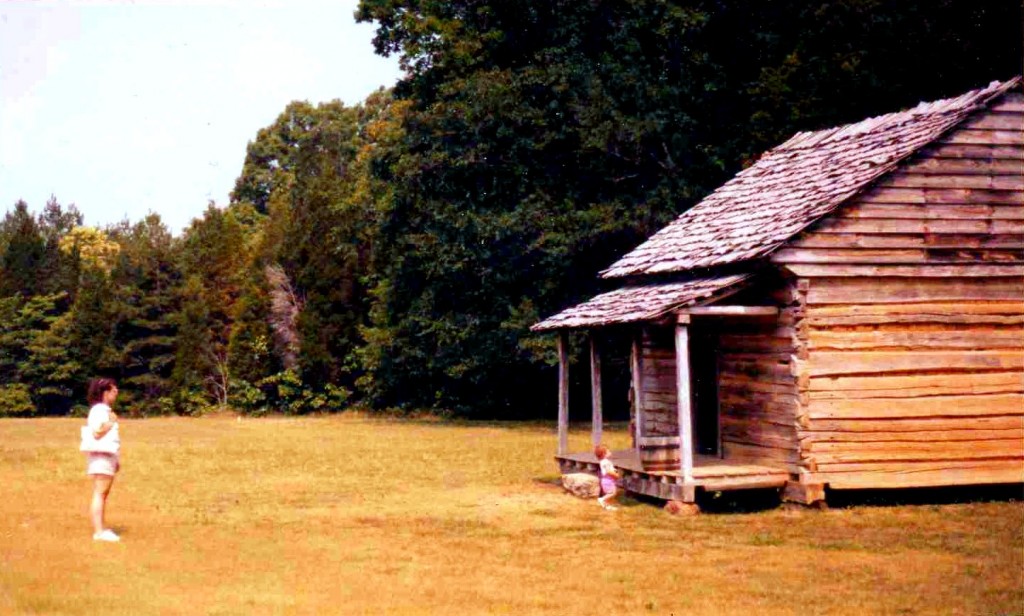 Our walk took us past Bloody Pond. During the battle, men from both armies crawled to the pond for a drink. So many dead and wounded ended up in the water that it was stained red. It isn’t an impressive body of water — slimy and muddy. I knew it was small, but I didn’t know it was this small. 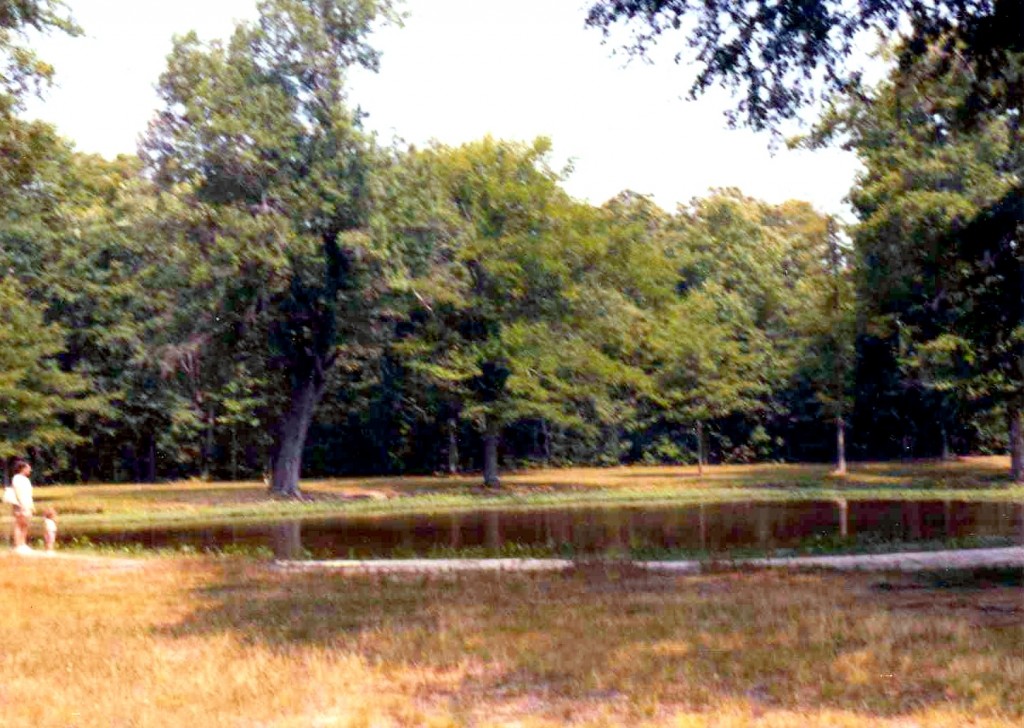 The worst fighting took place in the Hornet’s Nest. The woods were, and are very thick. We only stopped a few more places and only I got out of the car. One of those places was the remains of the tree  under which Confederate General Albert Sydney Johnson died. 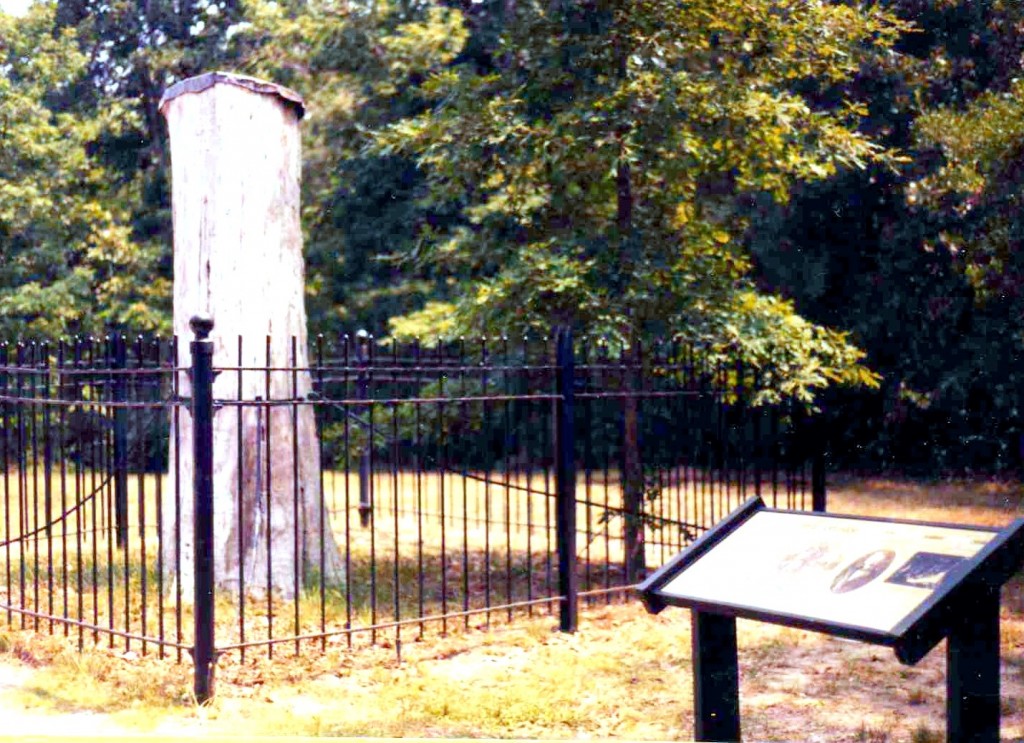