In 1959, a fan of Superman began collecting … everything. Much of it is on display in a small museum in downtown Metropolis. Artifacts used in various movies and TV shows are mixed with toys and advertisements and clothing items and kitchen ware and … Some of the stuff was amazing, but it was all jumbled together so haphazardly that the effect is almost instant sensory overload. There are a few hand-lettered signs describing some items, but there’s a great deal that remains unexplained. There’s no way to give a coherent detailed explanation of what we saw, so I’ll just post a small percentage of the photos I took and let you see for yourself. 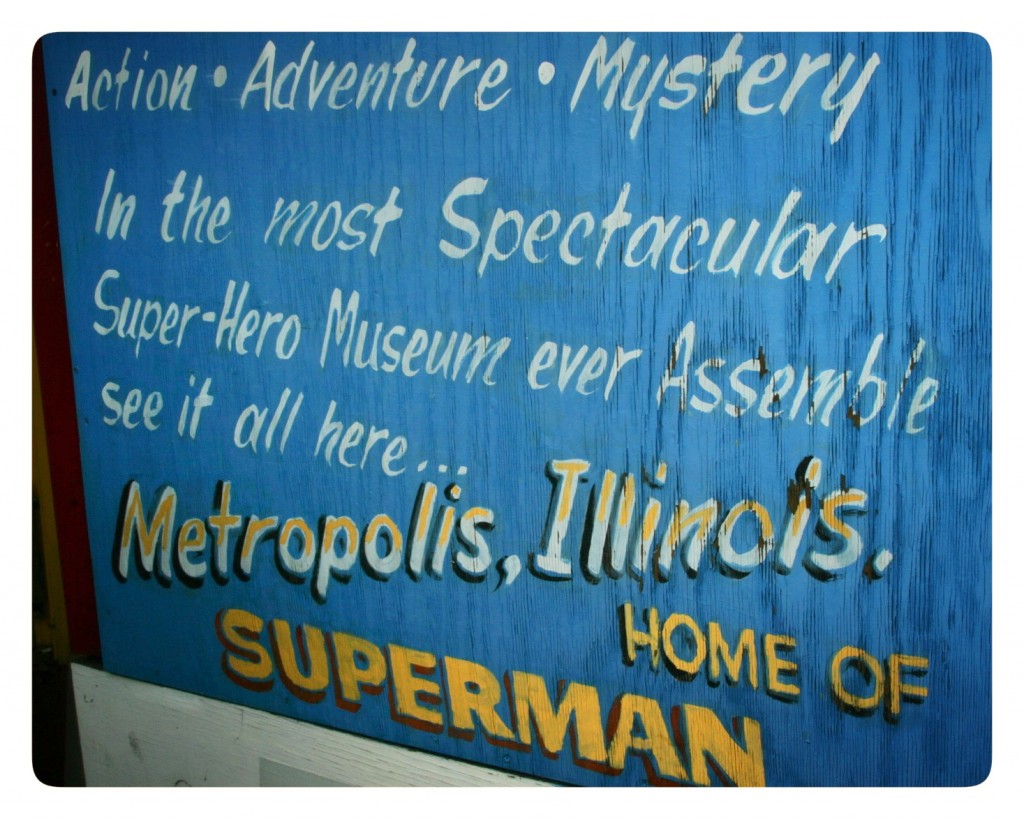 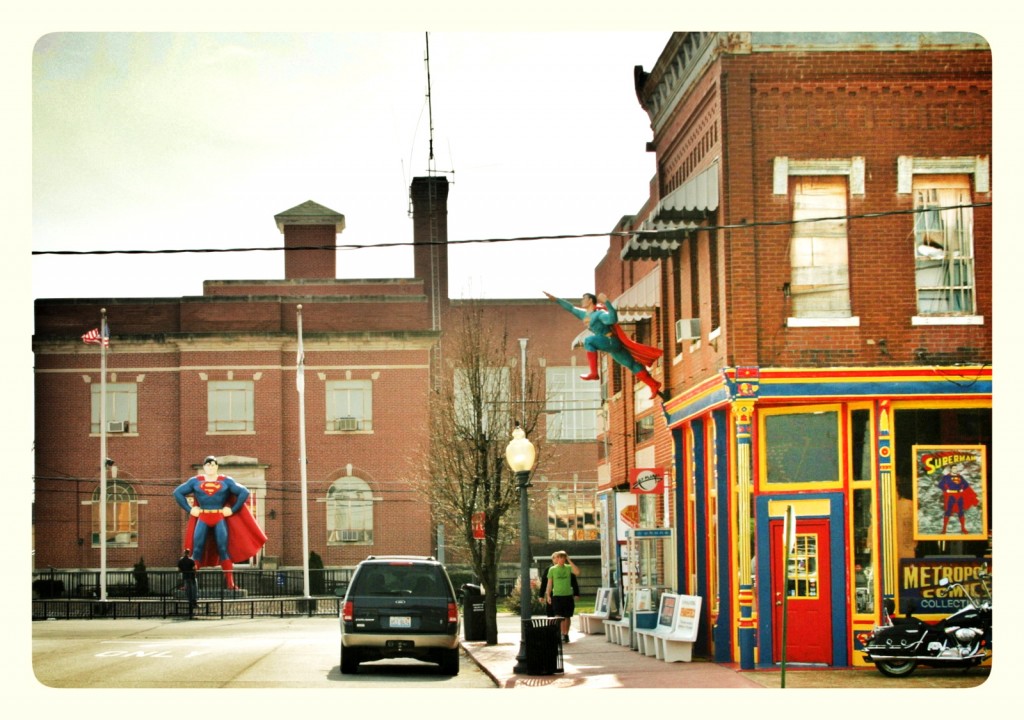 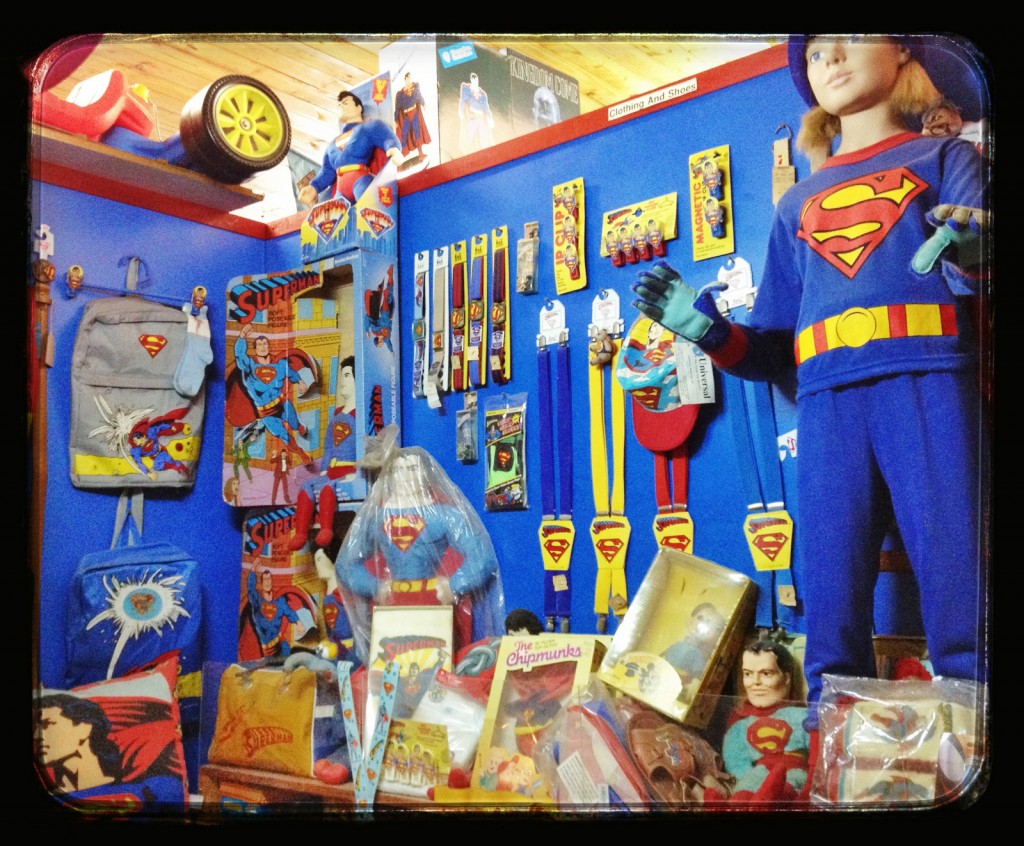 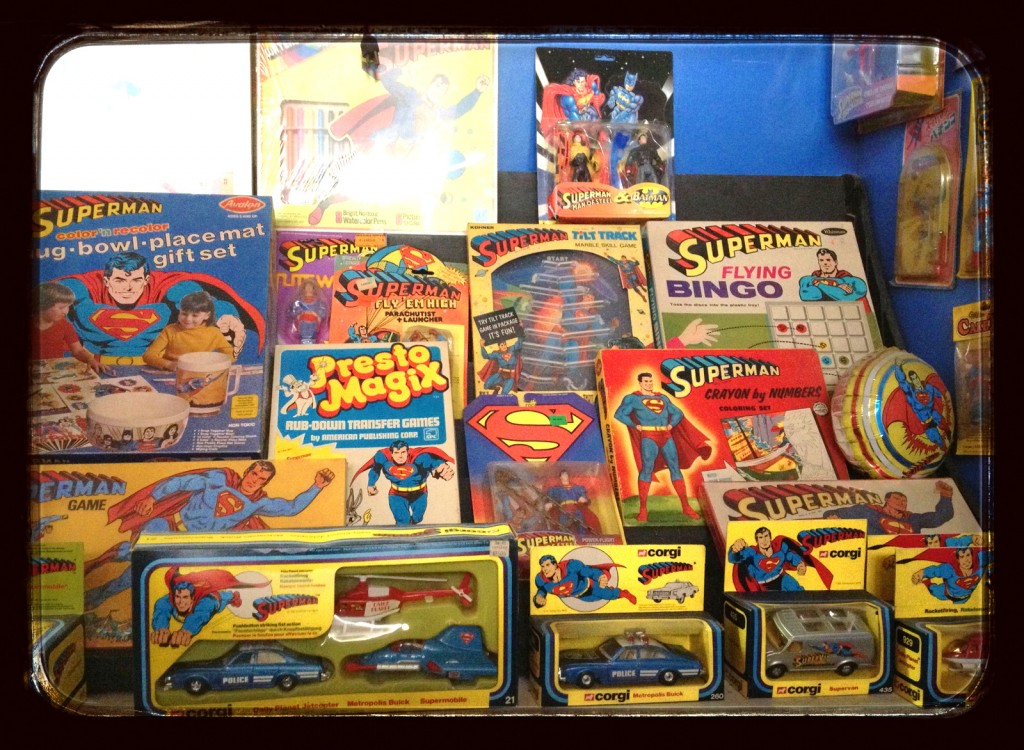 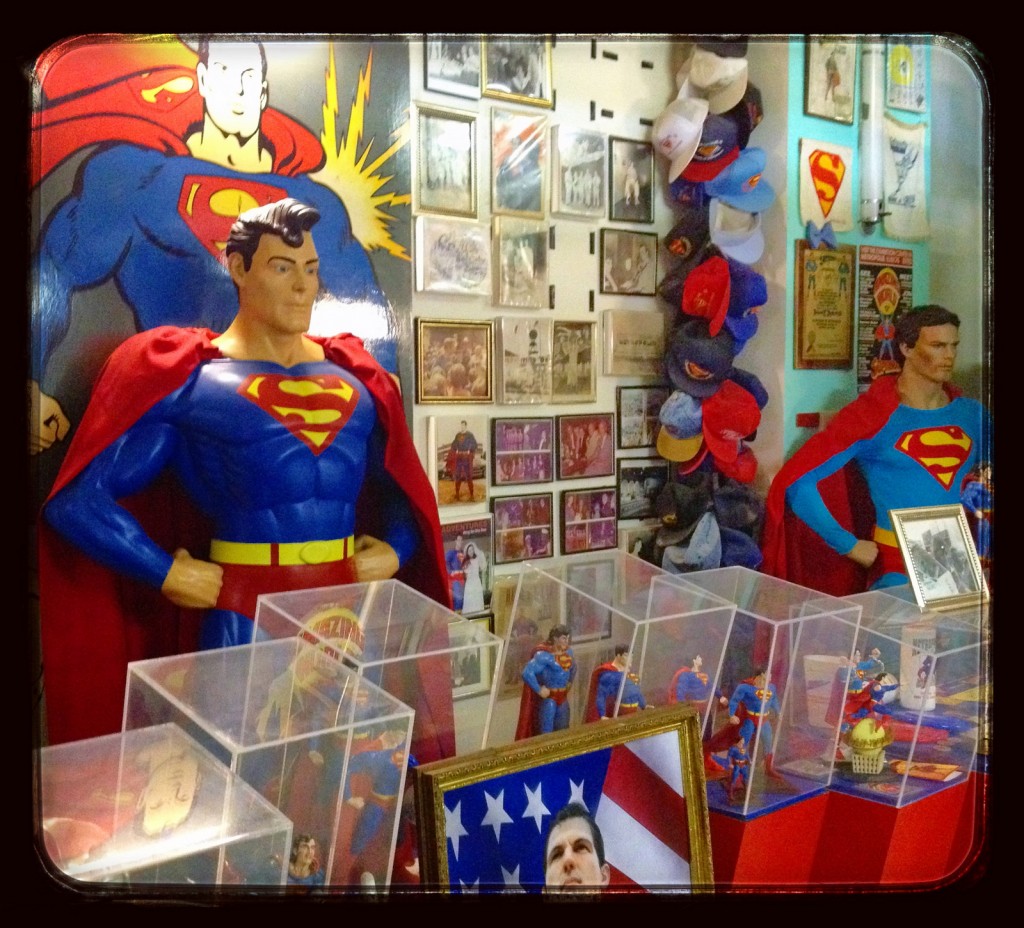 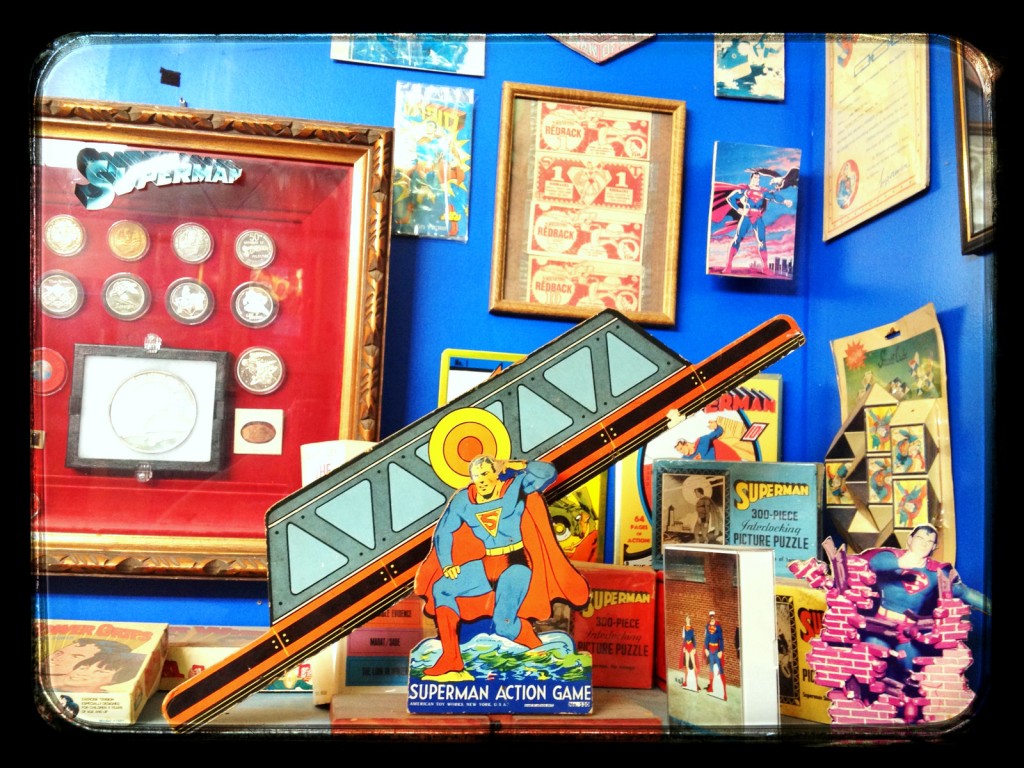 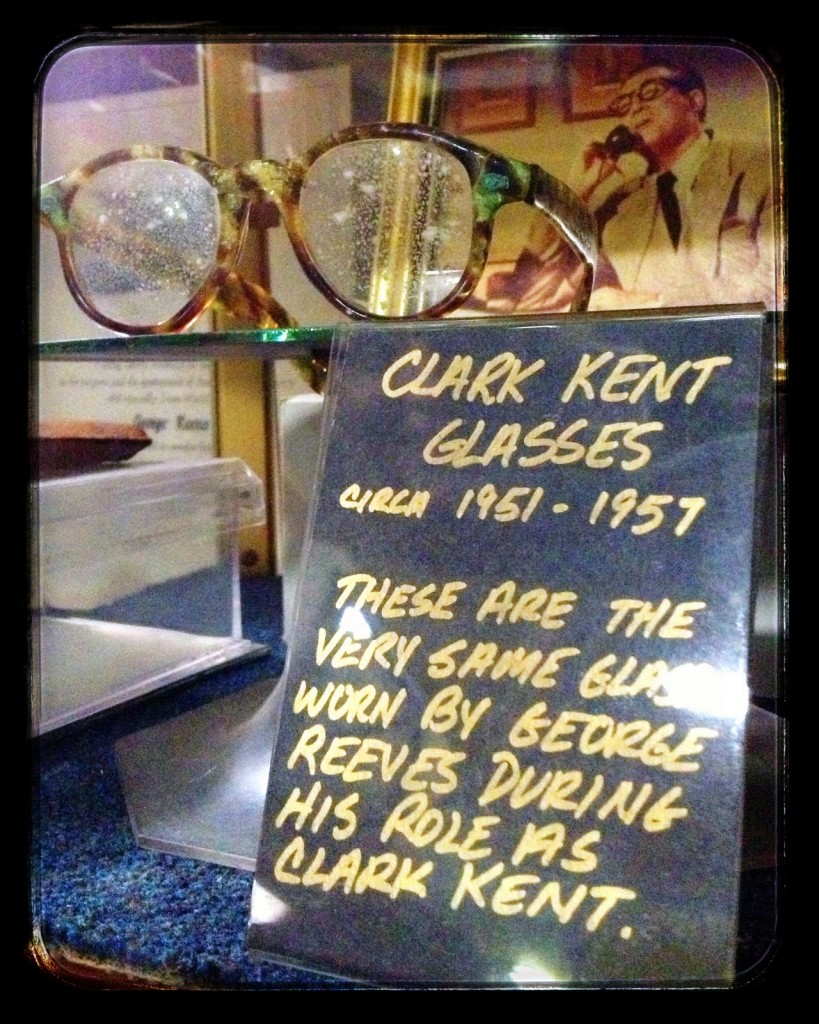 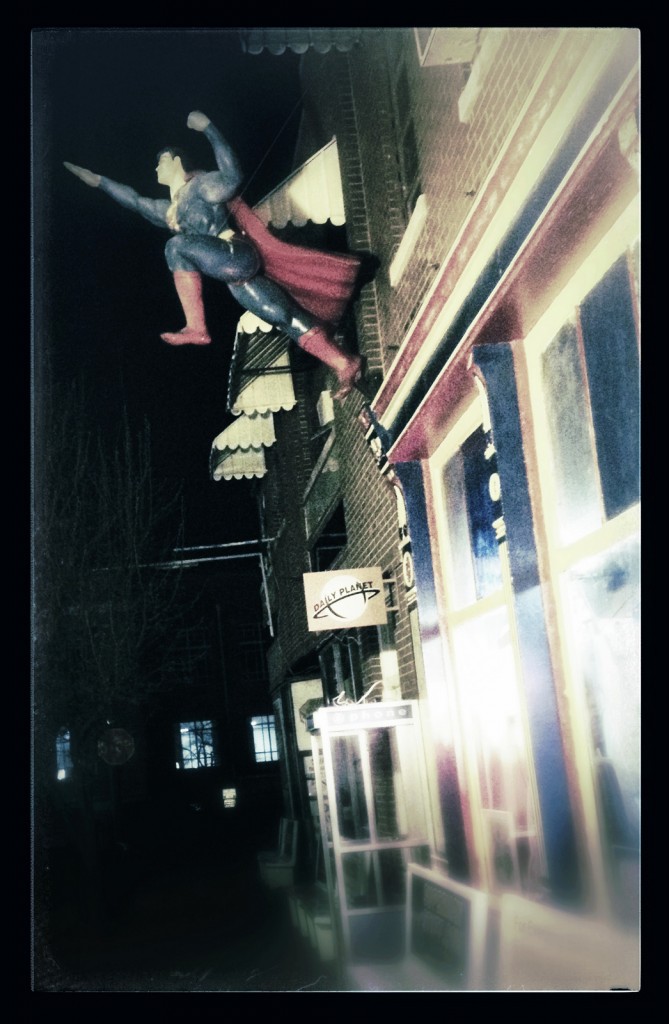