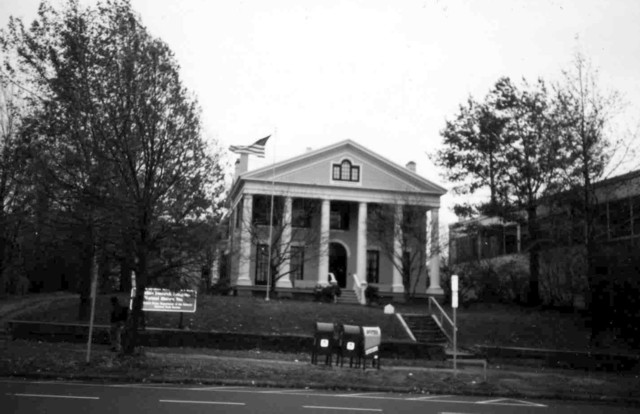 On September 6, 1901, President William McKinley was shot by Leon Czologoz while visiting the Pan-American Exposition in Buffalo. Initially, it looked like he would live, but on September 14, he died. Vice-President Theodore Roosevelt was vacationing with family in the Adirondacks. When he got the news, he rushed to Buffalo where he was met by his friend Ansley Wilcox and taken to his home. He took the oath of office in the Wilcox library. 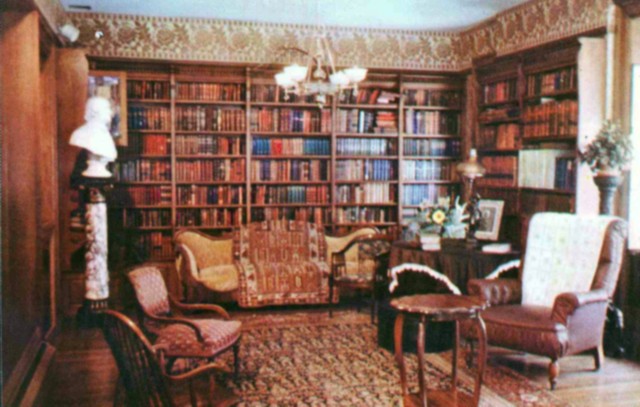 During the middle years of this century, the house was gutted and turned into a restaurant. A few pieces of the original furnishings have been located and brought back. The library has been restored based on a photograph taken about the time of the inaugural.

Like everywhere else we’d been this day, we were the only visitors. Our guide knew his stuff and made the visit interesting. A morning room, a dining room (where William Howard Taft once ate) and an upstairs bedroom were also restored. Another room has been turned into an excellent museum of the Pan-American Exposition, the McKinley assassination and the Roosevelt inaugural. We stayed about an hour.