The house, White Haven, has only recently been restored. It was the house where Julia Grant’s parents lived. Ulysses and Julia met here and lived here for several years before the Civil War. 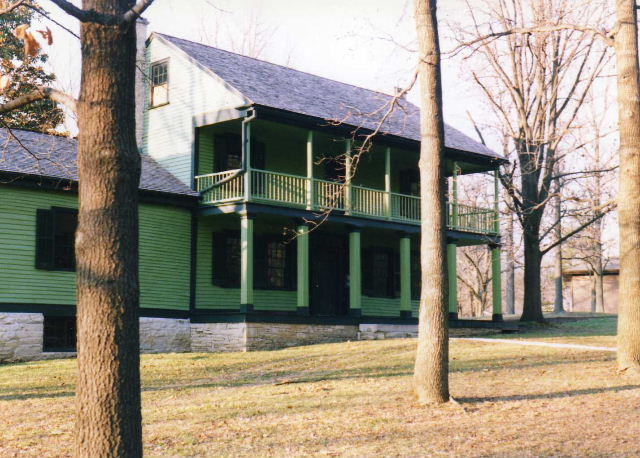 None of the Grant’s furniture has survived. The Park Service has decided not to refurnish the house, so our tour was through a series of empty rooms. Our ranger guide was a bit of a dork, but he knew his stuff. The tour took about 45 minutes, including a video.

There were several outbuildings on the grounds — a stone kitchen, a chicken coop and an ice house. I stood up in the ice house and smacked my forehead on the door. It hurt a lot and left me with a welt. The visitor center is in an old barn that Grant built for his horses.

A few blocks from White Haven, we passed Hardscrabble, a log cabin that the Grants lived in for three months during their time in St. Louis.