As I neared the northern terminus of Phantom Canyon Road, I could see the town of Victor in the distance. 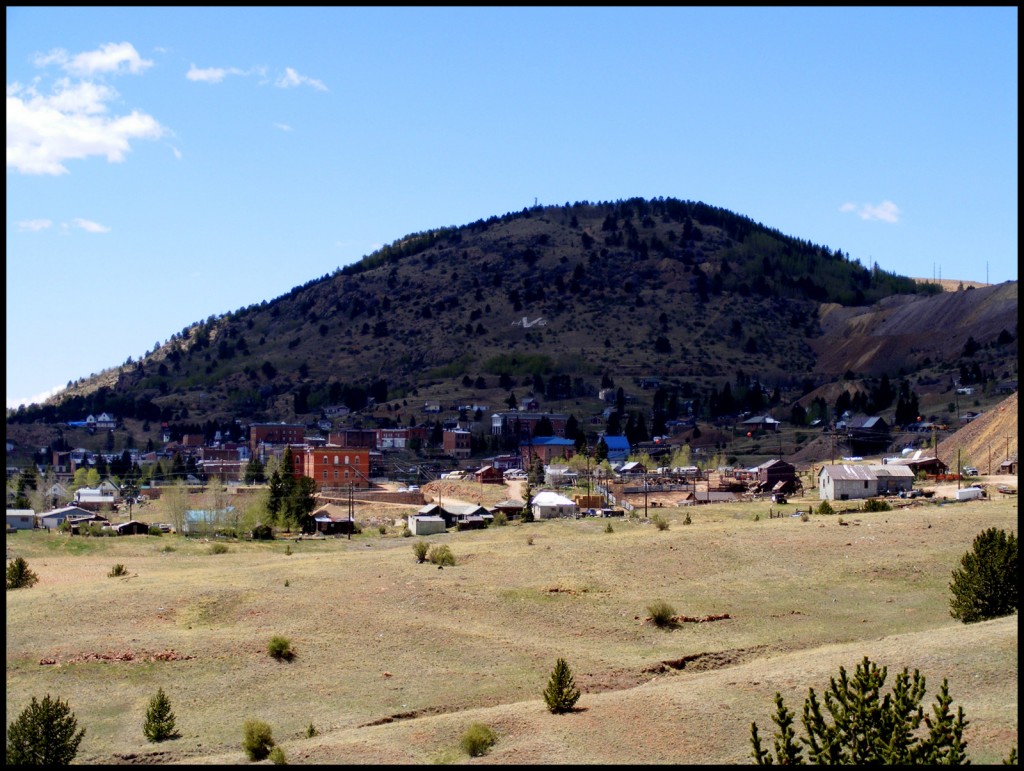 The town was founded in the late 1800s in the middle of a hugely-productive gold mining district. Remnants of old mines could be seen on the hill above town (more in the next post), and bits and pieces of mining equipment were scattered all around. 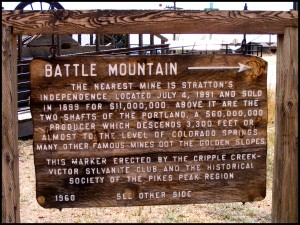 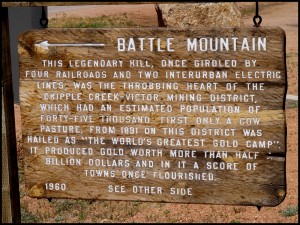 I knew there was a bakery in town, and it was well past lunchtime, so I parked and went looking. It wasn’t long before I covered the entire town — about three minutes. The bakery was there, but it was closed. 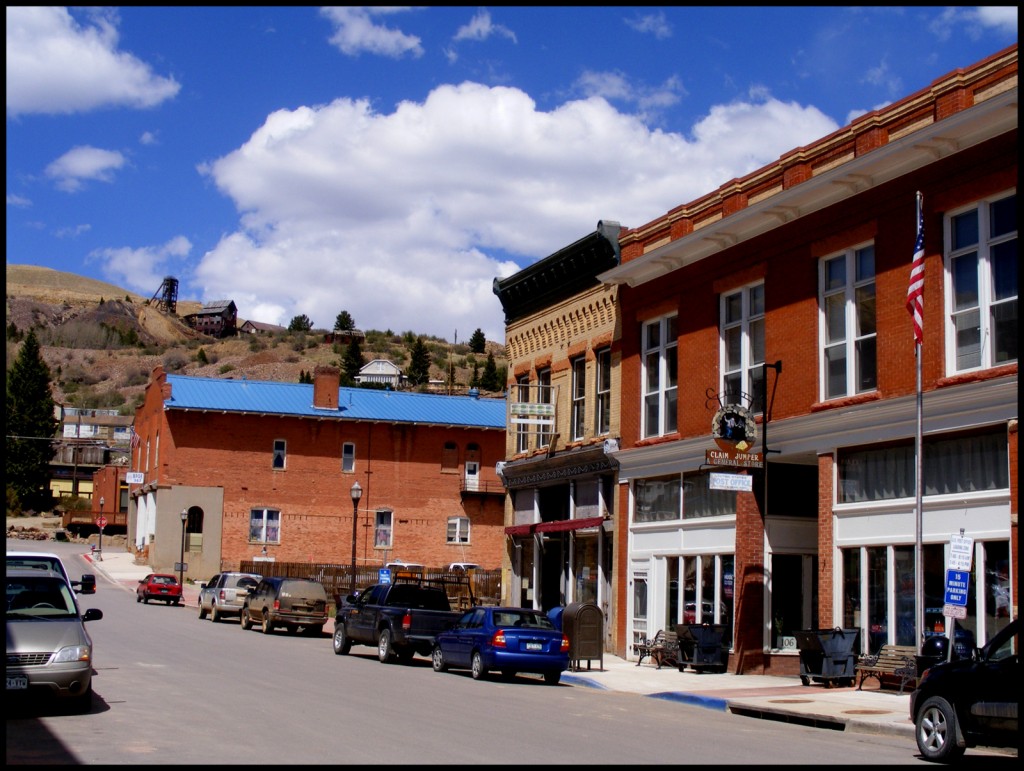 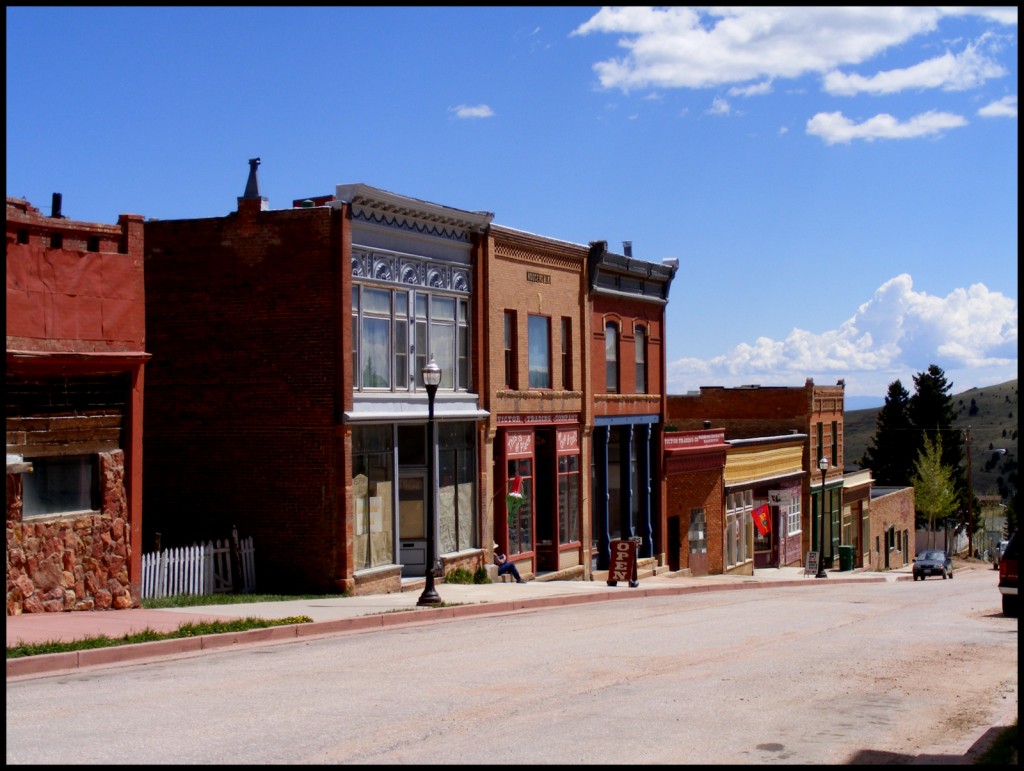 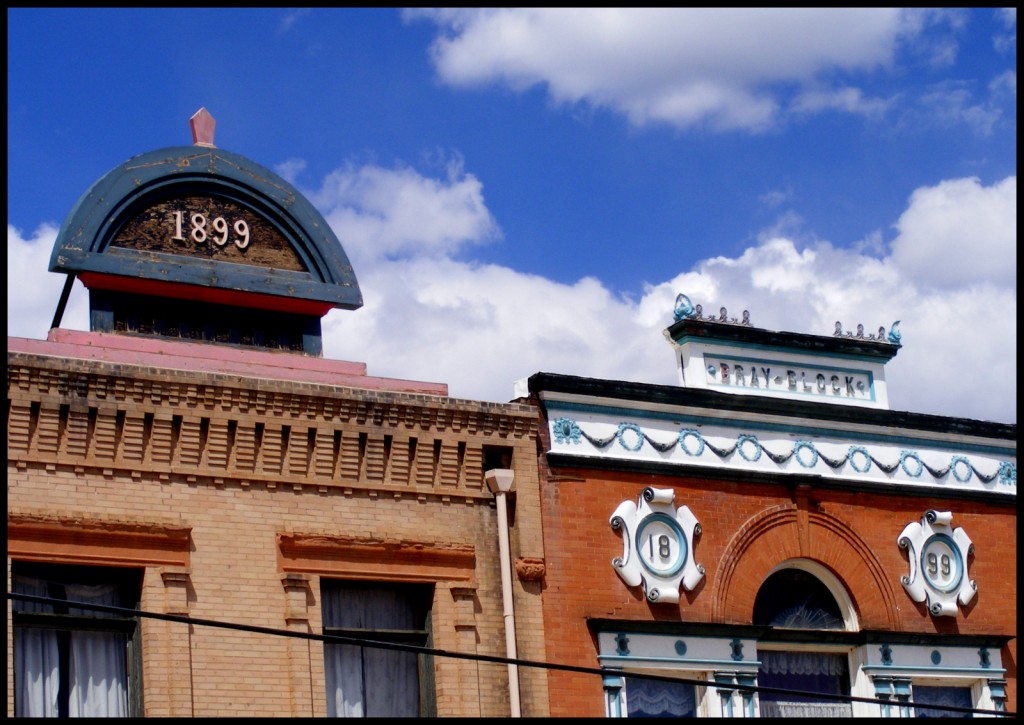 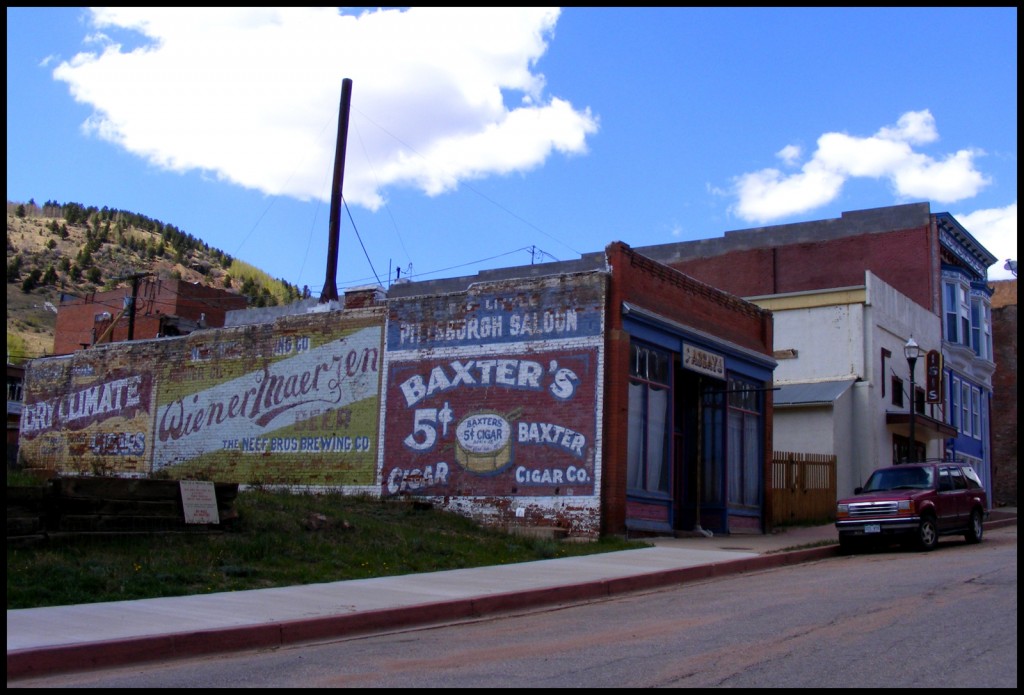 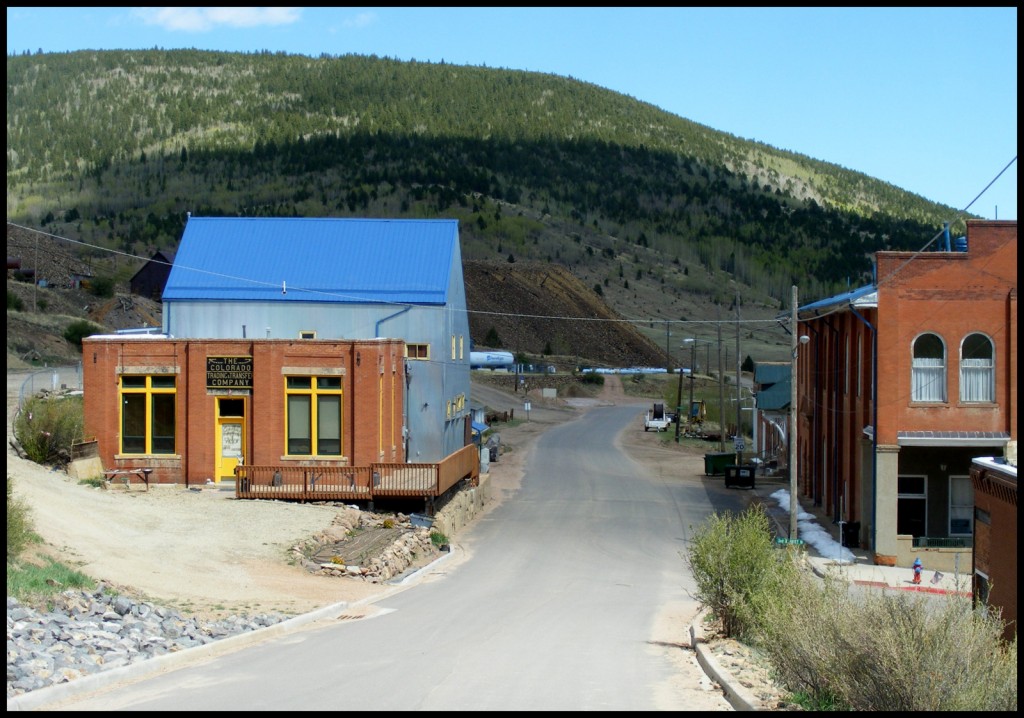 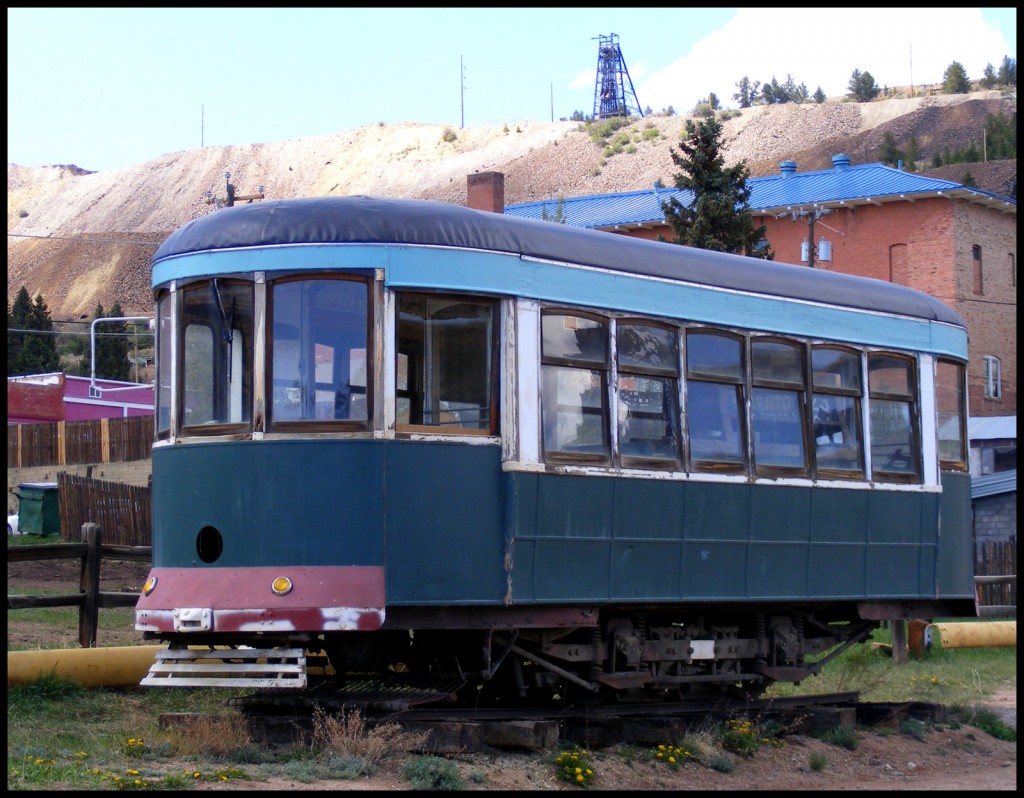 Only two streets in town were paved. 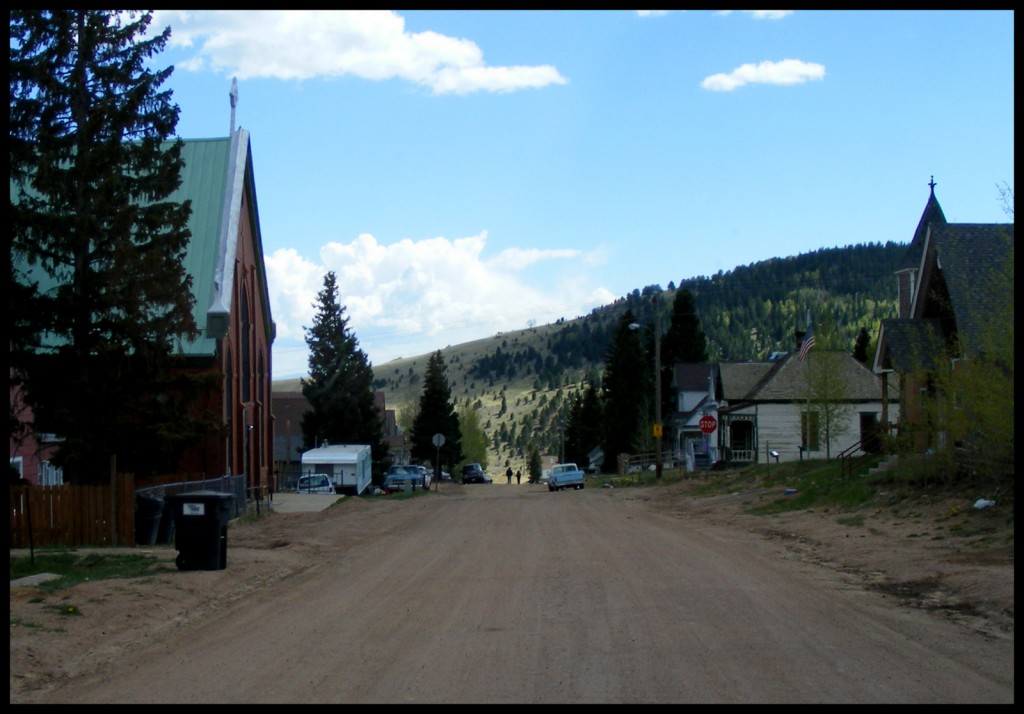 I realized I had two choices — go hungry, or eat at The Fortune Club Cafe. 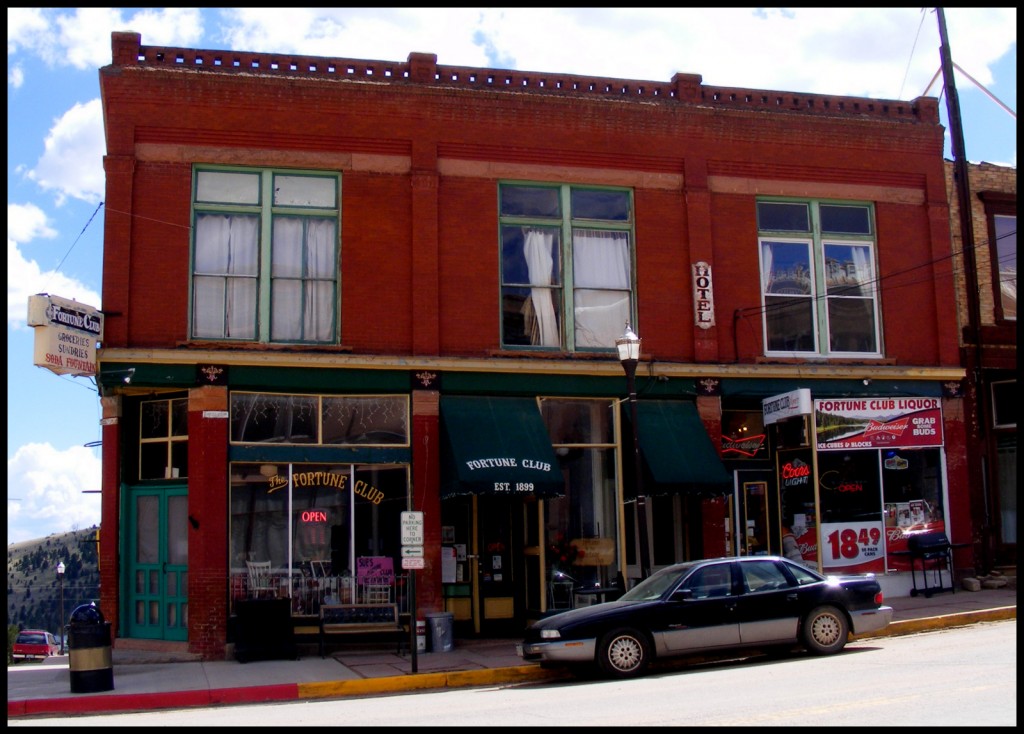 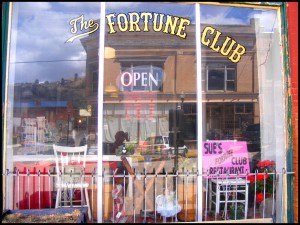 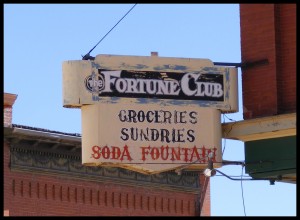 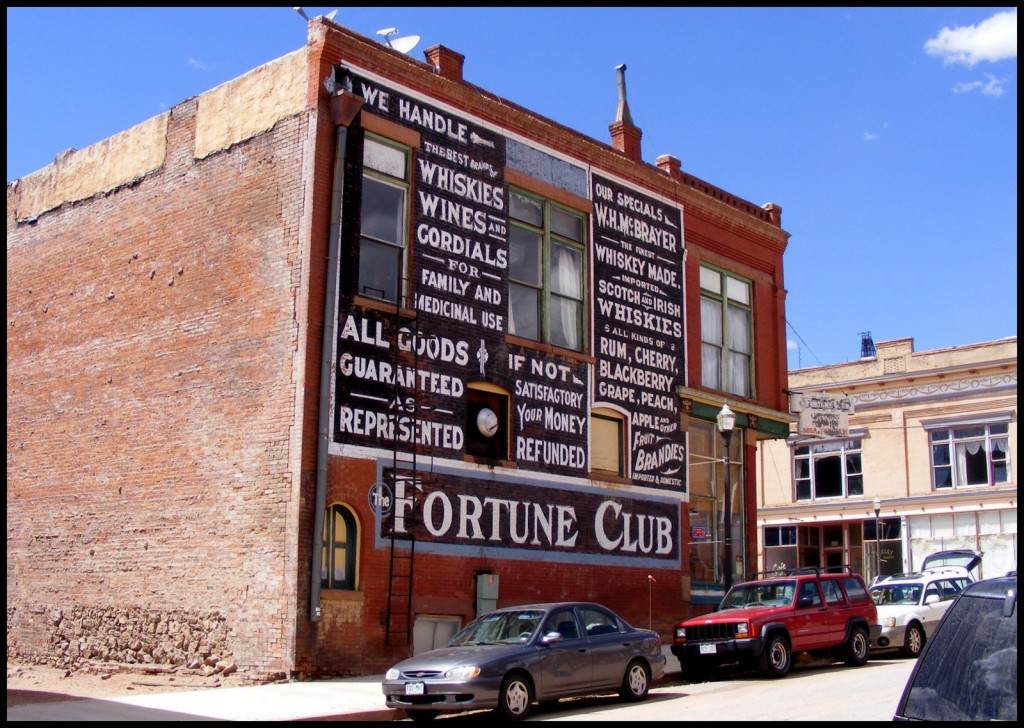 This turned out to be one of those serendipitous moments that make vacations amazing.

An gray-bearded man greeted me as I walked in the door. I asked him what his specialty was, and he told me the hamburgers were very good — they made the patties themselves. I ordered a bacon cheeseburger and sat down at the counter. 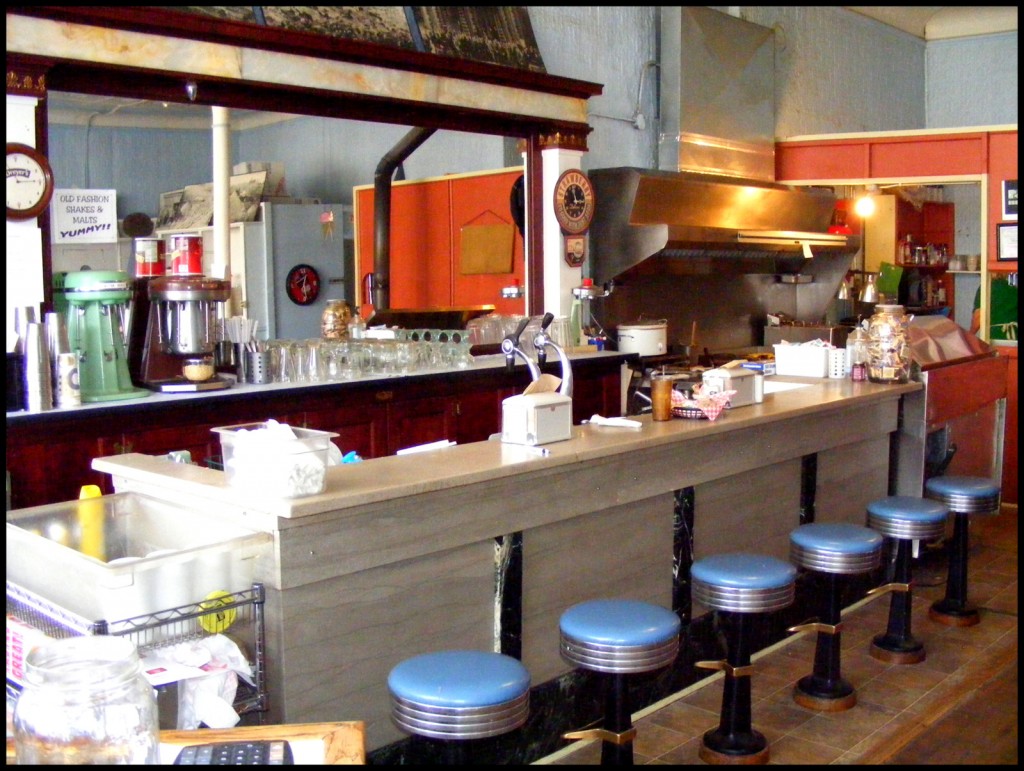 The place had a lot of character — it was built in 1899 (and reputed to be, during the mining era, a home for women of negotiable affection) — with tin ceilings, an old piano, a marble counter and a rack of completely faded postcards in the window. I felt like I’d stepped back at least 50 years in time. 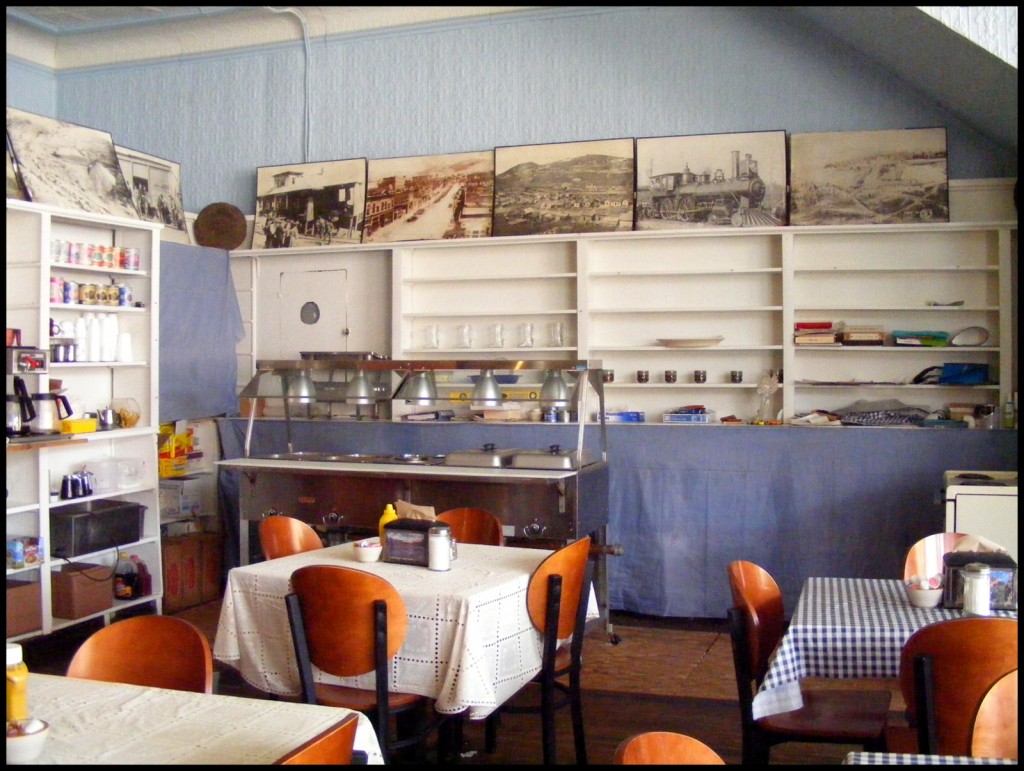 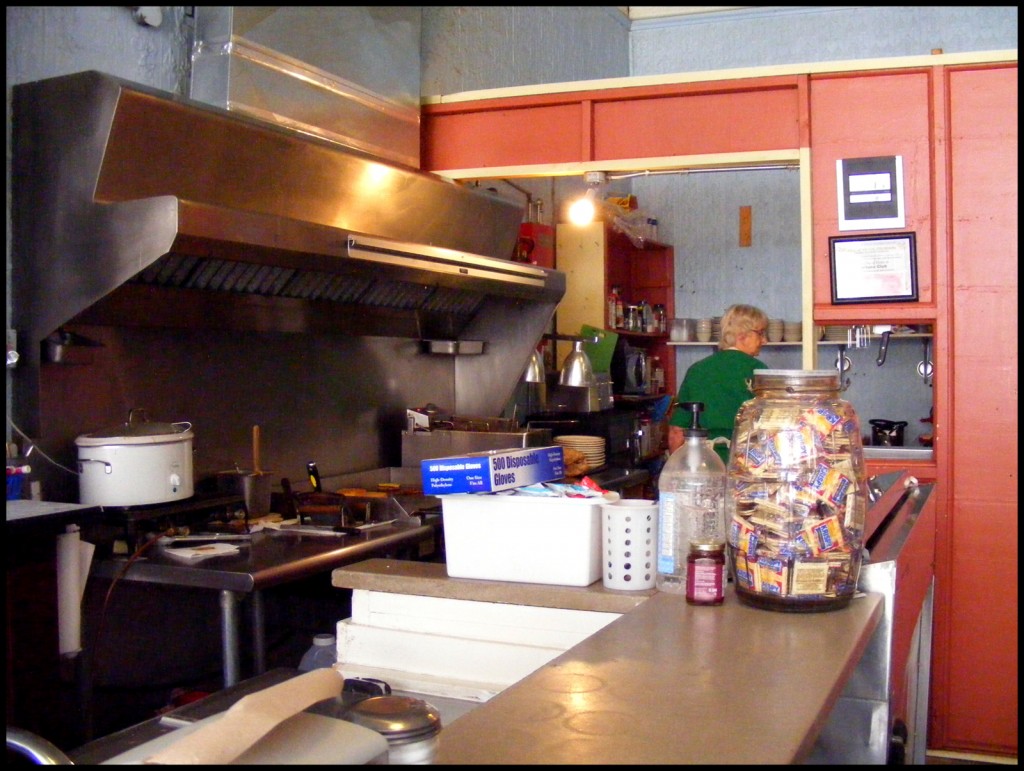 The woman who cooked my hamburger (that’s her in the above photo) asked me how my day was going. I said “This has been an amazing day. If my wife were with me, I  might consider it my best day ever.” She and the man who had greeted me proceeded to do what they could to make it even more amazing. They were wonderfully friendly and chatted with me about Victor and Colorado and life in general. 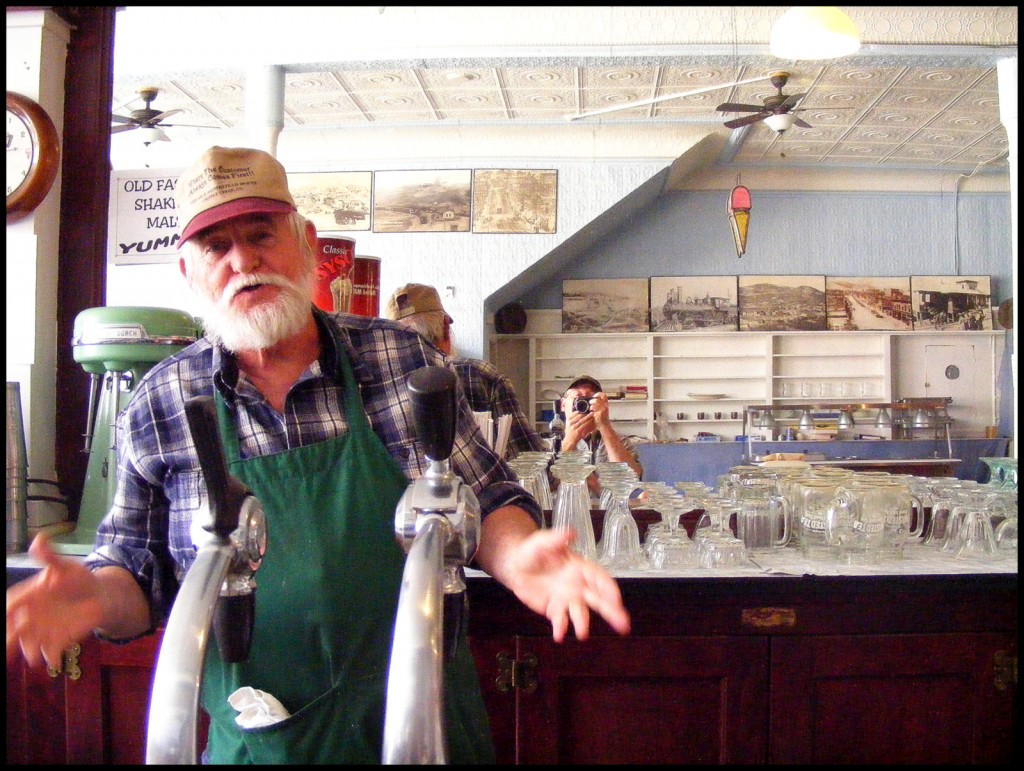 I suppose the day and the moment and my hunger could have been warping my judgment, but I thought the cheeseburger was one of the best I’ve ever had. They had signs posted around the room telling me to ask about their signature dessert. I asked. It was a brownie baked with cherries, white chocolate chips and almonds, topped with ice cream and whipped cream. Of course, after I asked, I had to order one. 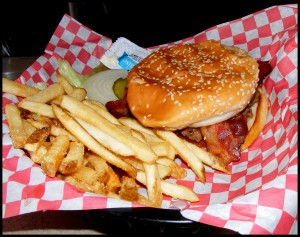 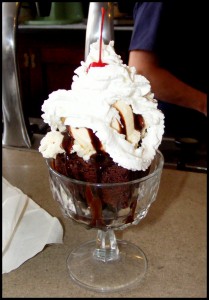 The brownie was very good, although the toppings made it all a bit too much food. I left feeling very full, but also like I’d stumbled onto something very cool.