From the Adams’ house, we drove a mile or so to these two houses. To give you an idea of how squirrely the streets in Massachusetts are, our trip consisted of seven right turns.

The two houses are right next to each other and almost identical. It was a couple minutes past 5:00 when we arrived, and the park had just closed. Dad and I got out to look around the yard just as a ranger came out of the painted house. He told us we could come in for a minute, and he gave us an abbreviated tour. There were four rooms on the first floor. The furnishings were very plain. It was the house that John and Abigail purchased right after their marriage and where John Quincy was born on July 11, 1767. 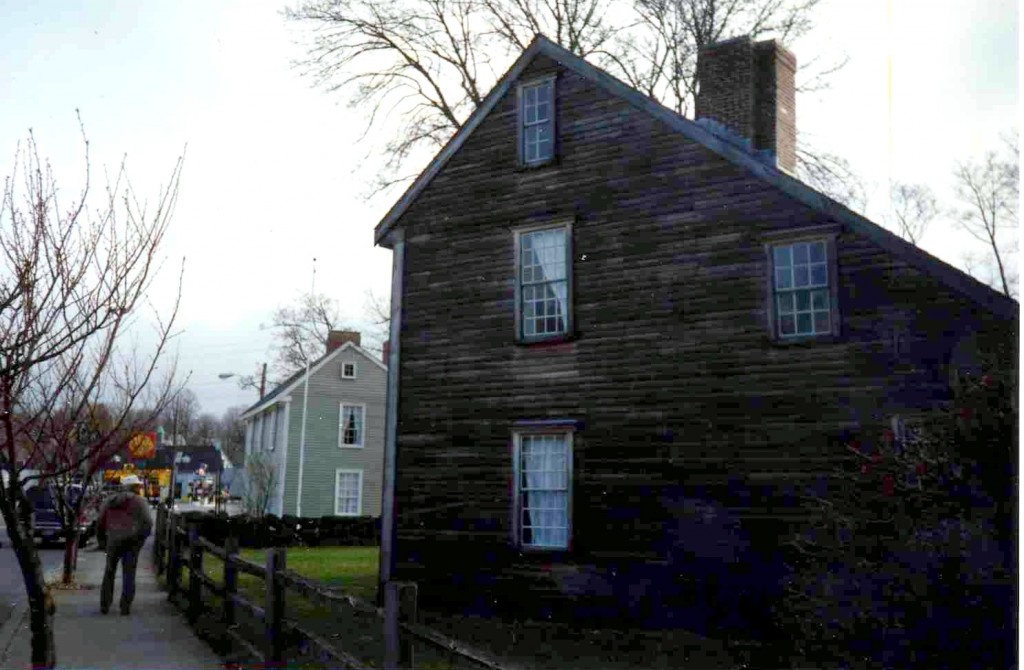 The ranger had stayed late to show us the house, and was very nice about it. He didn’t have time to show us inside the unpainted house, where John Adams had been born on April 30, 1735, and we certainly understood. This site has been swallowed up by the city. It sits on a triangle of yard between two streets. The painted house is just a few feet from an intersection. This postcard view is a painting of the houses as they looked in 1849. We stayed for perhaps 10 minutes, then headed back to our hotel. 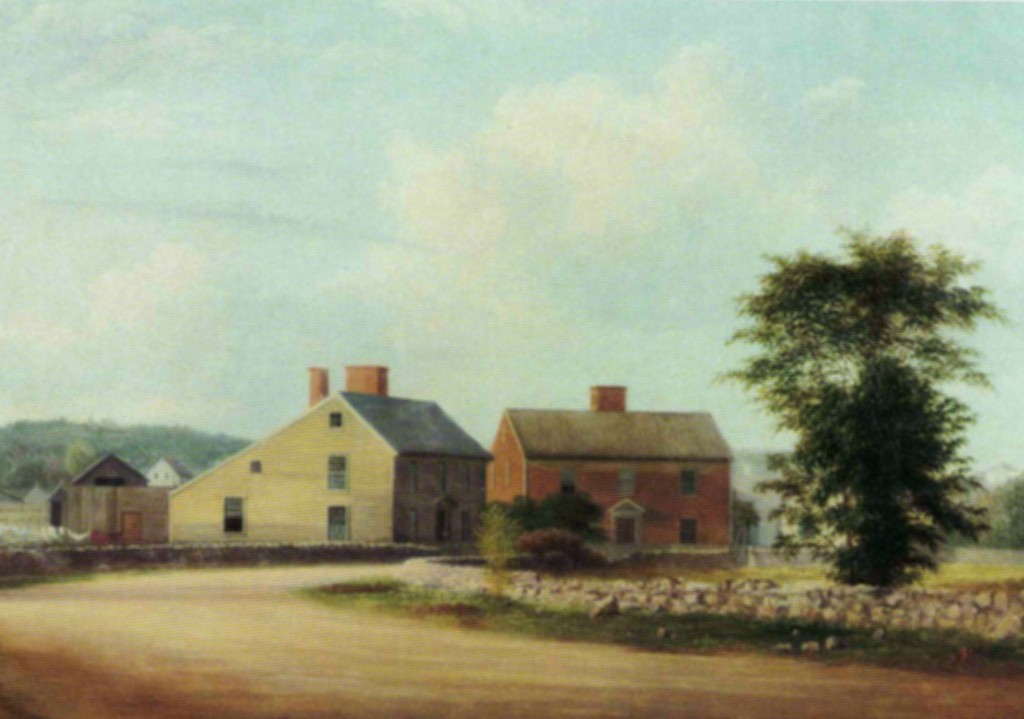