This house was the home of Presidents John and John Quincy Adams and their families, a total of four generations. 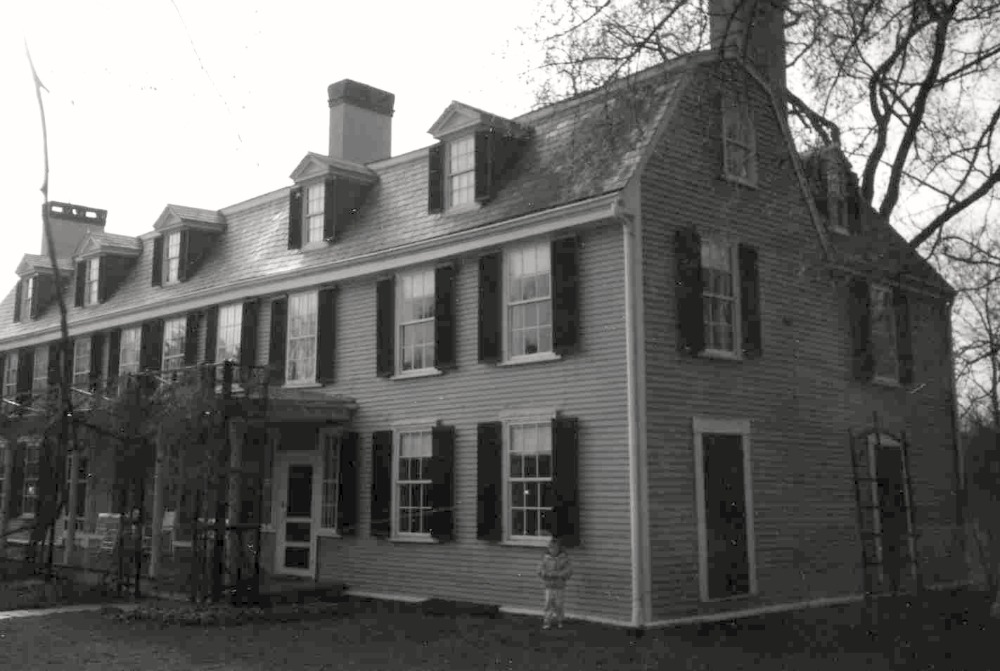 This was one of the can’t-miss places on our vacation, and this was the first day it was open for the season. We got lost looking for it and didn’t arrive until after 4:00. While we waited for a ranger to give us our tour, we browsed through the gift shop and visitor center, located in the Adams’ carriage house. 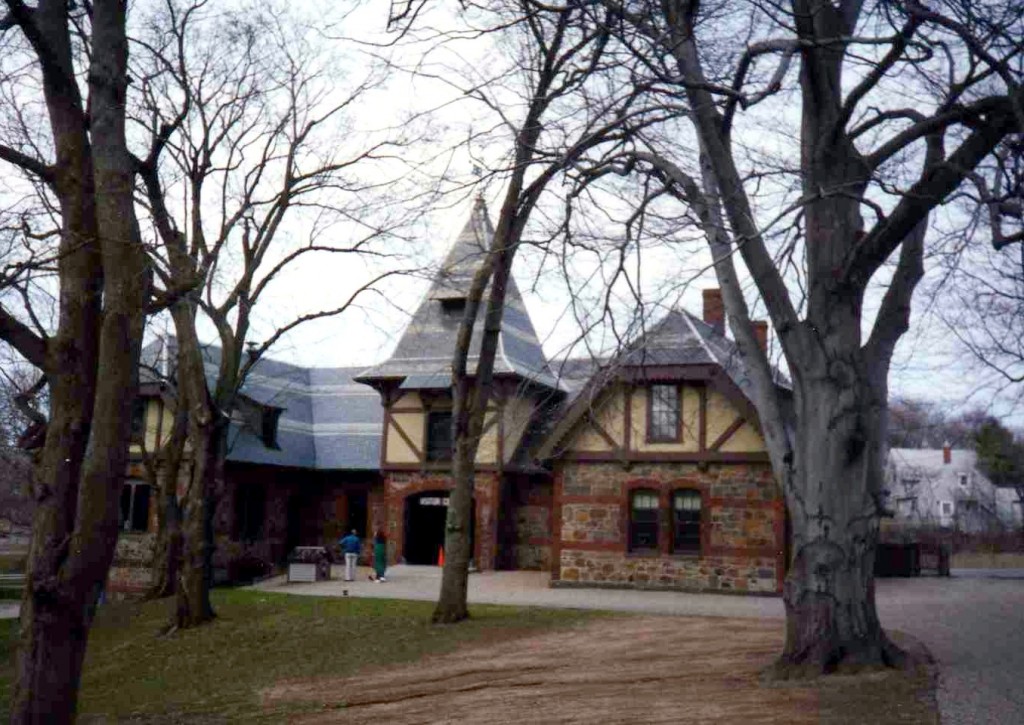 Dad and I asked if there was a bathroom we could use. We were let up a couple flights of stairs and through a few offices and storage rooms to a tiny decrepit bathroom tucked away in a corner. The ranger left us to find our own way back.

The next available ranger turned out to be a short, elderly woman who spoke very softly. She told us they were short on personnel and much busier than they expected to be. Each tour was only supposed to have 10 people, but ours had about 25.

The house was in the Adams family for four generations. Brooks was the last Adams to live there, and he was very aware of the historical significance of his family. He stated in his will that nothing in the house could be rearranged or removed. This made the tour very interesting for us. When we entered the house and looked into the first room, I could easily imagine John and Abigail sitting in front of the fireplace. It made the Adams come alive for me. Because nothing has been moved, and because each tour is only supposed to have 10 people, the area roped off for the public in some of the rooms was very small, and our group was very tightly packed.

Dad had been teaching my daughter the Presidents and First Ladies all week, and she was very familiar with John, Abigail, John Quincy and Louisa. She thought it was pretty cool to see their house, and she kept asking intelligent questions about them all through the tour. When I showed her portraits of each of the Adams, she took long, hard looks and told me she thought Abigail was pretty. I think she enjoyed the house as much as the rest of us did. Mom, Dad and wife all said this was the highlight of the entire vacation for them. My daughter preferred the tunnel on the expressway in Boston.

I wasn’t allowed to take any video in the house, and I wasn’t sure if I was supposed to take photographs. But there were too many of us for our guide to keep track of, so I hung back in one room and took this picture of the chair the John Adams was sitting in when he died. 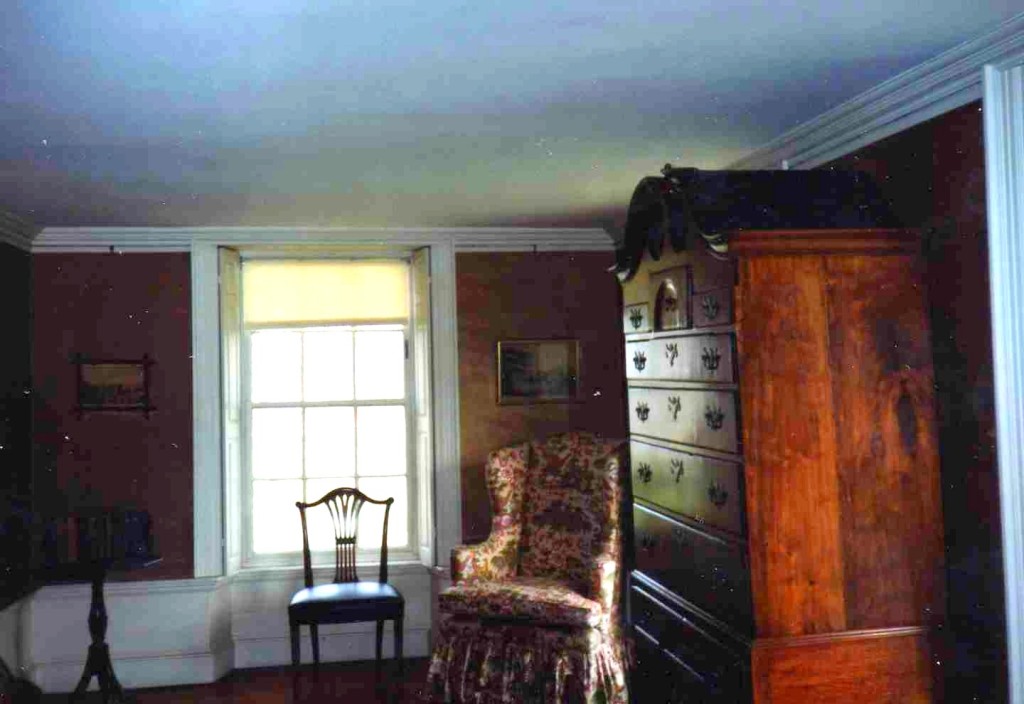 We spent about half an hour in the house, then went into the garden. It was too early in the season for flowers, but we did see some trees that John Quincy planted. The house was a lot smaller when John and Abigail bought it. In this photo you can see how narrow it originally was. 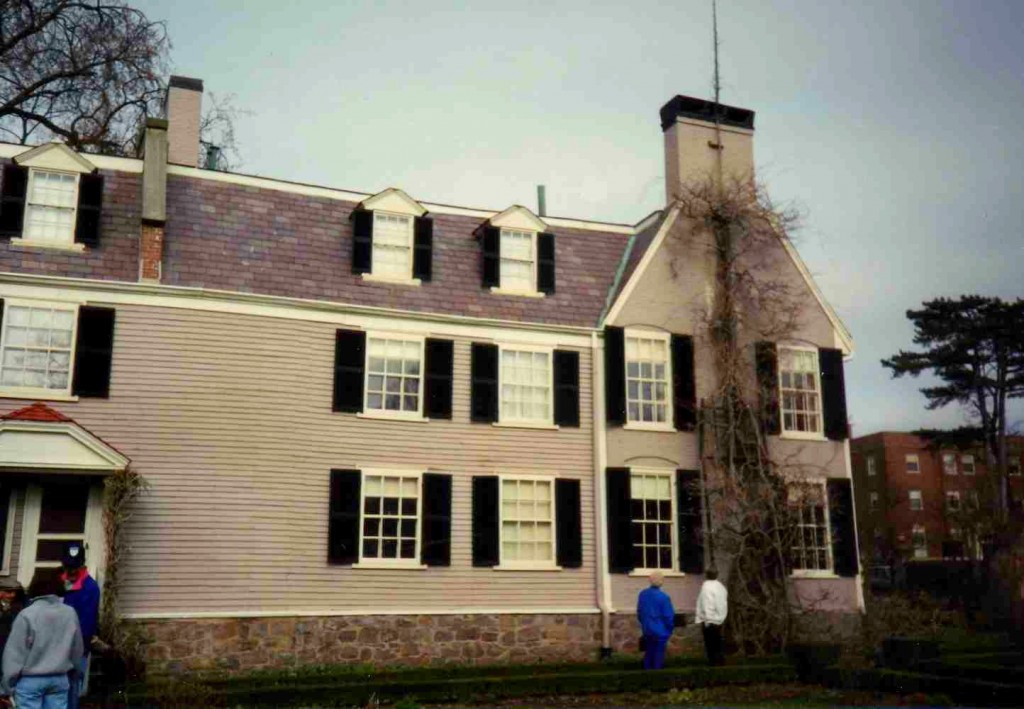 This is the back of the house as seen from the carriage house. It looks like it’s out in the country, but the park is only eight acres and streets and houses surround it on all sides. The front of the house is only about 40 feet from the road. 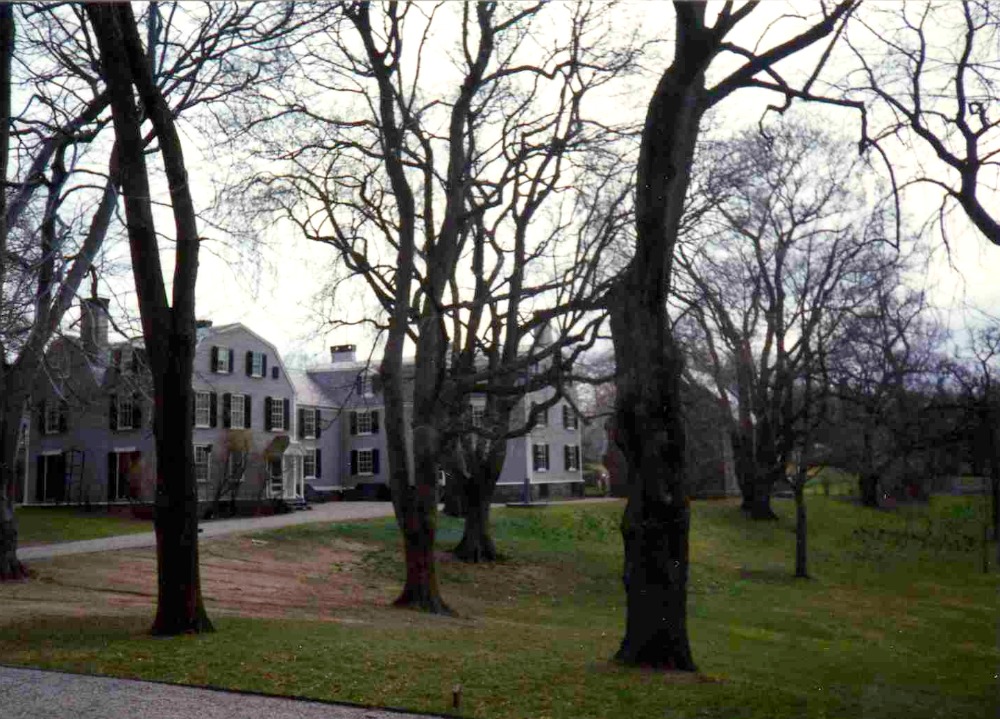 From the garden we entered a small stone building next to the house. 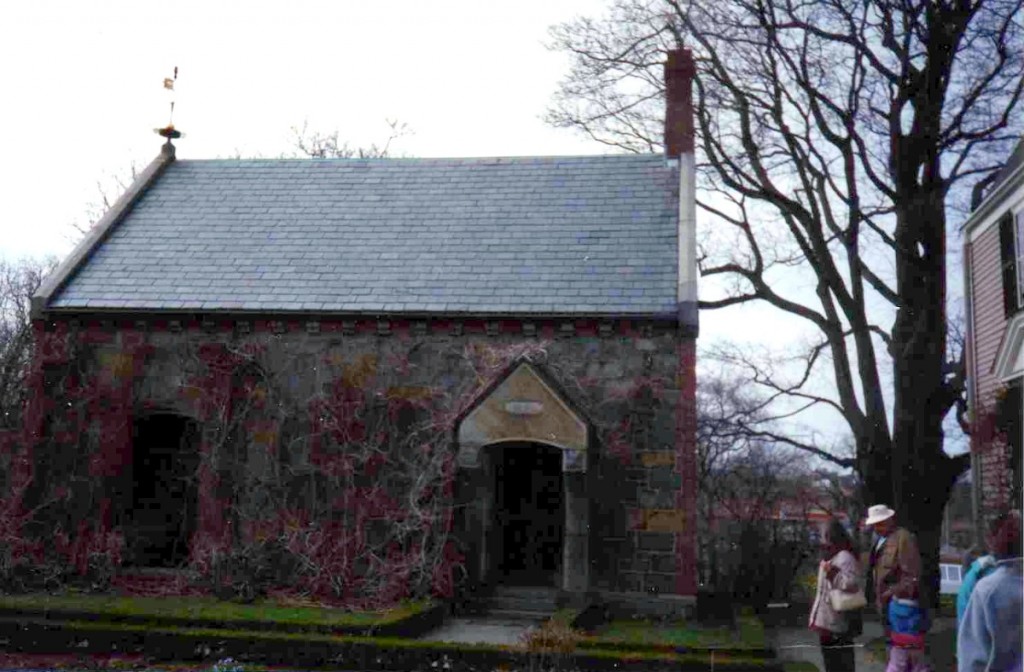 This may have been my favorite part of the vacation. It was a library, built in 1870, to house the Adams’ 14,000 books. It is separate from the house to eliminate fire danger. Words can’t even begin to describe it. If I had to spend the rest of my life in one single room, this might be it. 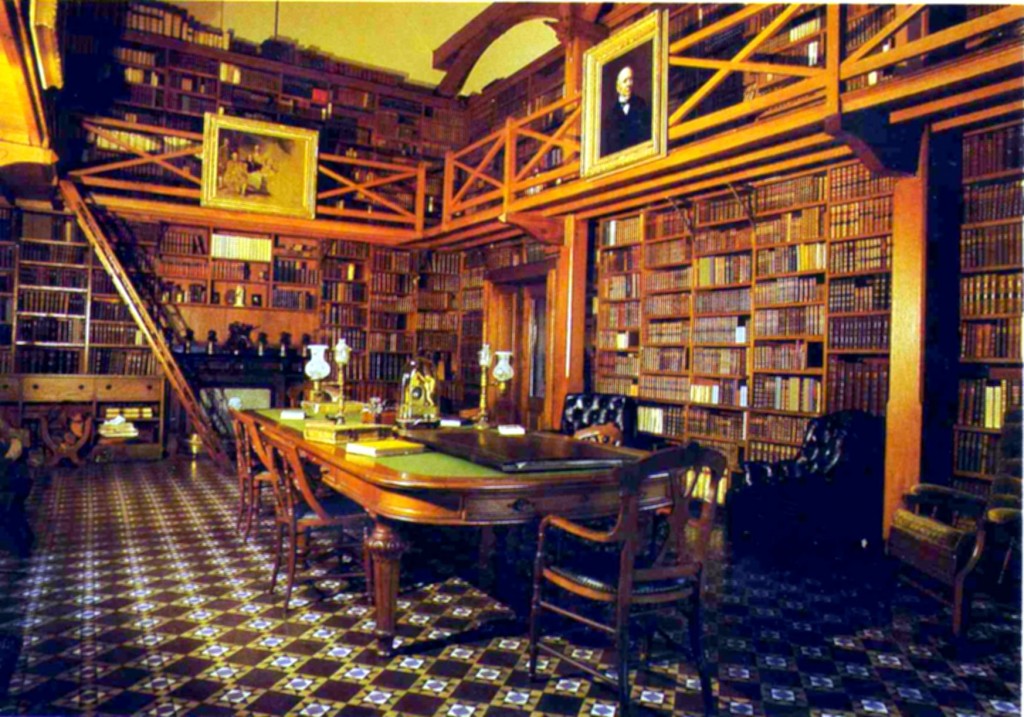