I was off again on a Sunday morning to another conference, this time in San Diego. Five of us headed out early to do some sightseeing. Our flight left around 8:40, so we had to get to Midway Airport by 7:00. While the others were getting their luggage out of the trunk, I took this quick shot.

Like most limos I’ve been in, this one was fixed up fancy with glasses and napkins and colored lights — all for show. Upon occasion, I’ve struck up conversations with drivers. They own their own cars and contract with a service that connects them with passengers. For most of them, the car is their chief investment in the world and they take great pride in making them look good. 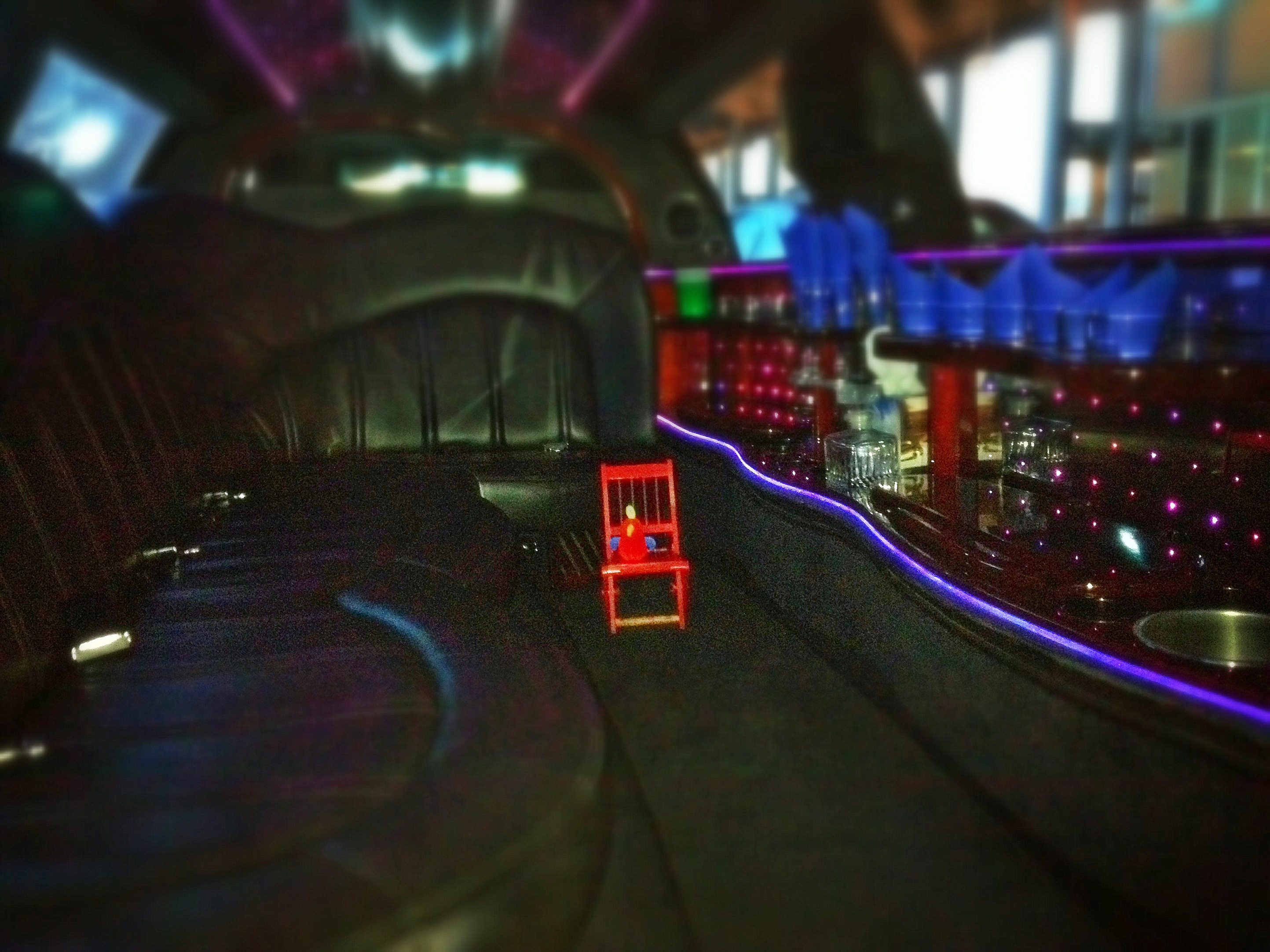 Midway Airport was named in honor of the WWII Battle of Midway in which planes flying from U.S. carriers attacked and sank four Japanese carriers and altered the momentum in the Pacific Theater.

There’s an exhibit on the battle in the airport that includes an SBD Dauntless Dive-Bomber hanging from the ceiling. This type of plane was used during the battle, although this particular one crashed in Lake Michigan during training exercises during the war and remained in the lake until it was recovered in 1991.

I was intending to find an angle for a red chair picture that showed the plane in the background, and I did somewhat — you can see part of it at the top of the photo. But I was drawn to the bizarre statue against the wall. It appeared to be a cross between a ballet dancer and a professional wrestler, dressed as an auto mechanic. On the Midway Airport site, I discovered that it “is a 9-foot tall bronze depiction of a military man during World War II” and that it’s titled “America.”

It’s still bizarre, and it was screaming for a red chair shot. 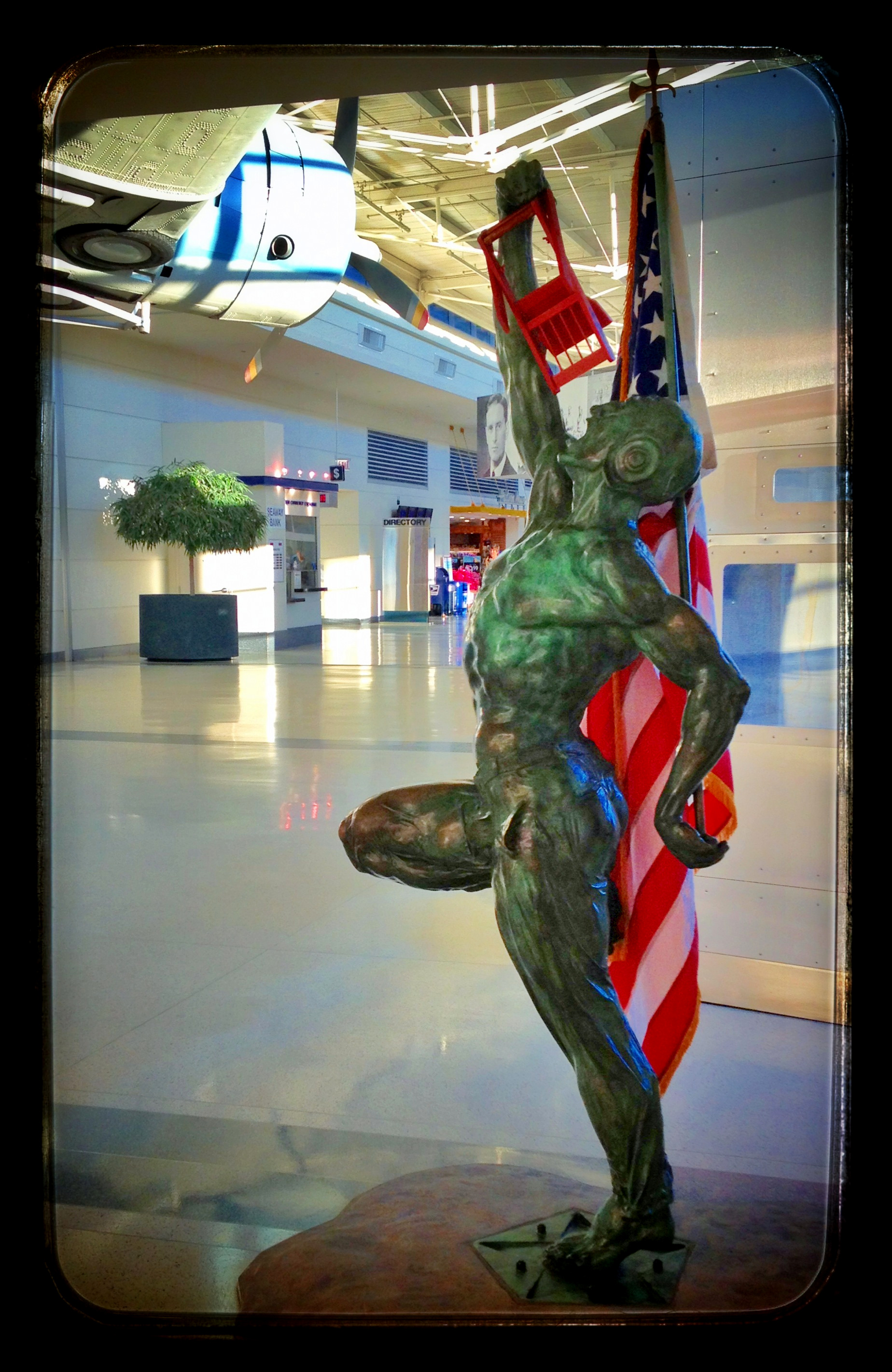 House of Blues has a gift shop in the concourse at Midway Airport. On either side of the shop there are well-worn statues of Jake and Elwood Blues, equipped with wheels for easy transport. 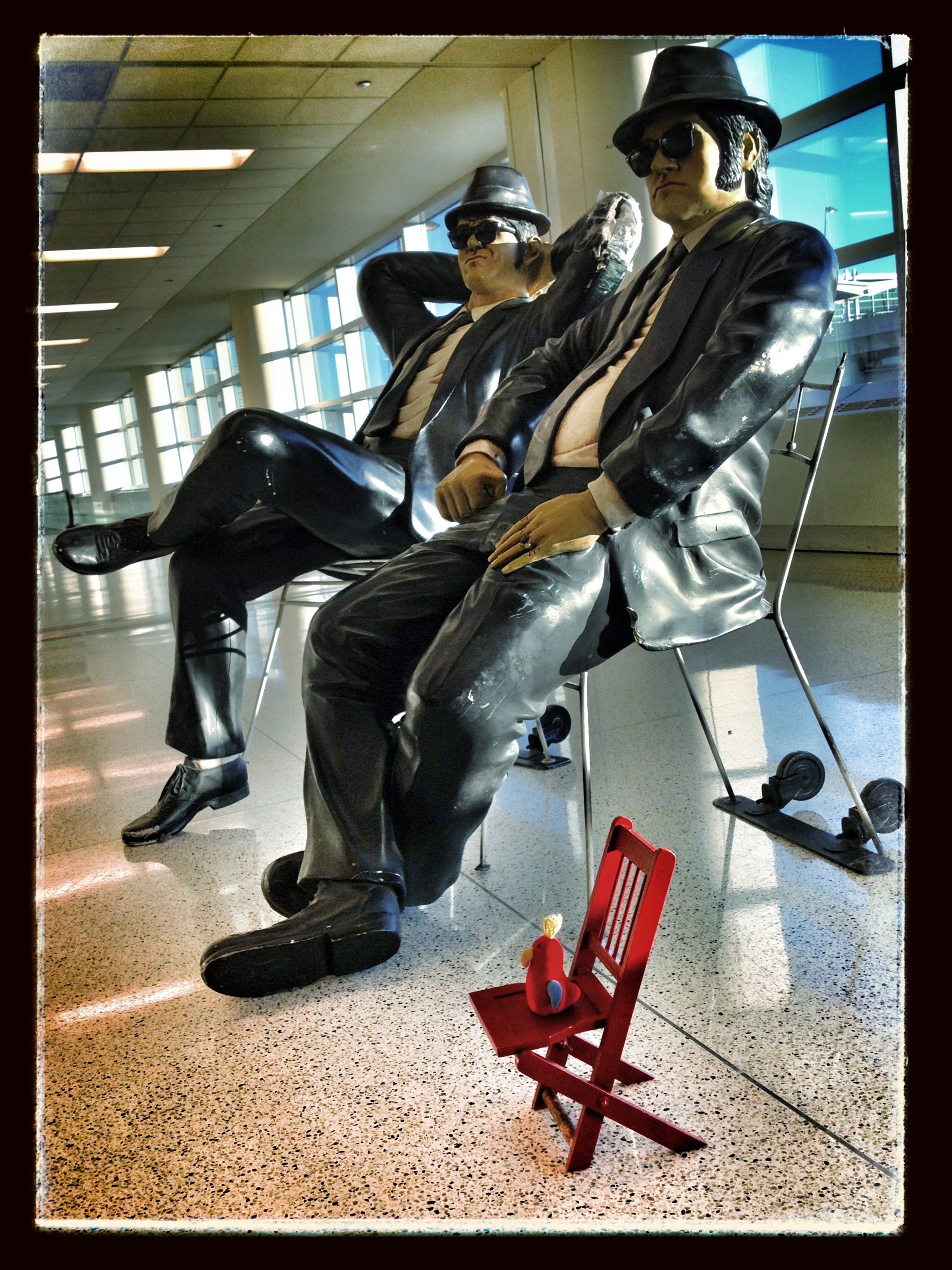 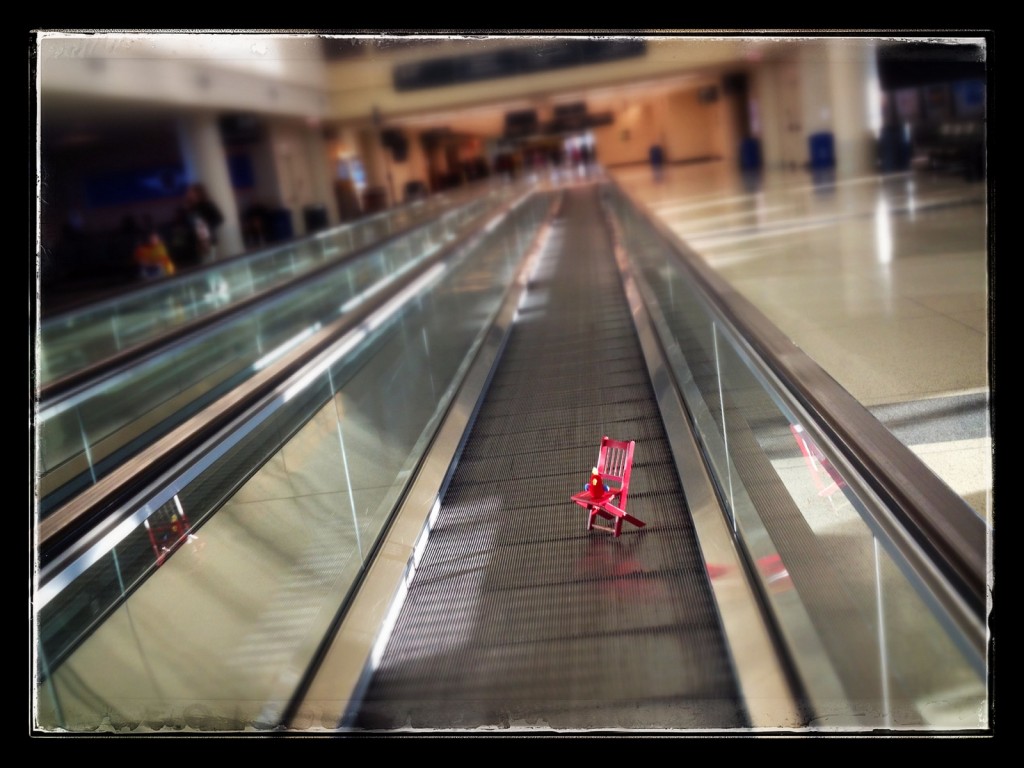 There’s another intercom message at Midway that cracks me up every time. About once every five minutes, a guy comes on and says, “Attention, passengers …” The way he says “passengers” is a marvelous example of the extreme Chicago accent.

This entry was posted in Red Bird, Red Chair. Bookmark the permalink.