On Wednesday afternoon, I decided to take a walk. I drove to Palmer Lake and set off south on the New Santa Fe Trail toward Monument. It was a pretty day, chilly enough for a coat, and I was the only person out and about.

Plans sometimes change. I like to wander. I hadn’t gone far before I spotted an interesting bluff off to the east. A side trail headed off that way, so I followed. 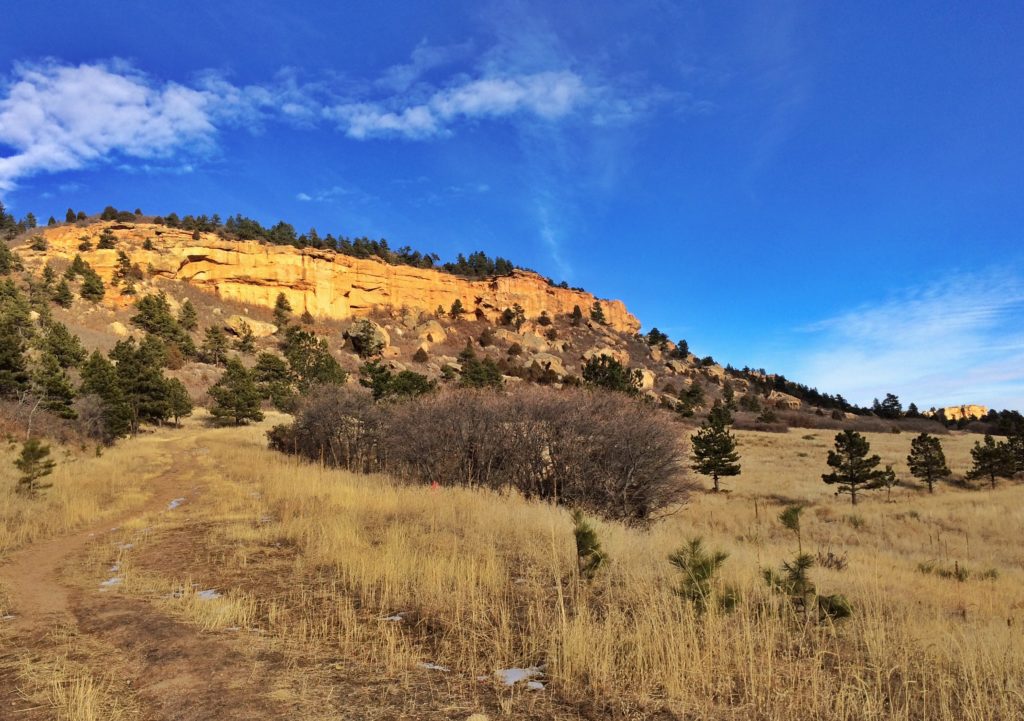 The trial led along the base of the bluff for maybe a mile. 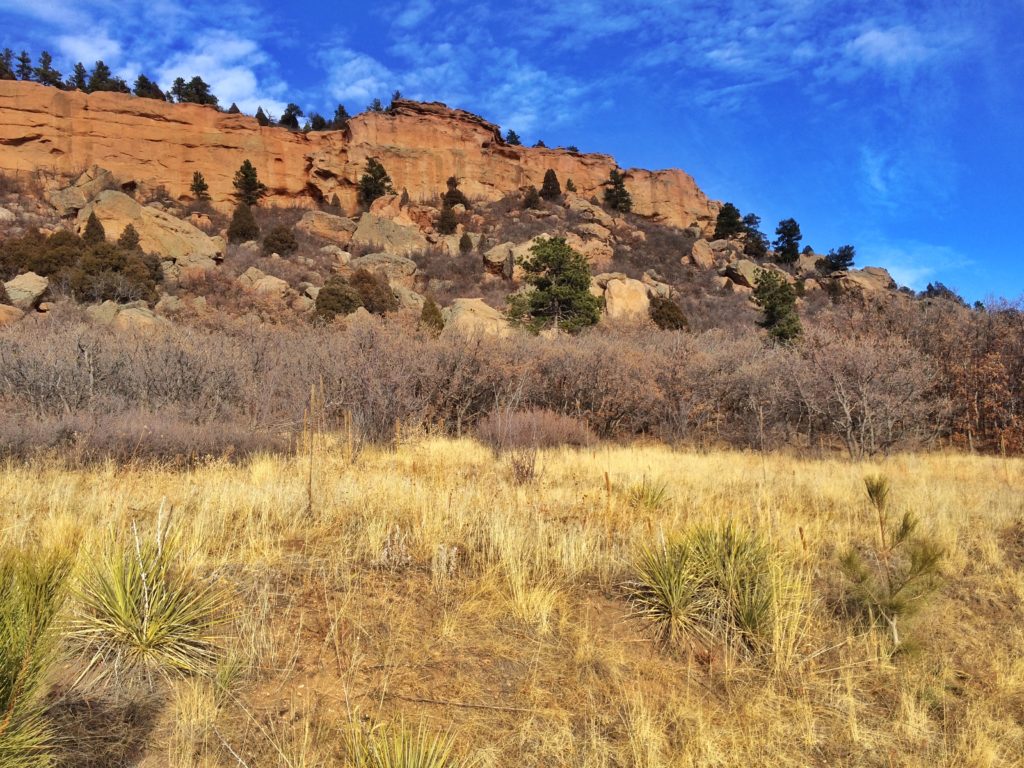 And then there was another trail, much narrower this time. 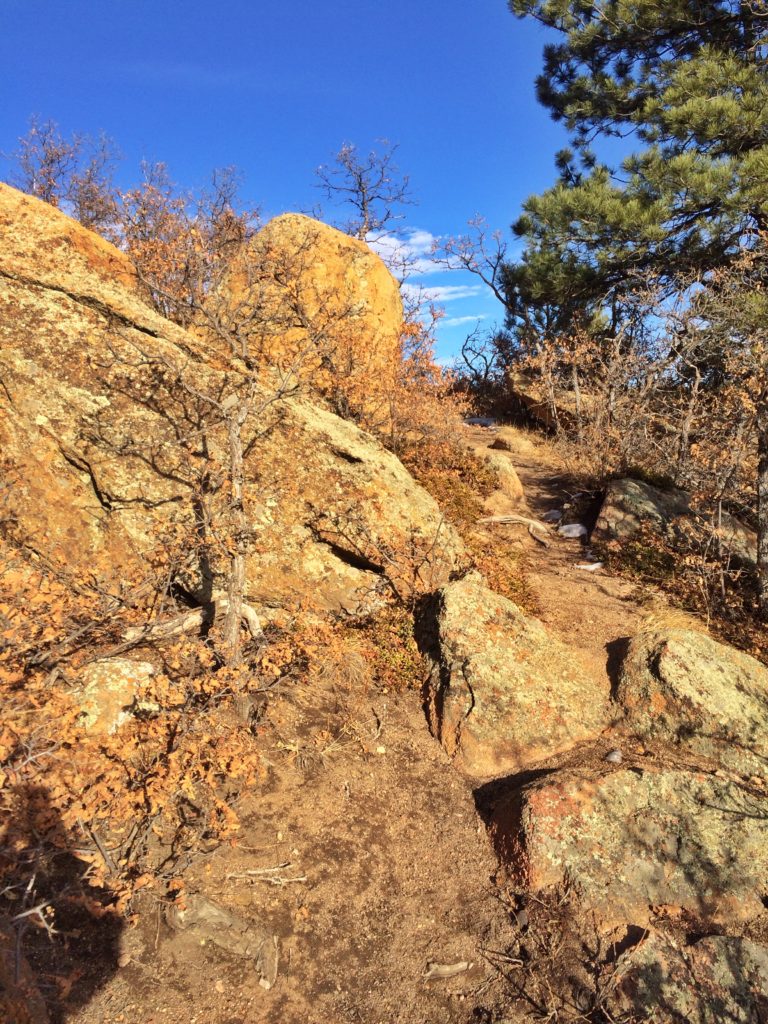 It led around to the north end of the hill and began climbing. So did I. After a few steep stretches that had me panting in the high altitude, I got to the top. There was a dirt road with a few footprints but no tire tracks. It led back toward Palmer Lake. 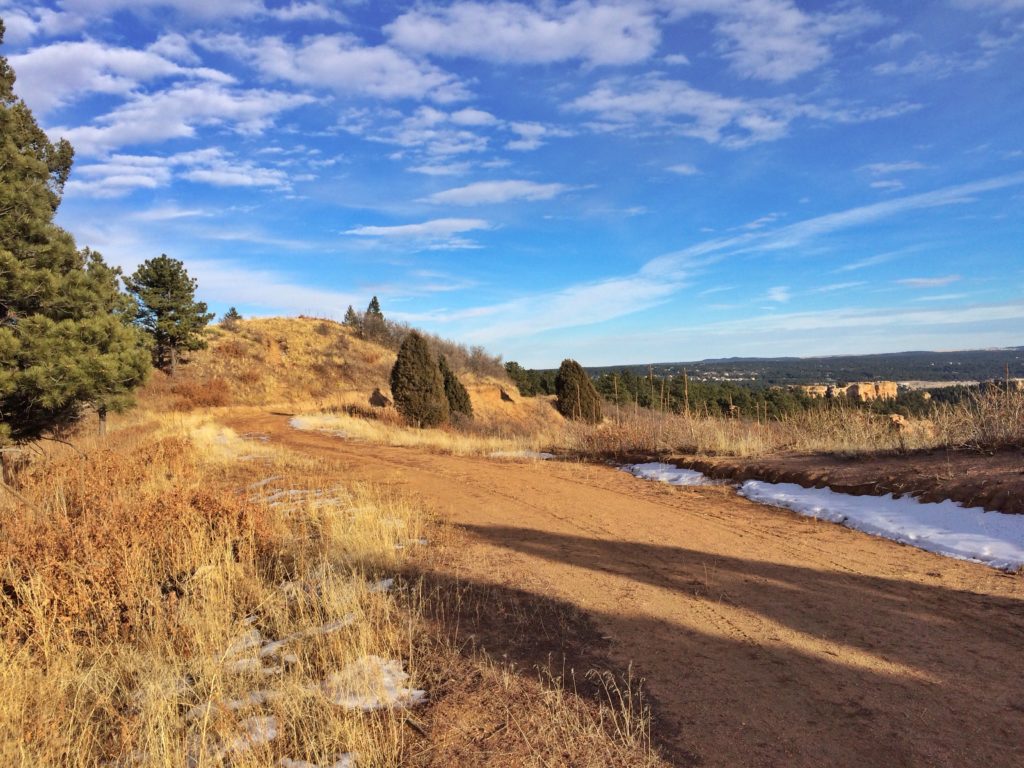 Here’s Elephant Rock off to the east. 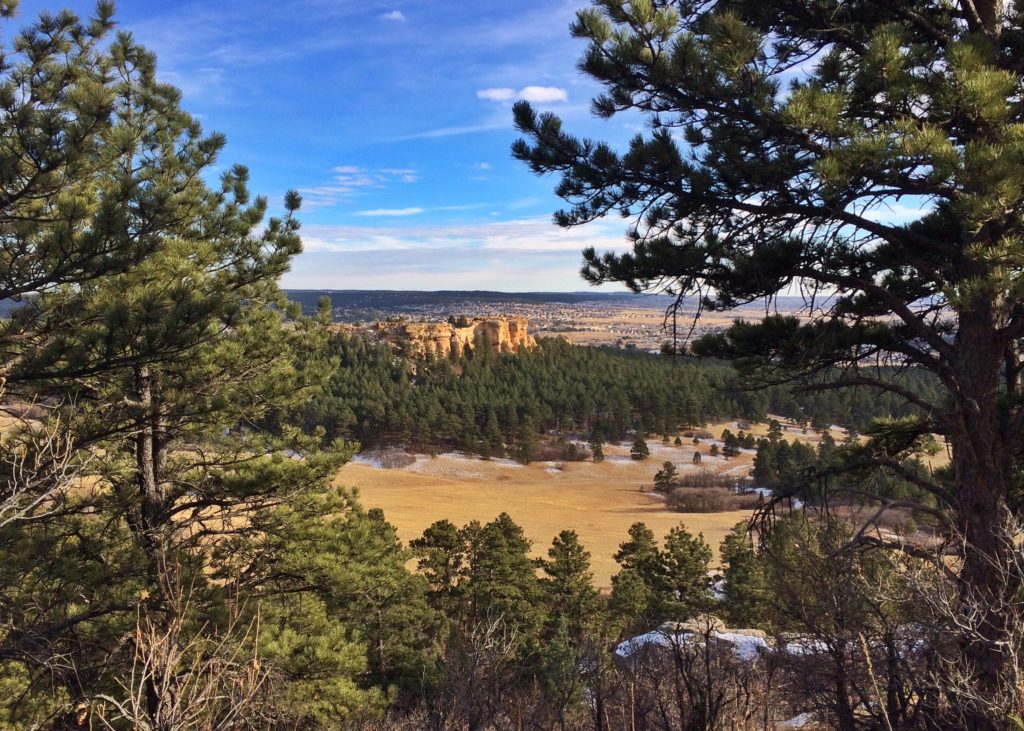 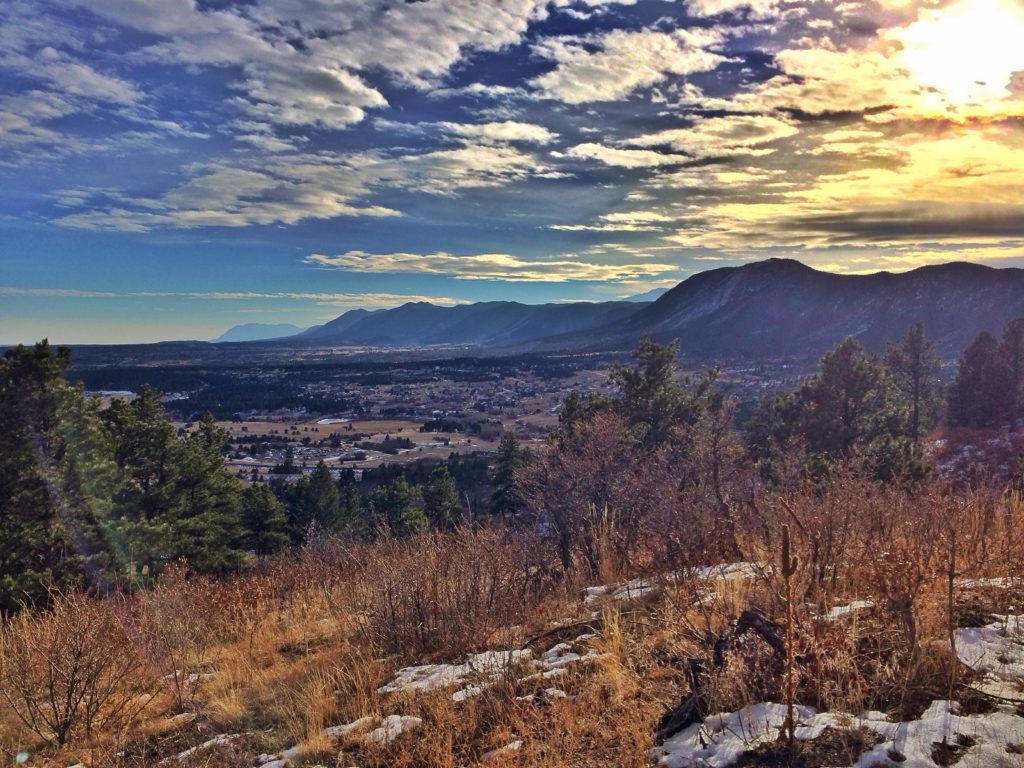 Looking north. Denver is about 40 miles off in this direction.

The road led me to the edge of the bluff. Here’s another shot facing south. 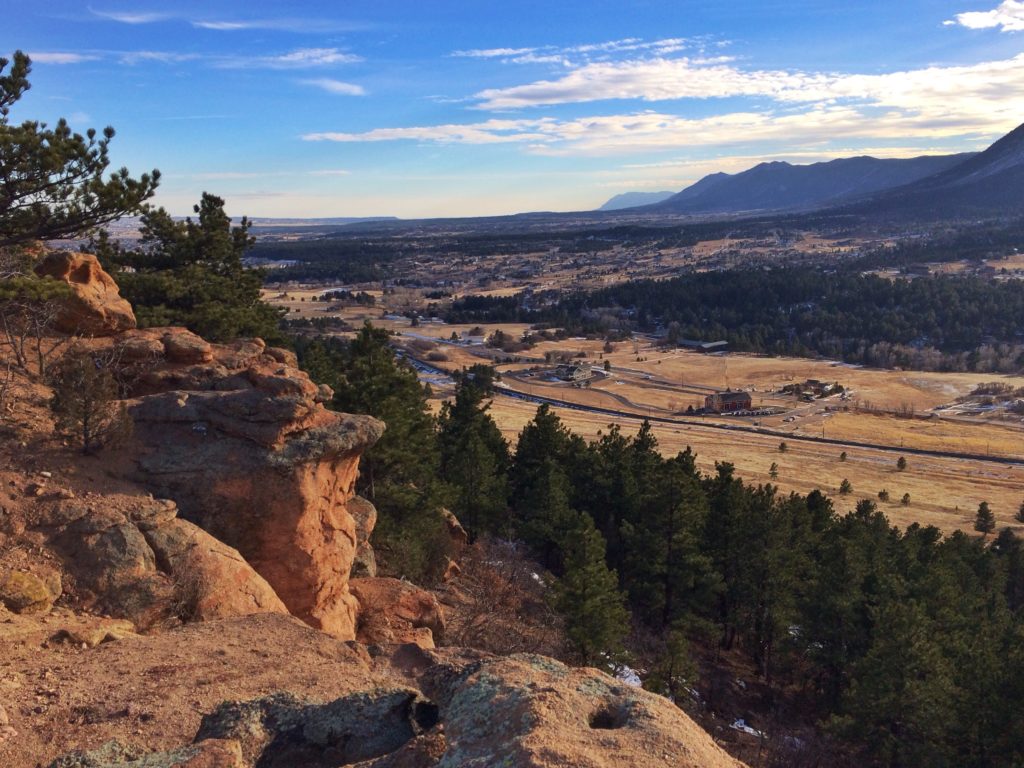 The town of Palmer Lake—and the lake.

Looking off to the northeast, in the general direction of Illinois. 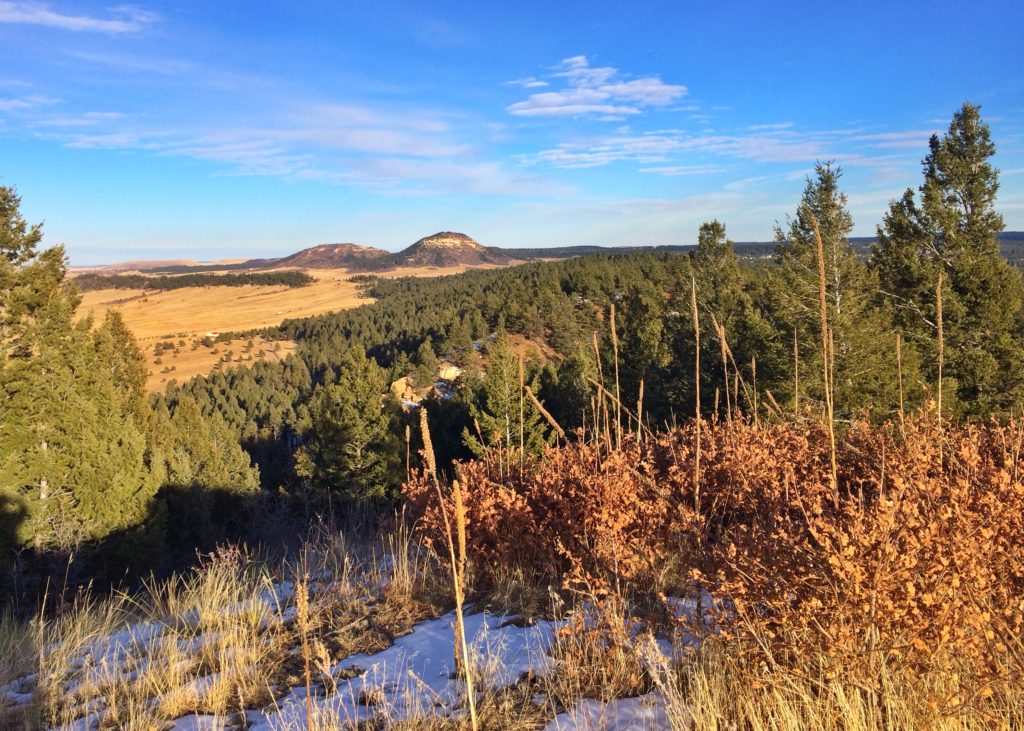 As I walked back along the trail, I spotted the high point of the hill and climbed to the peak.

I hadn’t planned this adventure, so I didn’t have my camera. I was still on top when my phone conked out for some reason. So I have no shots of the absolutely amazing light the late afternoon sun cast on the face of the bluff as I walked back to my car. And I have no shot of the beautiful buck Mule Deer that stood along the path perhaps 20 feet away from me and engaged me in a staring contest. I’m not entirely sure if I was supposed to be on the hill, but I think it’s pretty cool to live where adventures like this happen by mistake.

I later discovered I was on Ben Lomand Mountain. The top where I stood to take the video is 7,636 feet high.  (Which makes it 952′ higher than any point east of the Mississippi.) It’s 296′ from bottom to summit, which is four feet short of being a ranked peak. They take their mountains very seriously out here. There’s a web site where I can log in and mark that I’ve summited Ben Lomand. It also informs me that it’s the 3,577th highest peak in Colorado and the 11,127th highest in the United States.

Hey, I have to start somewhere.