It’s odd to see seabirds the size of robins, but that’s what these were. I spotted about 15 of them on the whale-watching cruise out of Mission Bay. They seemed warier than the Rhinoceros Auklets and a bit more likely to fly away from the boat, but other than that, the behavior I observed was much the same — small birds floating on the ocean. 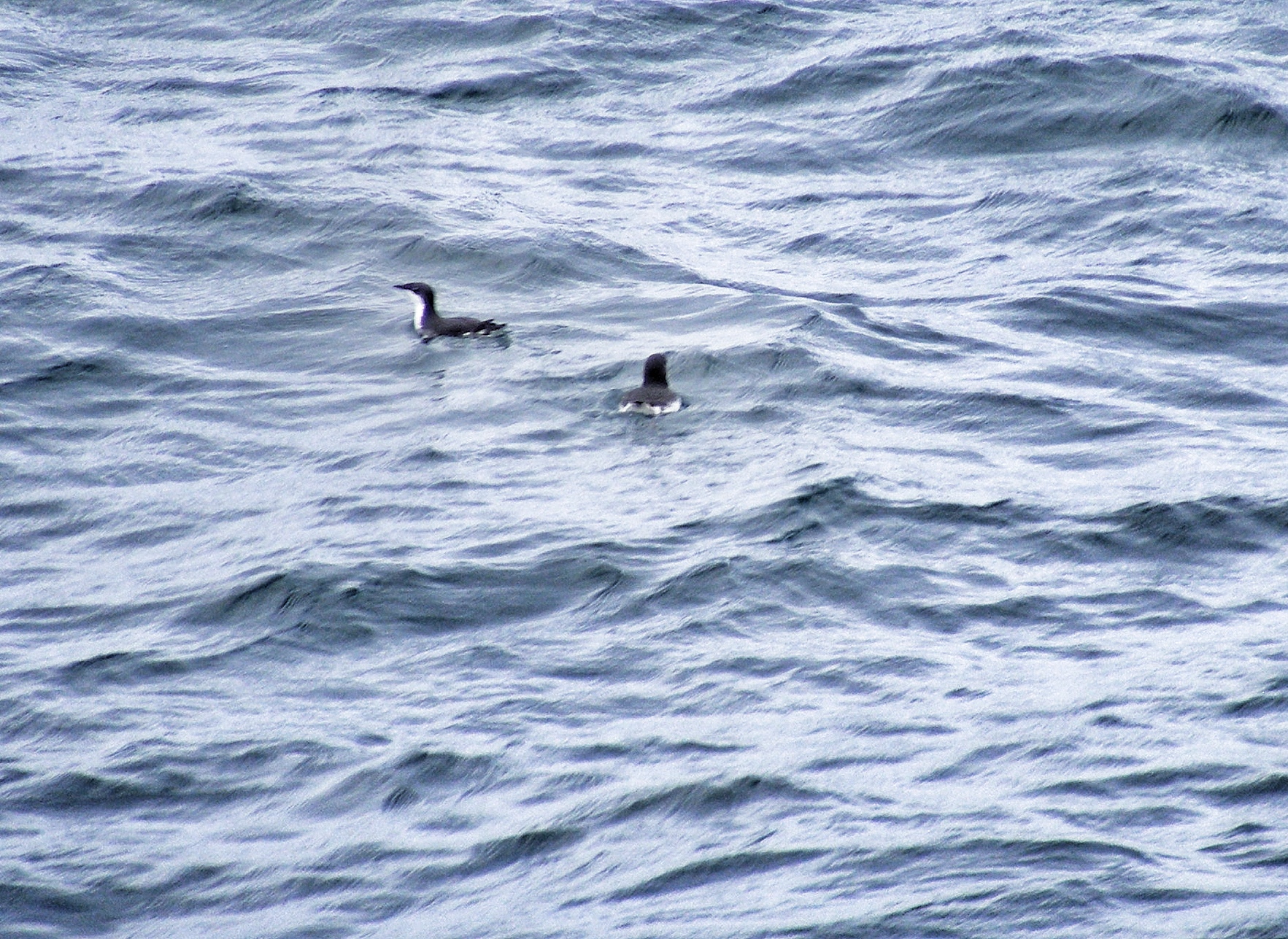 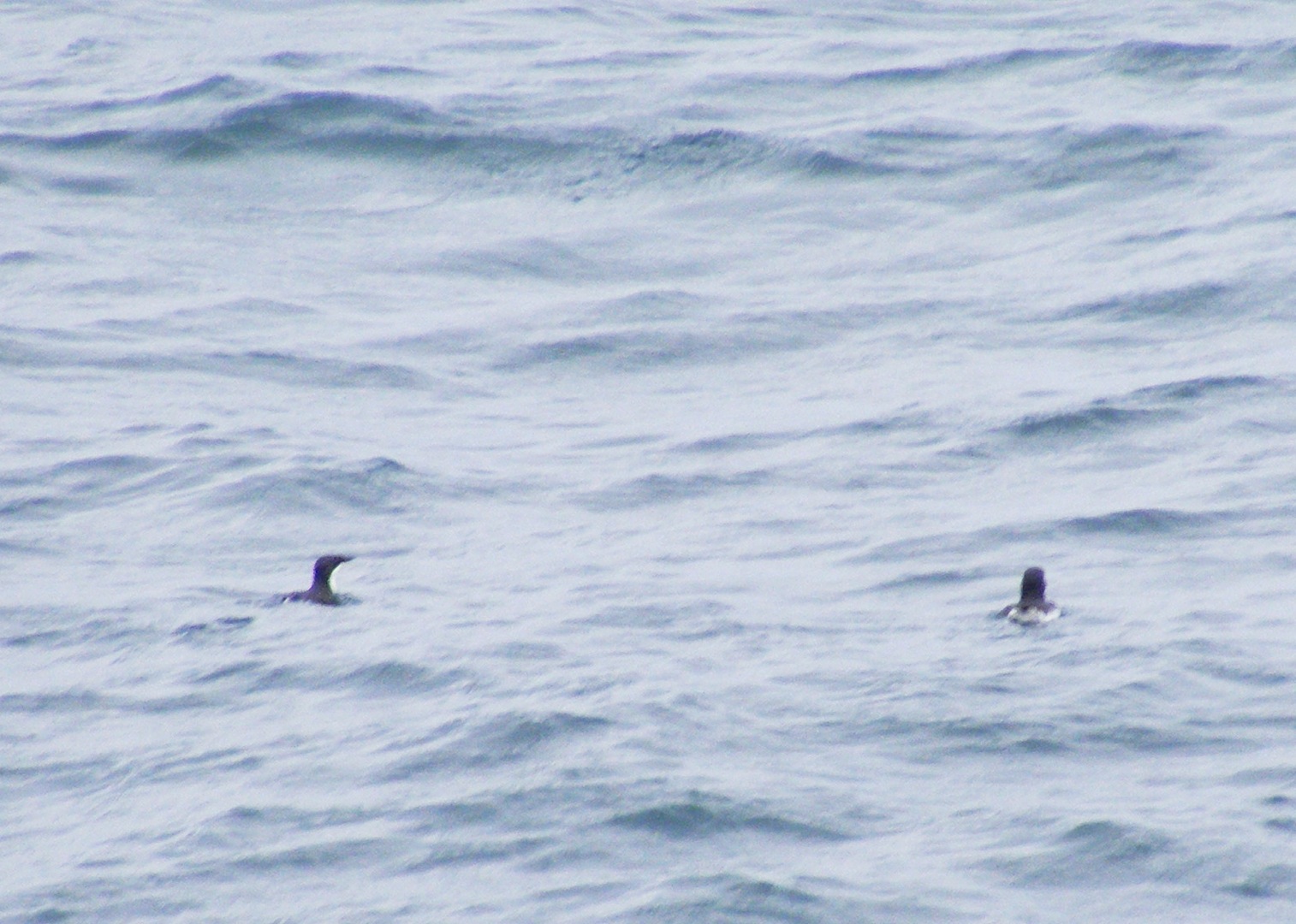 I was told by Melissa, the marine biologist on the cruise, that she sometimes saw birds that had eaten so much they couldn’t get airborne but just skittered across the water to get away from the boat. Not long after, I saw one doing just that, although I’m not sure if her explanation of the behavior is correct. The murrelet kept this up for at least 15 seconds. 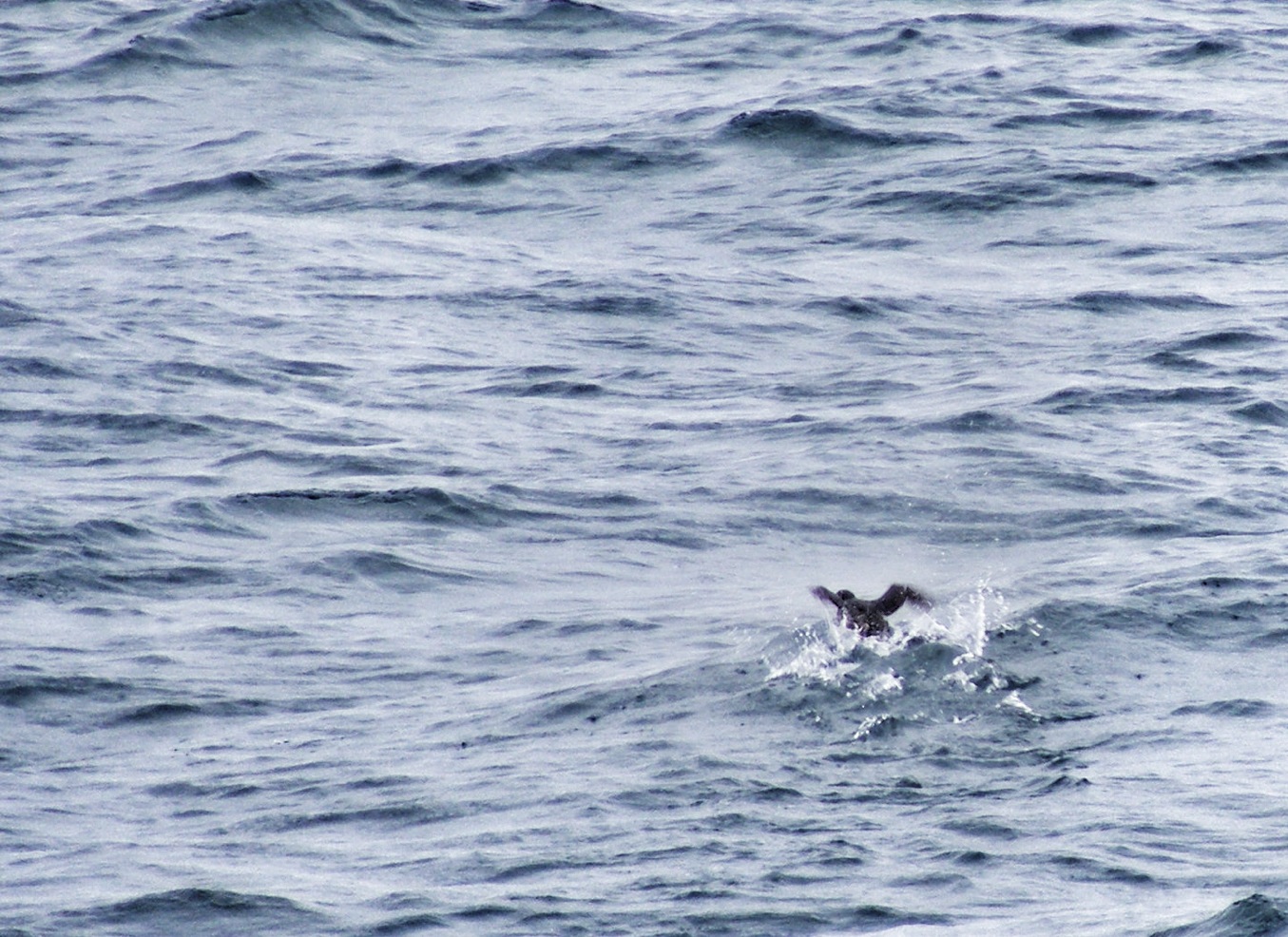 Like the Rhinoceros Auklets, I don’t think I saw one within two miles of shore.