I saw on the Internet that 19 Lewis’s Woodpeckers were seen at Lake Dorothey on March 11. The wildlife area is on the New Mexico border, two-and-a-half hours from Colorado Springs. There are closer places where I could happen upon a Lewis’s Woodpecker. But I decided to turn the day into an adventure.

The parking area is just north of the state border. The trail leads up below the dam, with woods on one side and a clearing along Schwachheim Creek on the other. There was a forest fire there in the not-too-distant past, and dead, blackened Ponderosa Pine trunks covered the hills. 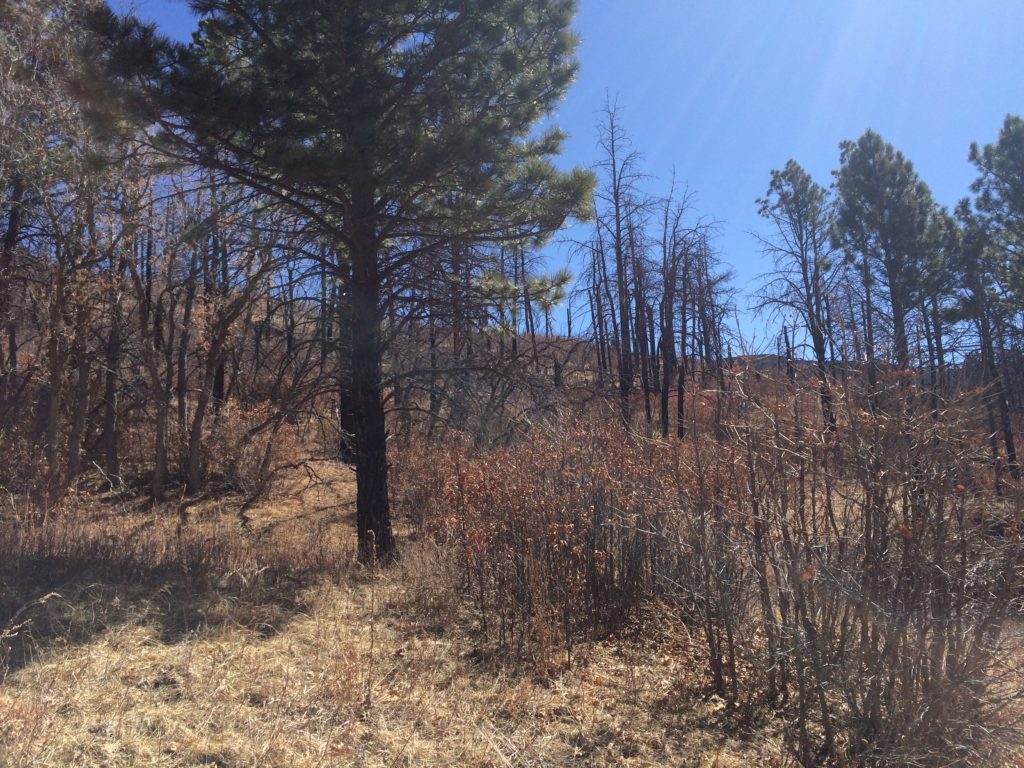 We hadn’t gone far before we saw a Lewis’s Woodpecker fluttering over the clearing in the odd way they have. It landed in the trees on our right. A second one went over a few minutes later, close enough for my wife to see it’s red belly without binoculars.

Next to the dam, three more were flitting through the trees, chasing each other and rarely landing for more than a few seconds at a time.

We walked up onto the dam and then took the trail that led around the lake. We soon saw two more, and we got closer to these than to any others we saw. 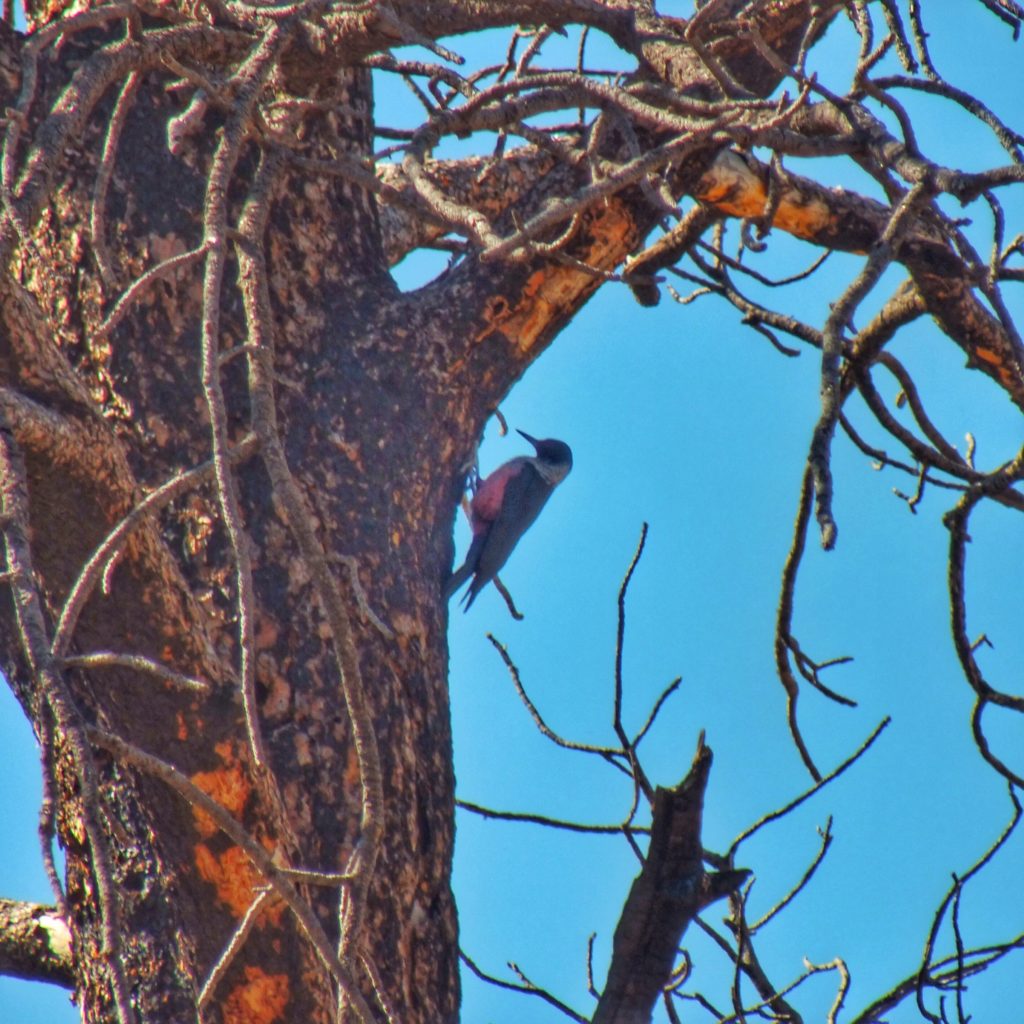 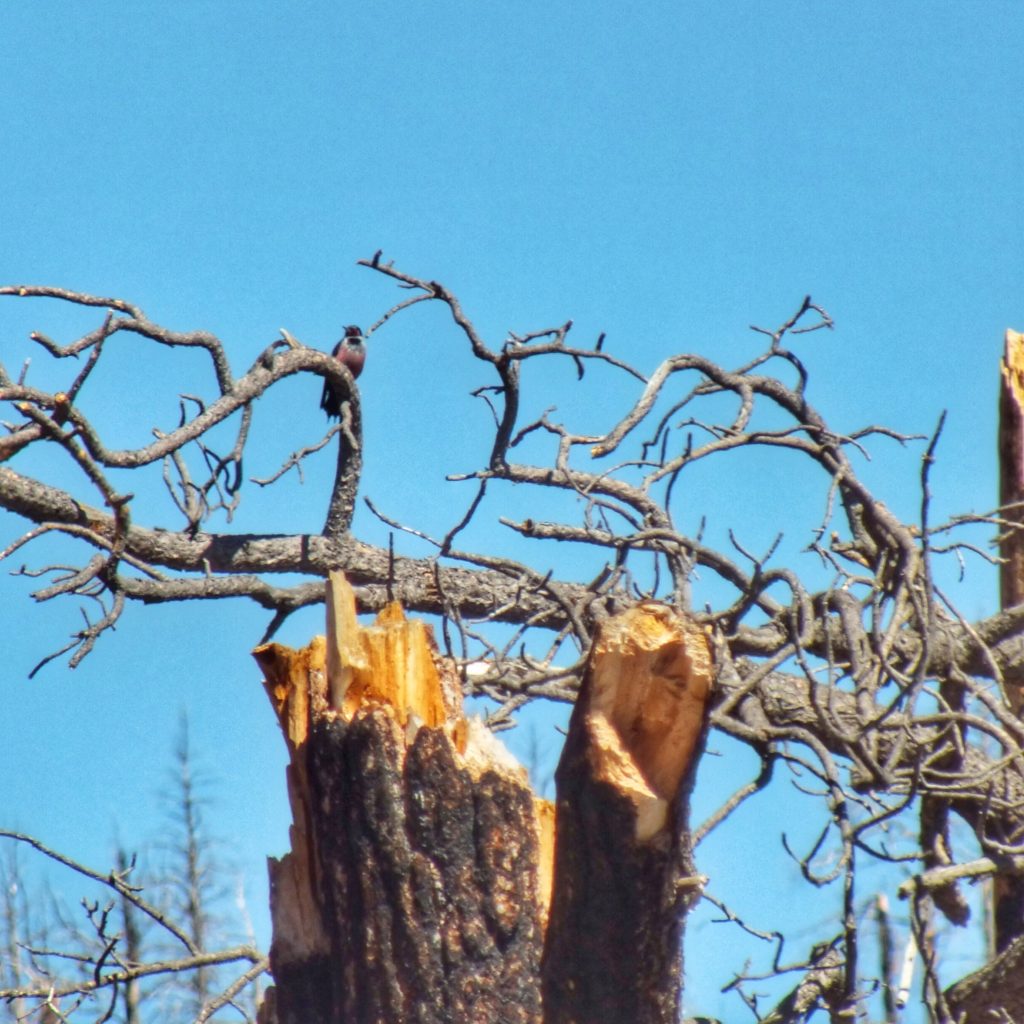 I’ve read that they fly-catch from perches. I didn’t see any flies, but the woodpeckers frequently launched out in an odd, fluttering flight unlike the usual direct flight of other woodpeckers. 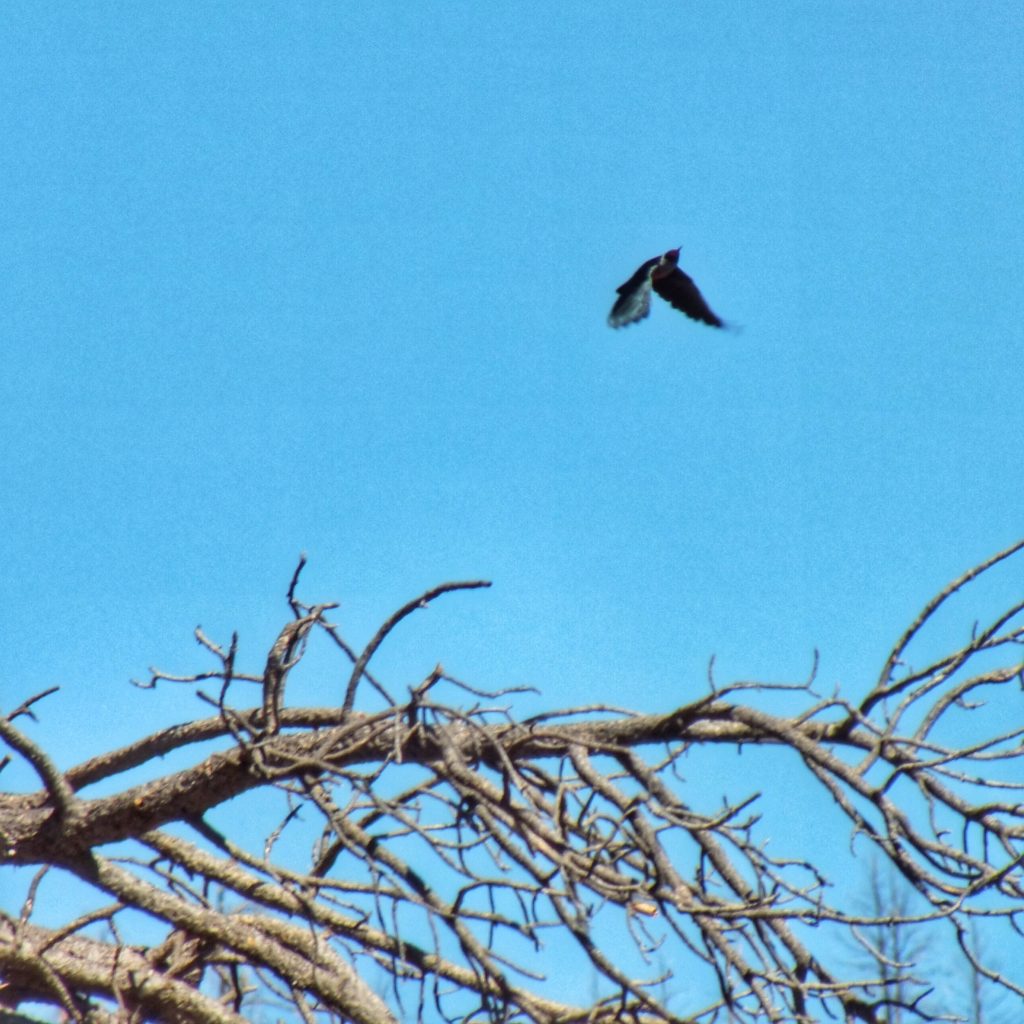 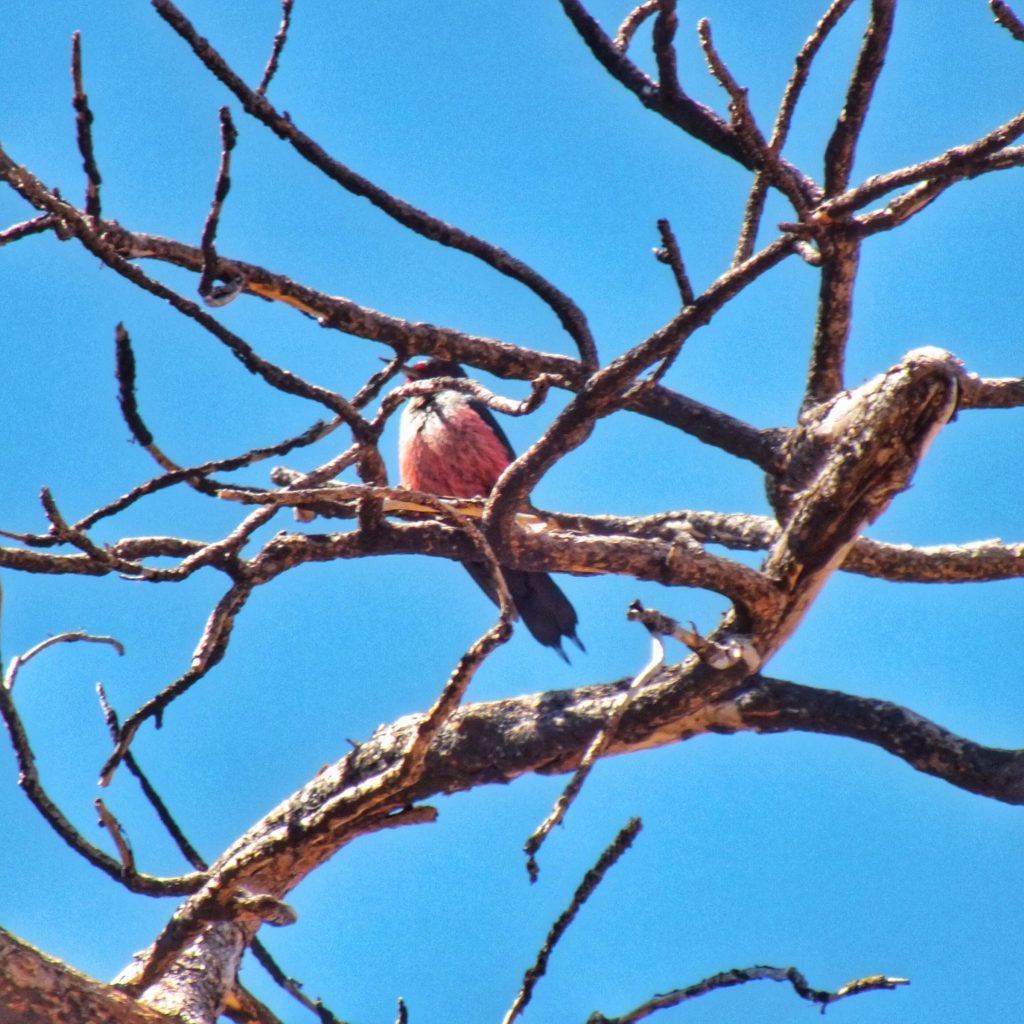 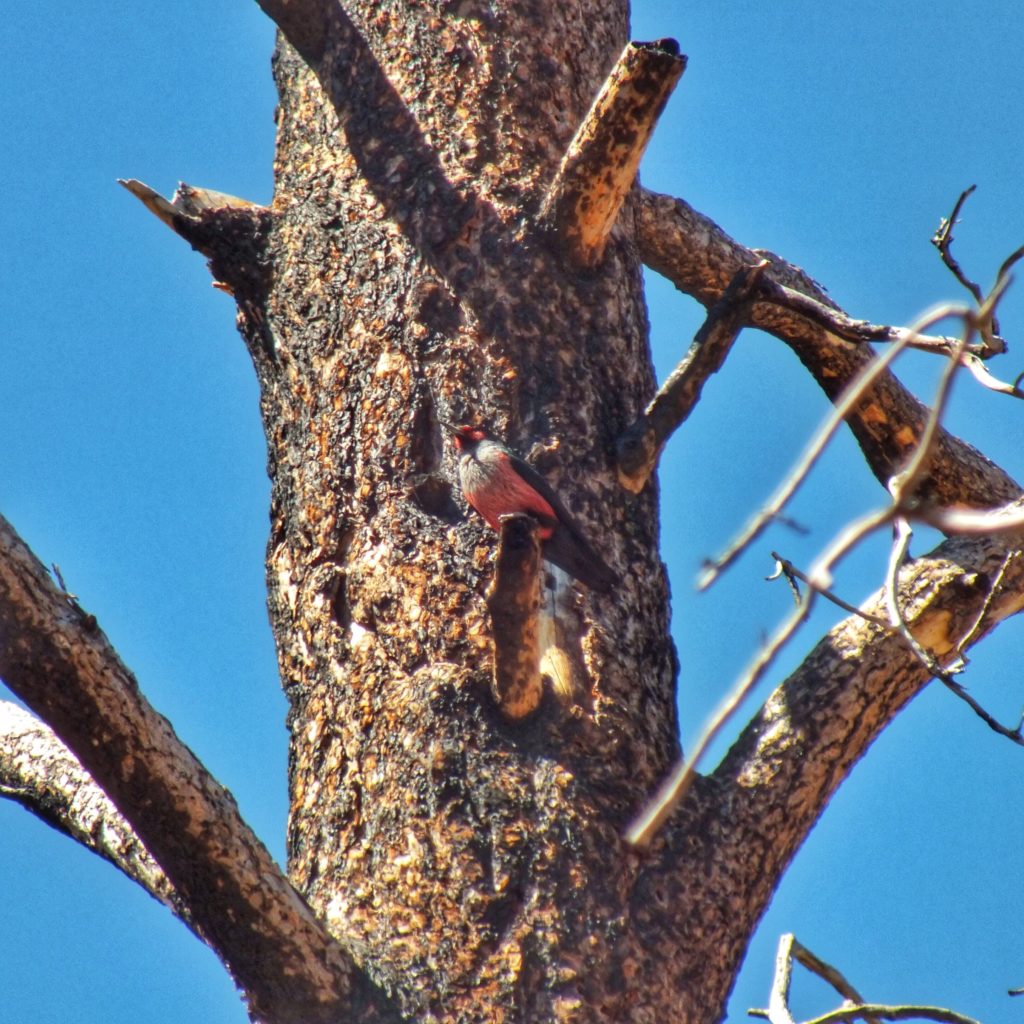 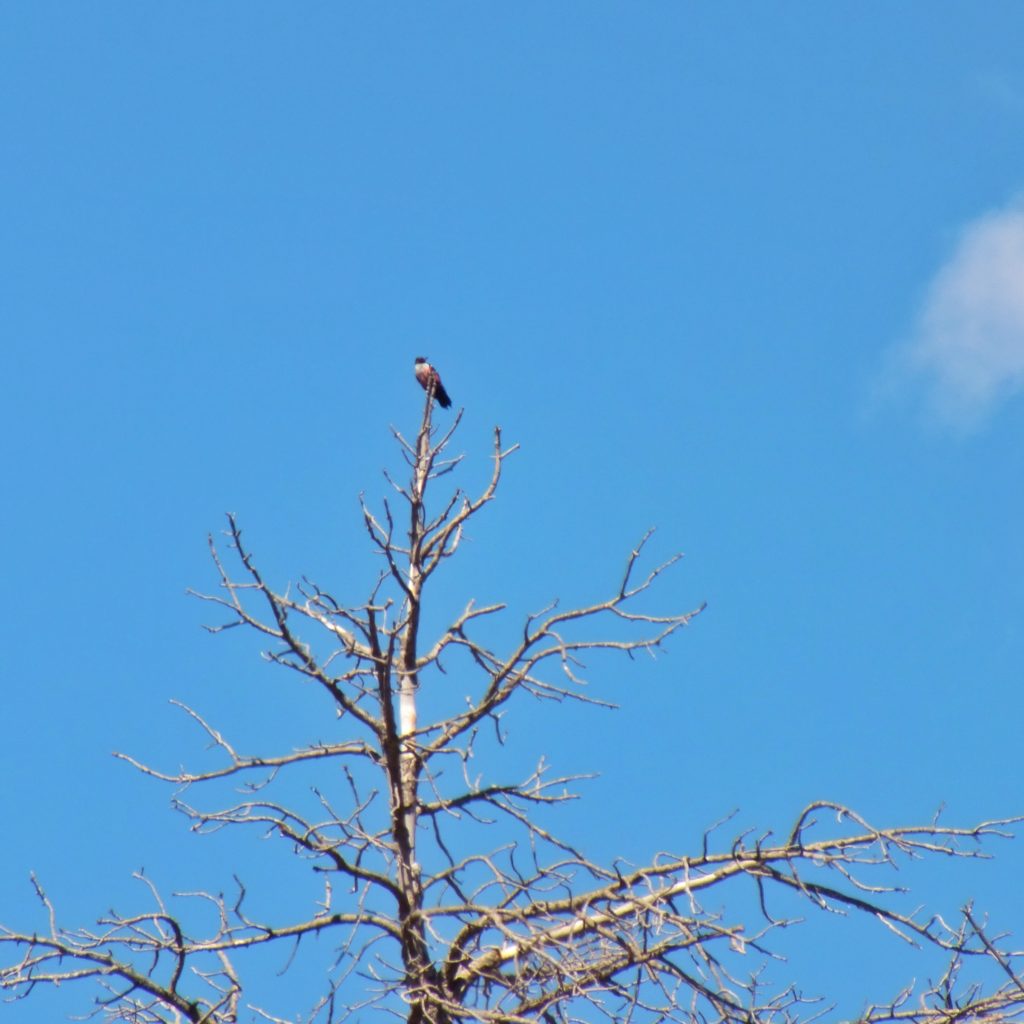 In all, I believe we saw nine at Lake Dorothey. When we crossed back into Sugarite Canyon State Park in New Mexico, I spotted three more. They were sticking close together and moving constantly, like the three I saw by the dam. 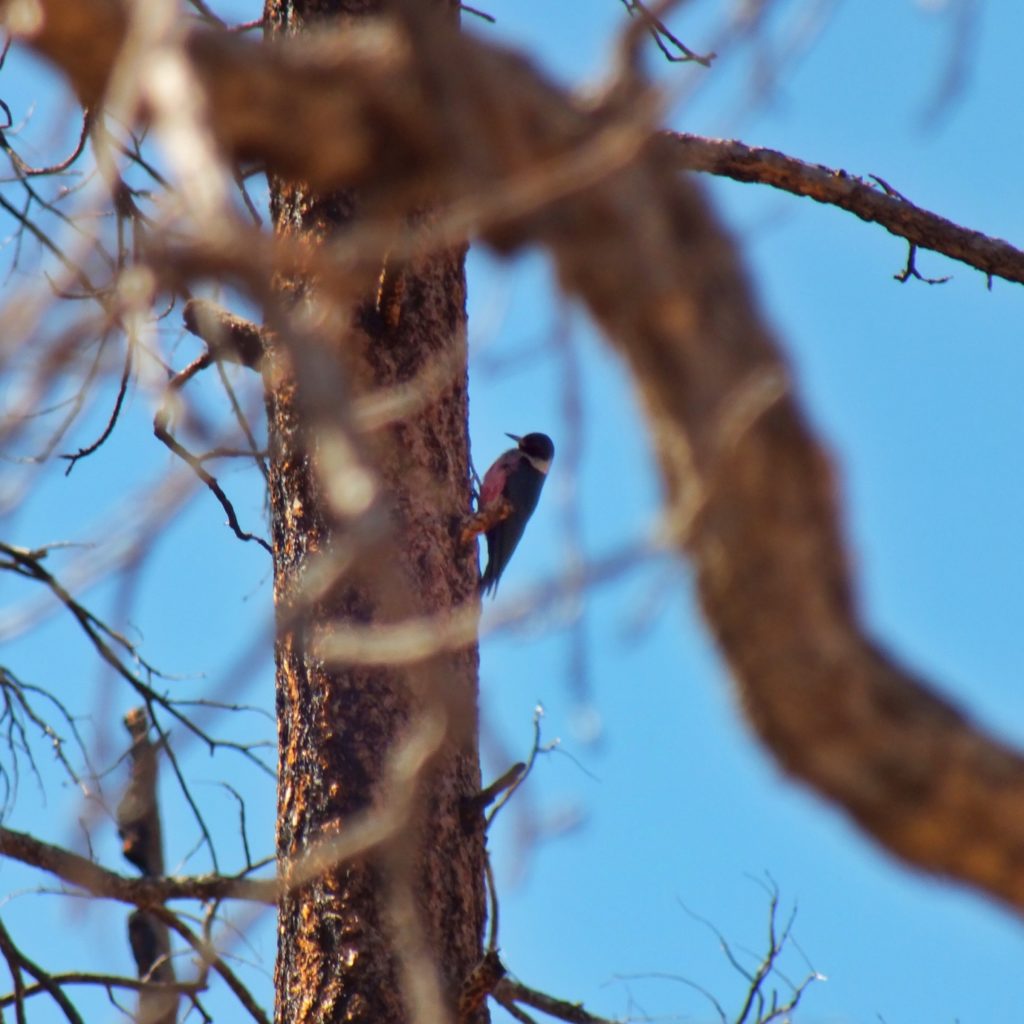 As you can see by the photos, it was a stunning day, with temperatures near 80°. There was a cool breeze that made it a almost chilly in the rare shade. The area was beautiful too. It would have been nicer if the trees weren’t burnt, but then the woodpeckers wouldn’t have been there either.