In 1913, coal miners from southern Colorado went on strike. They formed a large tent colony near the town of Ludlow where they stayed with their wives and children. In early 1914, the Colorado National Guard and units made up of guards from local mines surrounded the camp. On April 20, fighting broke out when someone fired a shot. By the end of the day, the camp was in flames and more than 20 people were dead, including two women and 11 children who had suffocated in a hole beneath a tent. Most of the miners and their families escaped when a freight train stopped next to the camp during the day and allowed them to climb aboard.

In retaliation, the miners attacked mines all over the area, burning buildings and attacking guards. The fighting lasted 10 days and another 50+ people were killed. The violence ended when Woodrow Wilson sent in Federal troops. John D. Rockefeller, Jr., who owned the mines, initiated reforms that improved the miners’ lives.

Ludlow no longer exists. The UMWA (United Mine Workers of America) purchased the site of the camp and erected a memorial. We stopped by on our way home from hiking in New Mexico. There’s a marble monument, a picnic shelter and some signs that give the story of the fight. 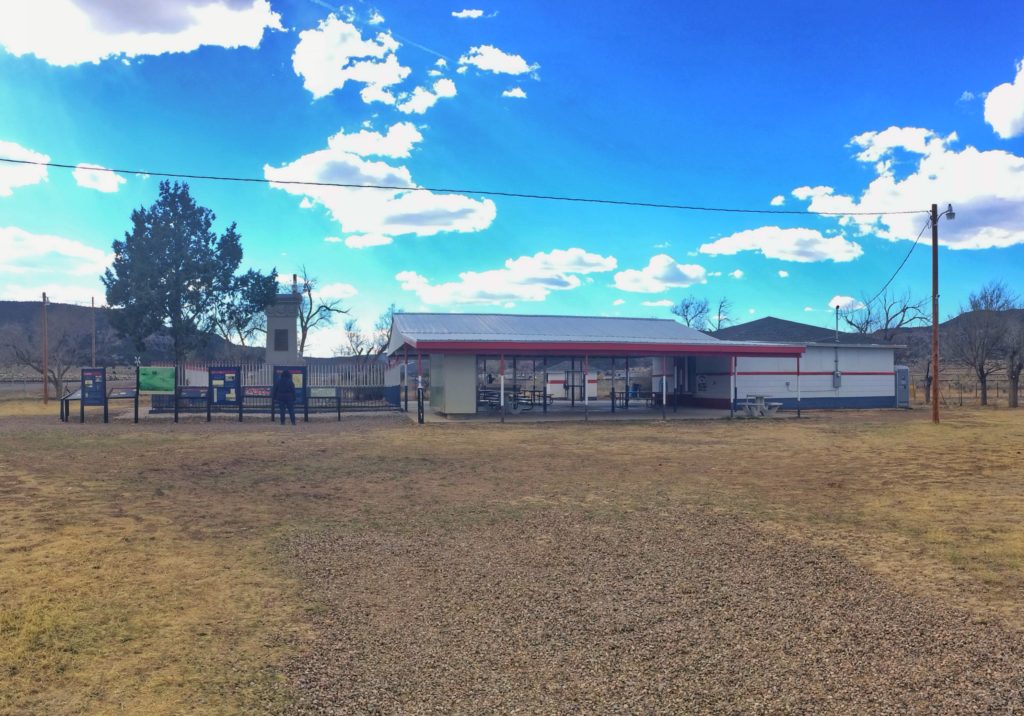 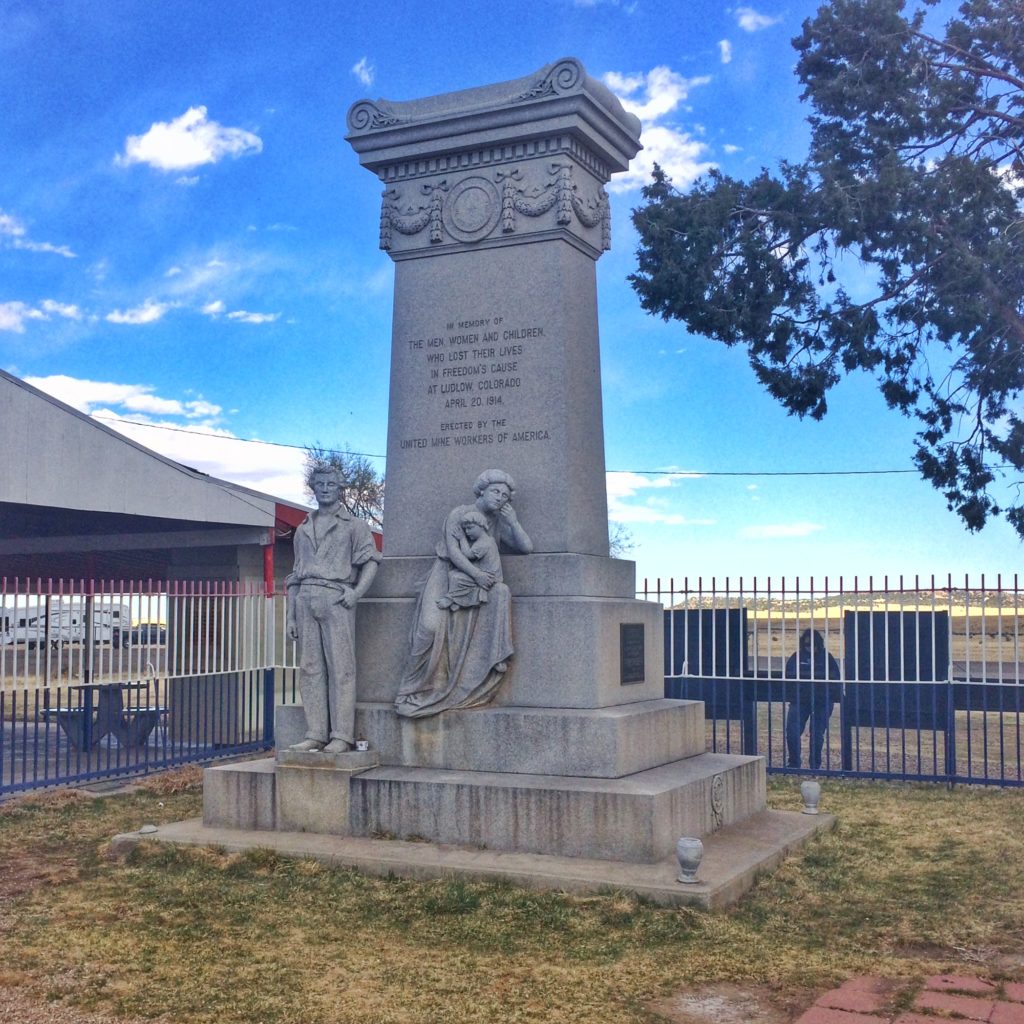 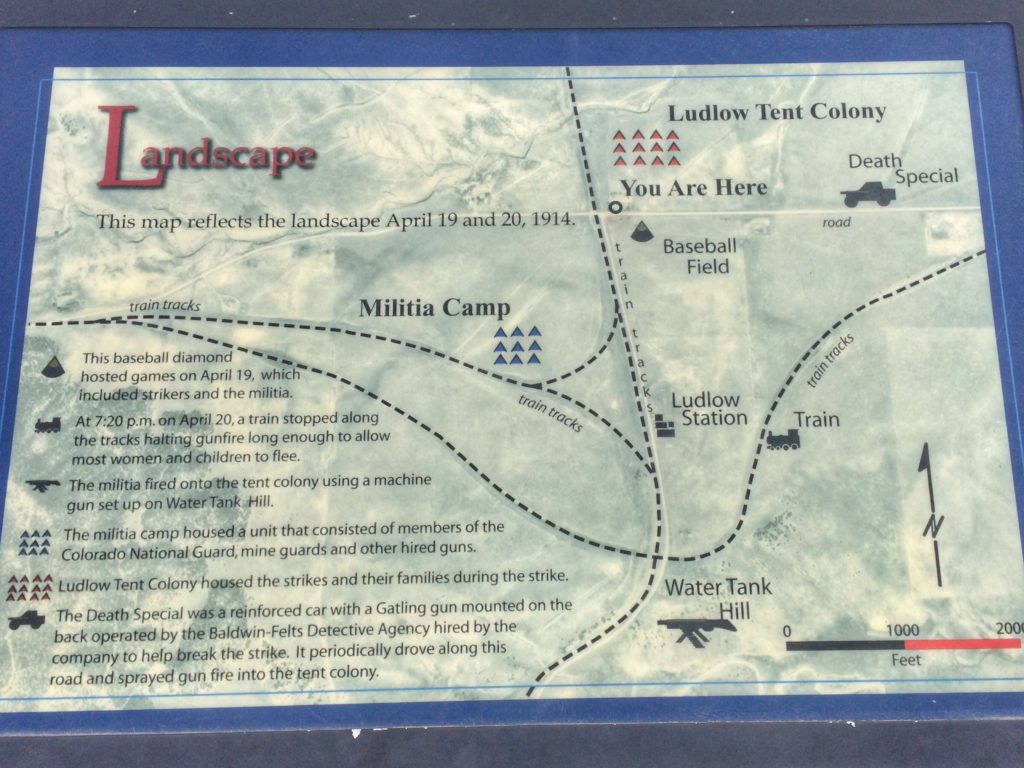 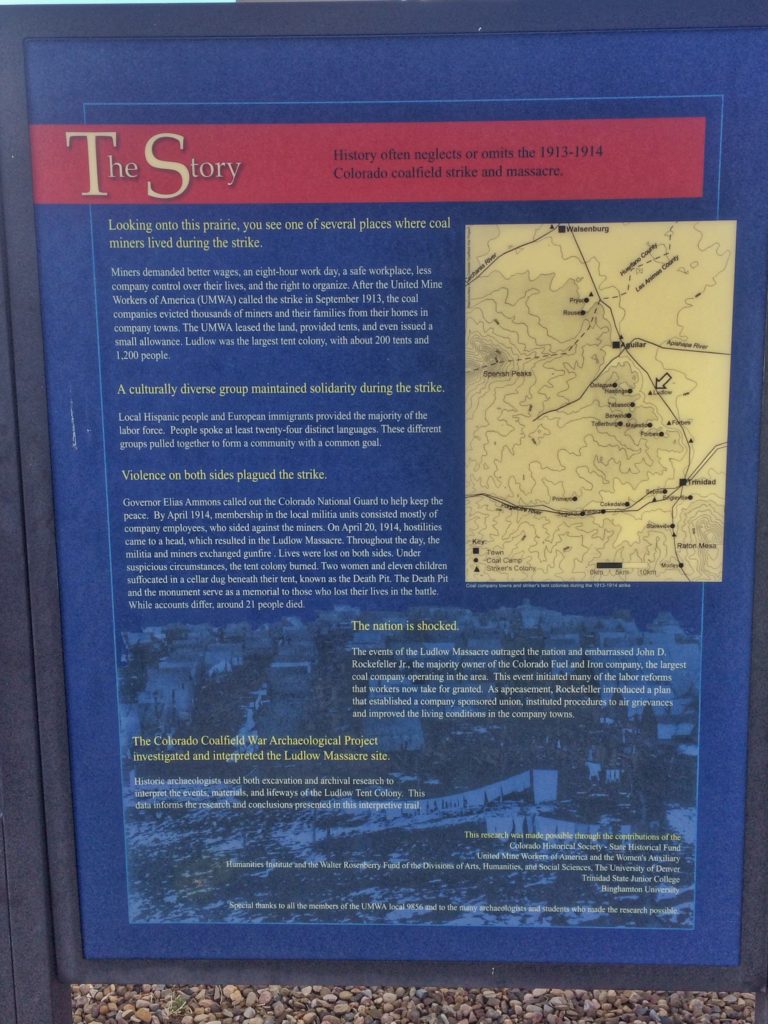