This is a little embarrassing. In 2008, when I was beginning one of my occasional lulls in birding interest, the American Birding Association decided that Muscovy Ducks have become self-sustaining in the wild in Florida. Therefore, they are eligible to list. I didn’t know this. So, in 2014, when I was in Kissimmee and saw a Muscovy Duck, it never occurred to me to list it. I knew what it was but figured it was just a local park-type duck.

In April, 2017, I was adding my other sightings in the area to eBird when I discovered Muscovy Duck listed on the official checklist. I did some research and discovered that I had another lifer.

So … I was in Florida for a convention. Early one morning, I headed out in search of adventure with my sister and a friend. We went to Kissimmee to see the Monument of States. I noticed a park across the street with an abstract frog sculpture. I wandered over to see it and discovered a pond. There were several White Ibis and Muscovy Ducks on the shore. I put the little red chair down for a photo. A White Ibis came over to see if I had food, but the ducks didn’t do much at all.

You can see other Muscovy Ducks in the background of two of these photos. 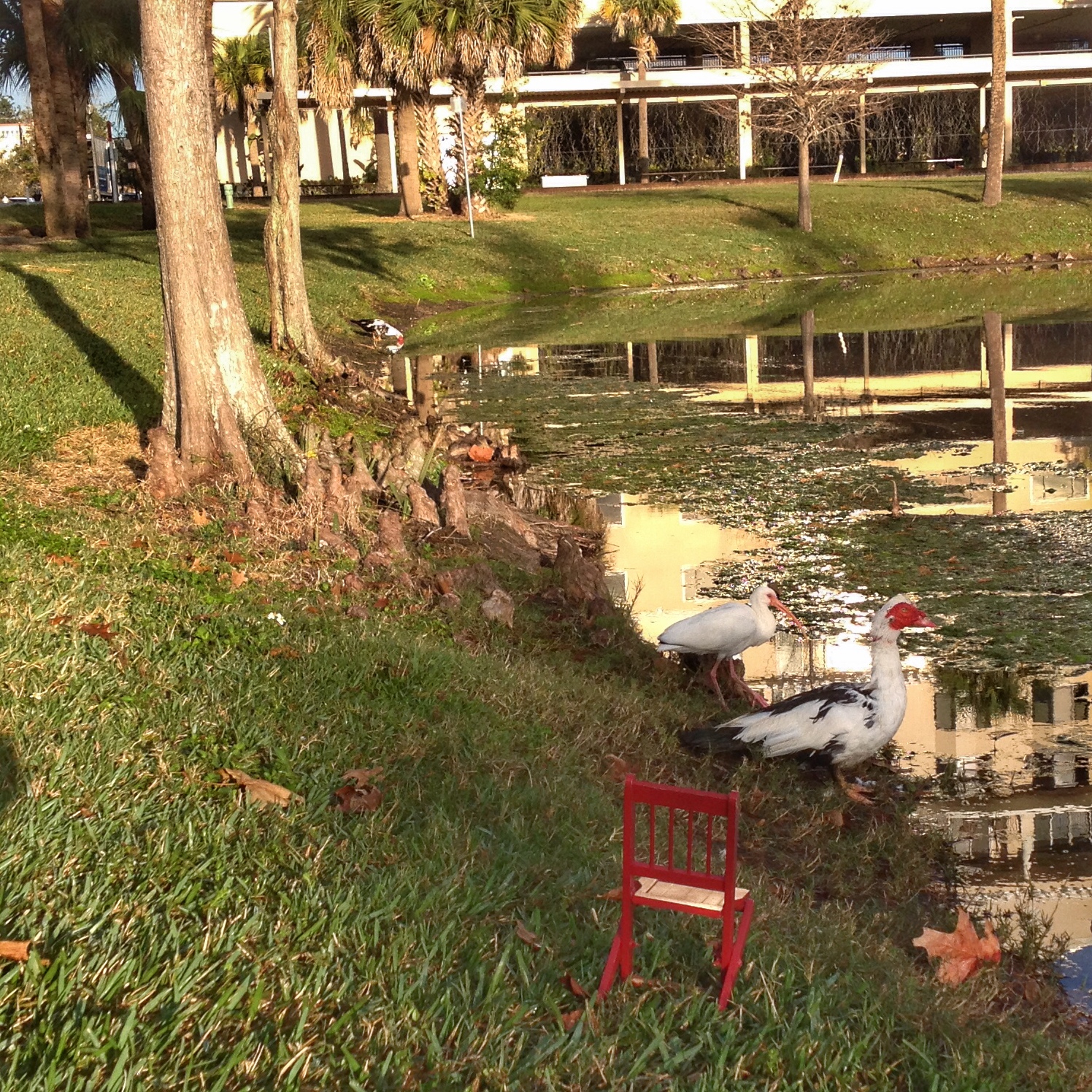 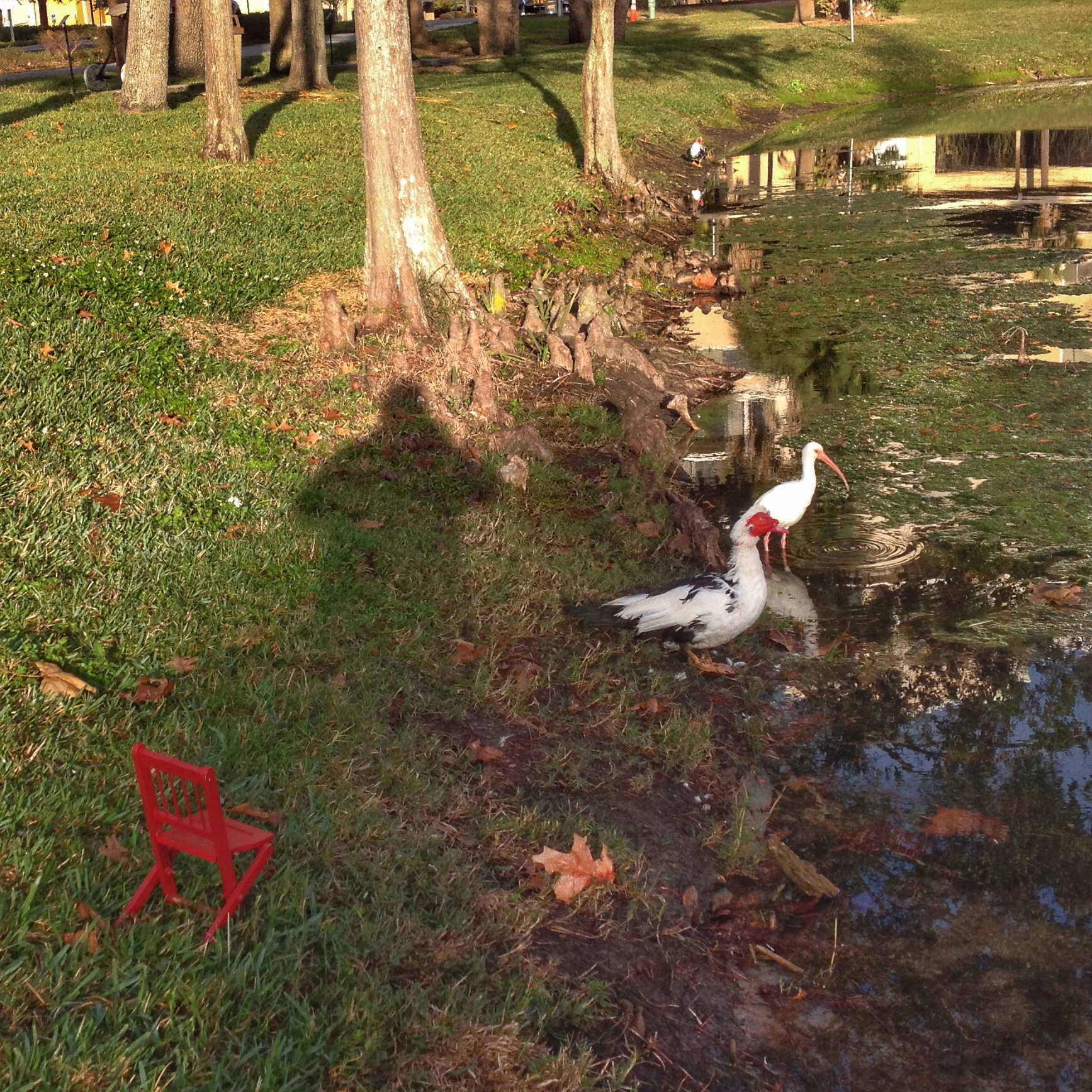 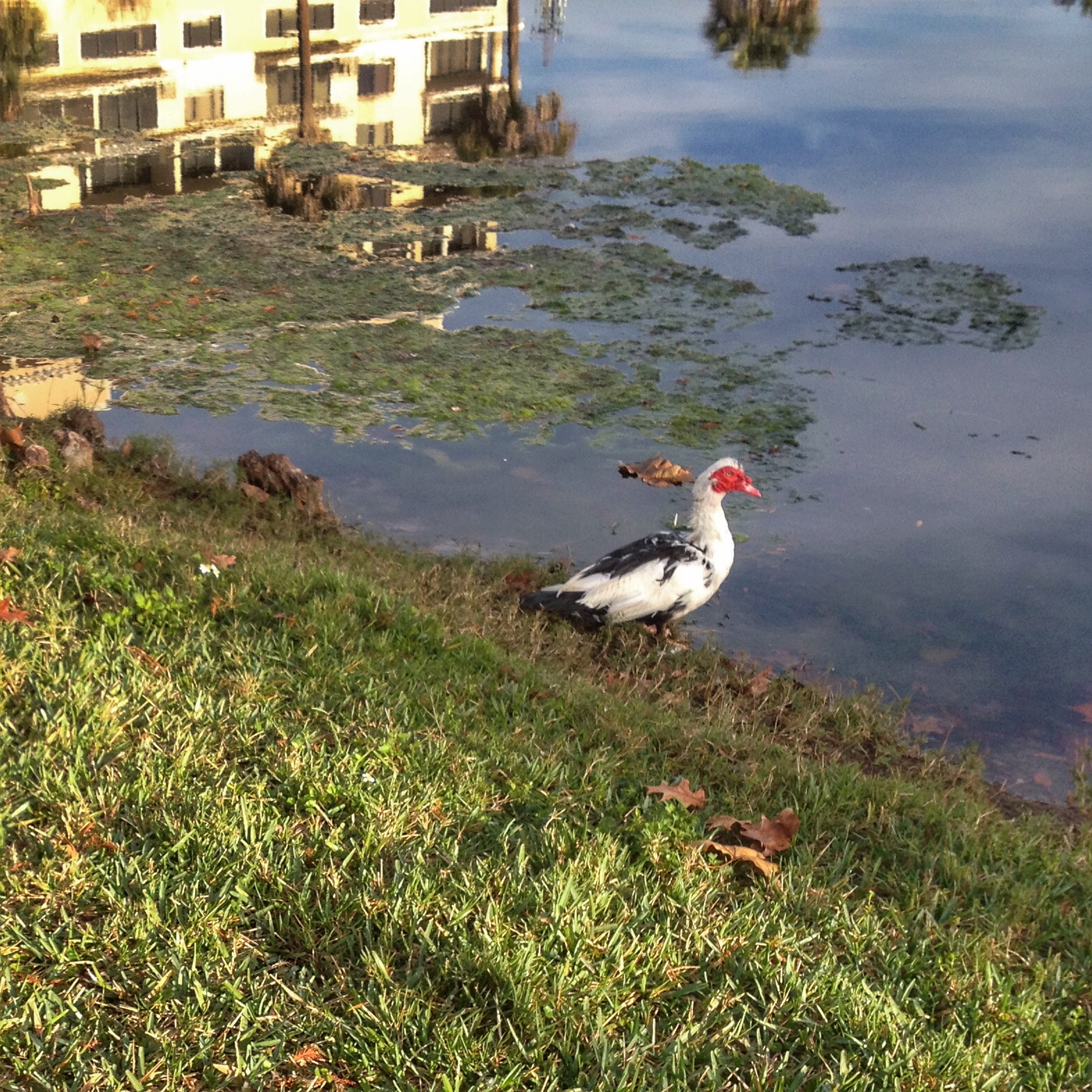