Bored in my motel room on the second night of the conference, I searched for something interesting to do in the morning before the booth opened. I found this. I invited several coworkers to join me. My sister and and a friend accepted.

After Pearl Harbor, Dr. Charles Bressler-Pettis of Kissimmee wanted to display his patriotism. He wrote to the governors of all 48 states and President Roosevelt, asking them to send rocks. They did. The good doctor added some rocks he’d collected himself and stacked them all in a pile, added some cement, topped it off with a globe, eagle and flag and ended up with this. 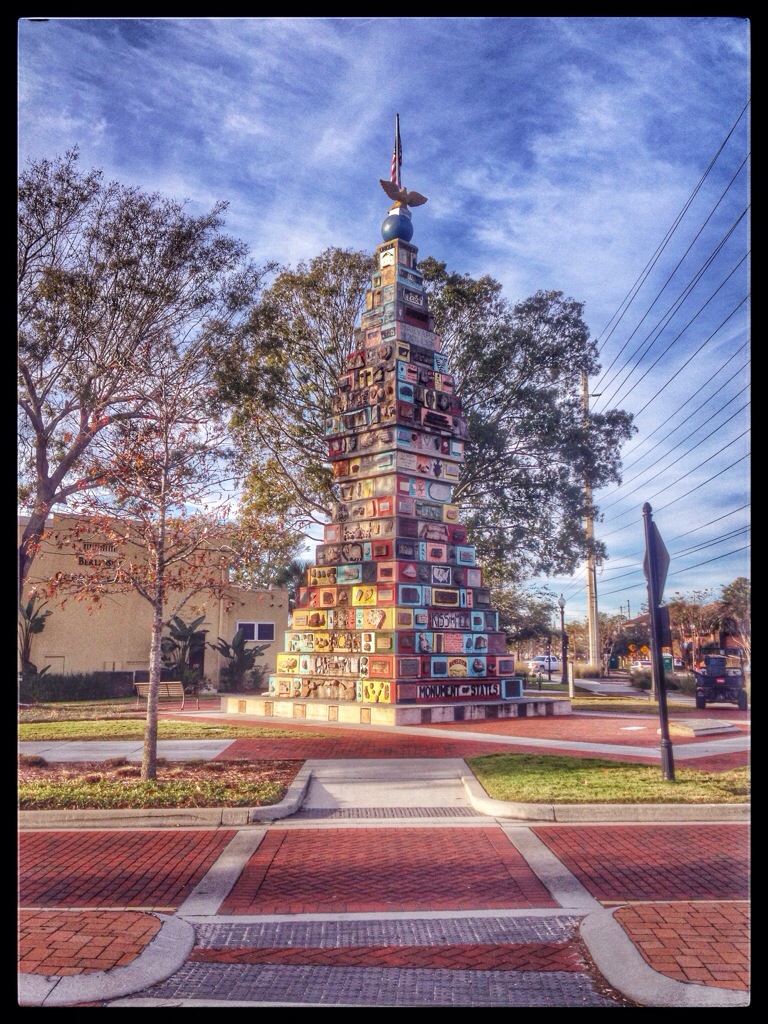 Around the tip, the monument proclaims itself to be the “World’s Most Unique Monument.” In this photo, on a light blue rectangle on the left, you can see two stones labeled “Fillow Foshey Meteors.” Four rows down, there’s a human skull. 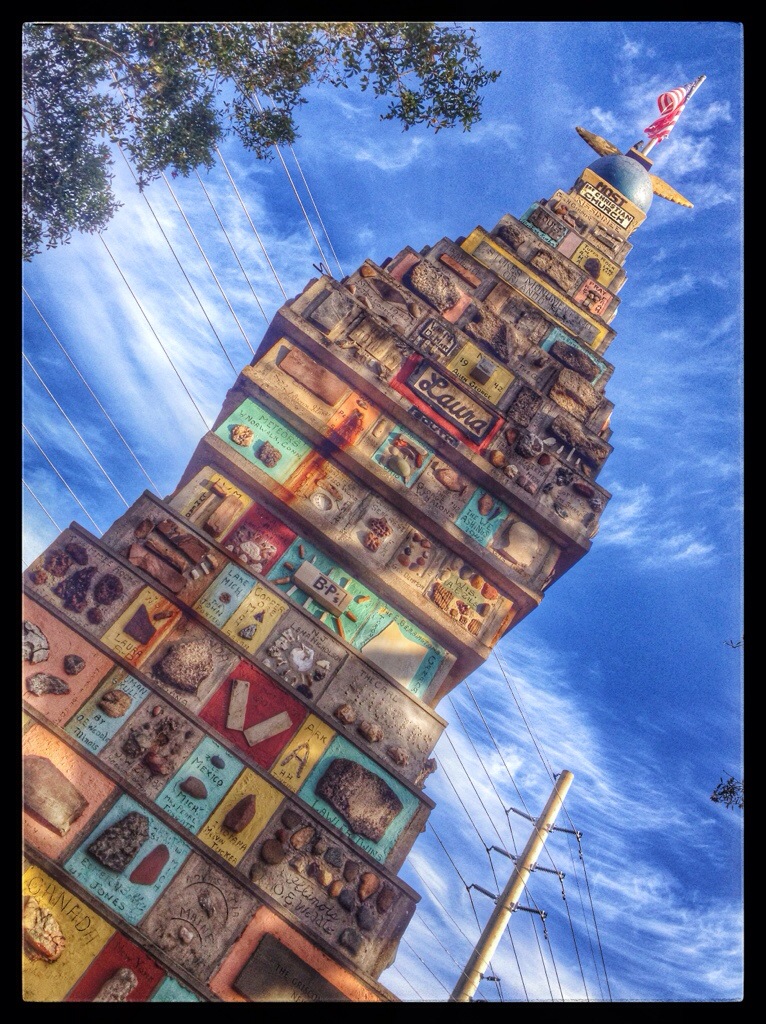 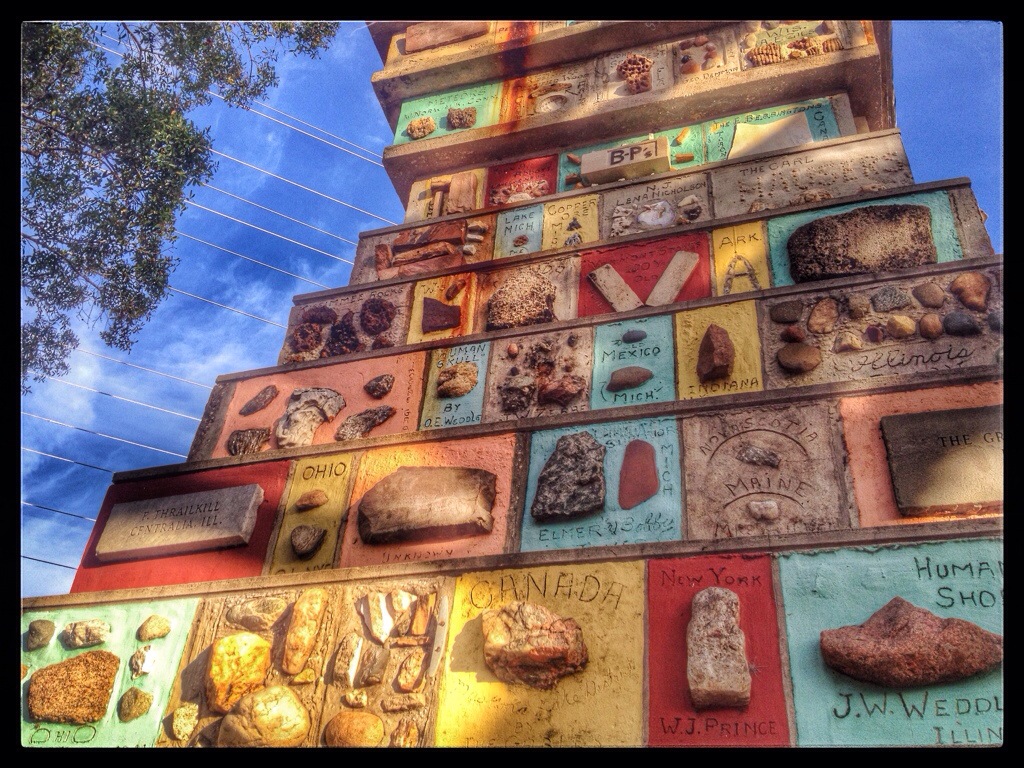 Over the years, more stones were added, including several from other countries. Which is weird, considering the purpose of the monument. 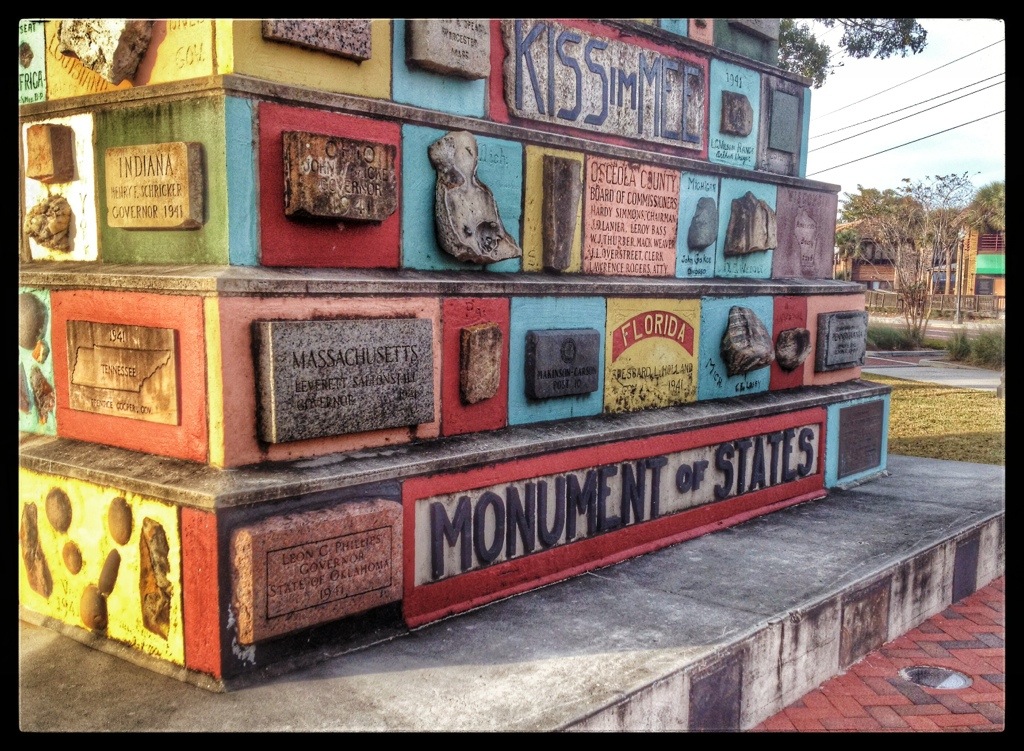 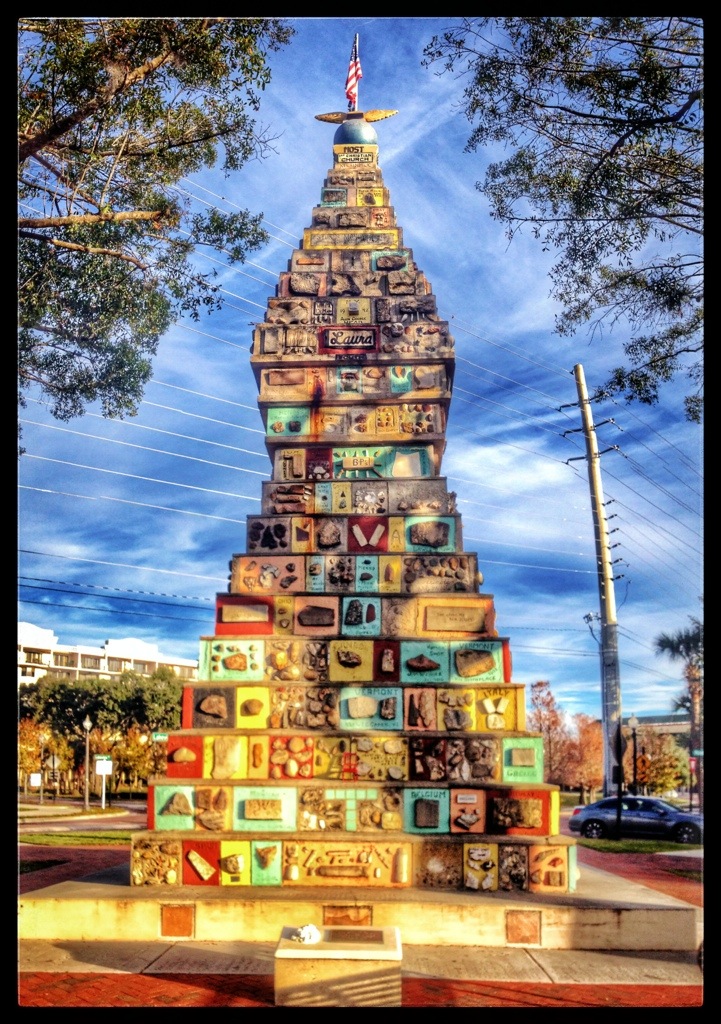 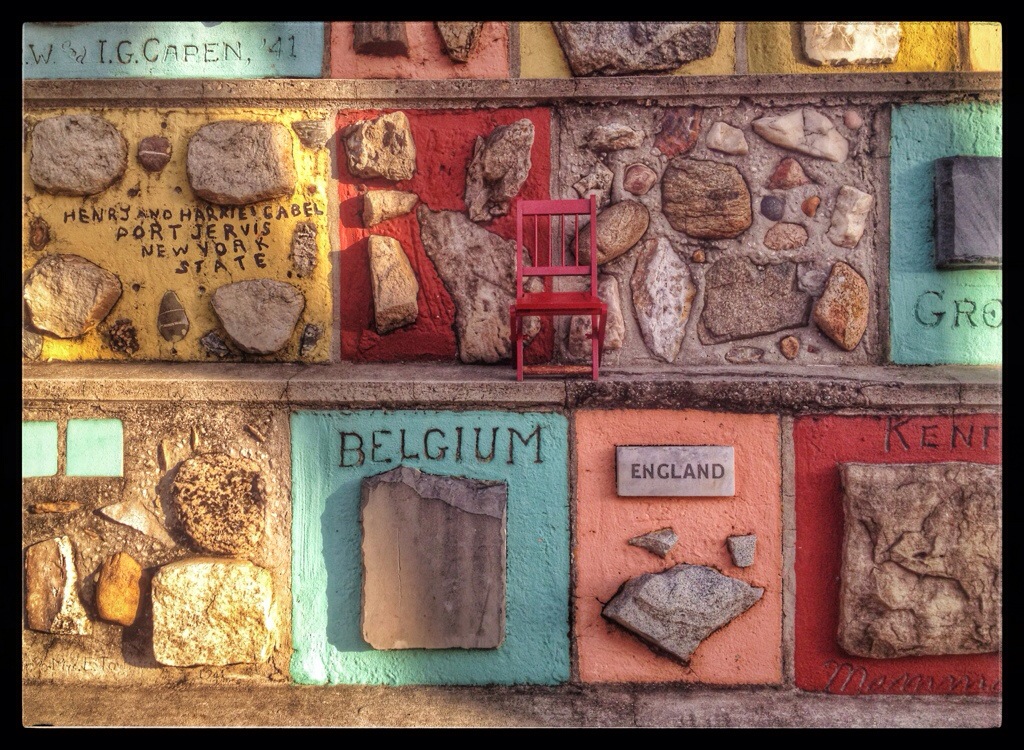 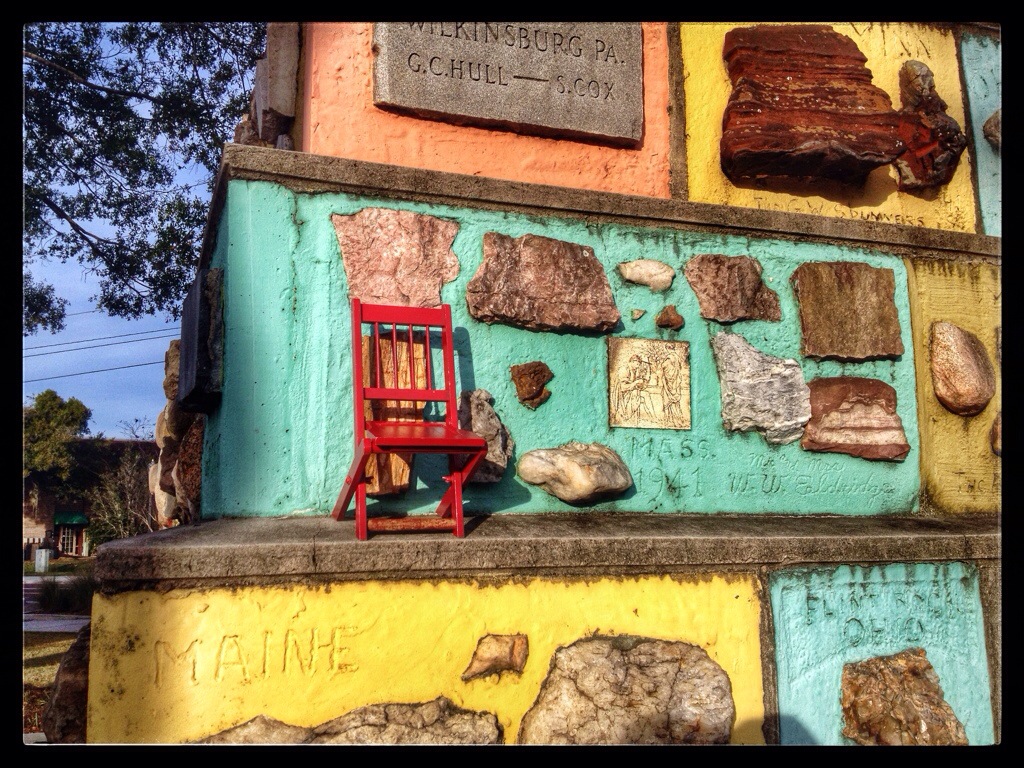 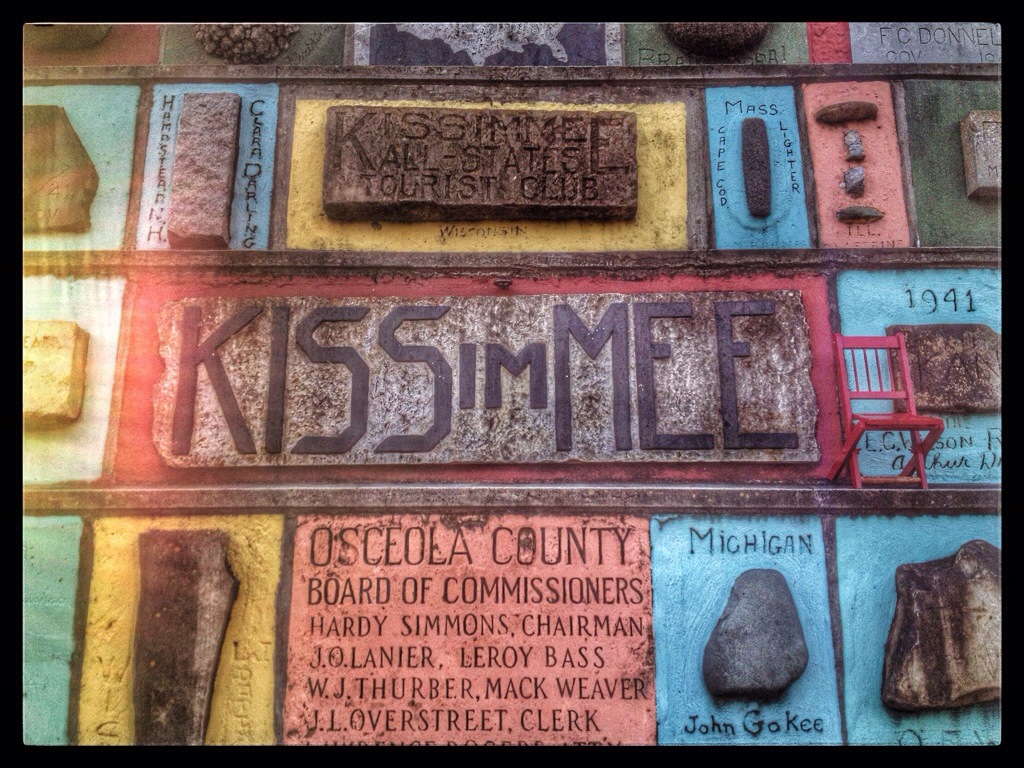 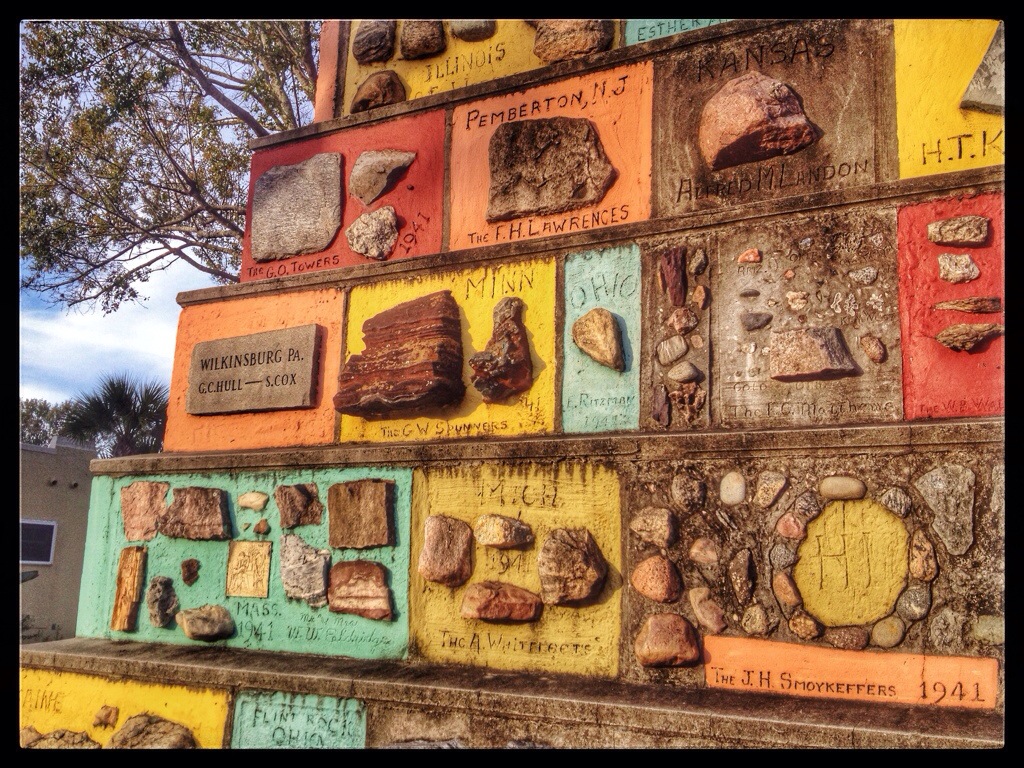 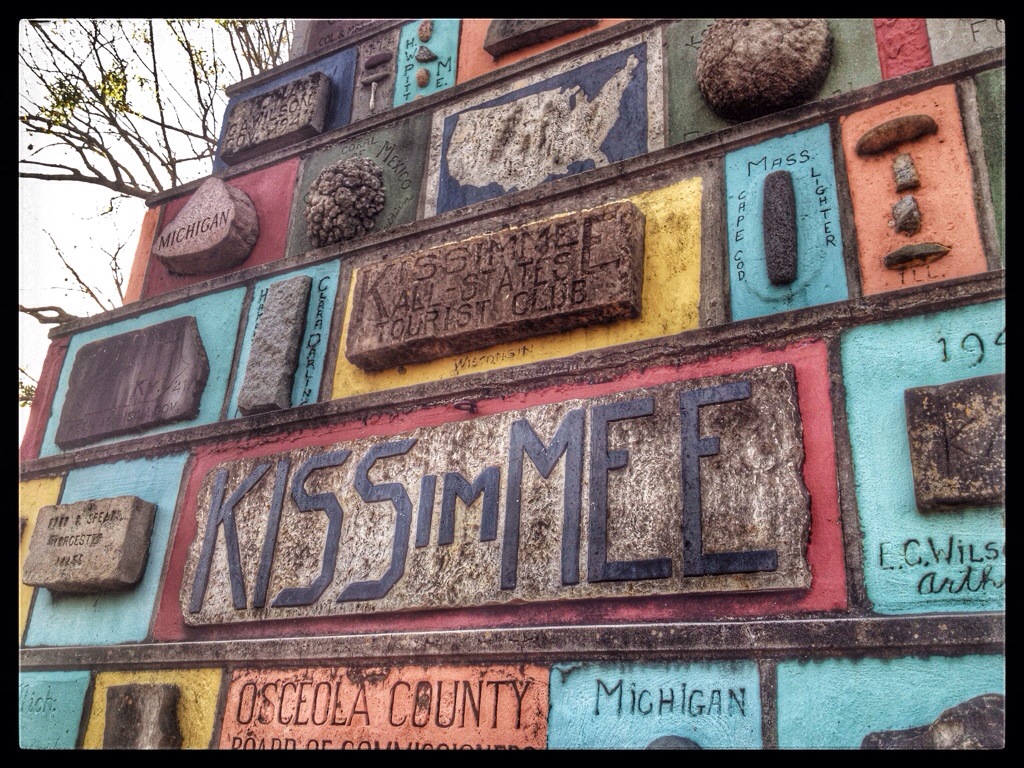 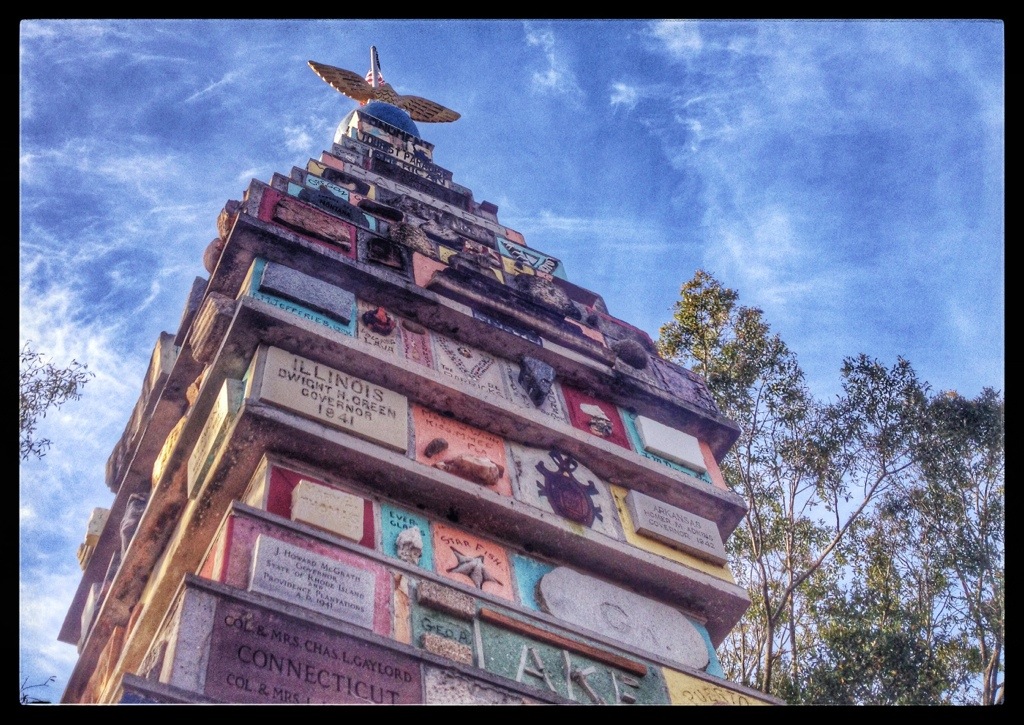 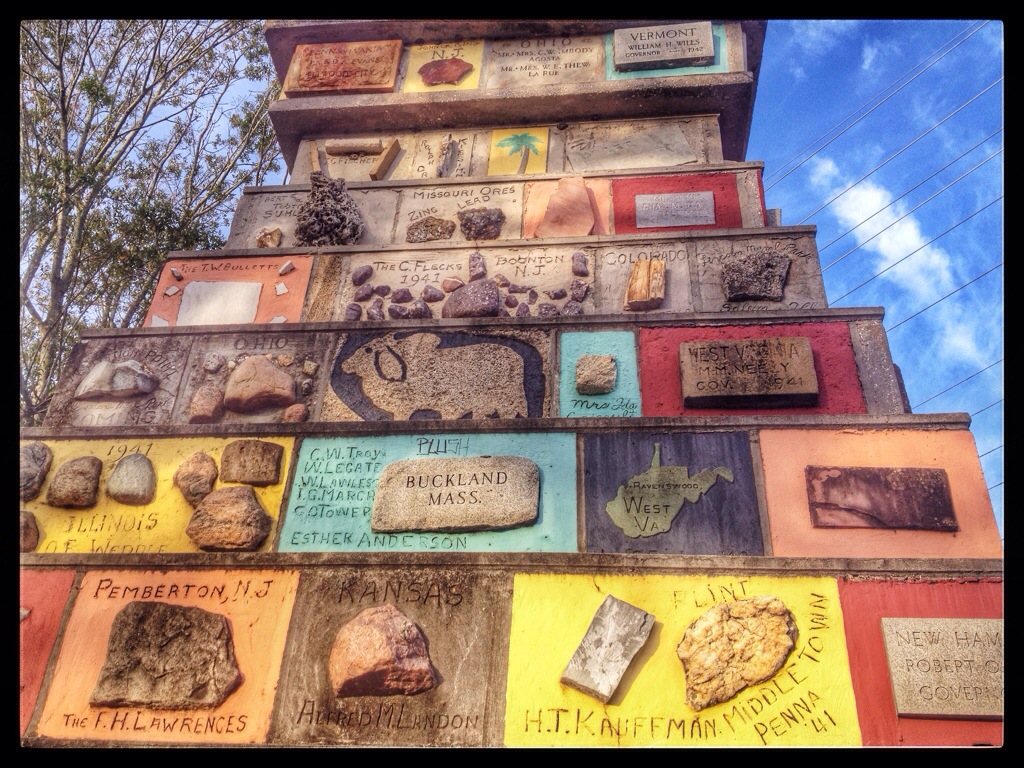 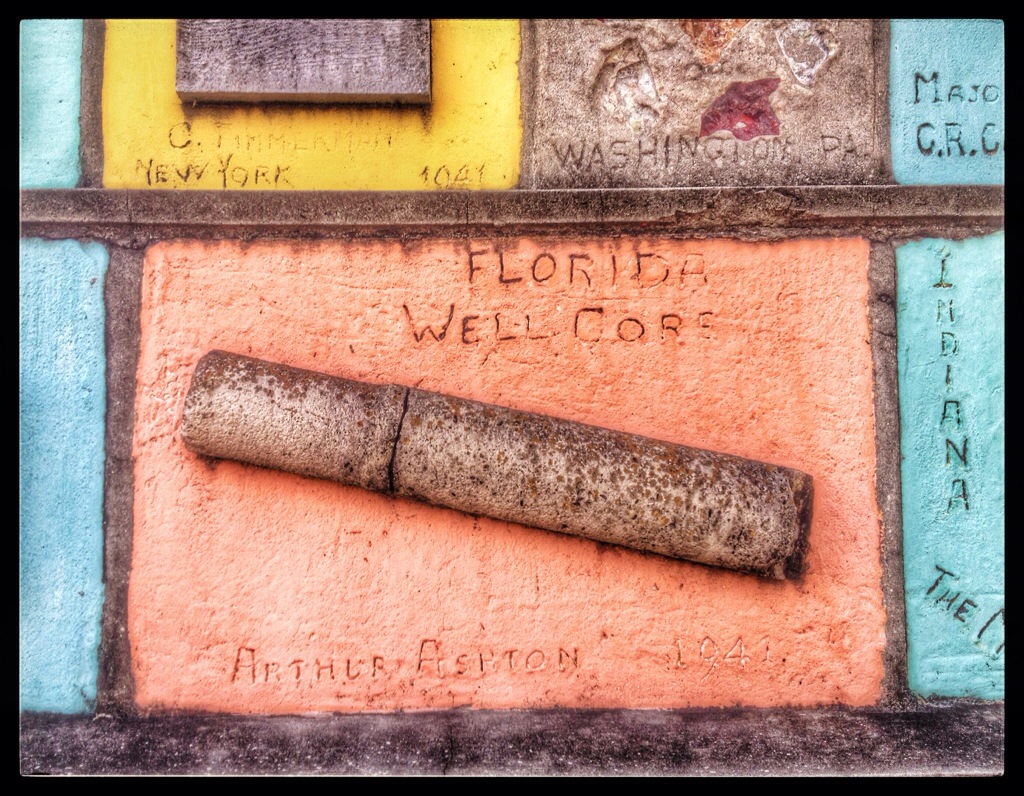 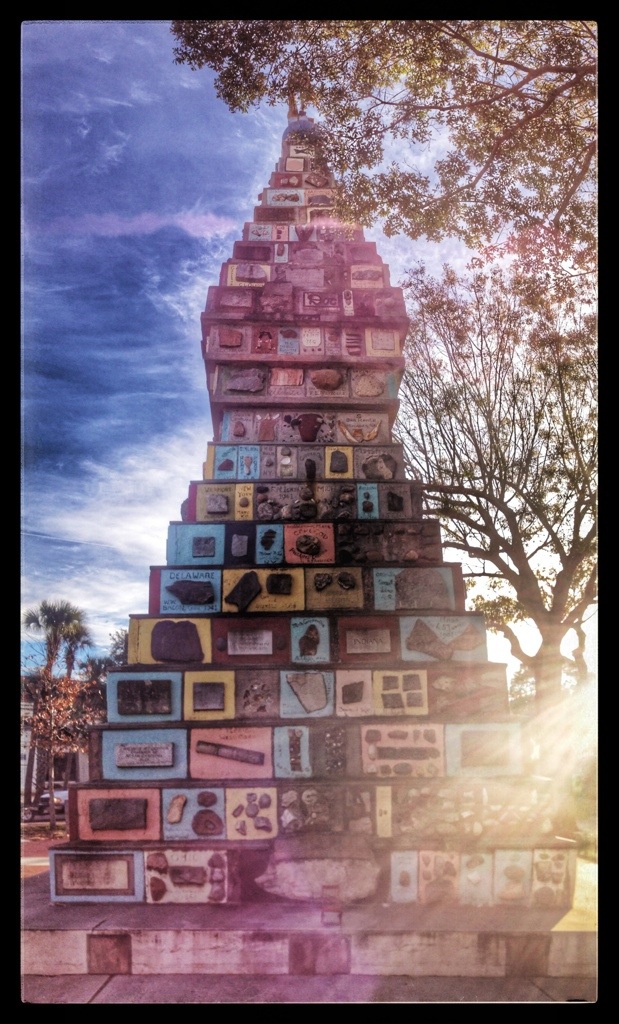 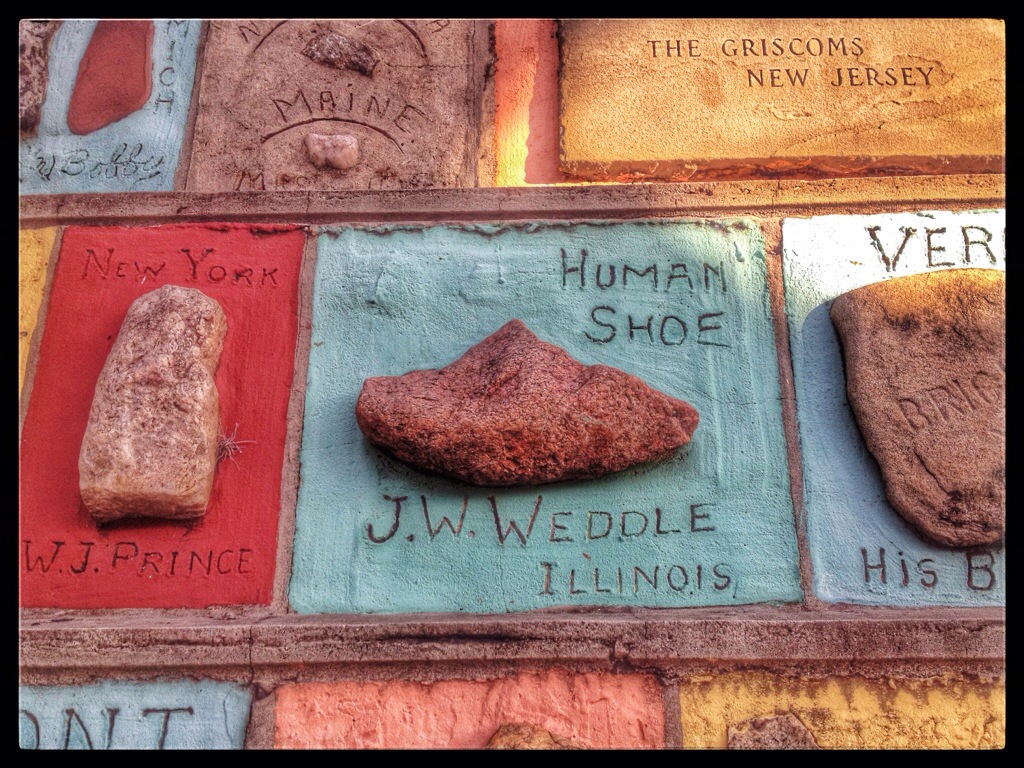 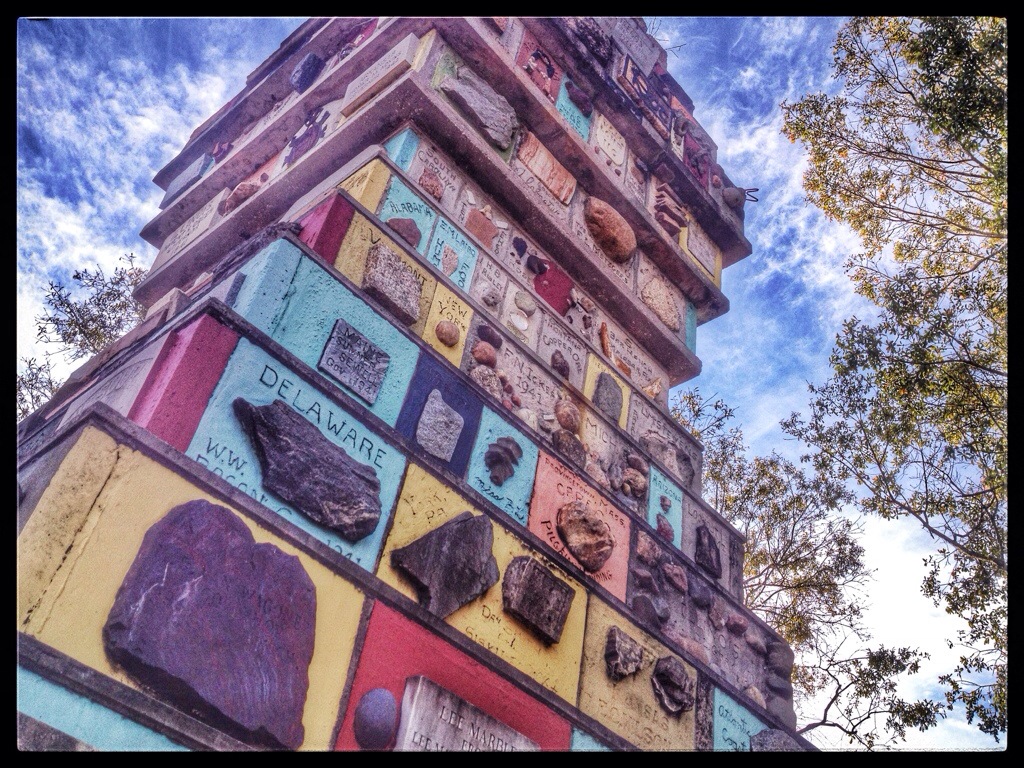 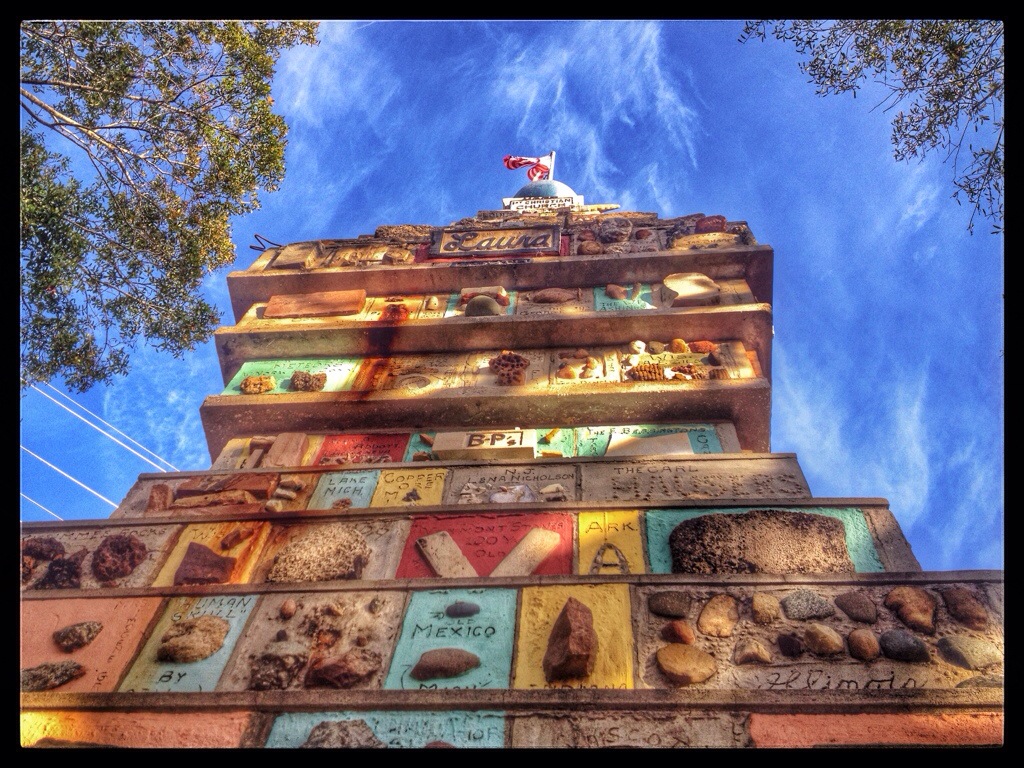 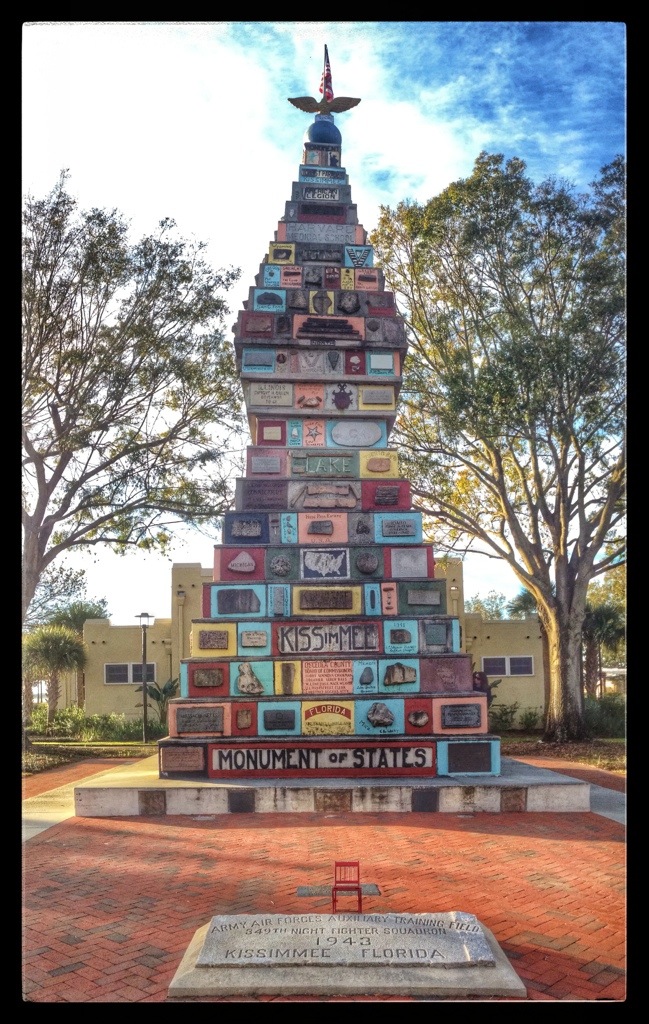 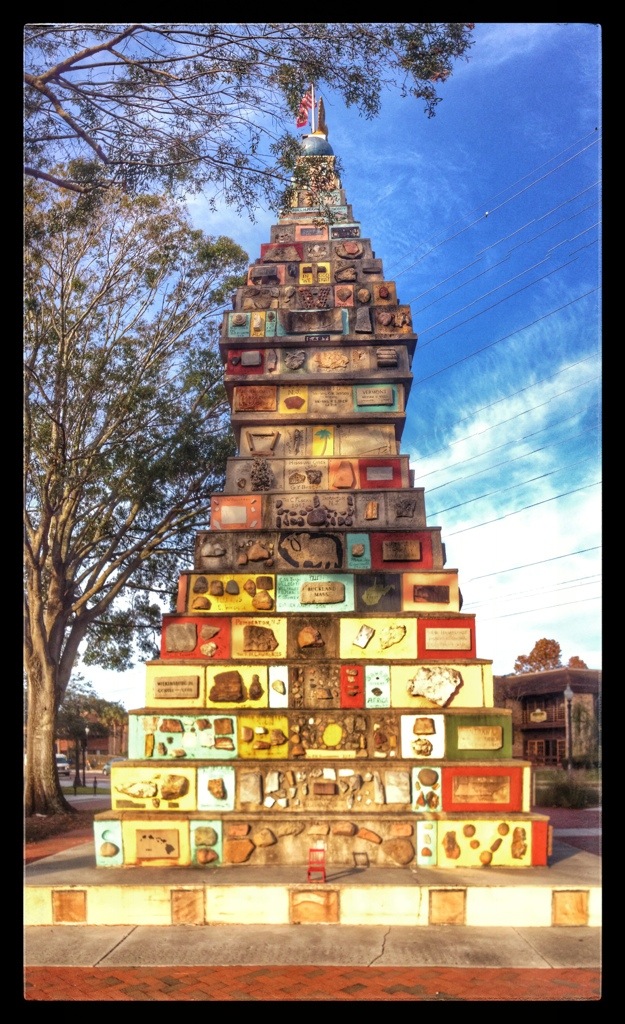 The monument was oddly fascinating, and became more so the more I looked at it. We hung around and took photos for probably 20 minutes.