This was about as easy as it gets. About a week ago, a Grace’s Warbler was discovered in a patch of ponderosa pine at Cheyenne Mountain State park, just south of Colorado Springs. It was reported repeatedly over the ensuing week, always in the same area. People were posting directions to the exact spot. Grace’s Warblers are fairly common in the mountains of Arizona and New Mexico, but rarely make it up into central Colorado.

We were looking for something to do on Memorial Day that didn’t involve fighting holiday traffic up into the mountains. We headed down in the morning and arrived before too many hikers and bikers filled the trails. We strolled about half a mile through scrub oak on the lower slopes of Cheyenne Mountain. When we got to the trail junction near where the bird had been seen, I pulled out my phone and played the song so my wife could help me listen for it. Immediately, we heard the bird itself in the nearby woods. 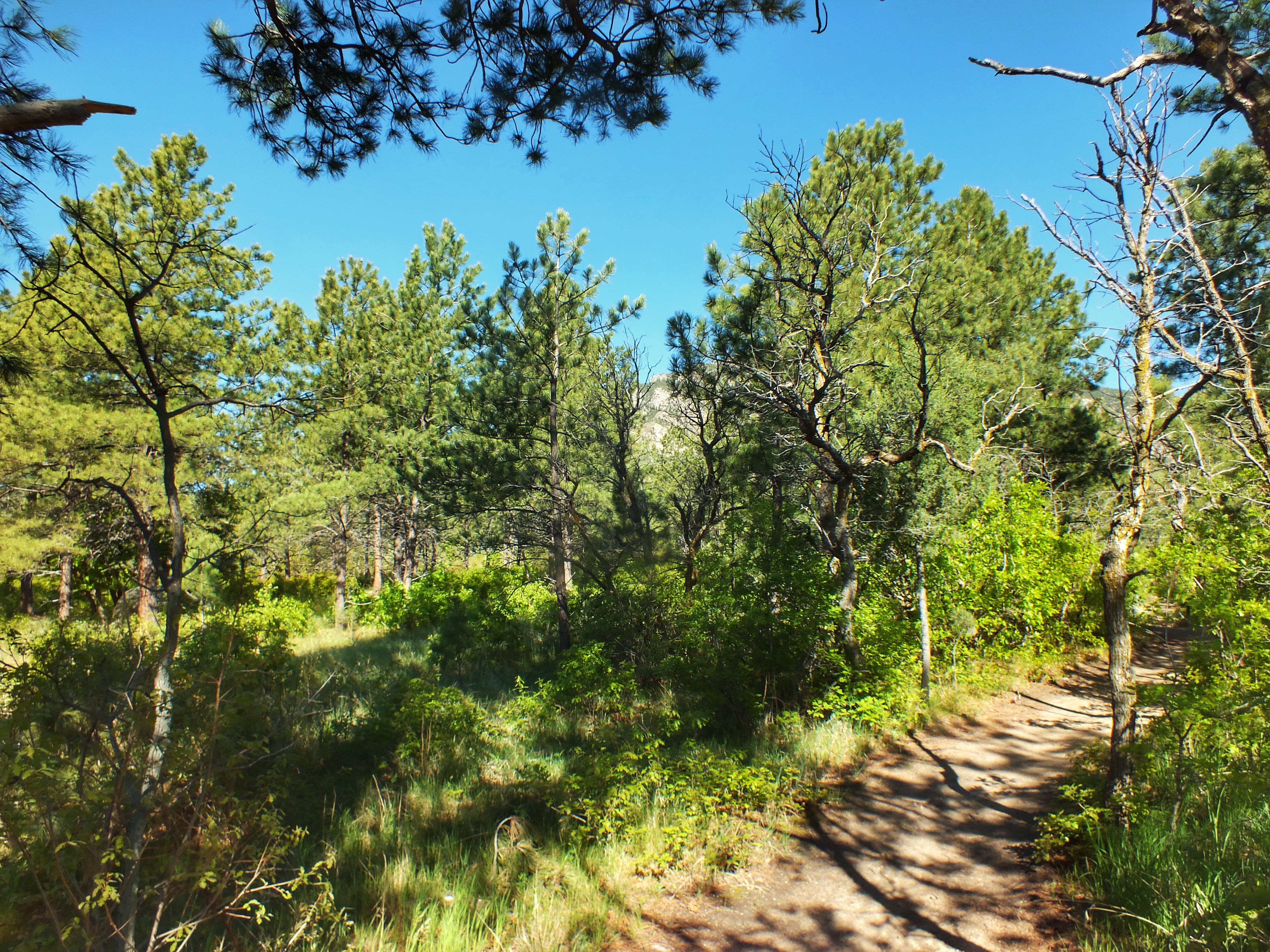 I walked off the trail and found it within a minute. It was moving rapidly branch-to-branch and tree-to-tree through the ponderosa pines, usually near the tips of the branches. 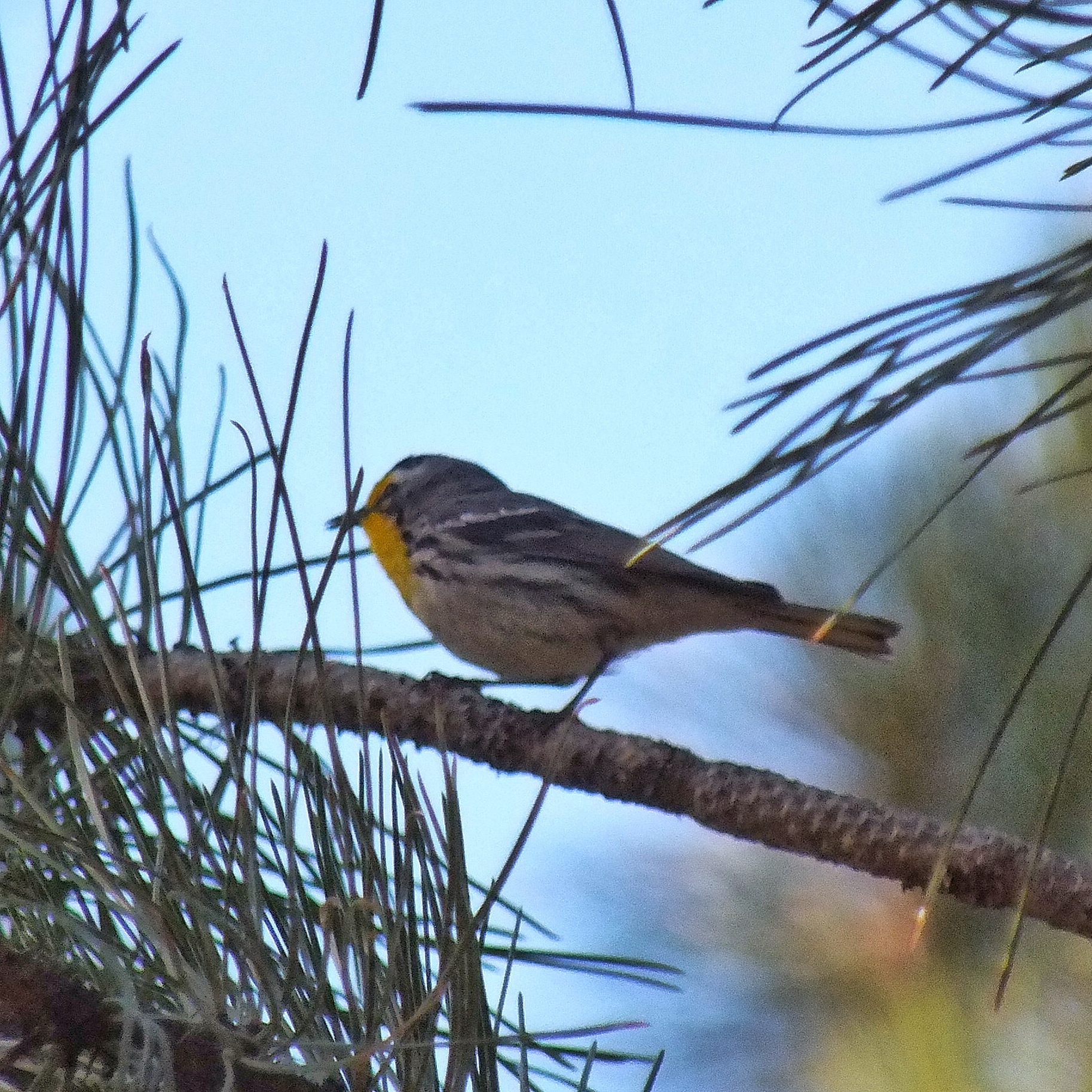 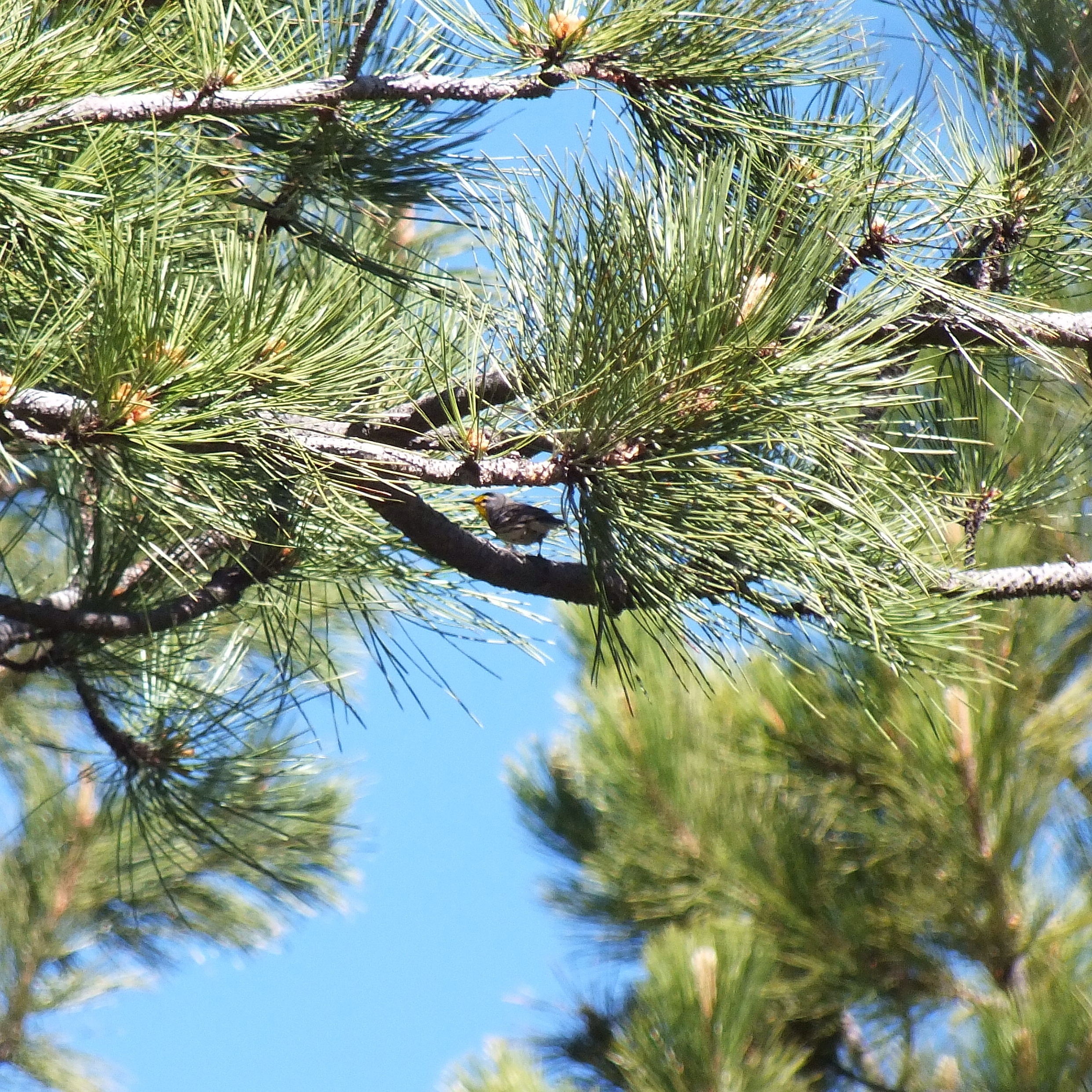 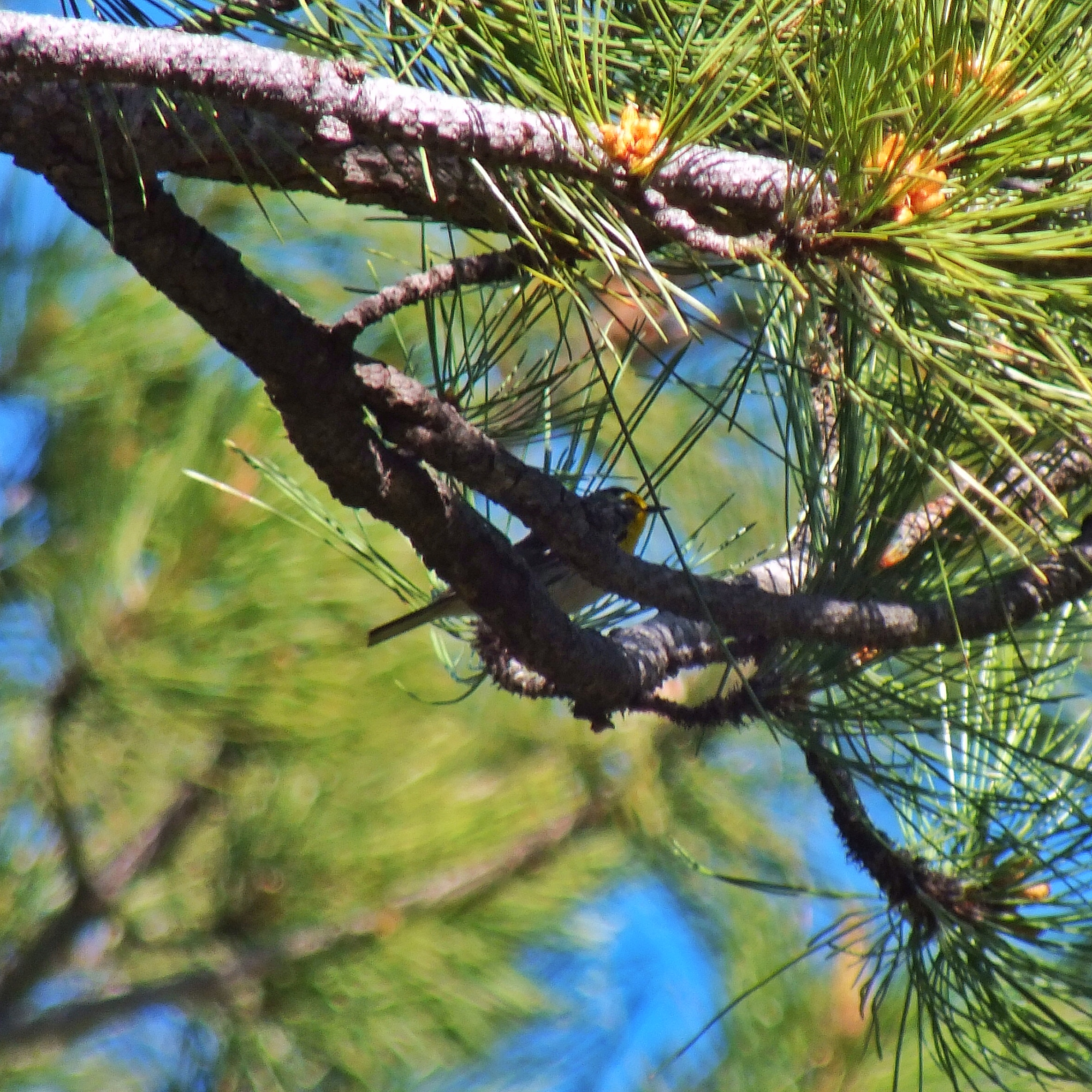 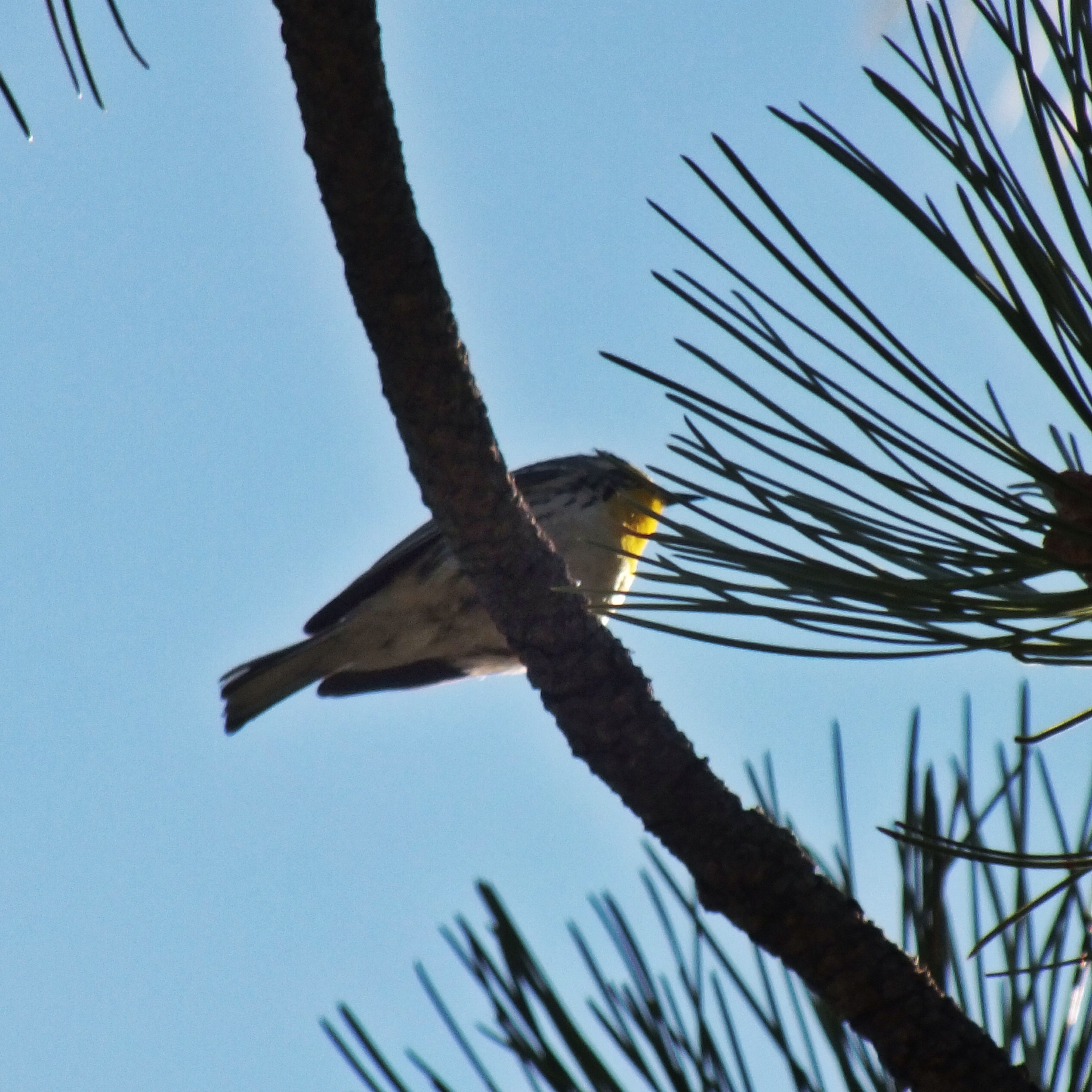 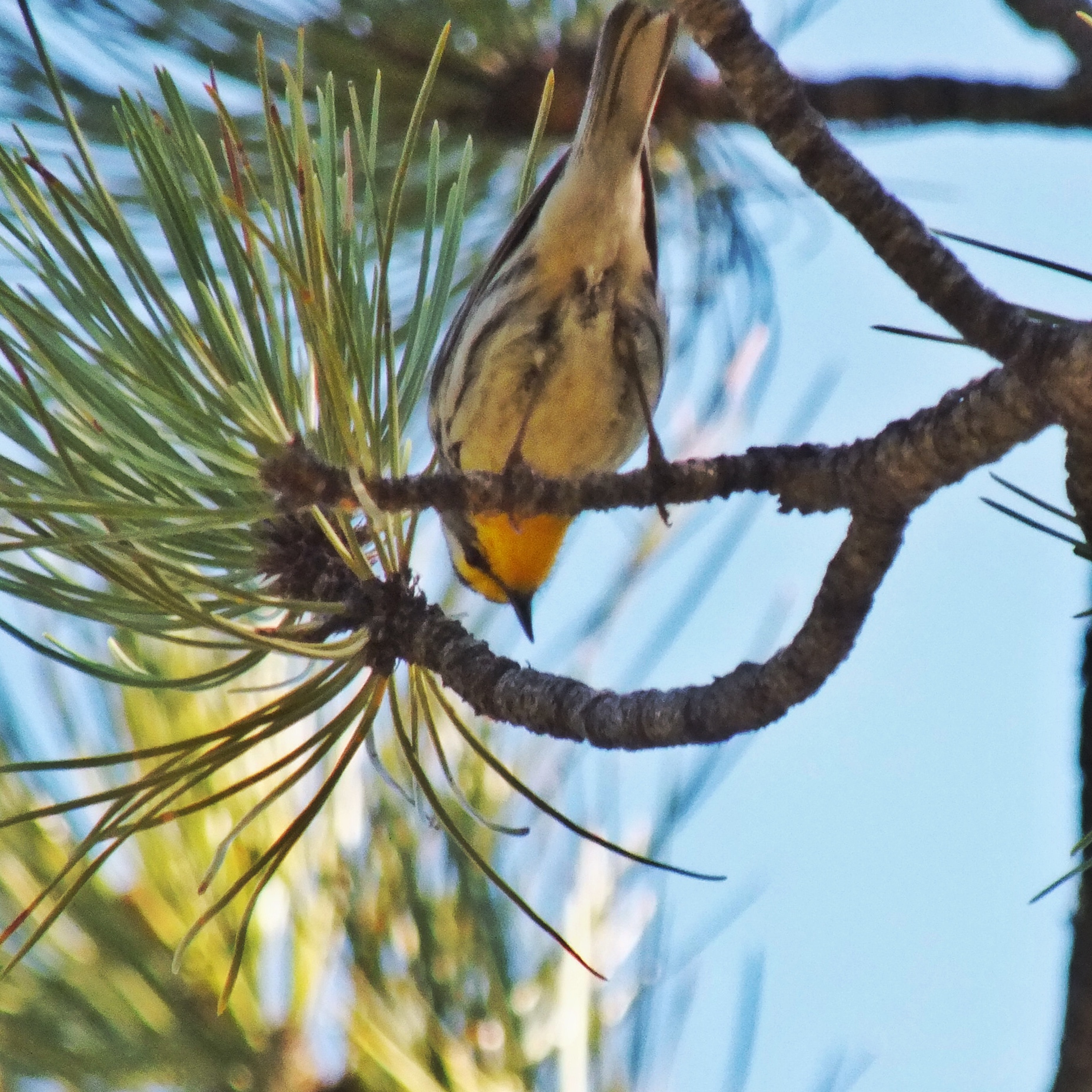 I followed it as it foraged through the trees and soon found myself back on the trail where my wife had waited. It spent a couple minutes in a pine directly above where she was standing. After maybe 10 minutes, it flew off and stopped singing.