When you drive south on Route 115 out of Colorado Springs, you pass a huge bug that stands on a hill next to the road. This is Herkimer, a giant West Indian Hercules Beetle built in the 1950’s to mark the turn-off for the May Natural History Museum. 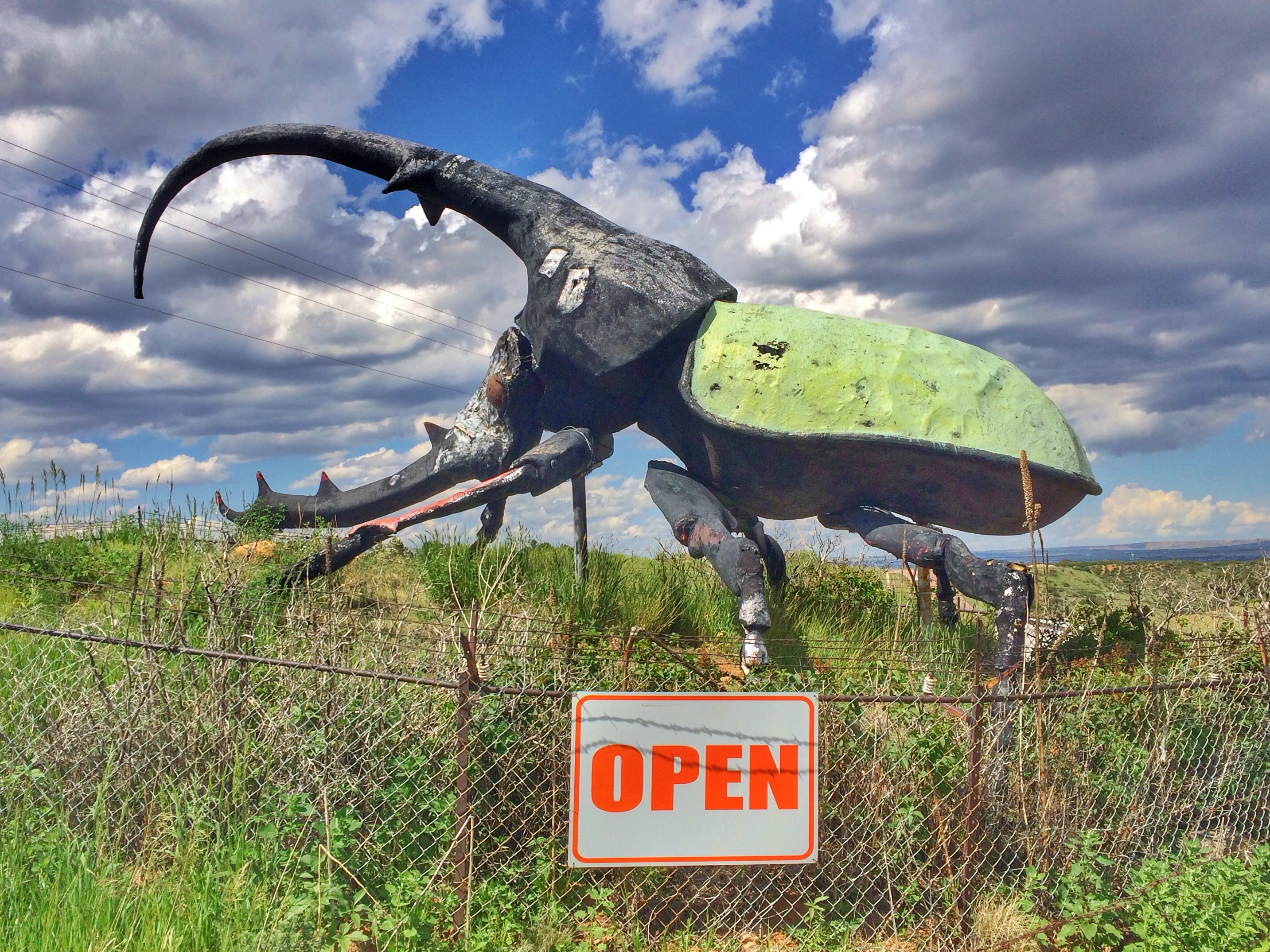 Herkimer and the collection was located for a time at Weeki Wachee Springs in Florida then brought back to Colorado. While in Florida, he starred in this postcard. The exhibit itself used to tour the country, appearing at state fairs and other attractions, sometimes in a truck and sometimes in a tent. 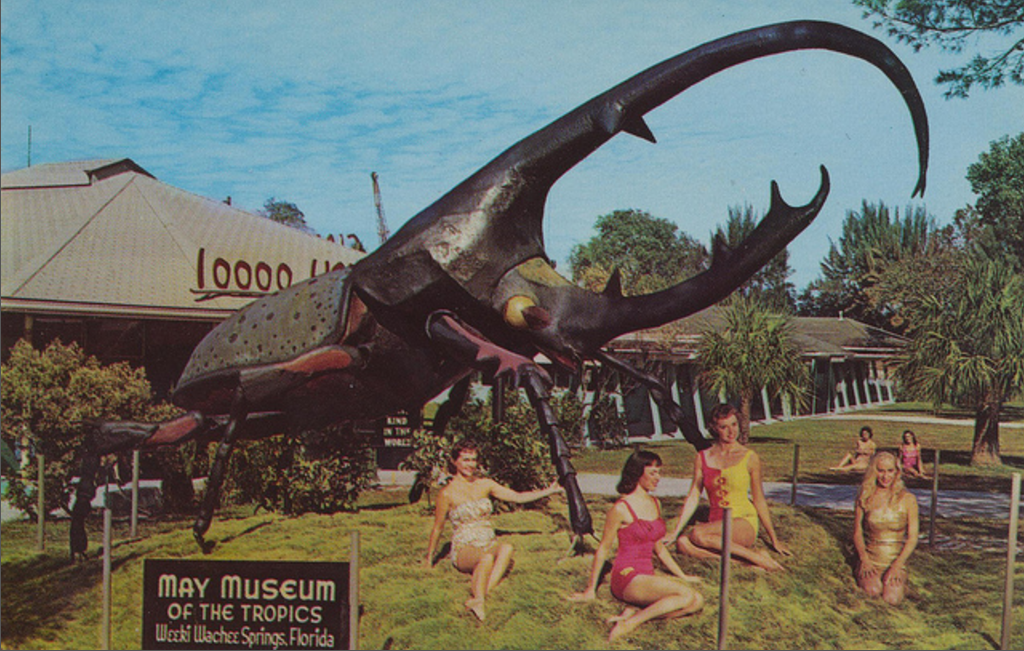 The museum wasn’t large or fancy. 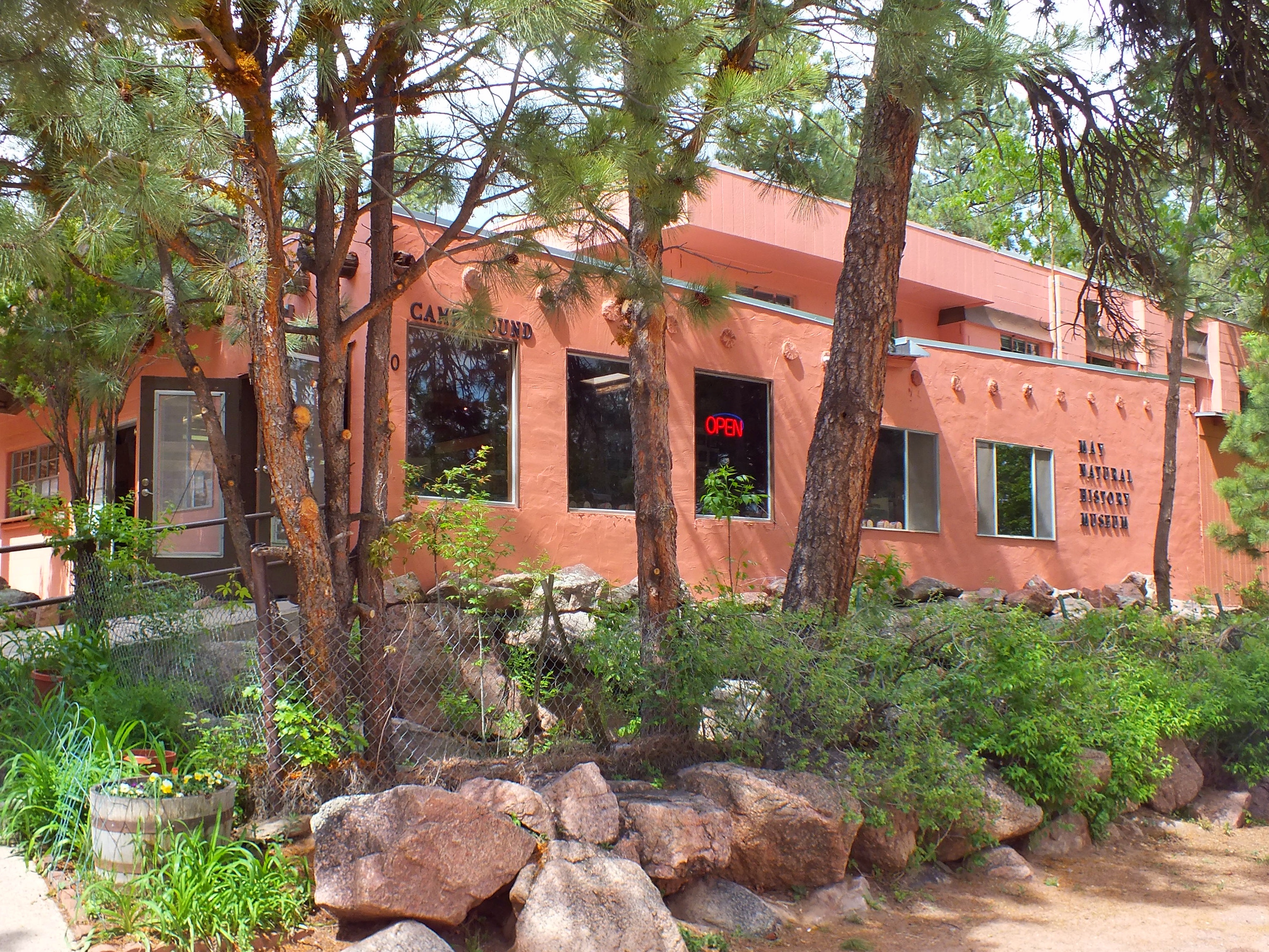 The exhibit space consisted of one room, with insect display boxes arranged to create narrow aisles that wound back and forth through the space. 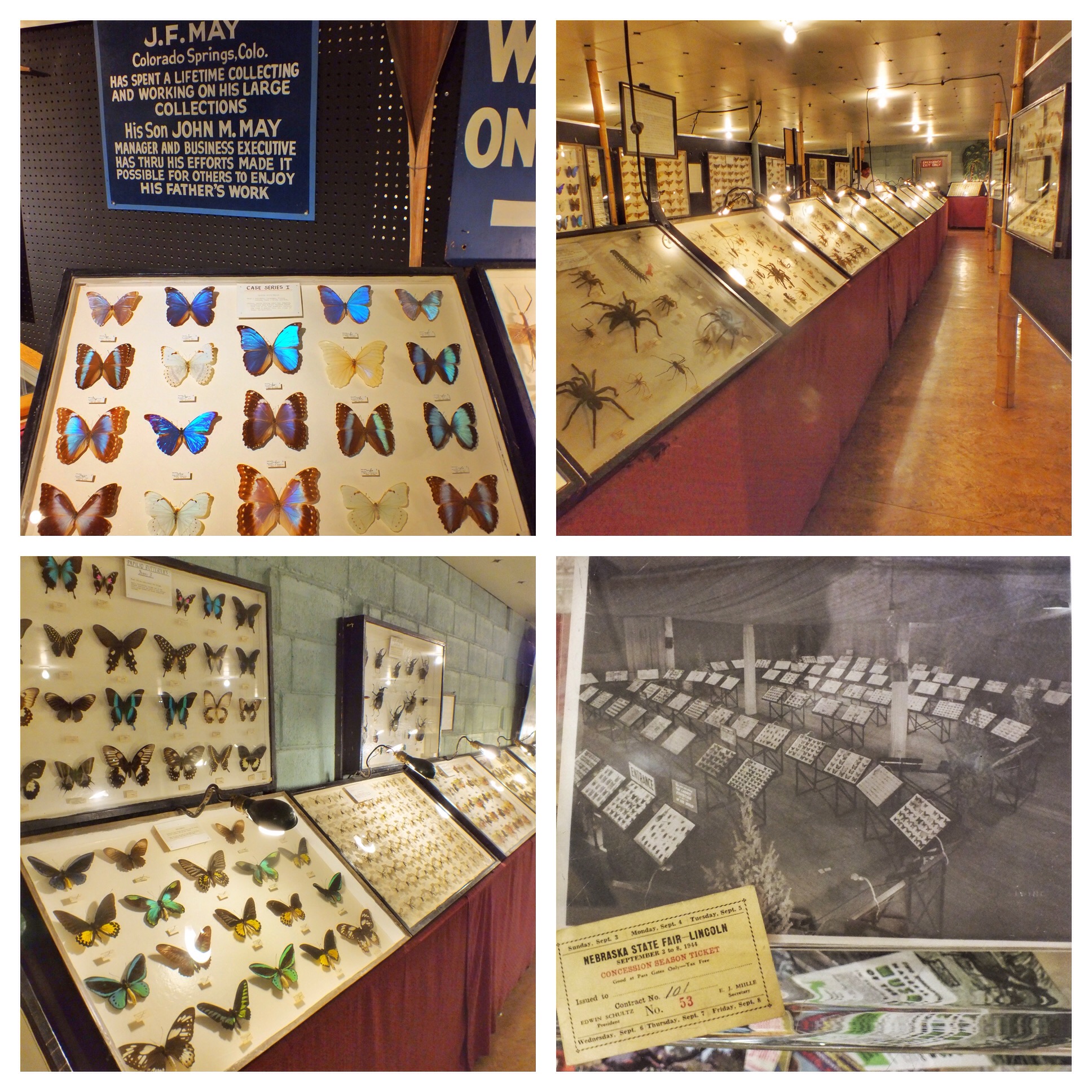 The emphasis was on glamorous and impressively-large bugs—iridescent butterflies, garishly-colored cicadas, giant beetles and so forth. Signage was hit or miss—sometimes informative, sometimes entertaining, sometimes nonexistent. 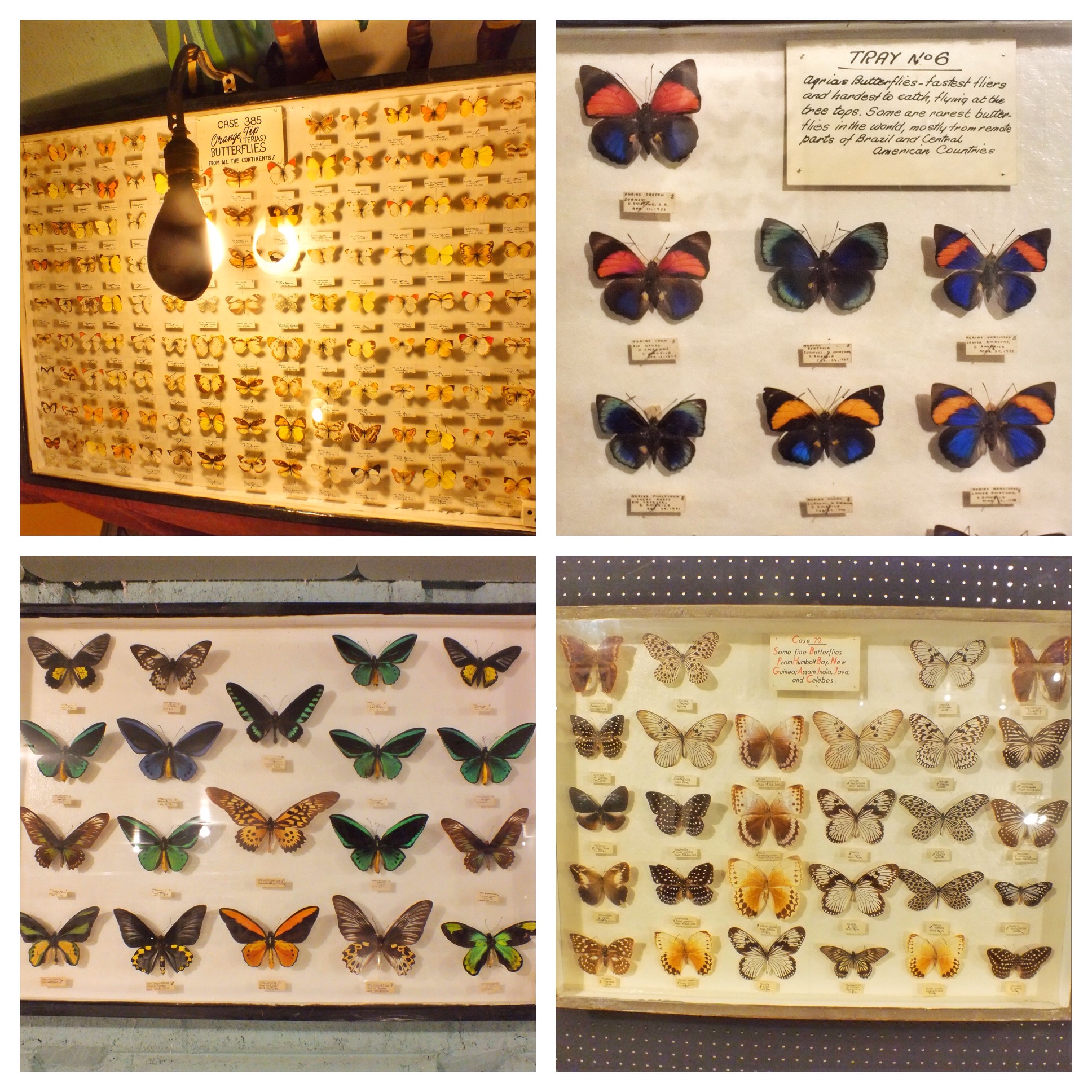 Each bug was labeled with a small piece of paper. The papers were all the same size, which can give you a sense of scale. They gave the Latin name and the place and date that insect was collected. The earliest we saw was 1906. 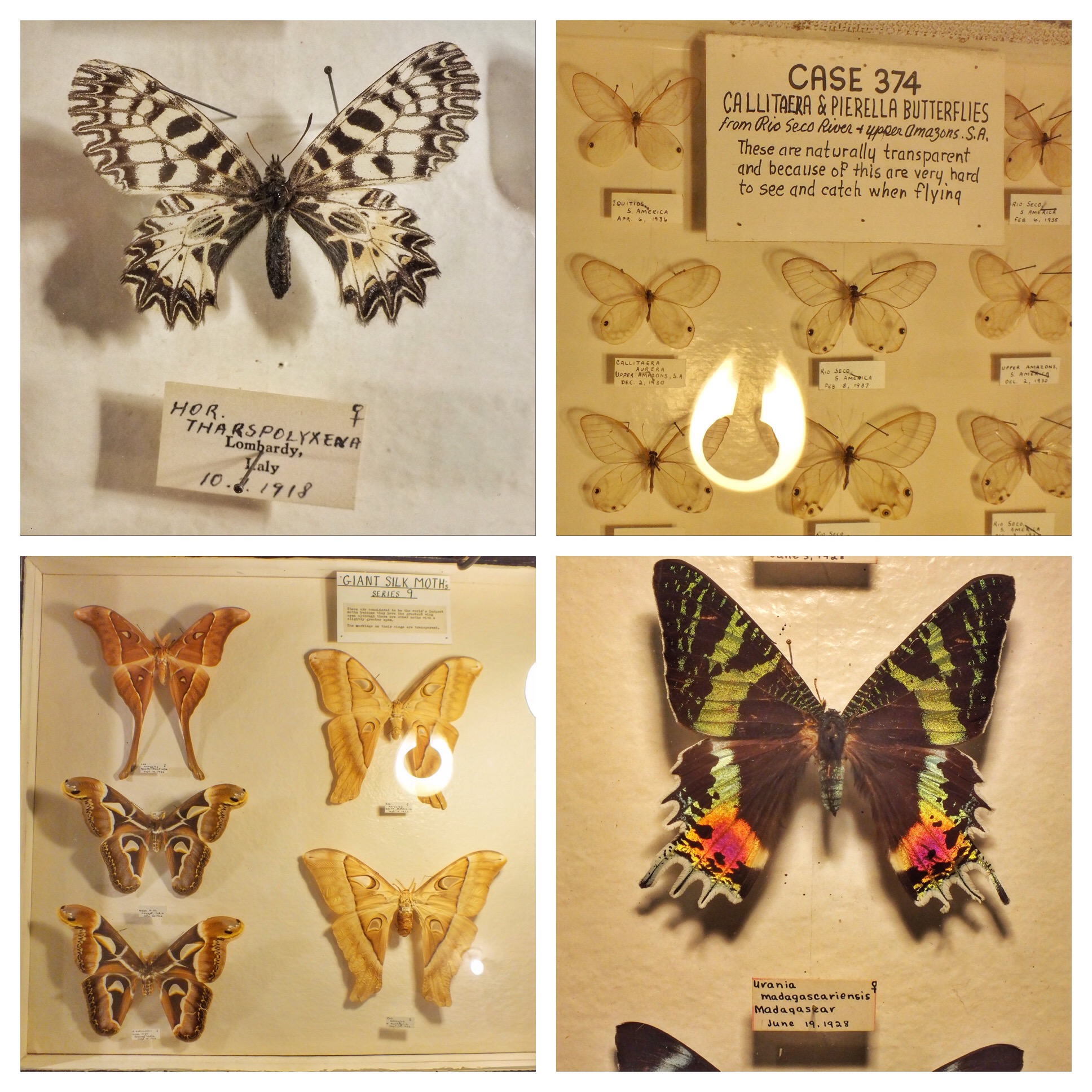 We learned that some butterflies live in treetops in rain forests where they are impossible to capture. They were collected by luring them to lower levels with a concoction that included whiskey. It made them drunk and easy to grab. There’s a moral lesson in there somewhere, or at least a sermon illustration. 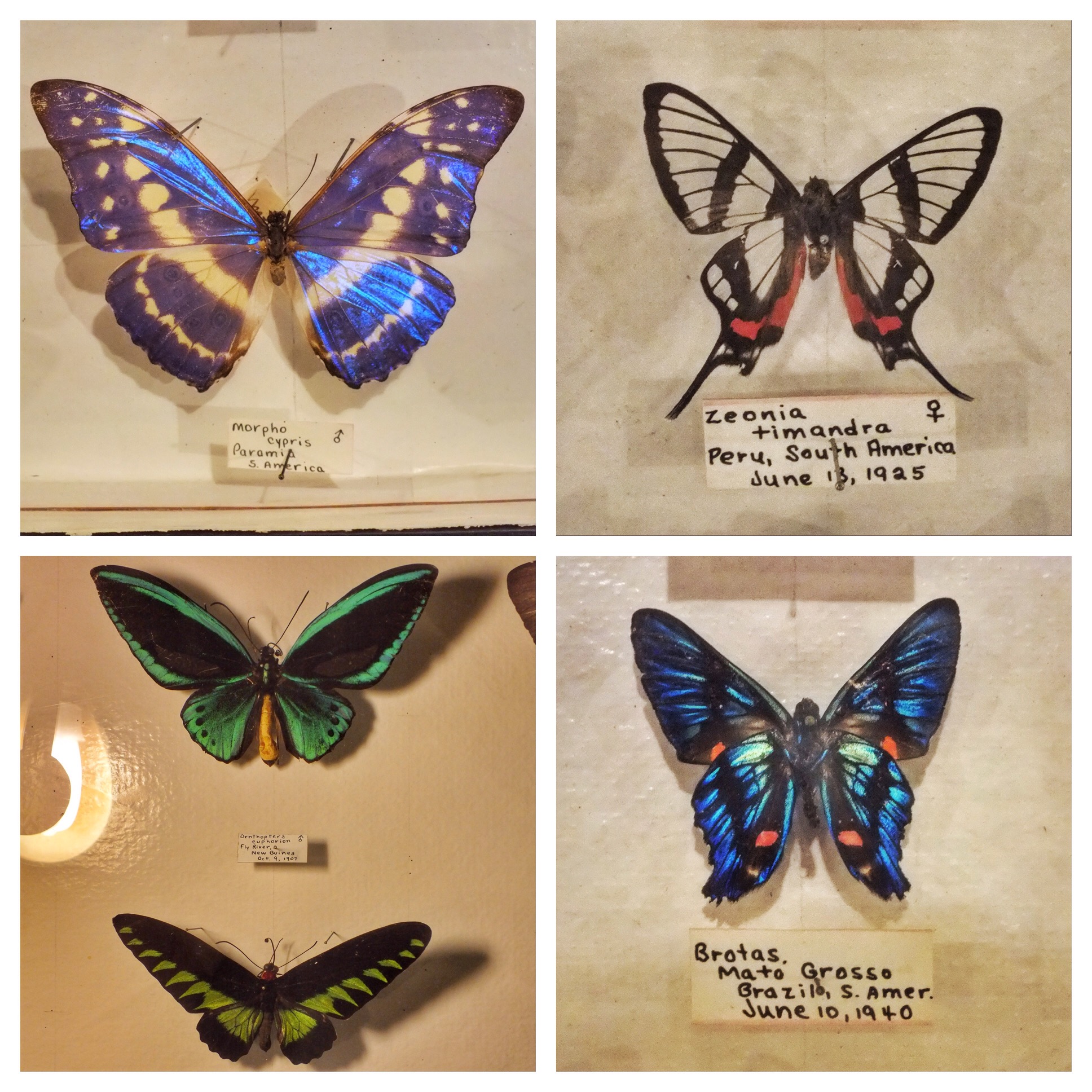 The large pink and yellow creature is a locust. They were captured by shooting them with shotguns filled with find sand. 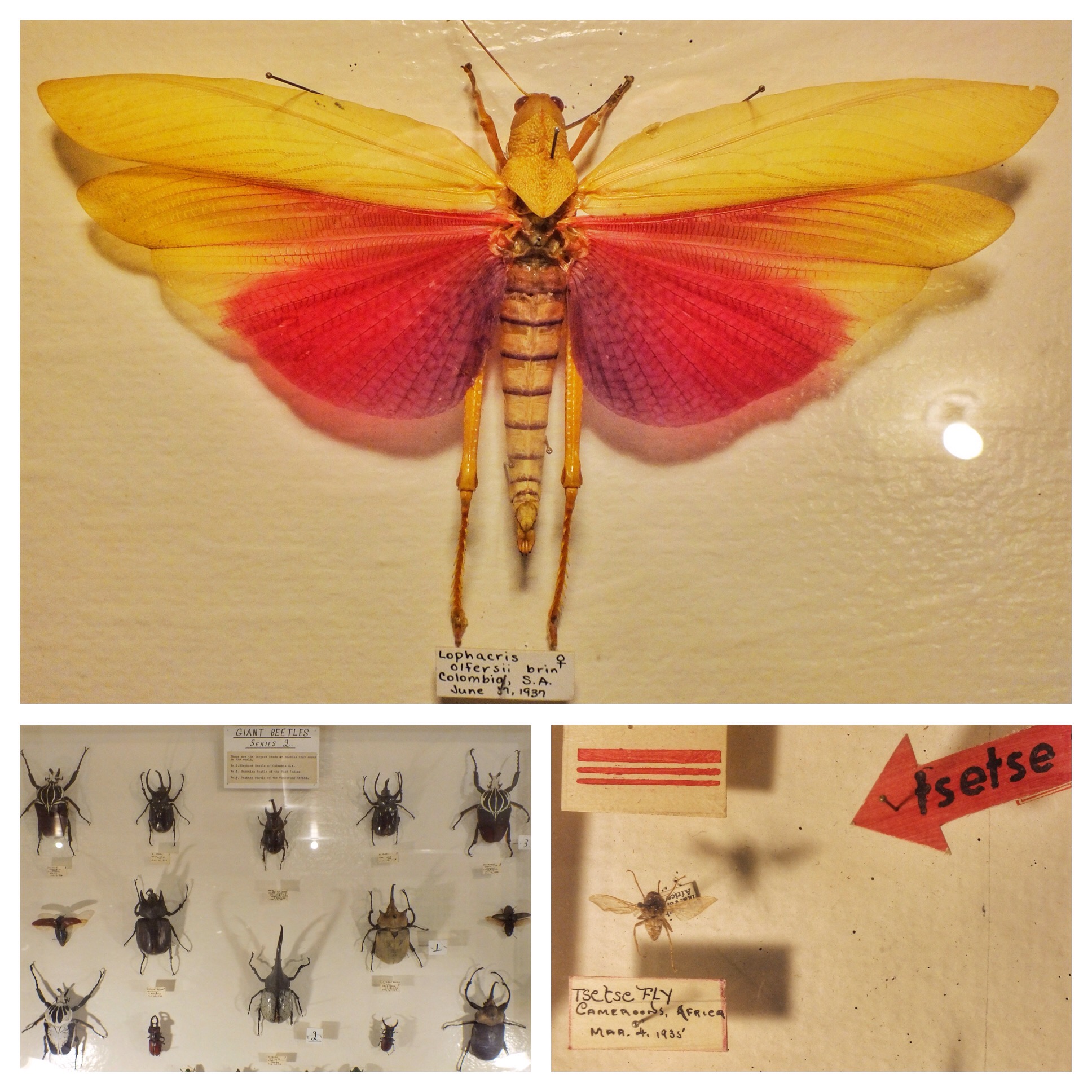 Another sign informed us that all of the giant beetles are capable of flight. Some of them can fly at 40 mph and, if there is a collision, knock a person down and cause considerable injury. The big one on the right below (and in the center of the display in the picture above) is a Hercules beetle (like Herkimer). 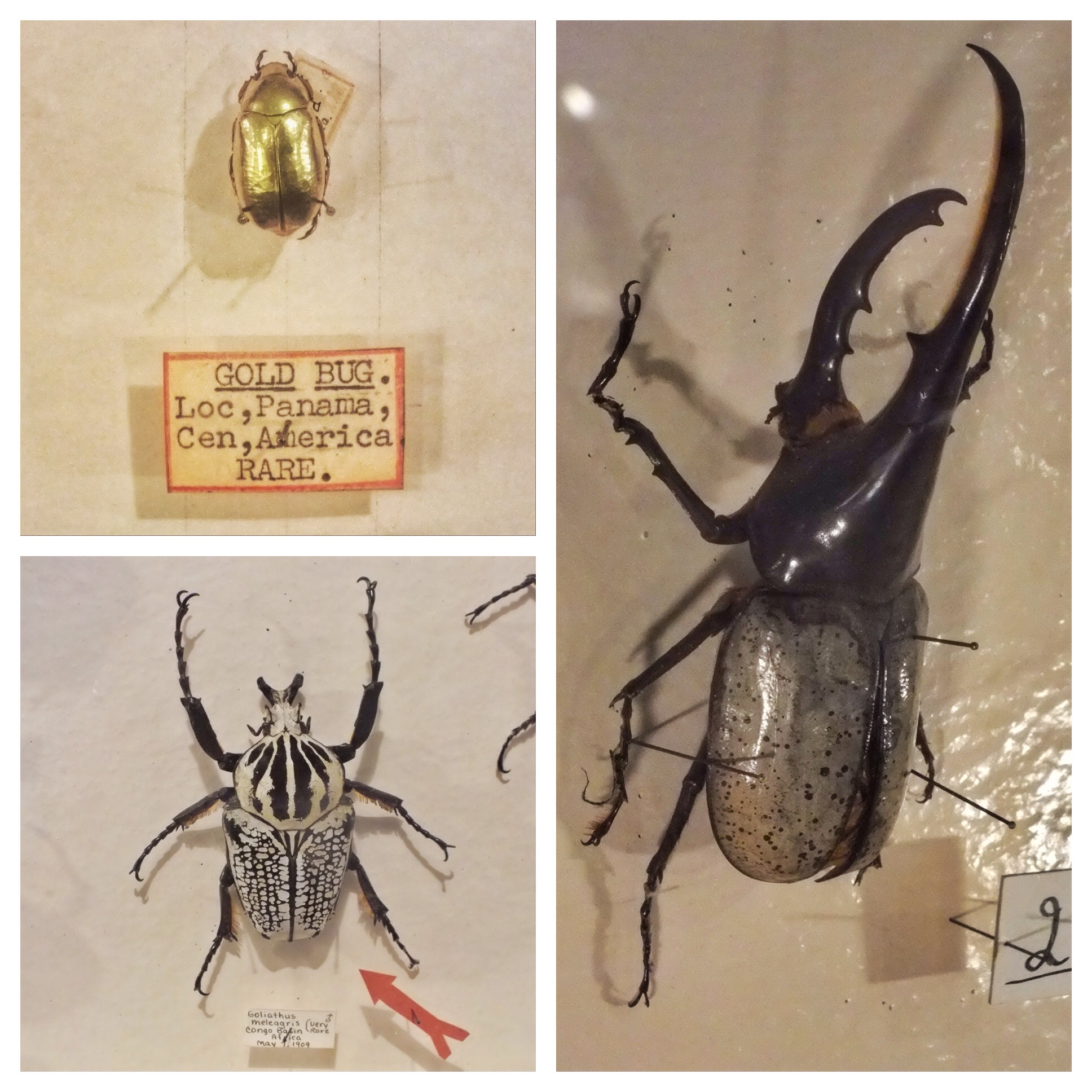 Note the hummingbird suffering the fate of being eternally eaten by a bird-eating tarantula in the display below. 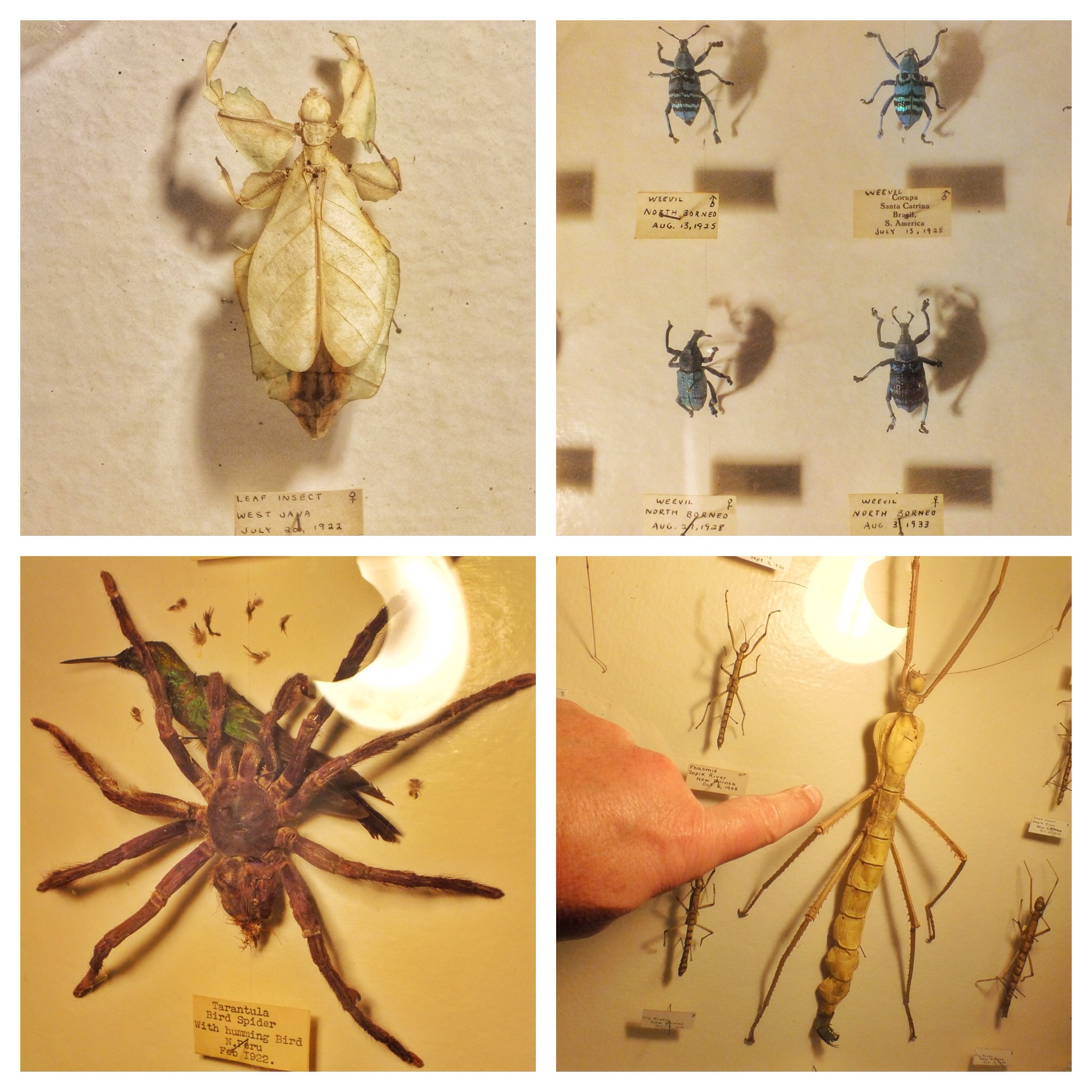 Many of the displays in the back half of the museum were near-duplicates of ones in the front half. It all was interesting, though perhaps not worth the $7 admission price. Much of the attraction for me was vintage-tourist-attraction vibe. It’s a great destination on a day when weather makes outdoor attractions unappealing.

This entry was posted in Insects, Museums. Bookmark the permalink.