I’m still getting use to birding in my new state. I can’t go out during spring migration and find 20+ species of warblers like I occasionally could in Illinois. Ten warblers in a day in Colorado would be an excellent day.

I went out on a Sunday morning to see how many I could find. I saw several Yellow Warblers, a Wilson’s Warbler, a Yellow-rumped Warbler, and a Yellow-breasted Chat, all pretty much expected. I also found a cooperative singing Bay-breasted Warbler, which is a rarity in the west.

I was wandering along a bike path between Fountain Creek and a water-filled ditch. Bushes and short trees bordered the path on both sides. 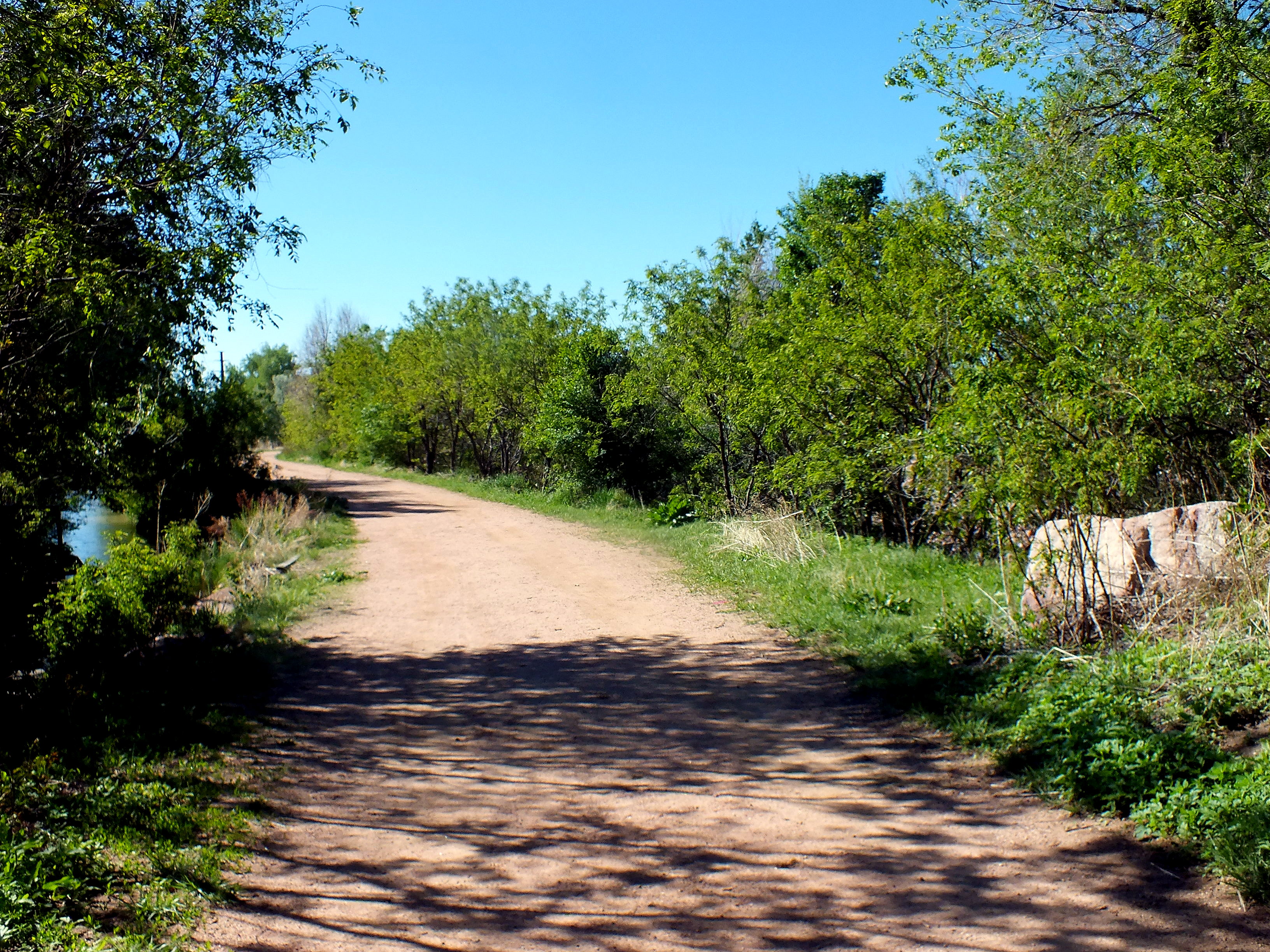 I heard a Black-capped Chickadee in the vegetation on the right, beyond the rock. As I looked at it, I saw a second bird, about the same size. It was facing away from me, and I saw two bold white wing bars on silver-blue wings. I could see a touch of bright yellow on the side, so I knew it was a warbler. It turned around so I could see the front. The breast, sides of the neck, and eyebrow were all bright yellow. The crown, eye-stripe, and throat were black. At first I thought Magnolia Warbler, but I quickly eliminated that. Black-throated Green? No, they don’t have black caps or yellow breast. I suddenly realized I was looking at a Townsend’s Warbler, a lifer. And at that point it flitted down lower along the creek and I never found it again.

I knew it wasn’t overly common east of the mountains, but it is apparently notable. Somebody saw my checklist on eBird and added it to the Colorado Birding Society Rare Bird Report. 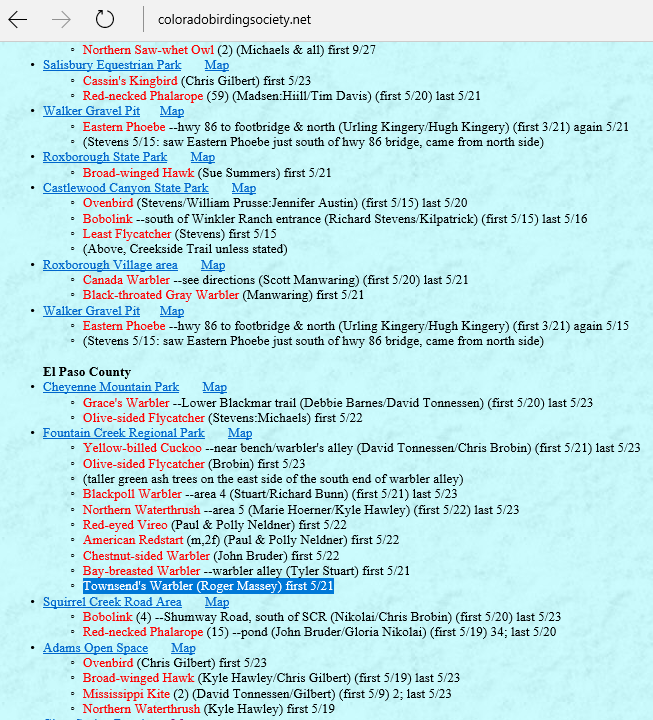