I was carefully hiking down the steep slope of Eagle Peak. My friend, who had encouraged and guided me on the hard climb up, was about 50 yards ahead of me. We passed through a grove of aspen and were making our way down along Goat Camp Creek. I heard a singing bird and knew it was a warbler. I also knew that the habitat—thick brush along water—was potentially good for MacGillivray’s Warbler. 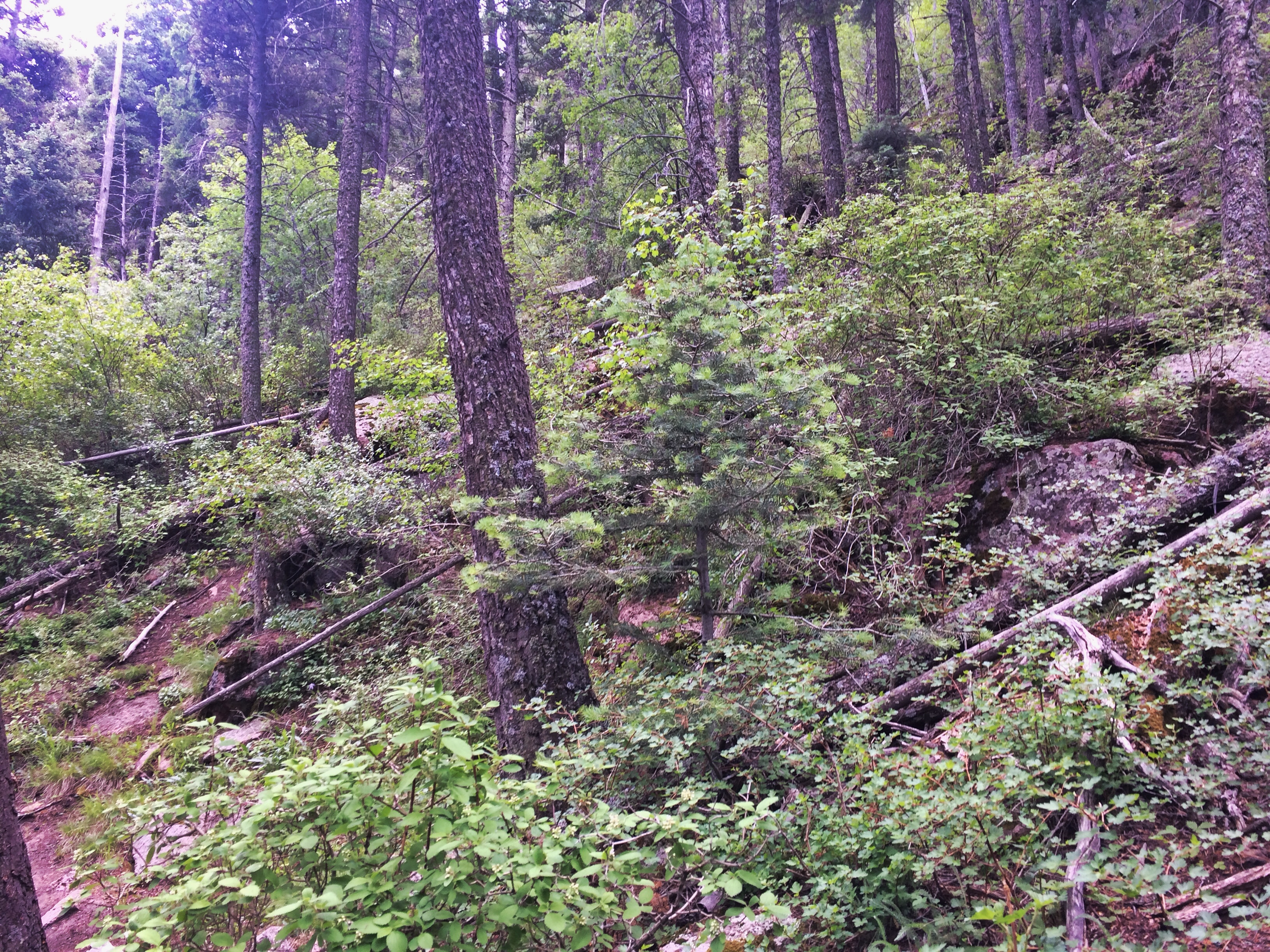 MacGillivray’s is the only wide-ranging North American warbler that I’ve never seen. And I didn’t mind the excuse to take a break. I listened to the song a couple times, then pulled out my phone and found the song of the MacGillivray’s Warbler. It was a match.

But as soon as I began playing the song on my phone, the real bird stopped singing. I repeated the recording several times and saw a small bird flit into the lower branches of a bush about 20 feet away. I didn’t have my binoculars or good camera, but I could clearly see that it had a yellow belly, gray hood, black chest, and white eye ring. I had my bird. 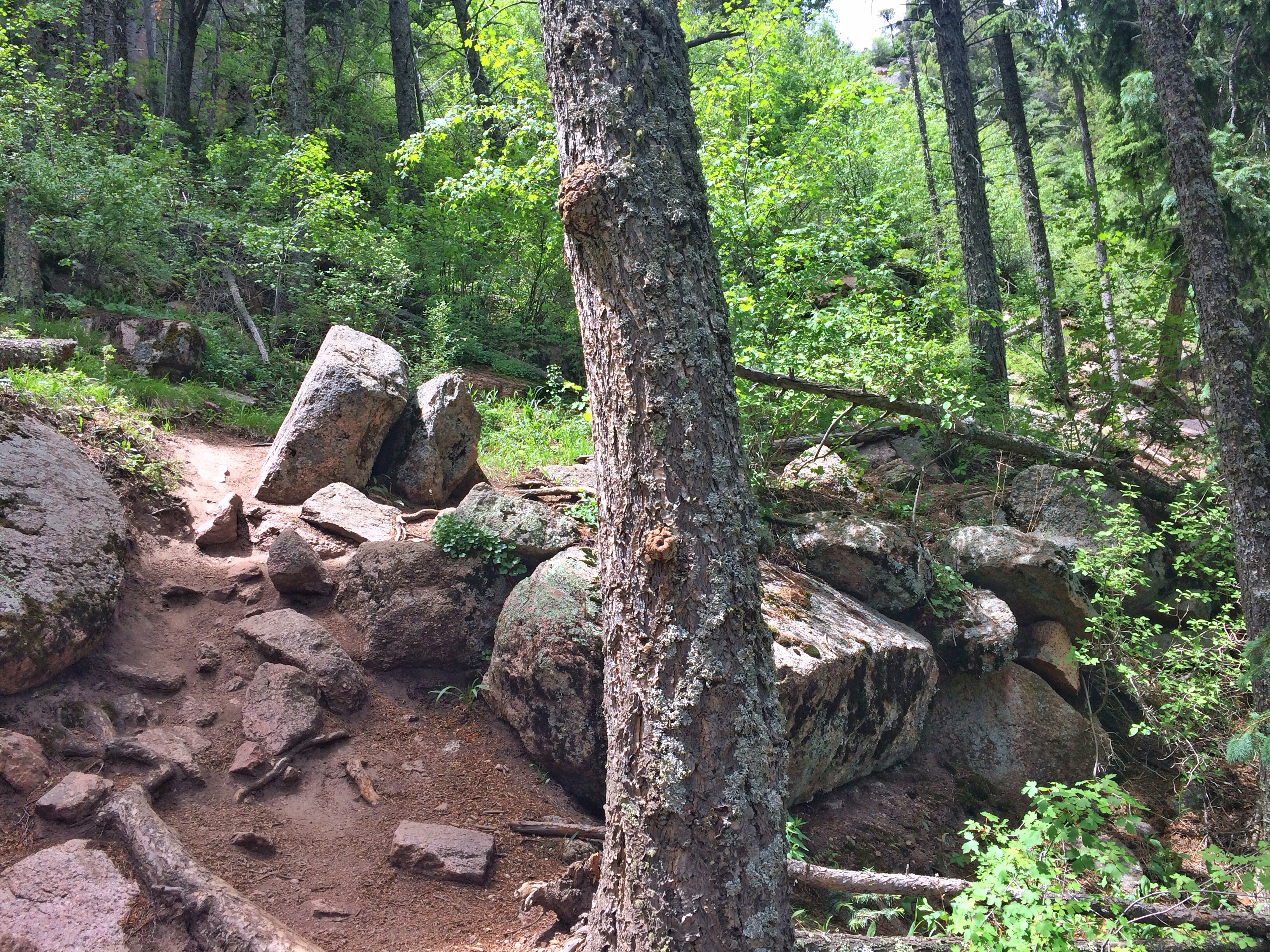 As I looked, it took off and flew right at me, passing within inches of my head. I saw it briefly in a second bush along the creek. Then it flew to a branch in an evergreen right above my head. I took several photos with my phone, but they just show a back-lit tangle, and I can’t find anything in them that looks like a bird.

My friend was waiting patiently, and I didn’t want to disturb the bird any longer. I put my phone away and continued down the trail.