Black Rosy-Finches breed above timberline in mountains northwest of Colorado, but in the winter, they migrate southeast and hang out high in the mountains of Colorado with the other two species of rose-finches. All three species have been reported regularly in Victor, on the other side of Pikes Peak about an hour and a half from my house. The forecast was for temperatures near 50° so I headed up fairly early in the morning. I parked downtown and walked up and down the streets of the decrepit gold-mining town looking for birds while trying to look inconspicuous.

After about an hour I spotted the flock in an aspen next to an old building that I think is now divided into apartments or somesuch. The finches were there because of the feeders in front of a blue house next door. Here’s where I was when I first spotted them. The brick building on the right is an old rope-making factory from gold mining days. The bare hills in the background are an active gold mine that threatens to wipe out all the 120-year-old mine structures leftover from the rush. One of these can be seen poking above the roof of the while building.

I leaned against a wall across the street for about 20 minutes and watched. Locals kept driving by and staring. Most of them waved. All of them were obviously wondering what I was doing. 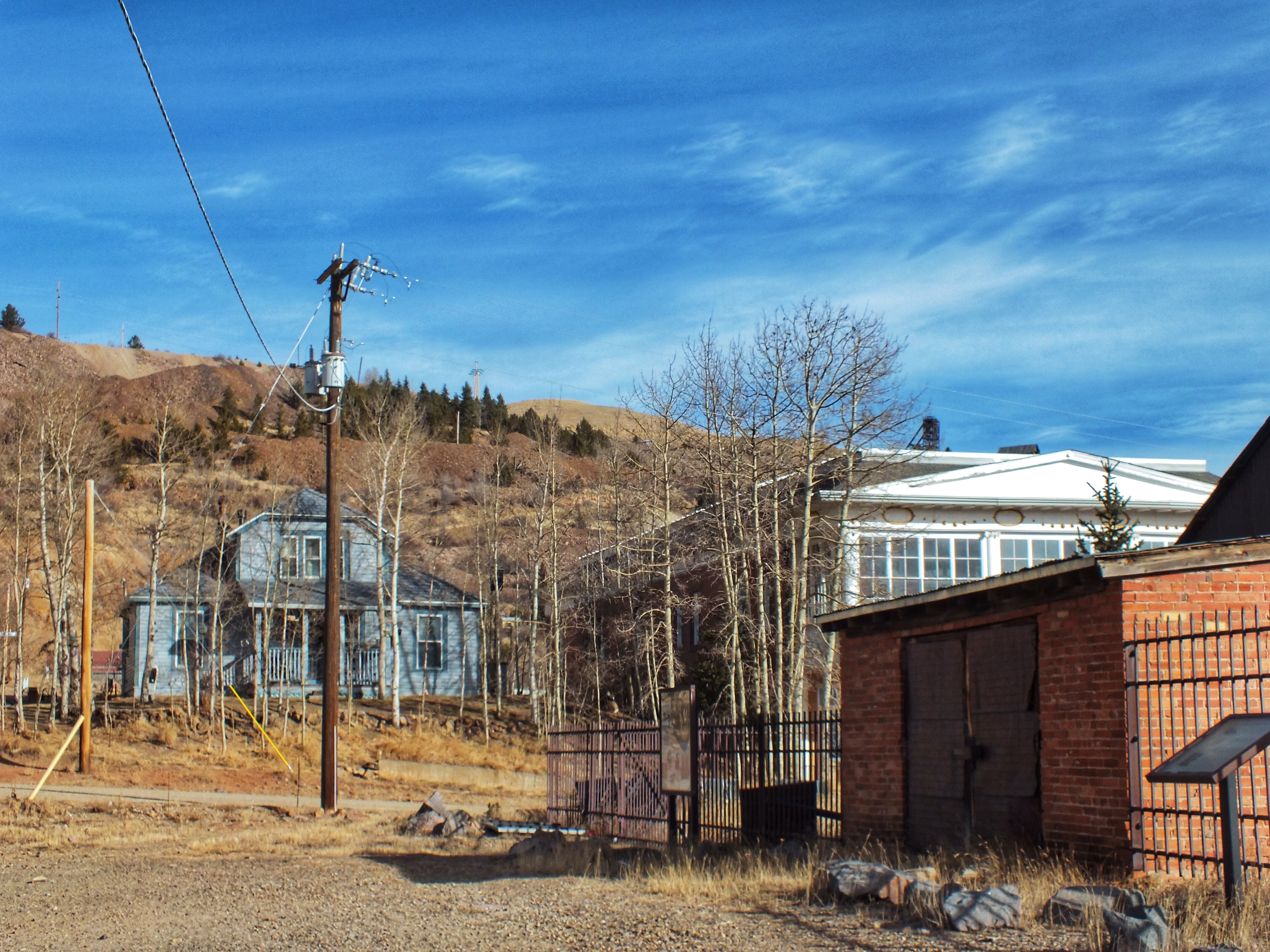 Anyway, even from a distance I could see that several of the birds were Black Rosy-Finches. 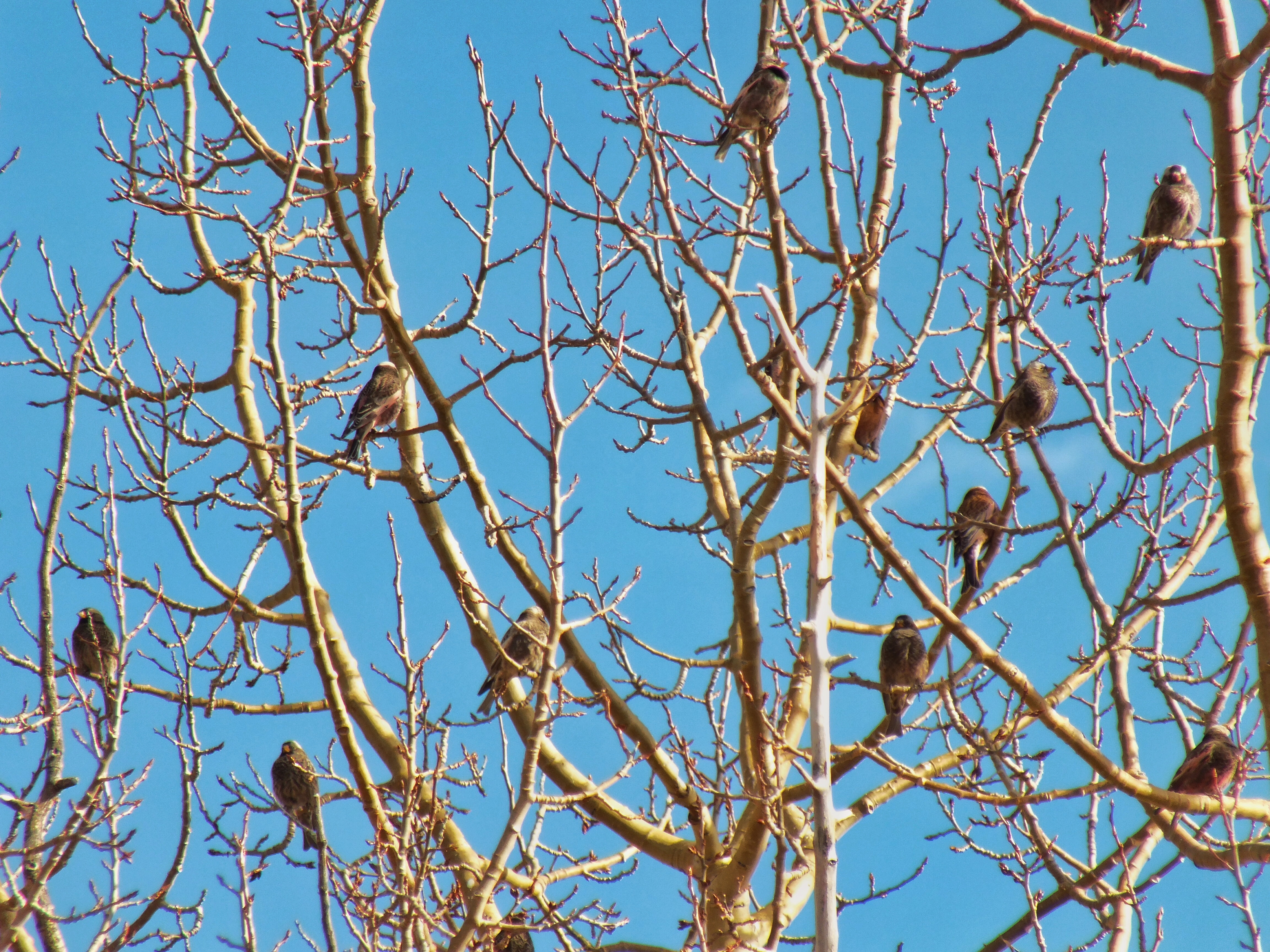 One with a crow for handy size comparison. 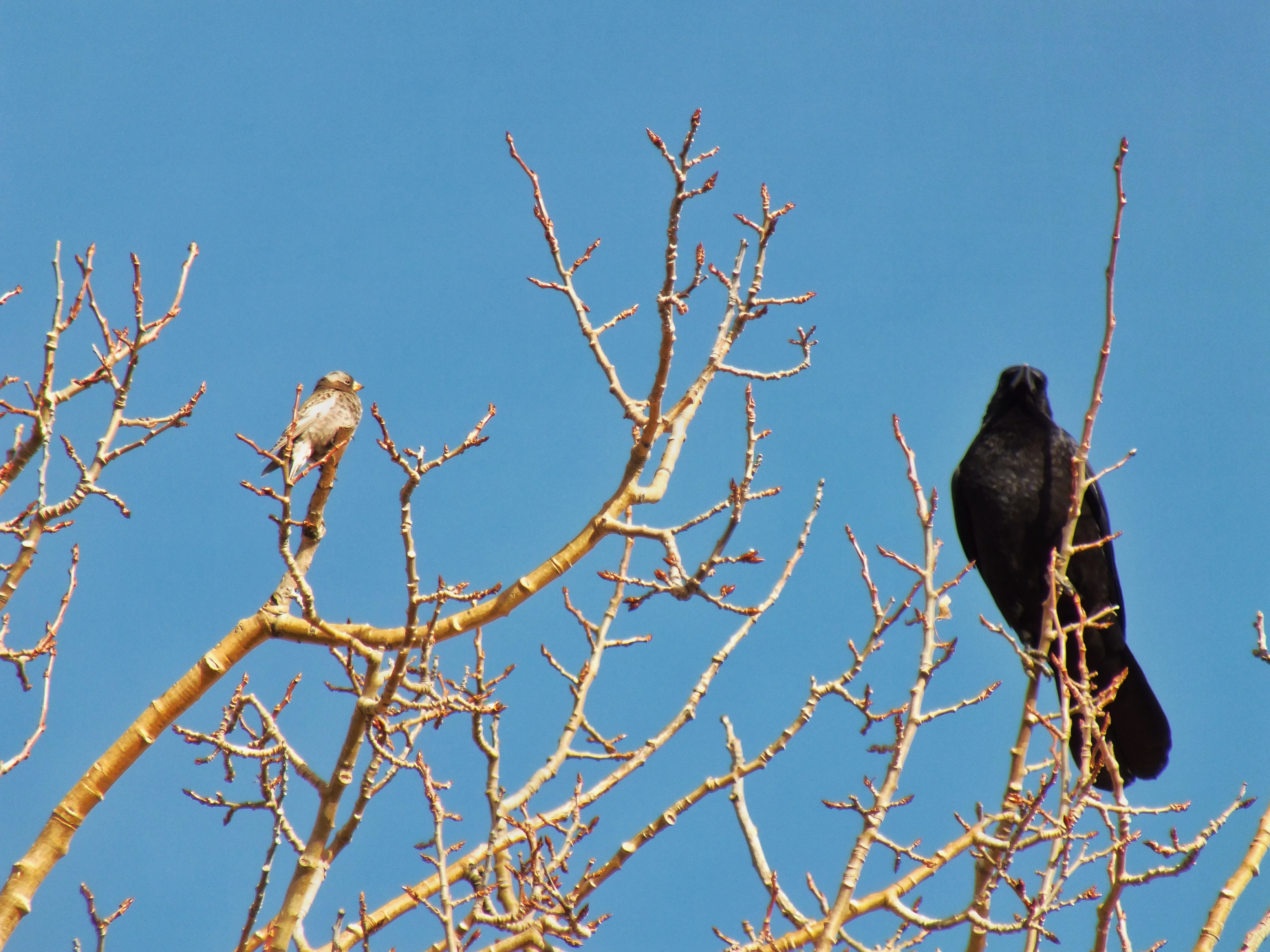 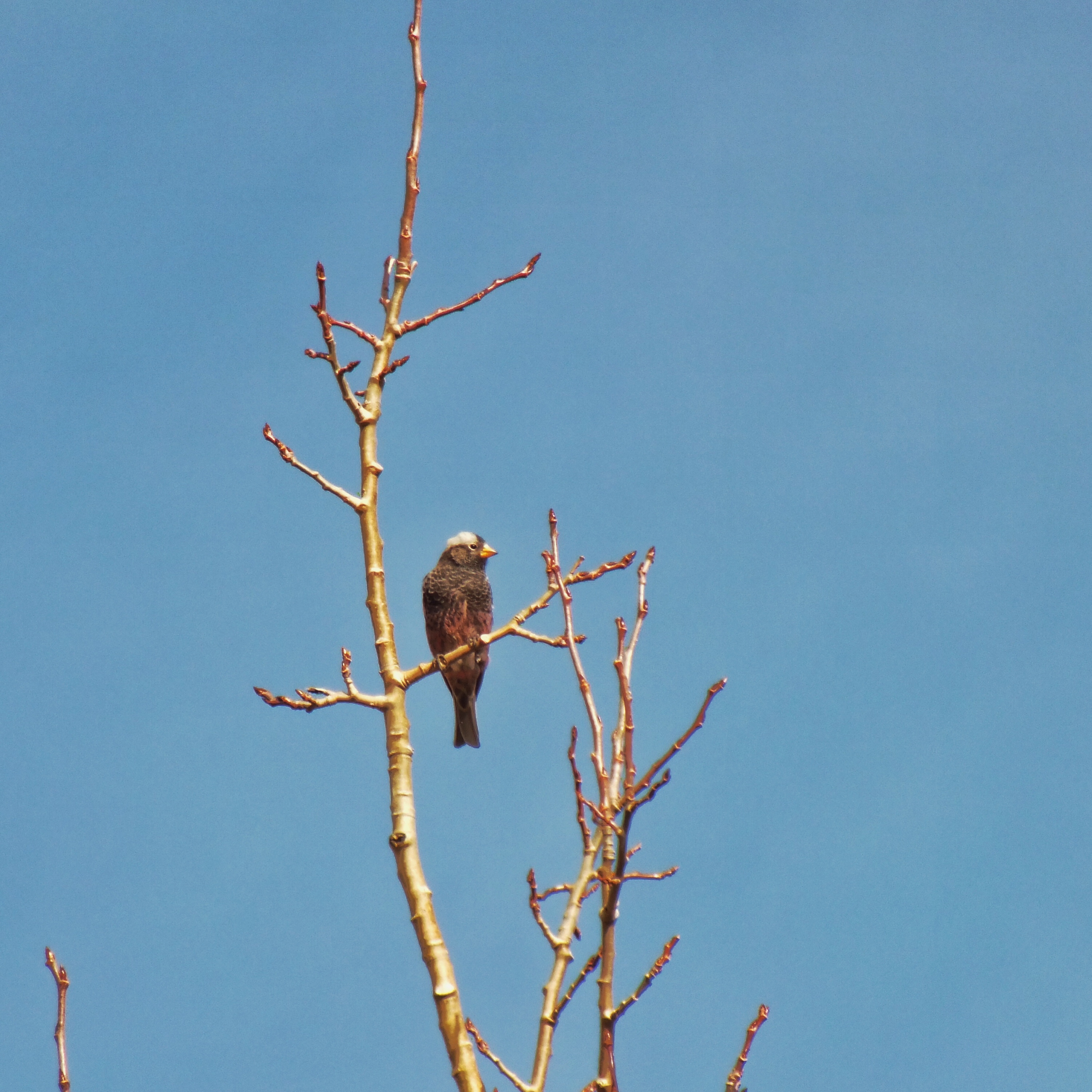 The adult males were definitely black. The females or first-year birds were grayer.

The flock spent most of the time in the tree. Once in a while most of them would fly down to the roof of the blue house, then down to the ground under the feeders. But they never stayed there for long. Something, or nothing, would spook them and they’d all take off and head back into the tree. A couple times, when a particularly loud pickup truck went by, they all took off and disappeared over the town, returning after five minutes or so.

When I first got there, the flock was 25-30 birds—mostly Blacks but with a few Gray-Crowns (also a lifer, next post) mixed in. When the flock took off yet again, I went into town to eat an early lunch at a bakery. I went back later. The flock had grown to over 70 birds with a lot of Brown-caps mixed in. Still, whenever part of the flock landed under the feeders, they were mostly Blacks. 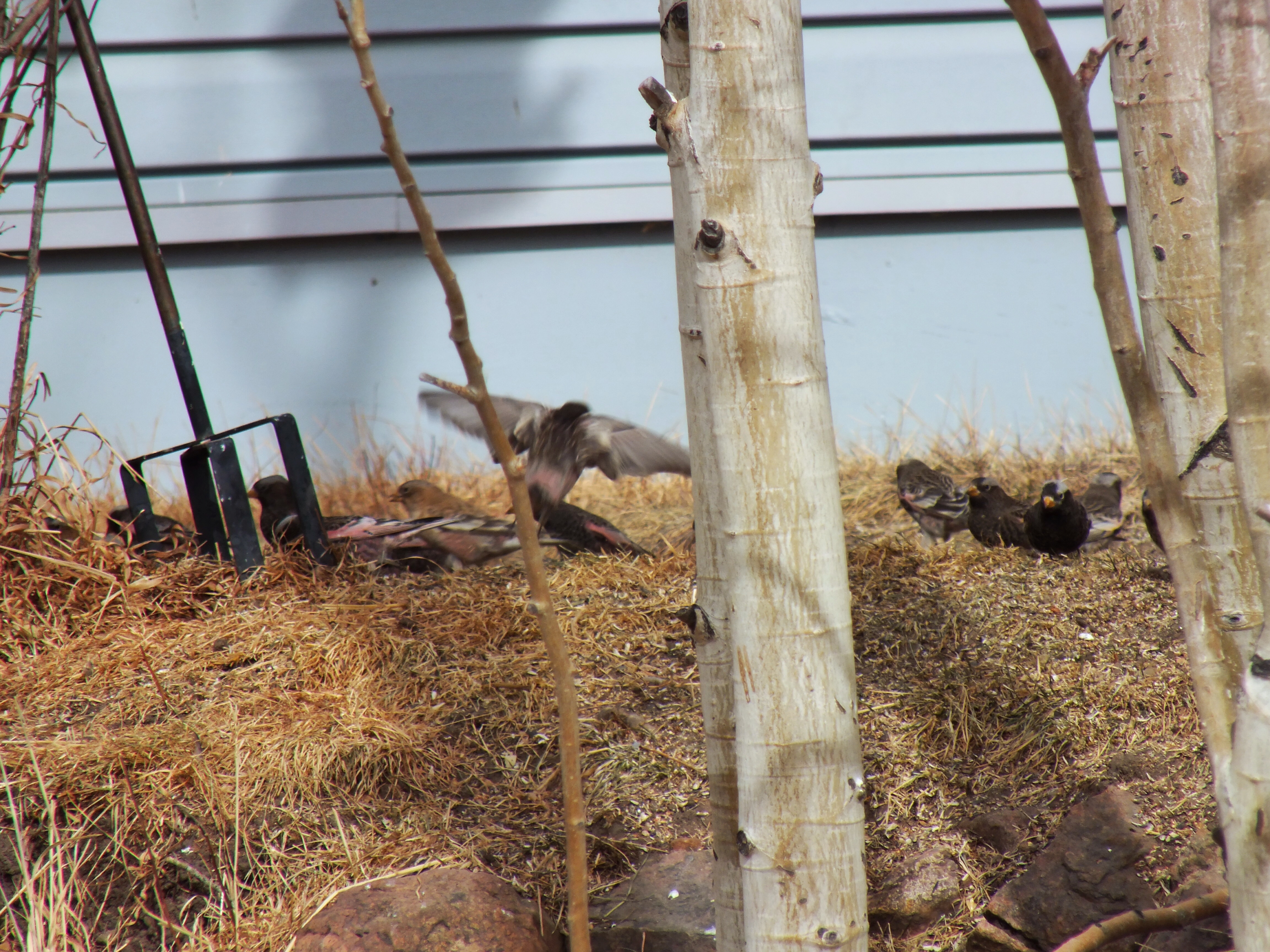 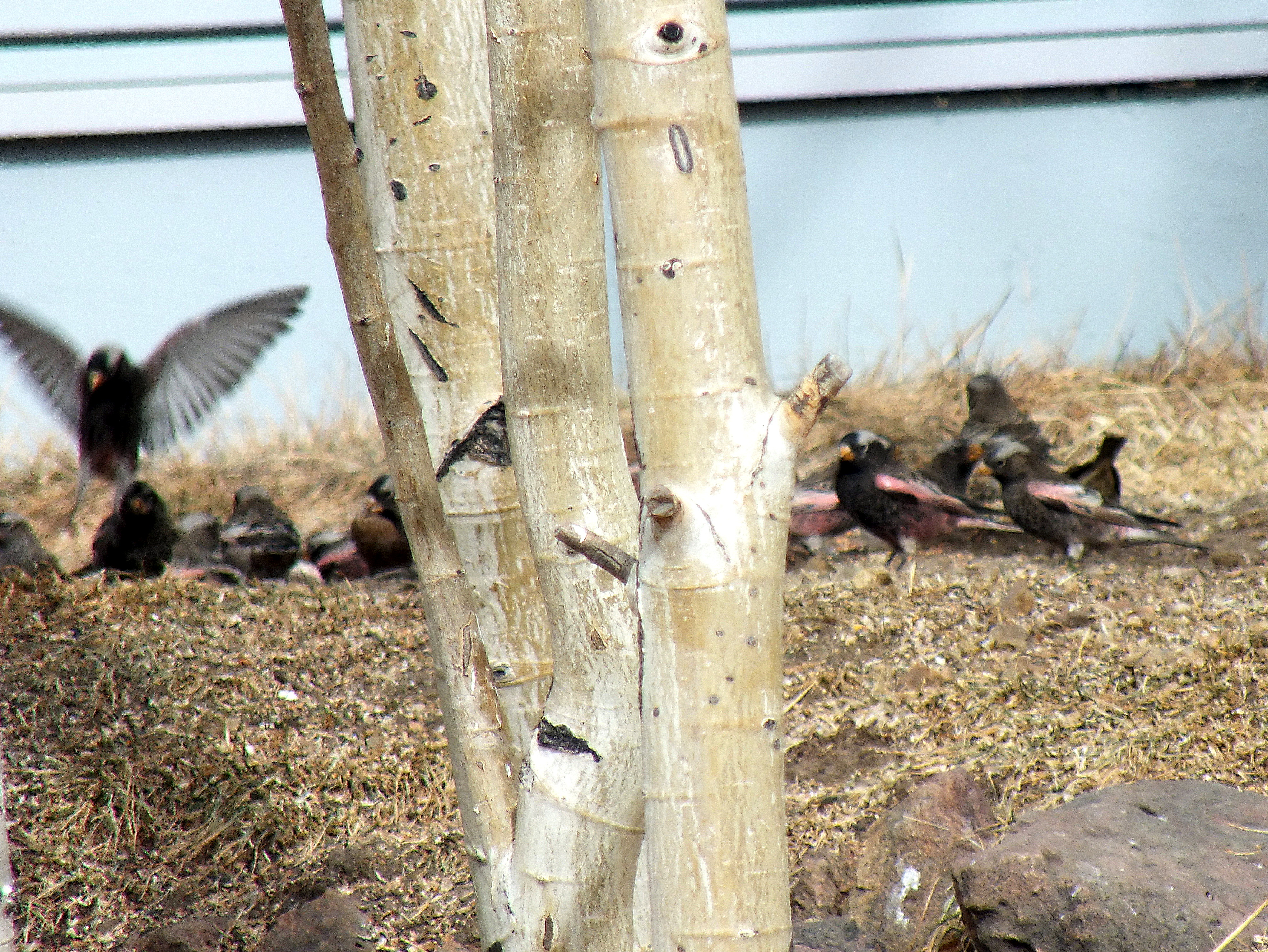