When I first spotted the flock of rosy-finches in the aspen next to a house with a feeder, I could see that most of them were Black Rosy-Finches. But when I got right across the street, I was able to pick out four with body feathers that were brown instead of black or gray.

There are three populations of Gray-crowned Rosy-finch. One sub-species sticks exclusively to the coast along the Bering Sea. The other two breed high in the mountains from Alaska down to the Pacific Northwest and northern Rockies. The population that breeds further west is known as Hepburn’s. It has an extensive gray hood, like this bird. 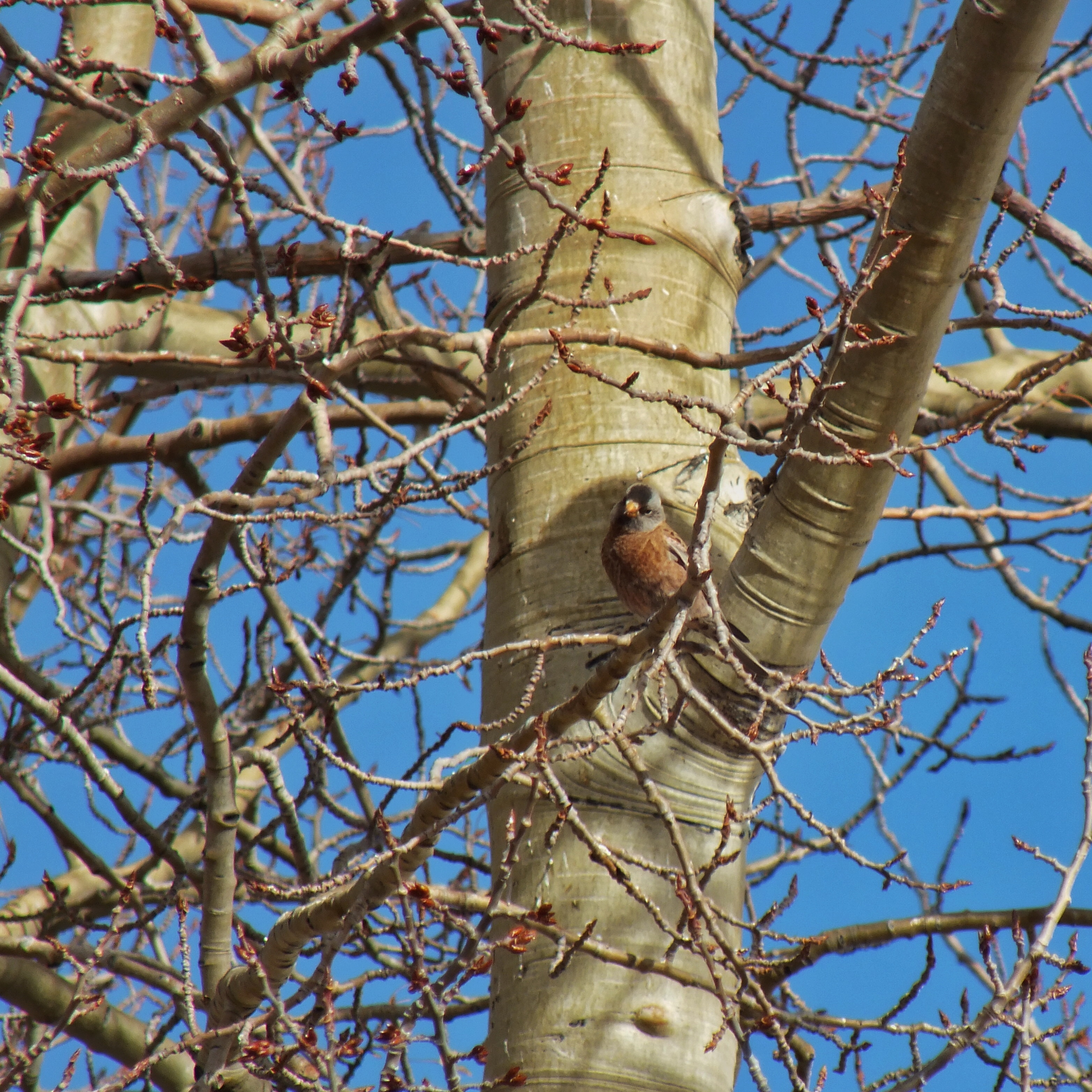 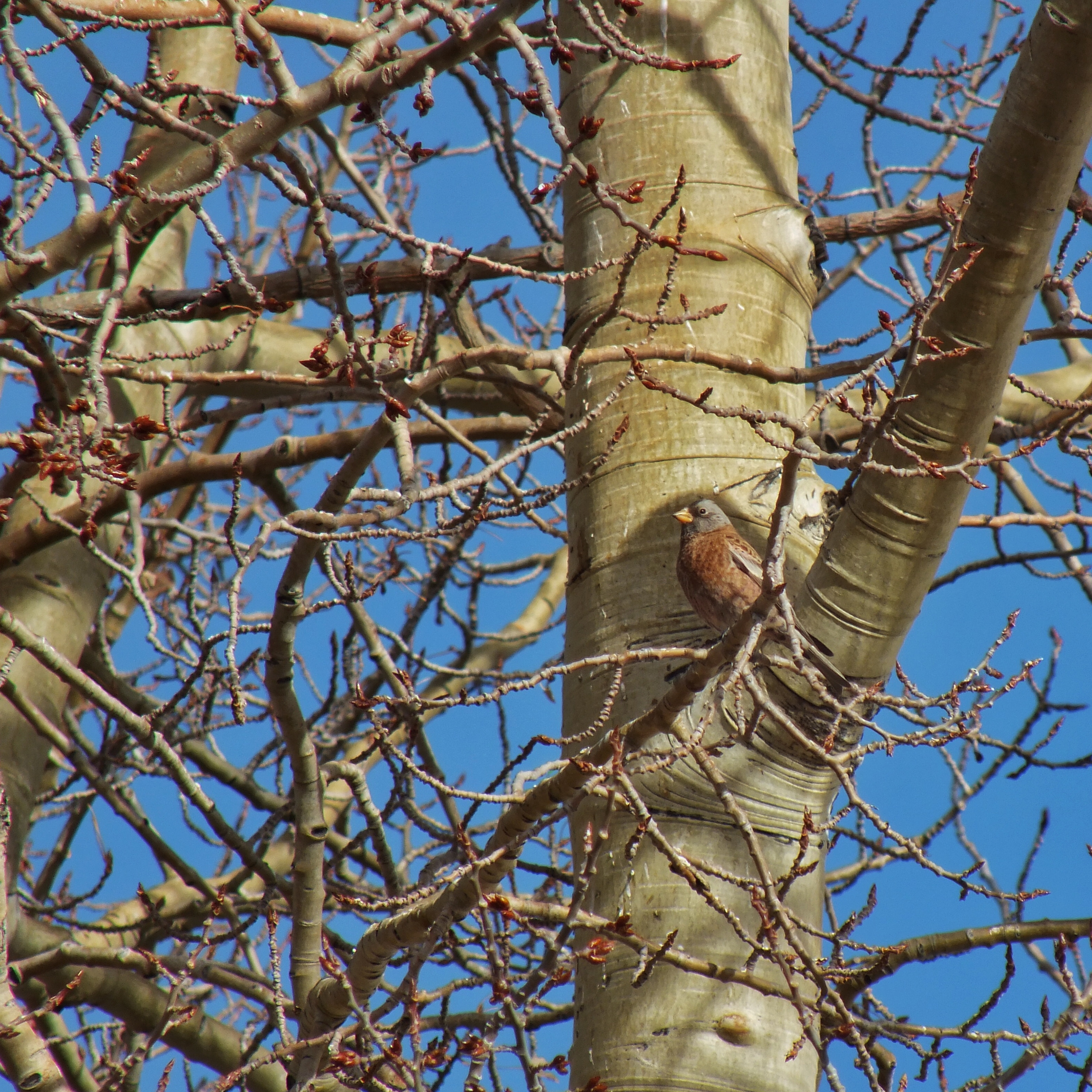 The interior population has more of a gray cap than a hood. This next photo isn’t a good one, but it is the only shot I got of an identifiable interior Gray-crowned Rosy-Finch. (The bird in the foreground is the pink-sided form of Dark-eyed Junco.) 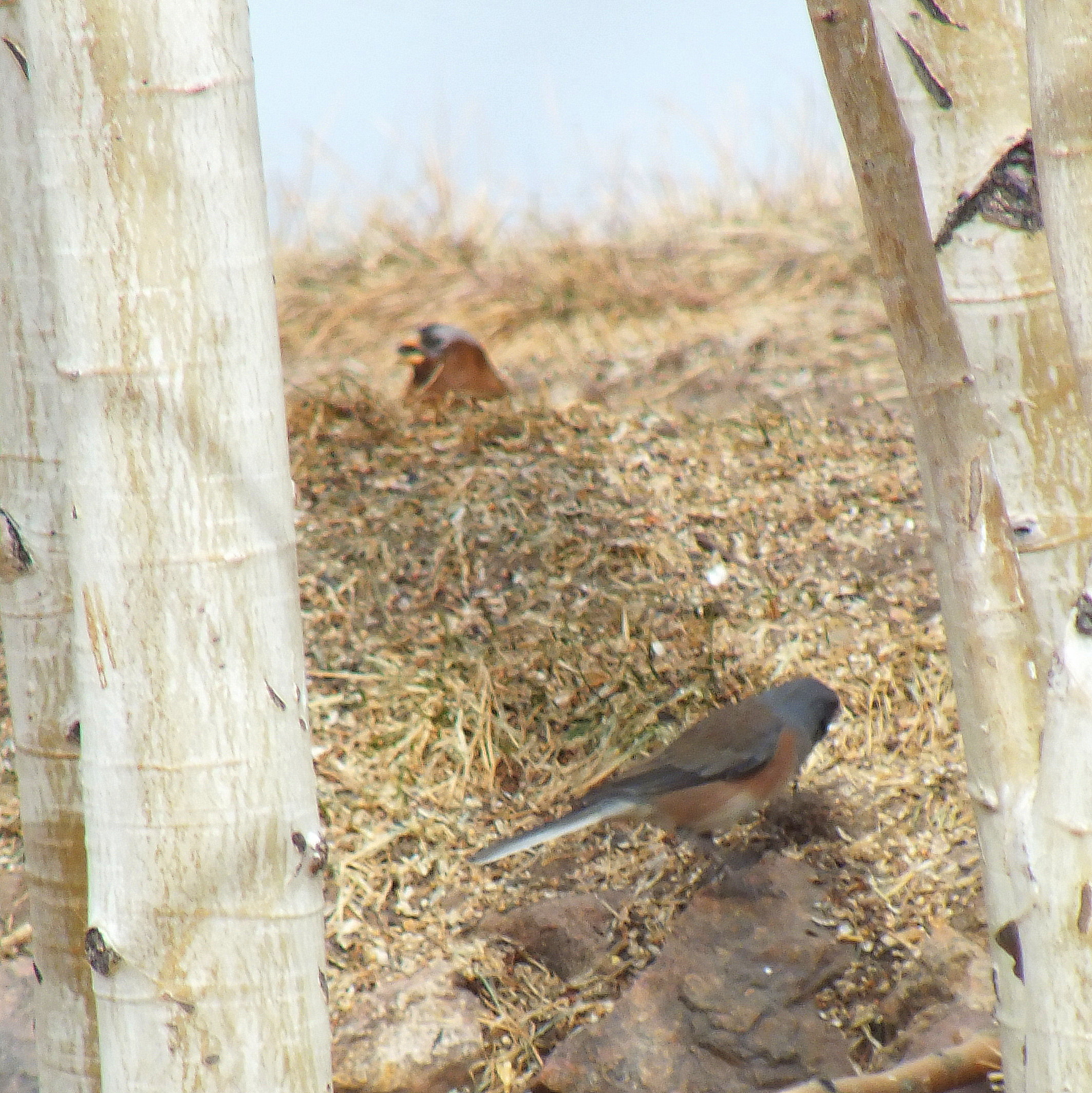 I’ve included them both because I saw somewhere online that a further split may be coming, separating Hepburn’s and the interior race into separate species. If that happens in my lifetime, I’ll have gotten three lifers today.

Apart from the color, there was nothing that stood out about the Gray-crowns. The whole flock stuck together, either sitting in the aspens, landing briefly on the ground, or circling the neighborhood.  After I got back from lunch around 11:00, the flock had grown to over 70 birds, including several Brown-capped Rosy-Finches. Here are a few of the shots I took of the flock. 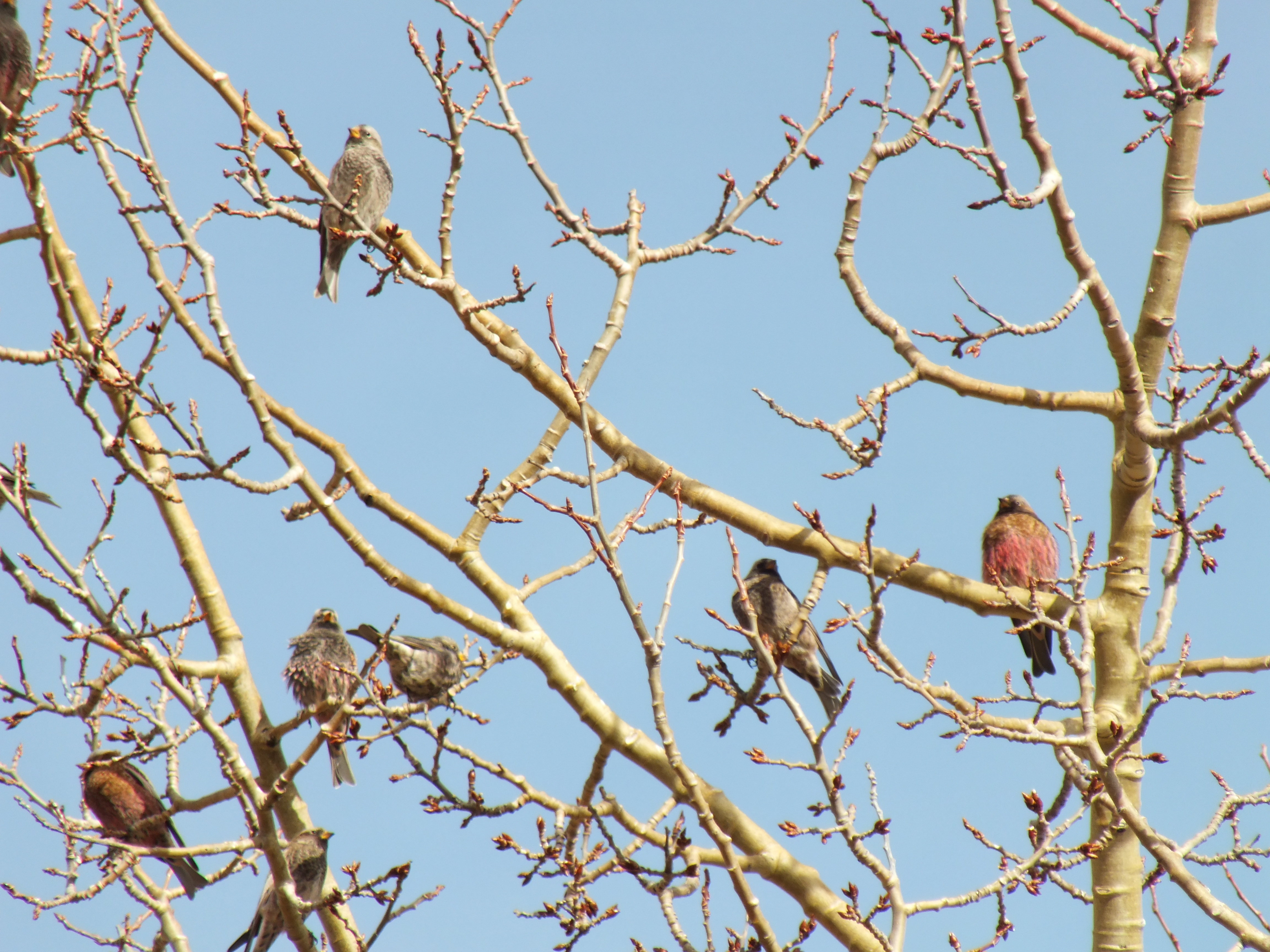 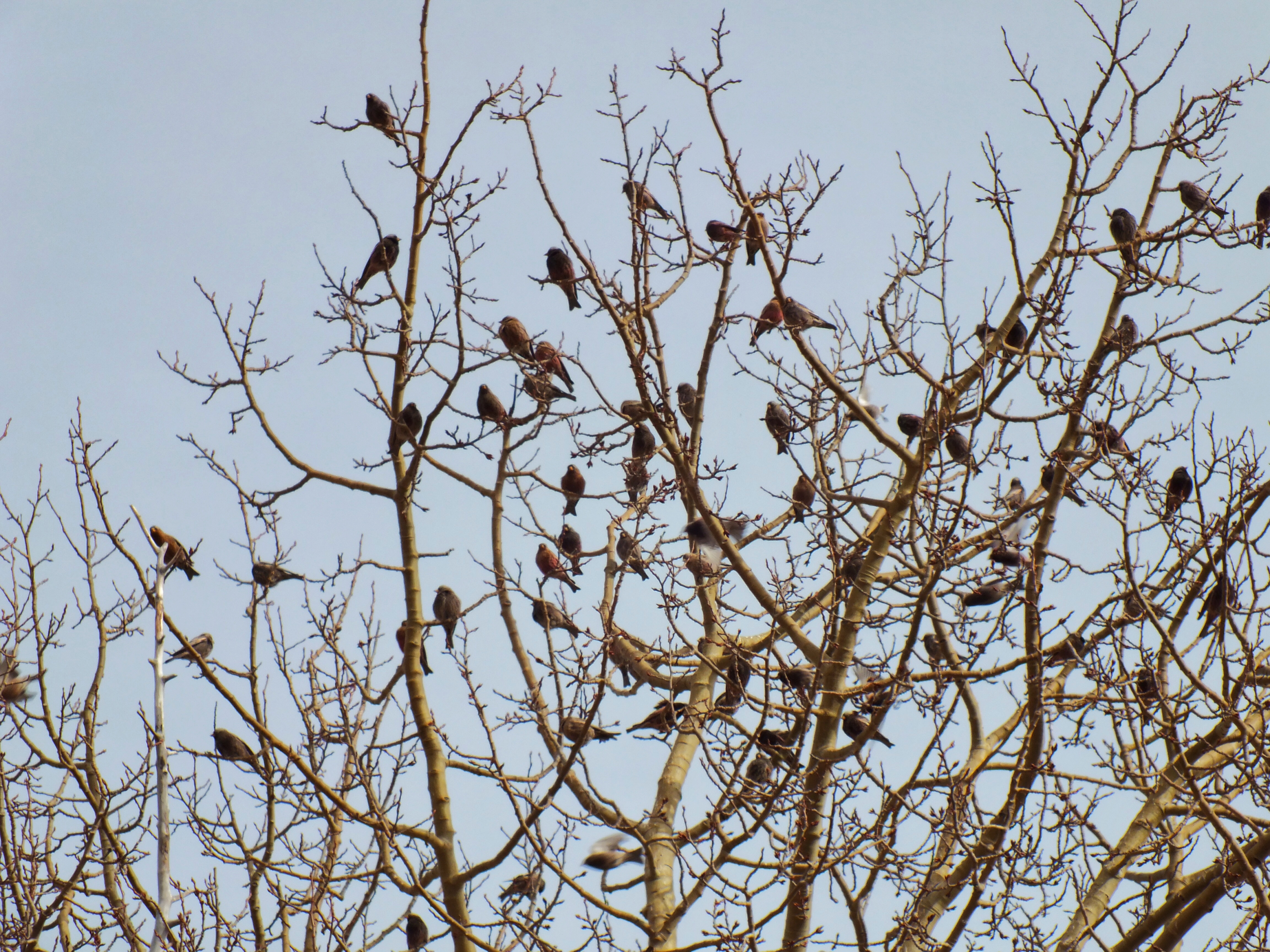 I’m pretty sure the three birds lined up one above another in the middle of this next photo represent all three species, with the Gray-crowned (interior race) on top, the Brown-capped in the middle, and the Black on the bottom. 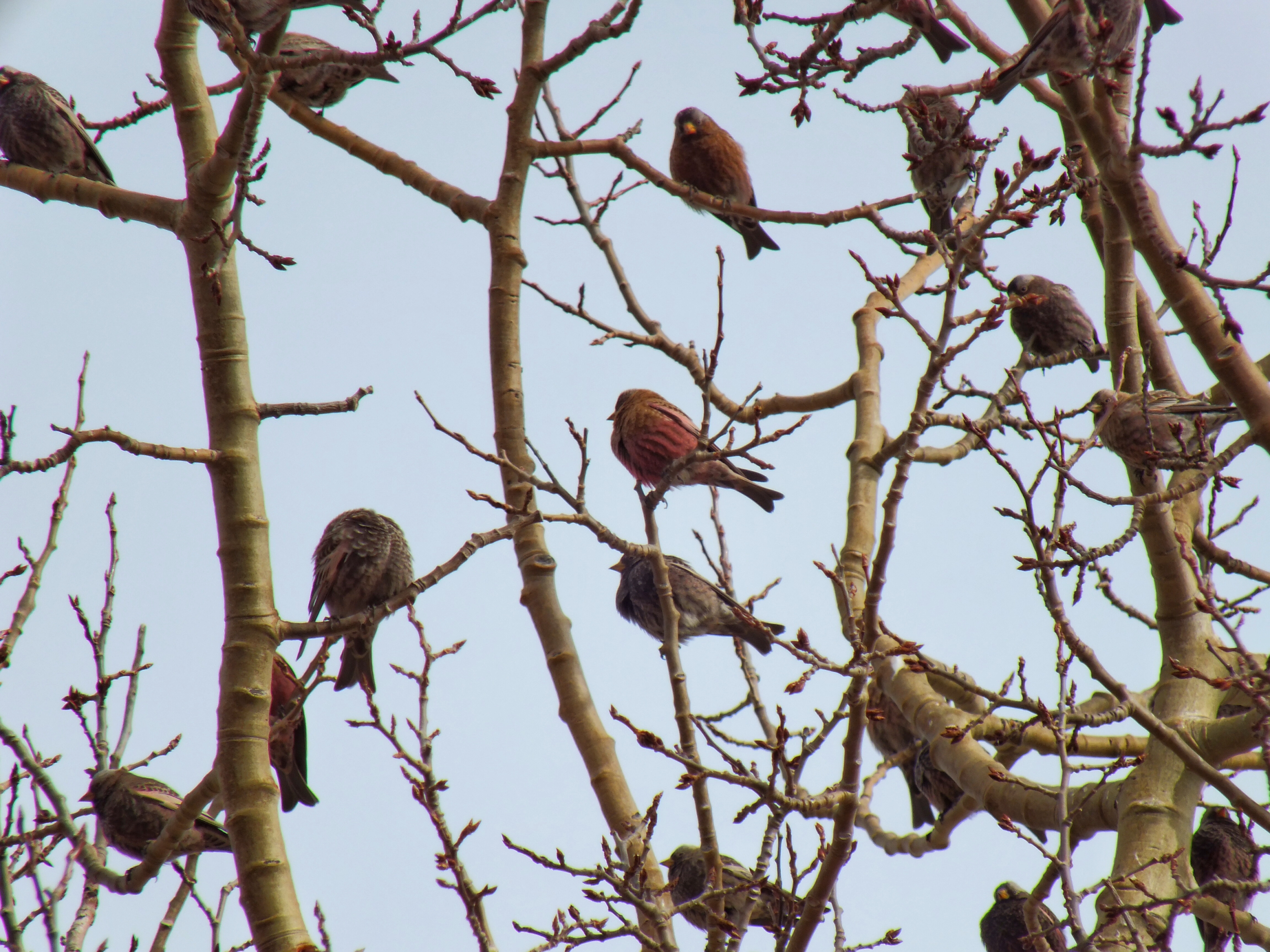 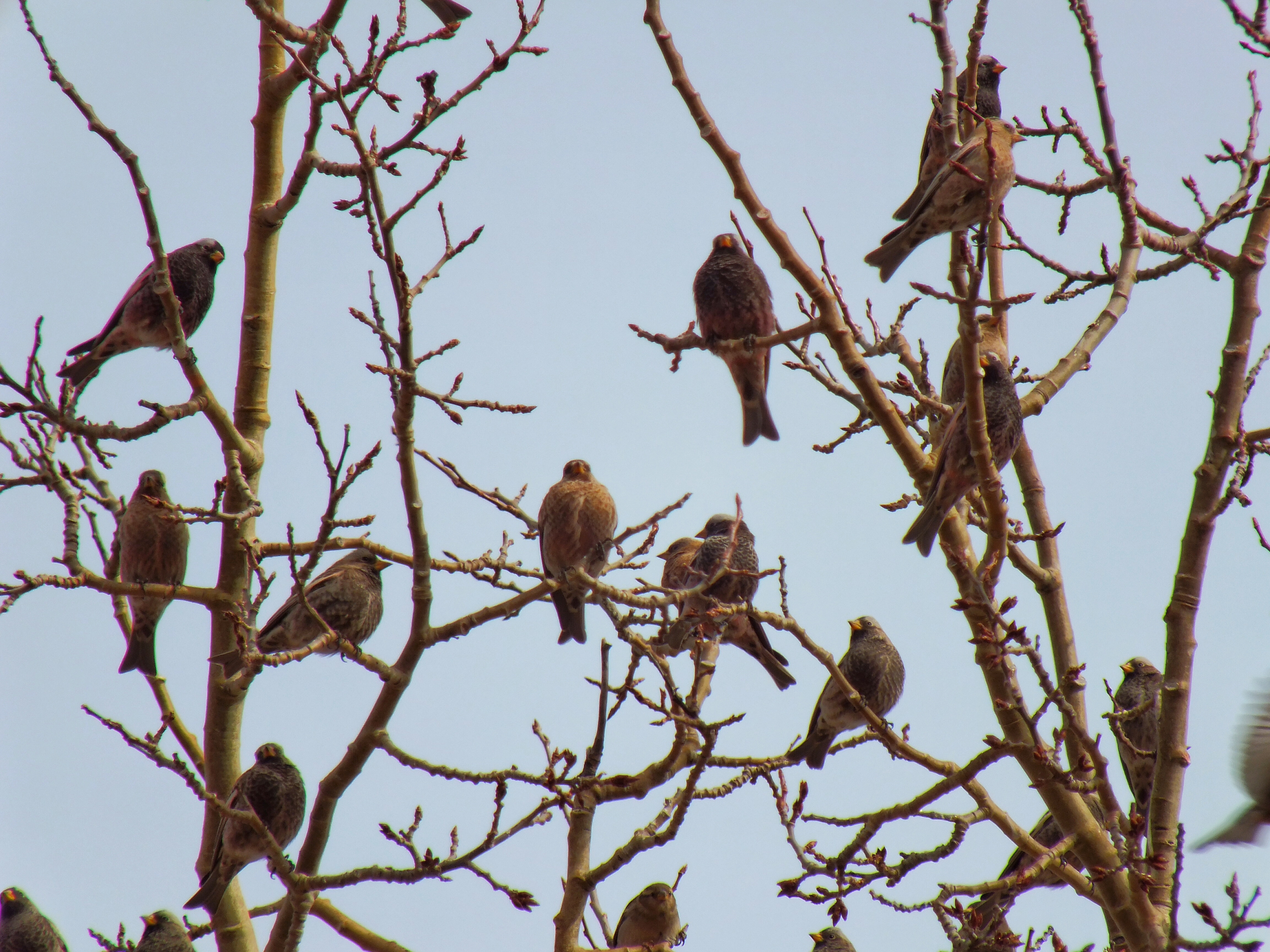 A Brown-capped, I’m pretty sure. It was often hard to see at the angle I had, but this one does not appear to have the gray head of the Gray-crowned. 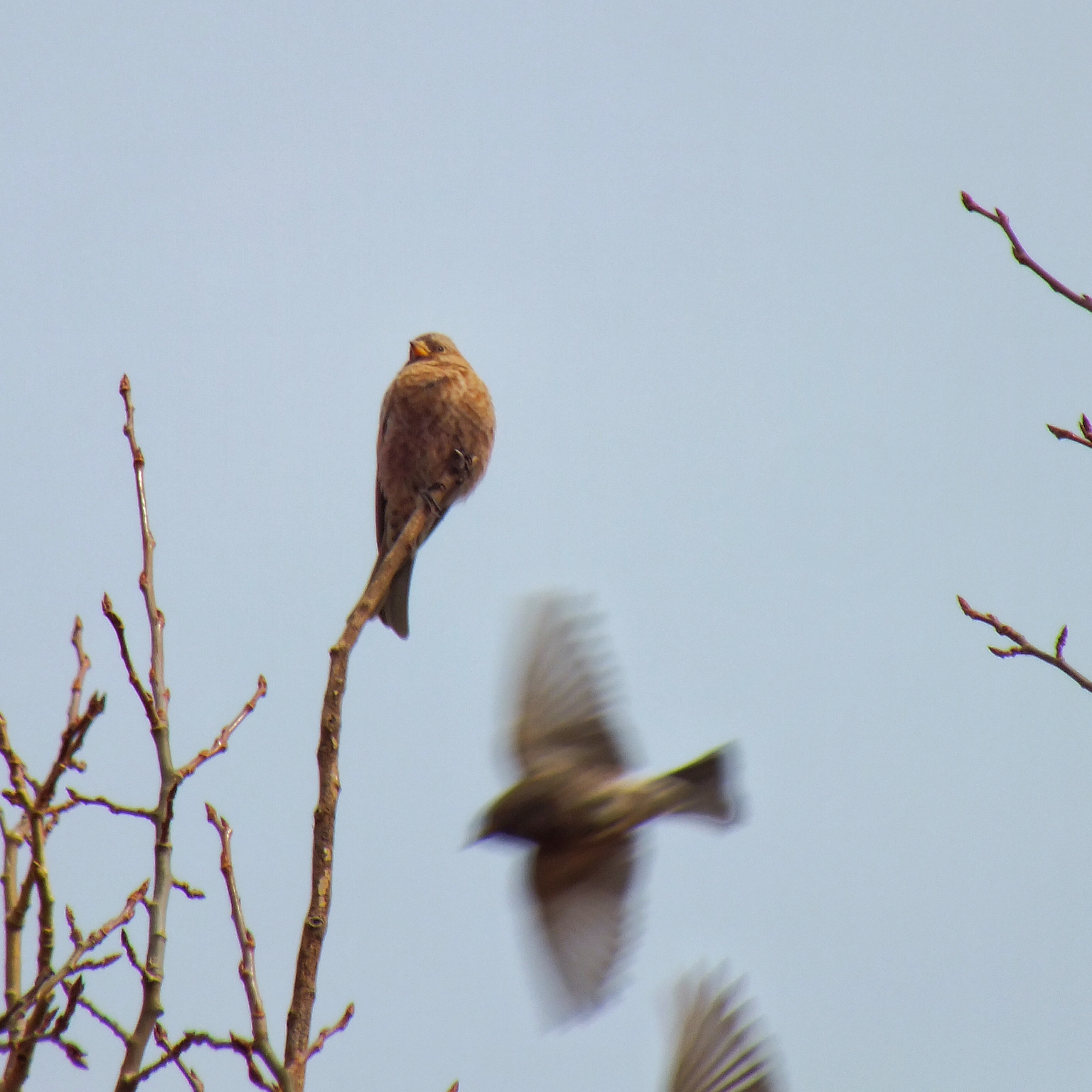 The bird in the lower left of this next photo is also a Brown-capped. 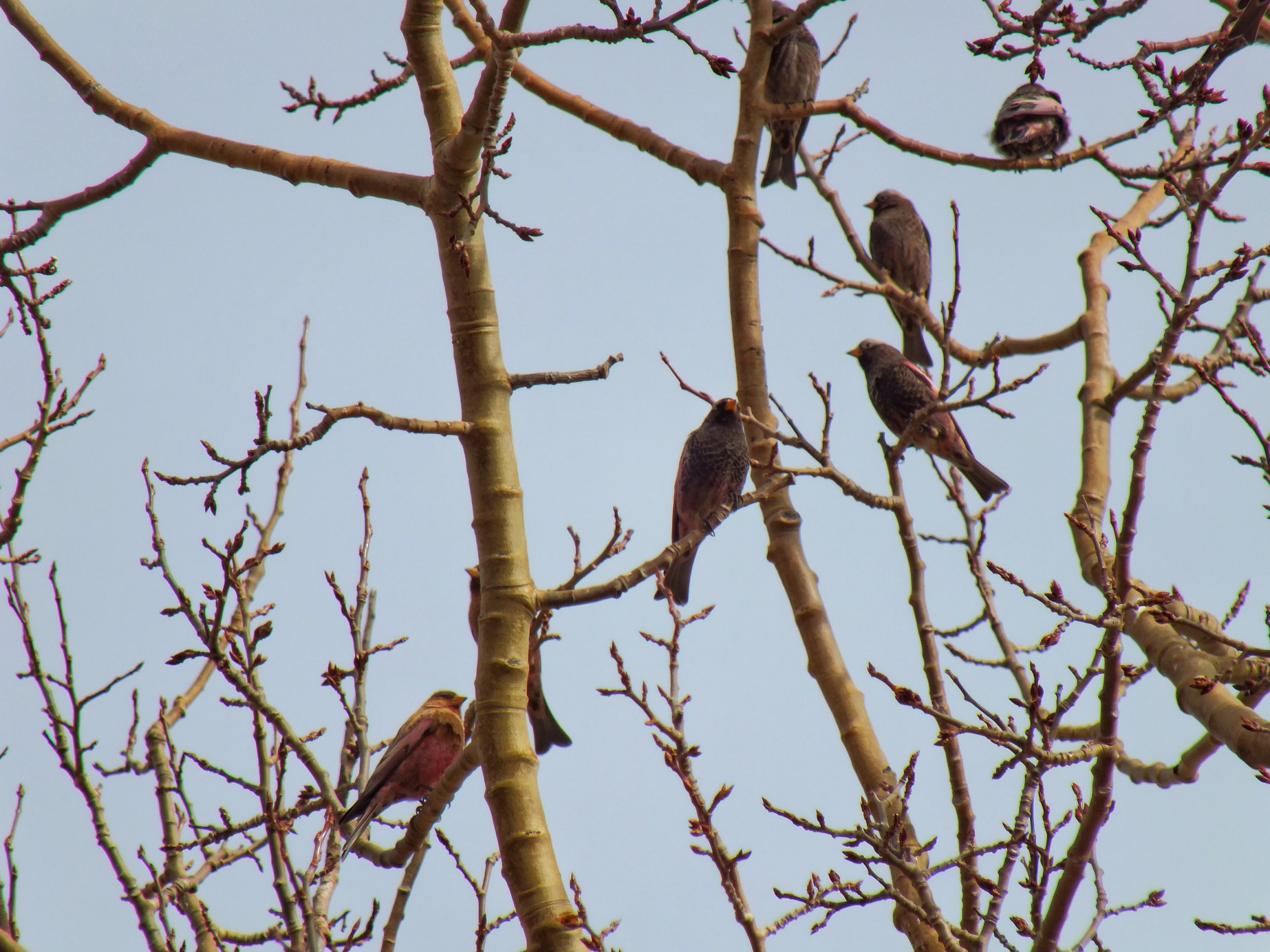 The entire time I looked at the birds, two Mule Deer rested contentedly next to the blue house, not more than 30 feet from where I stood. 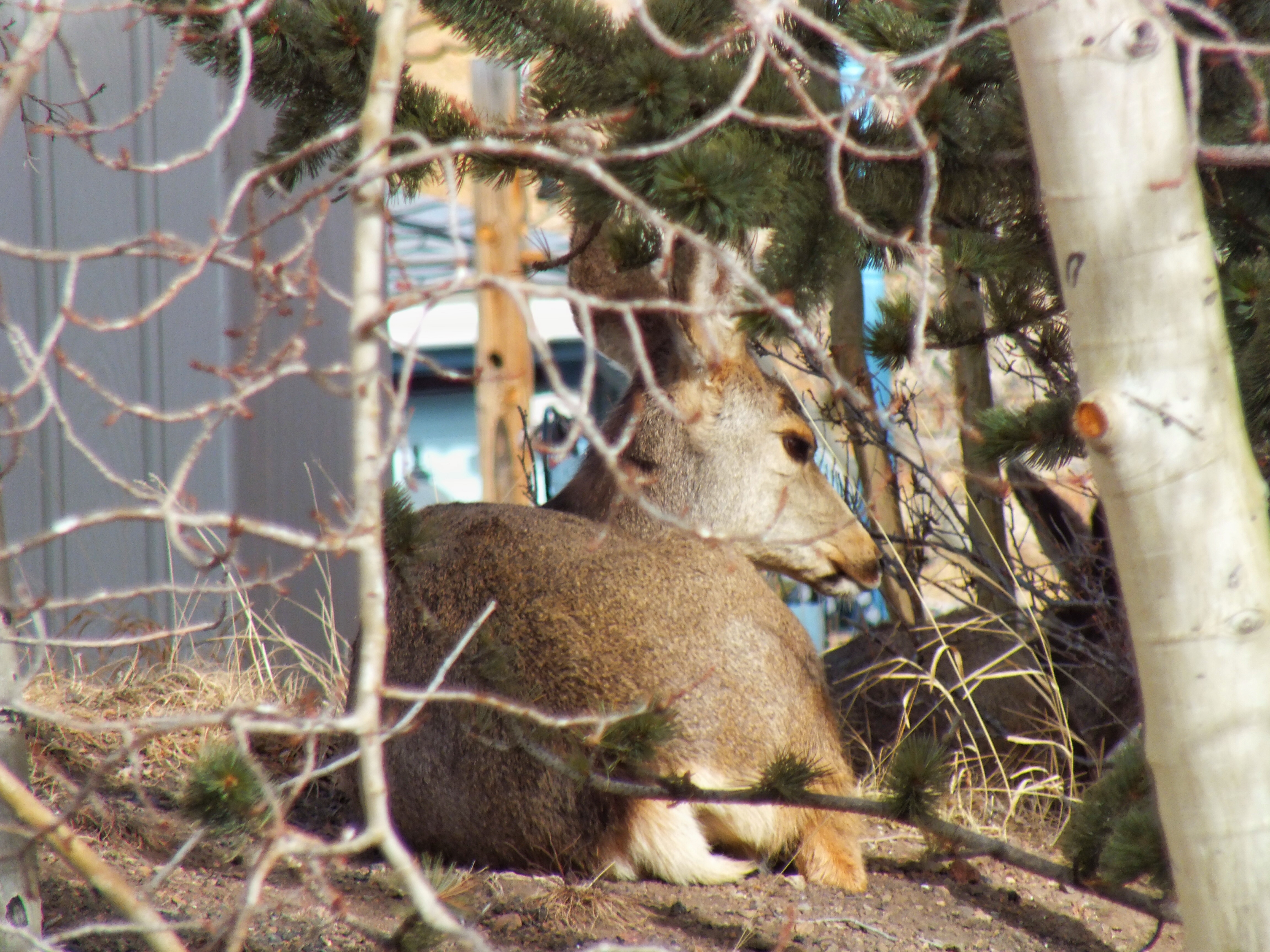