I’ve driven past Mueller State Park at least a dozen times, but I’ve never stopped. Today, when I went up to Victor and found the rosy-finches before 11:00, I had plenty of time to check it out. I stopped in the visitor center and asked a ranger to recommend a trail of about two or three miles that wouldn’t kill me. She suggested I take Trail 7 and circle back on Trail 11, with some side trips on shorter trails.

Mine was the only car in the lot at the trailhead, and for the next two+ hours I didn’t see another human. Much of the time, in fact, I couldn’t hear any human-cased noise, although an occasional airplane flew high overhead.

The trail cut through a picnic area. I heard a couple Mountain Chickadees and made a whispy noise to attract them. It worked better than I expected. The chickadees came, and so did a Gray Jay. It silently glided to a branch just above my head and then, when it saw I had no food, flew down to the ground about 30 feet away, then silently disappeared back into the woods. 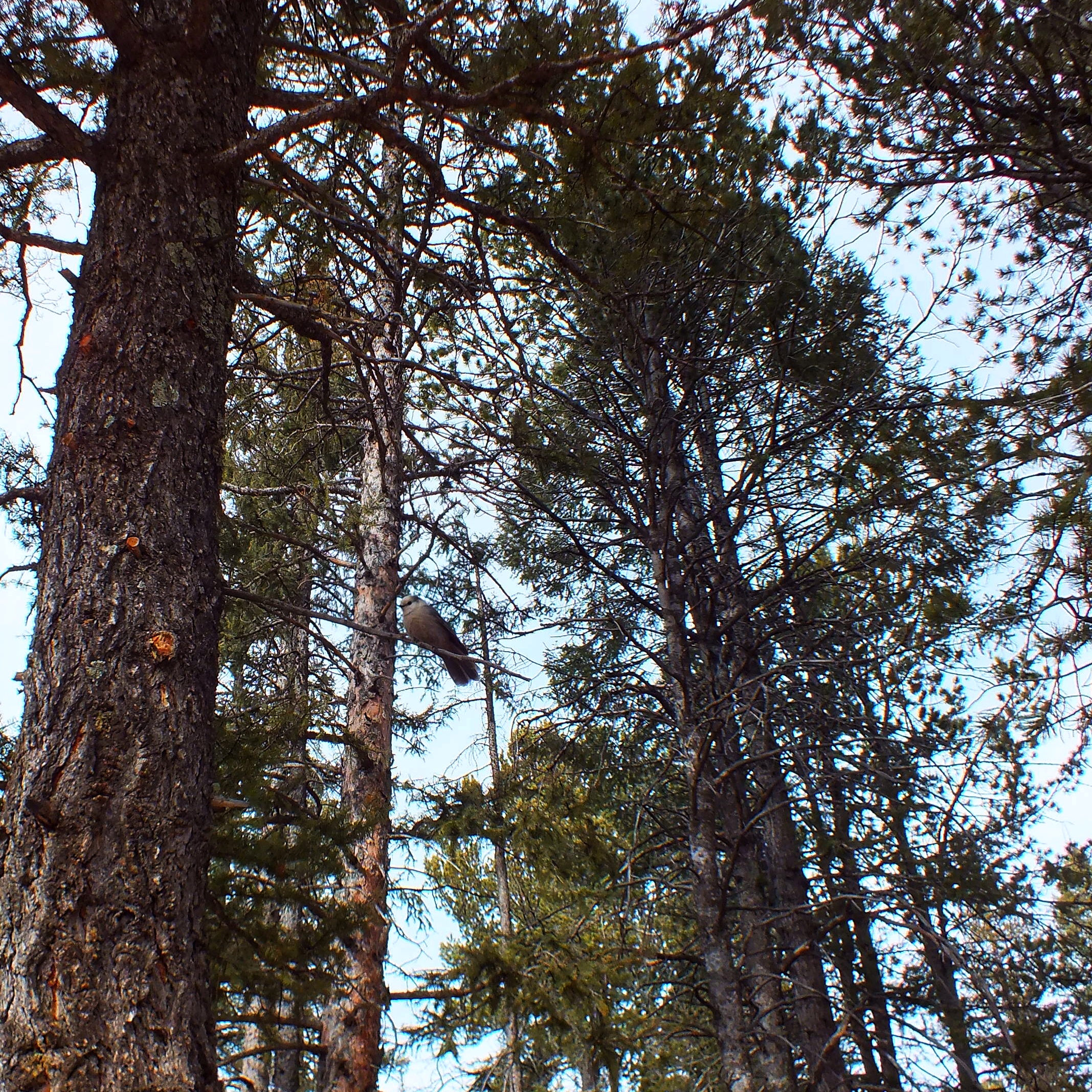 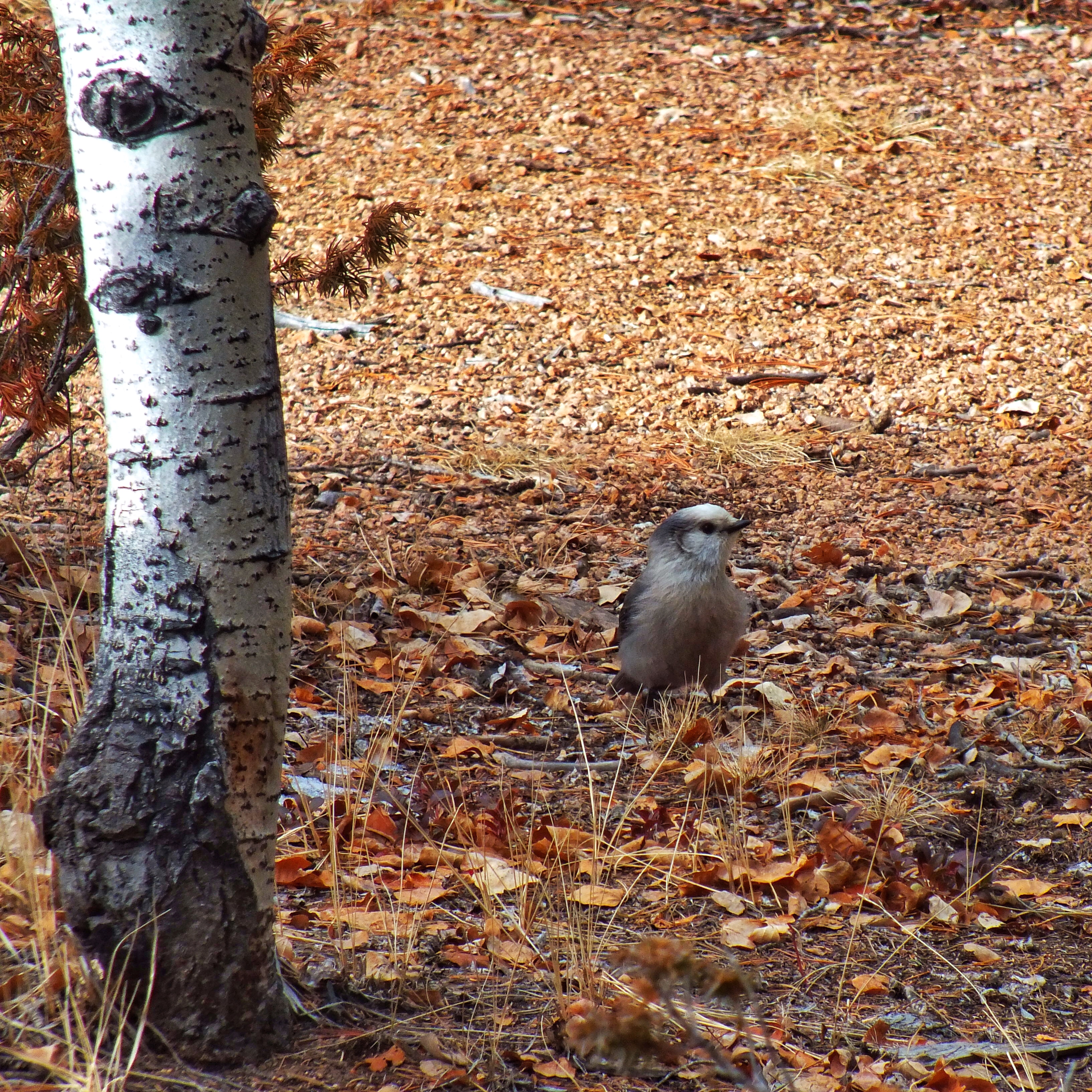 The trail ran along a ridge with long views of distant mountain ranges. 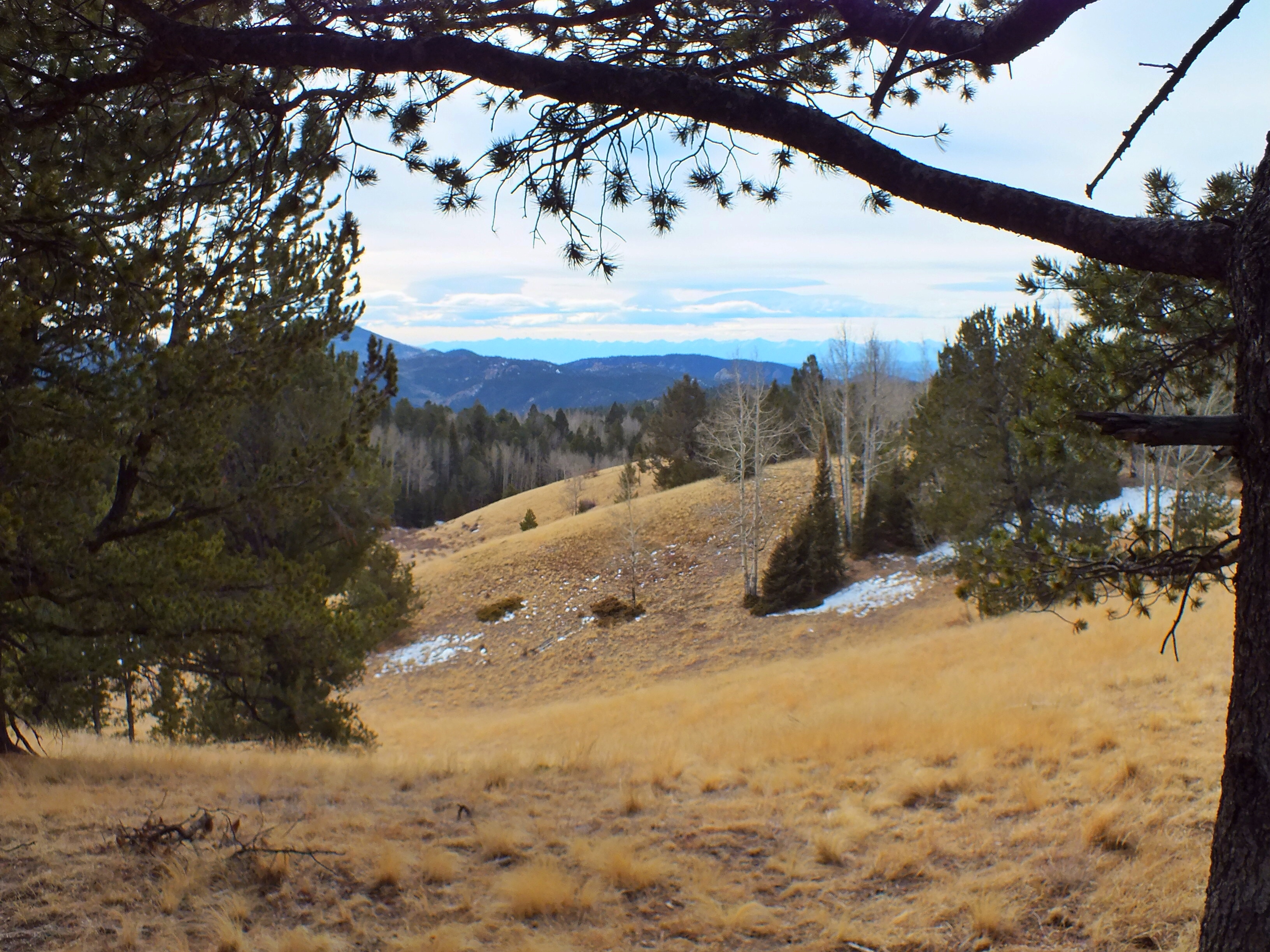 To the south, Pikes Peak dominated the horizon, but since I was already above 9,500 feet, it didn’t seem as high as it does from home. 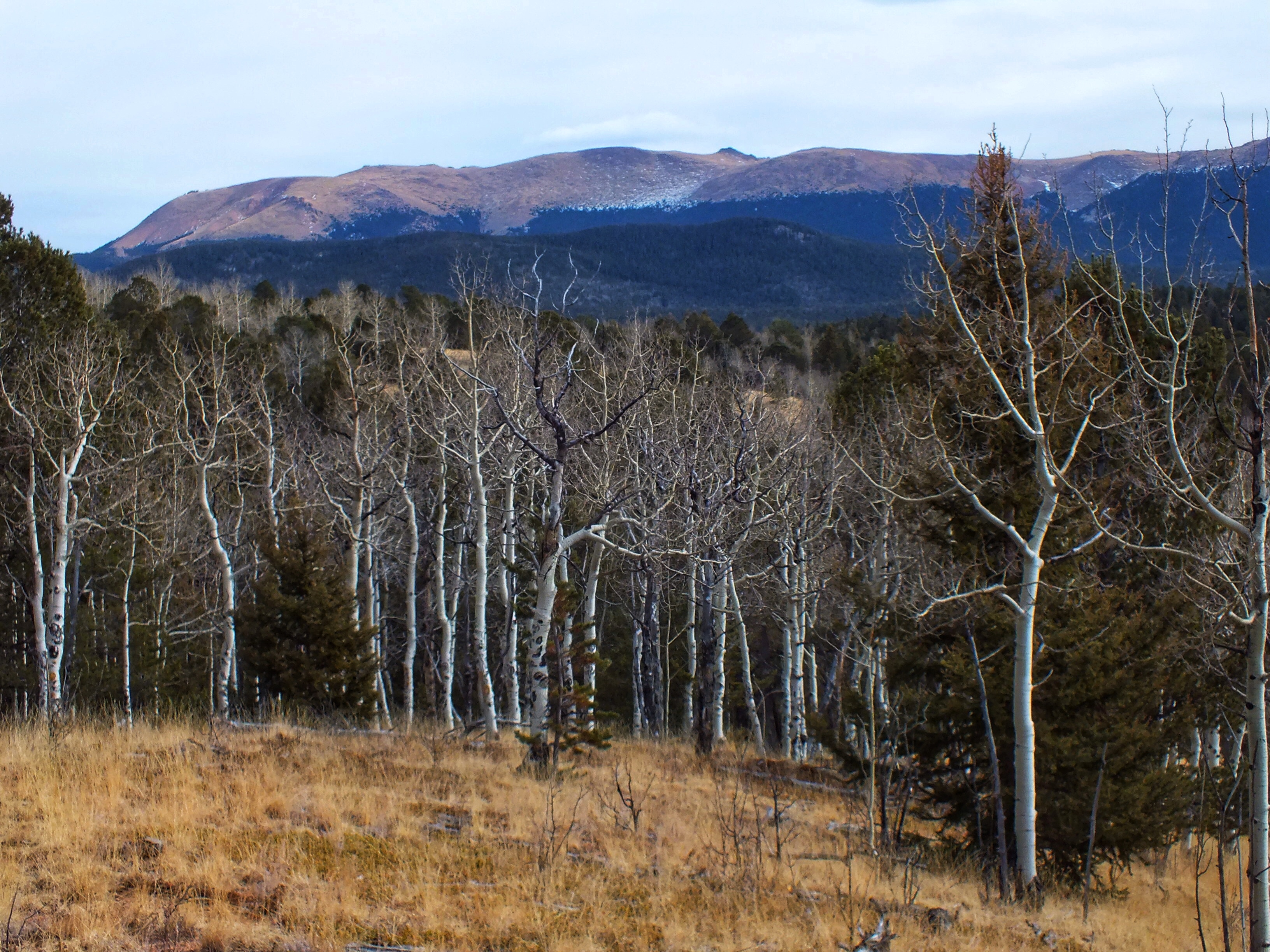 The side trails all led to rock outcroppings with amazing views. 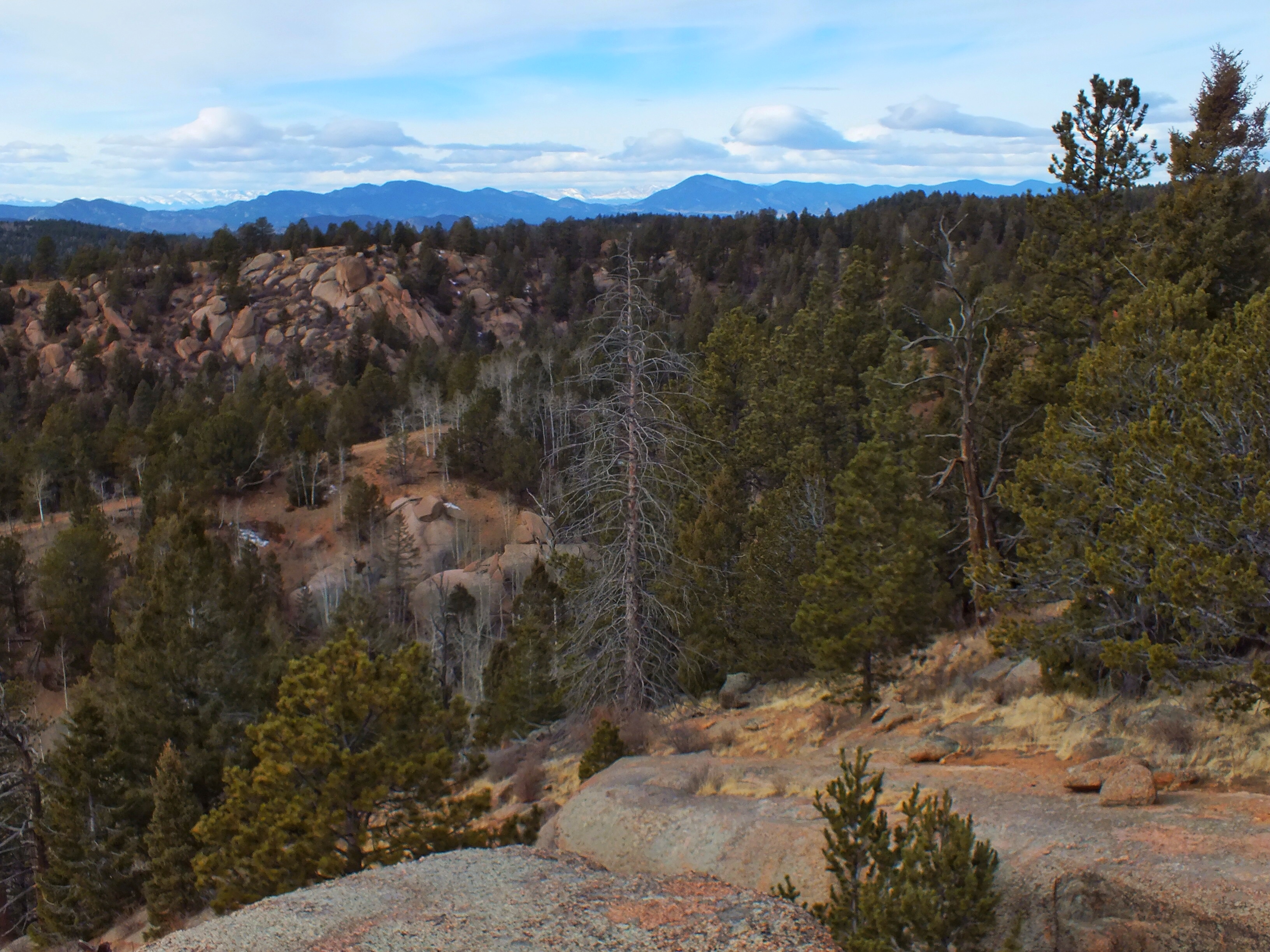 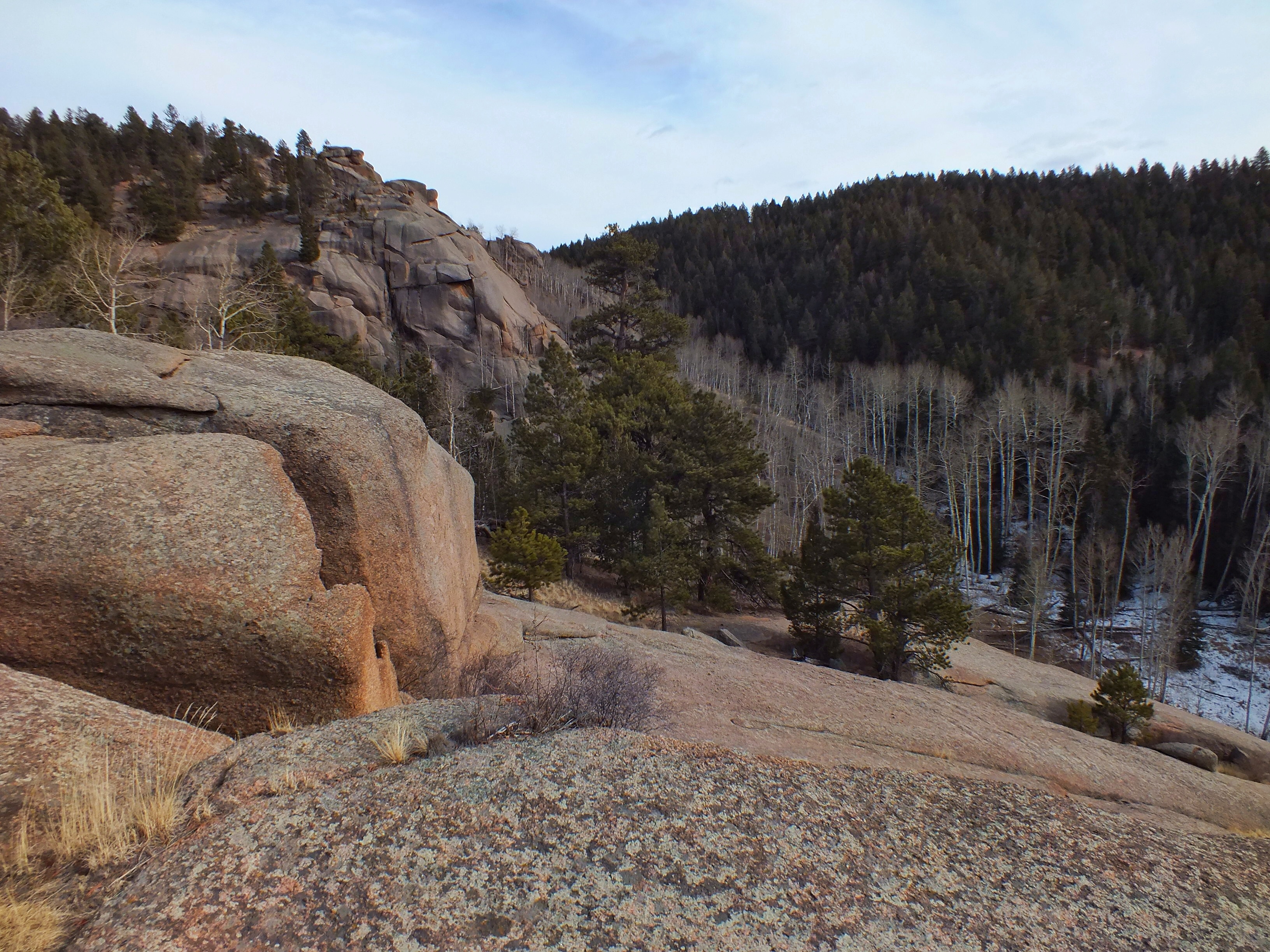 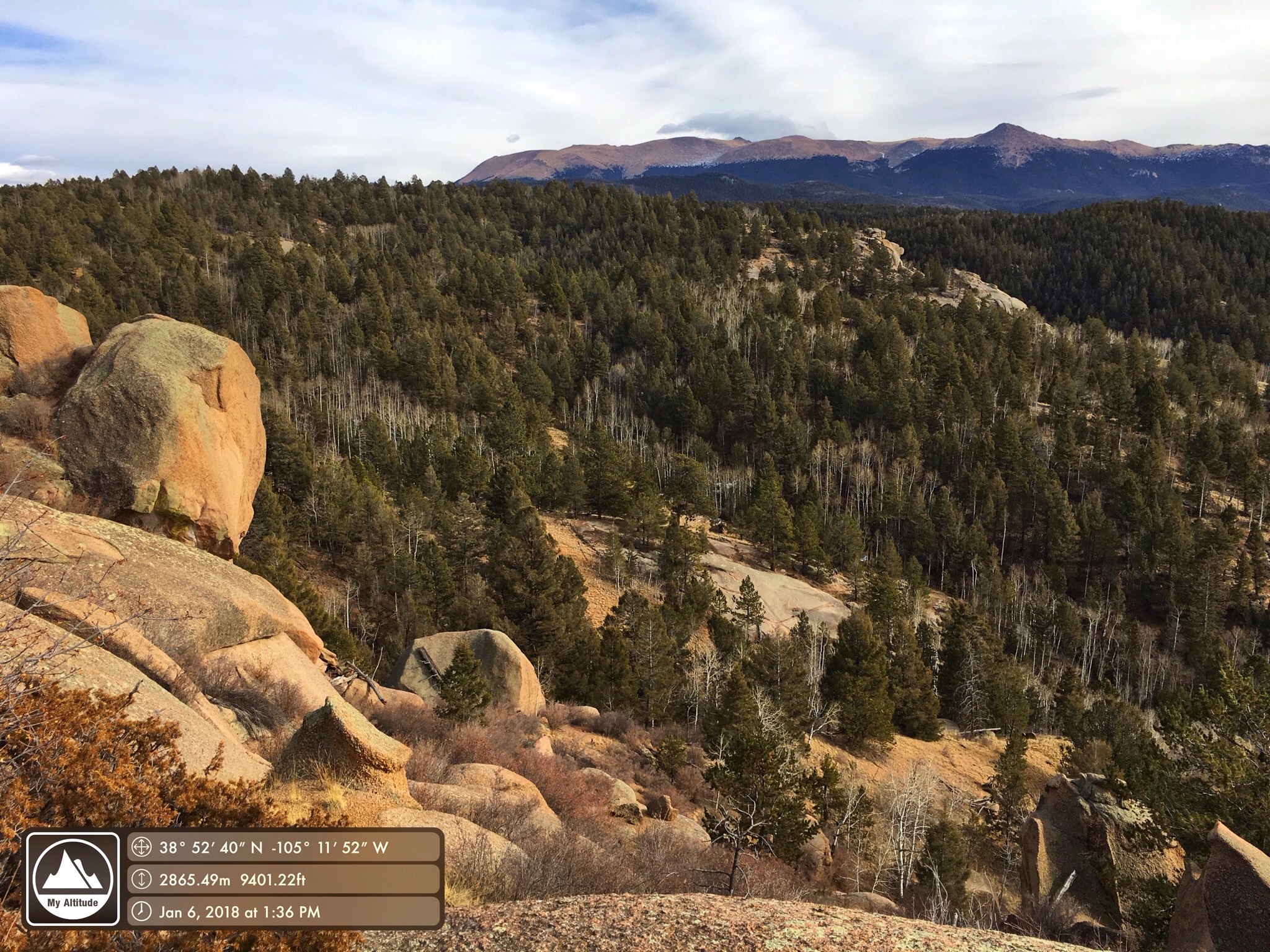 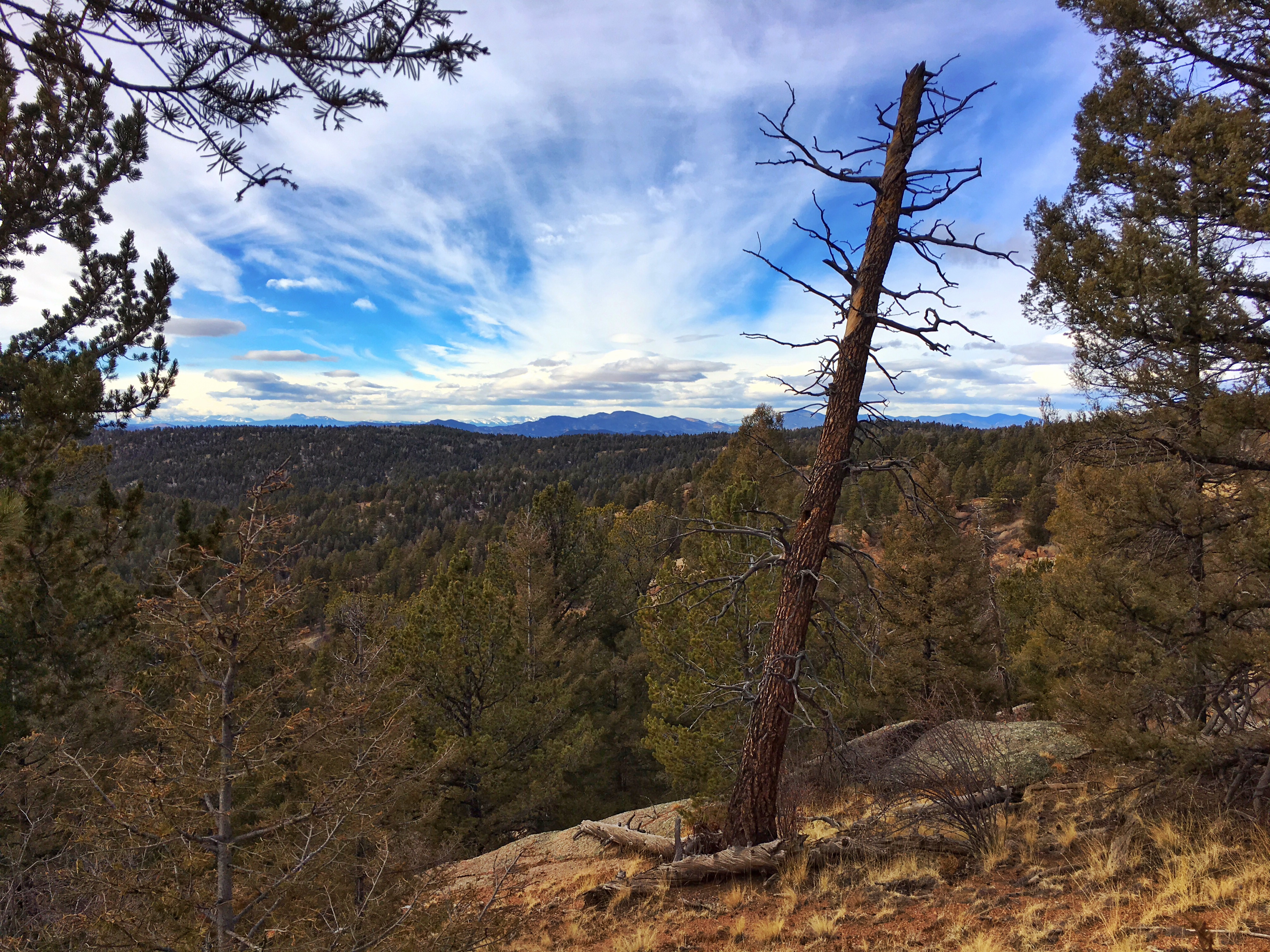 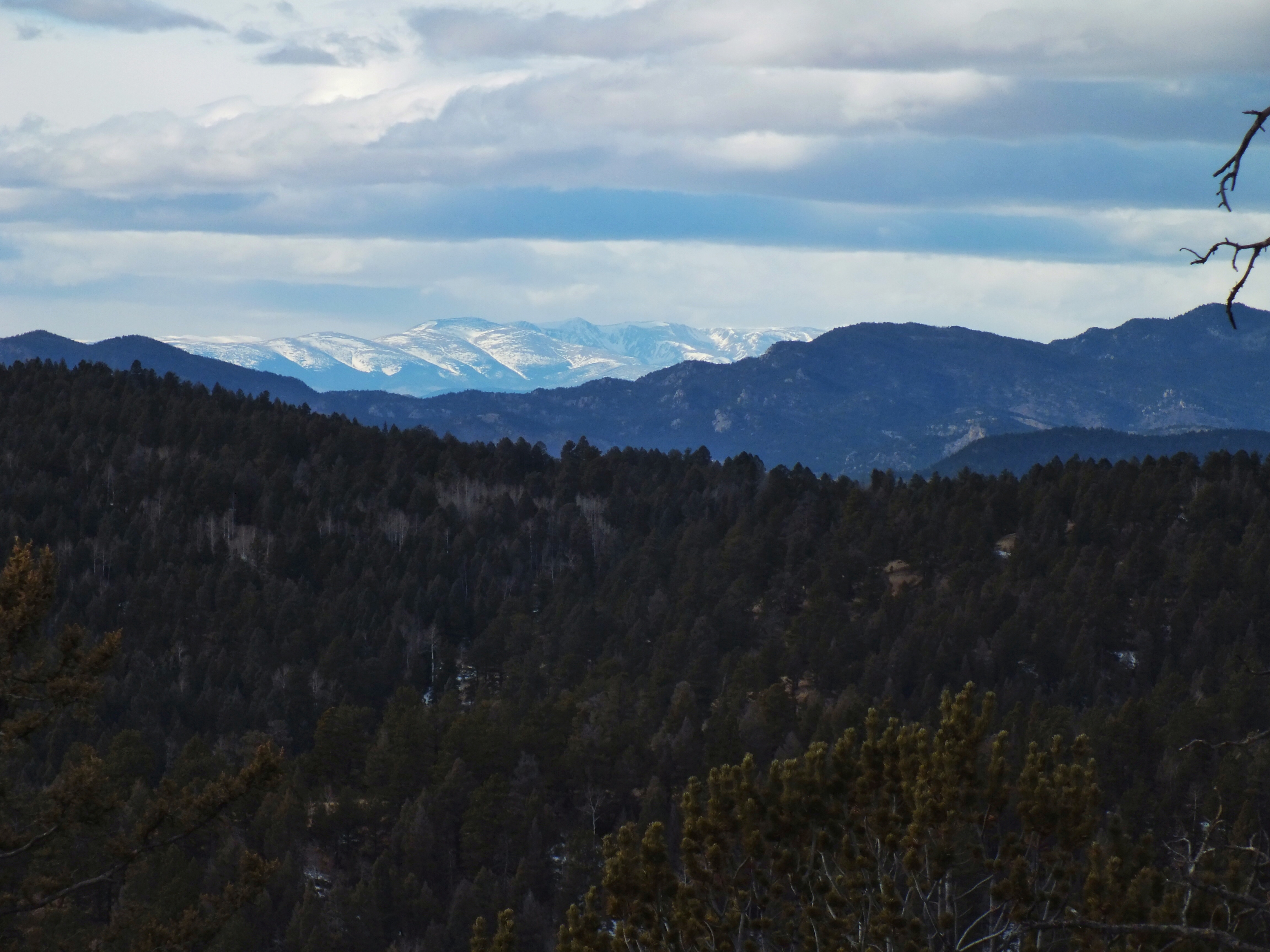 The trail dropped down off the ridge and ran through dense woods. 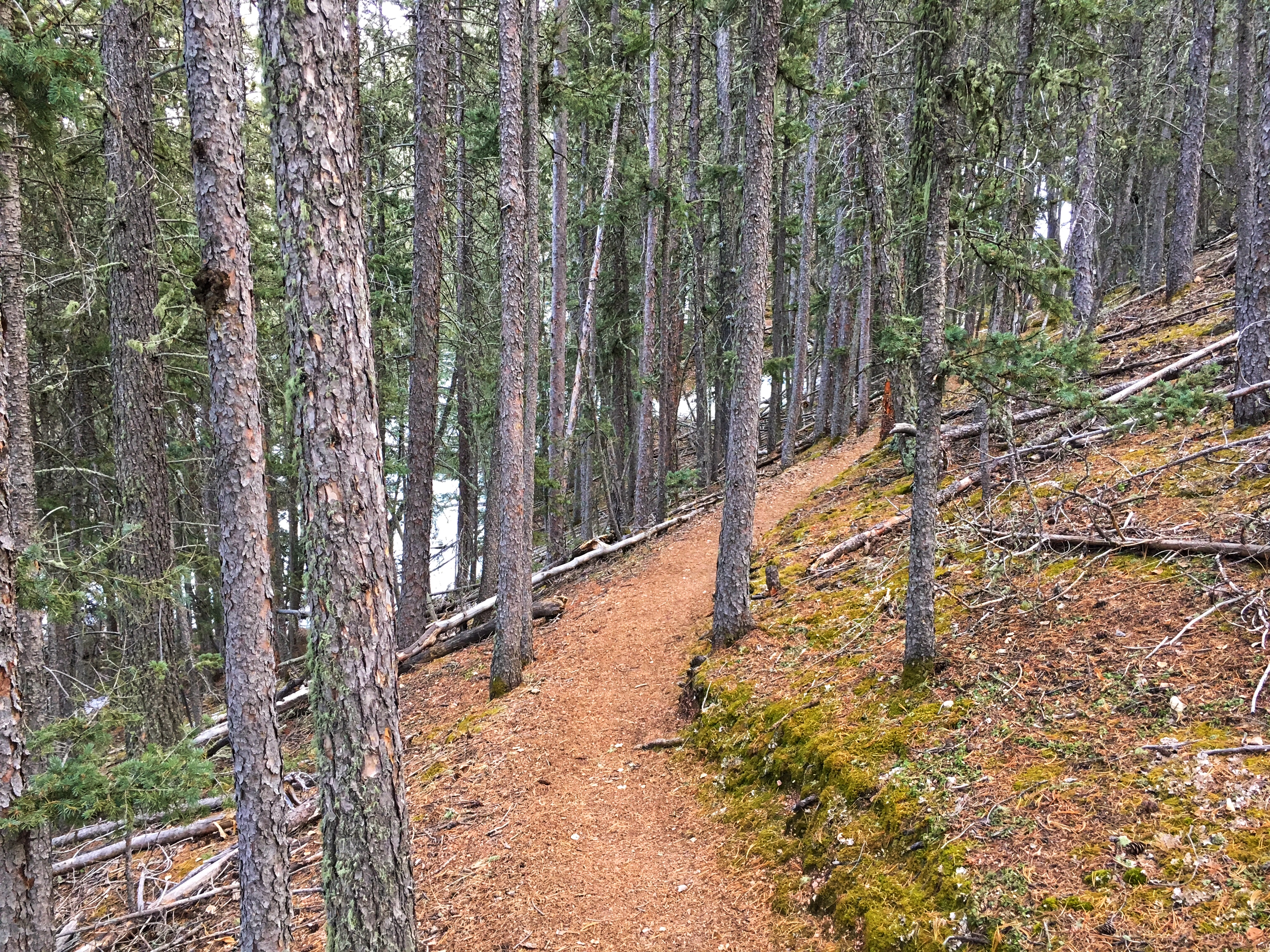 I stopped often to listen for birds, but there weren’t a lot around—nor did I expect there to be this time of year. I did track down four Steller’s Jays, a Hairy Woodpecker, and this male Three-toed Woodpecker. 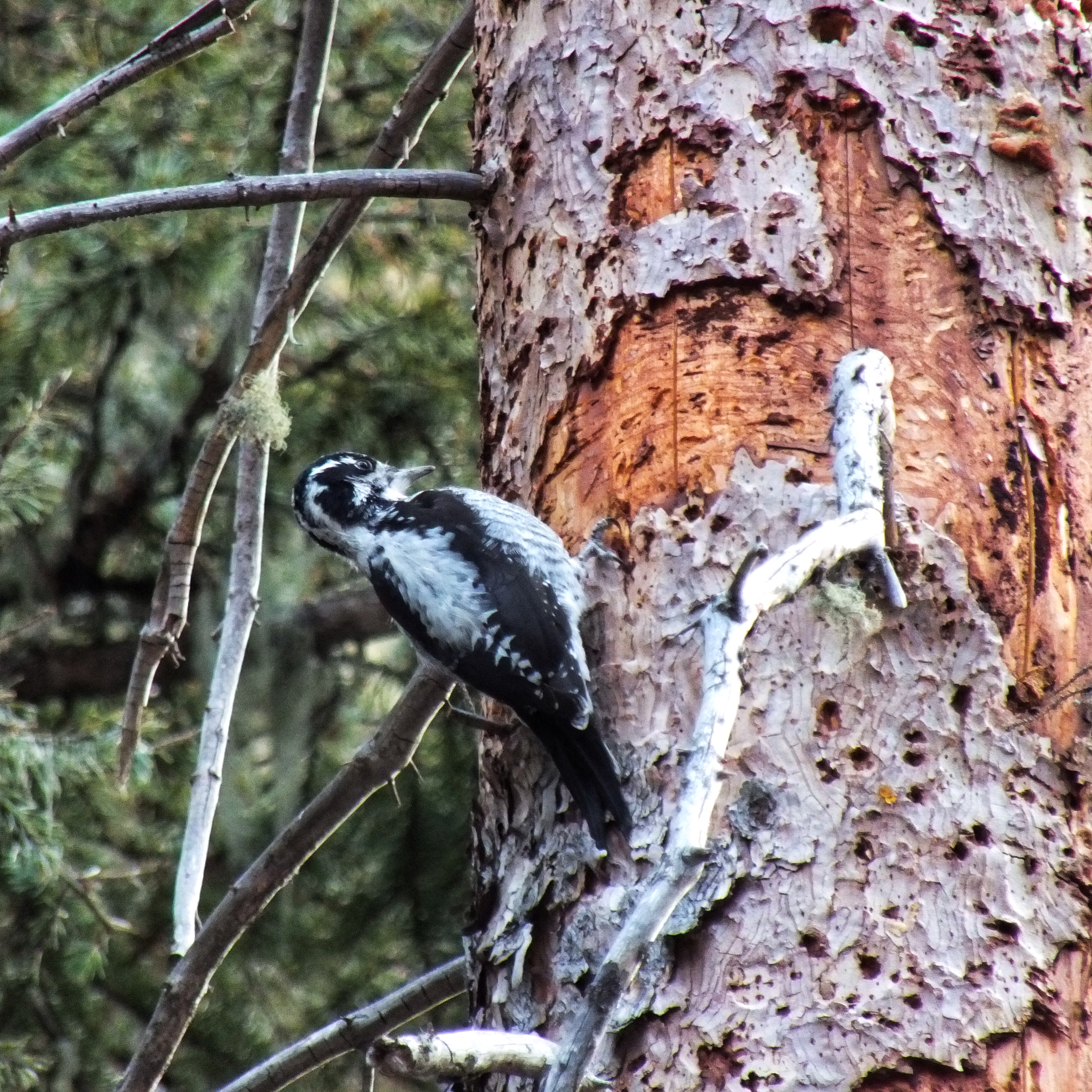 I had to pass under him and climb a hillside to get a shot that showed his small yellow crown. 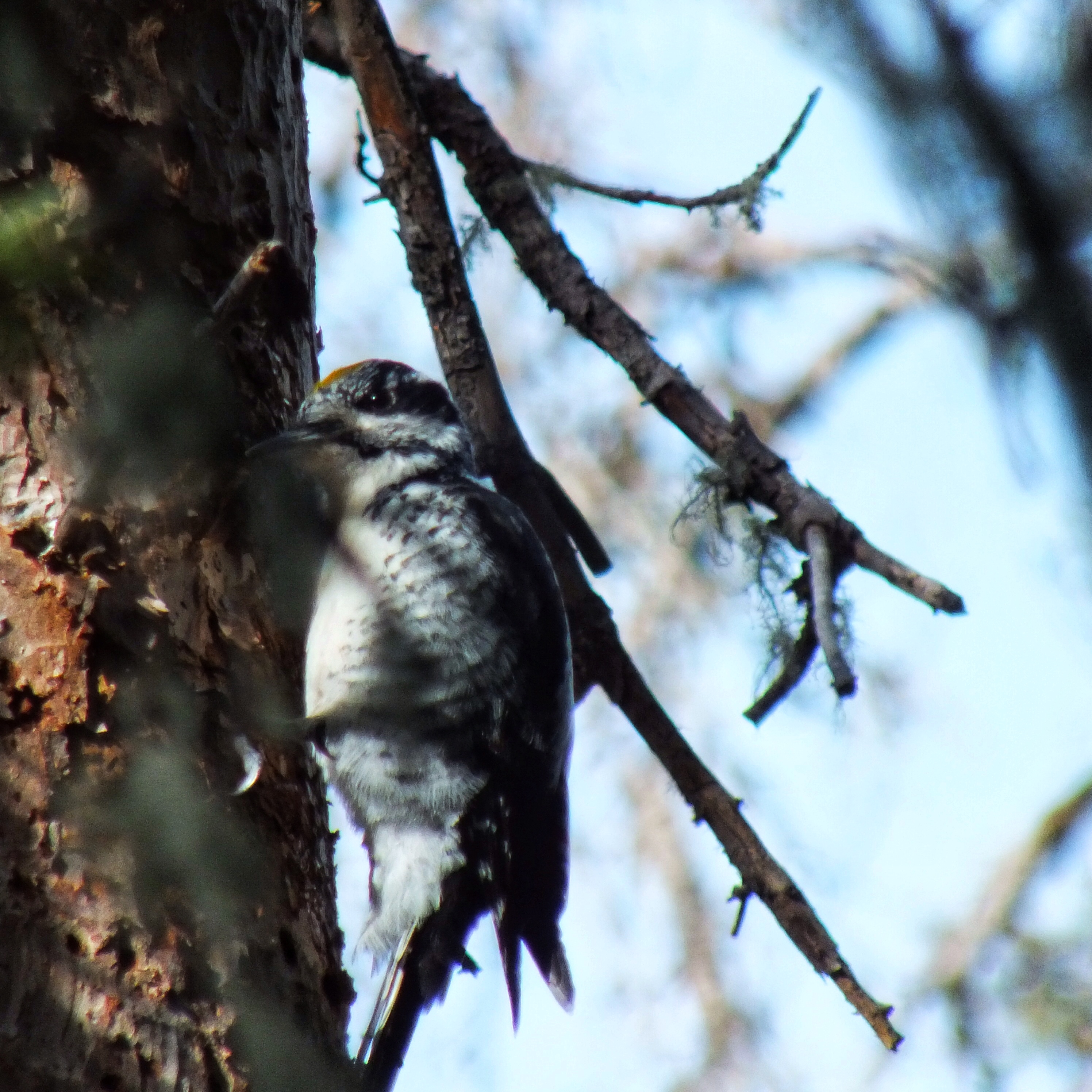 When I got back to the picnic area where I started, I called for the Gray Jay again. It took longer this time for it to come, but come it did. And I was ready this time. 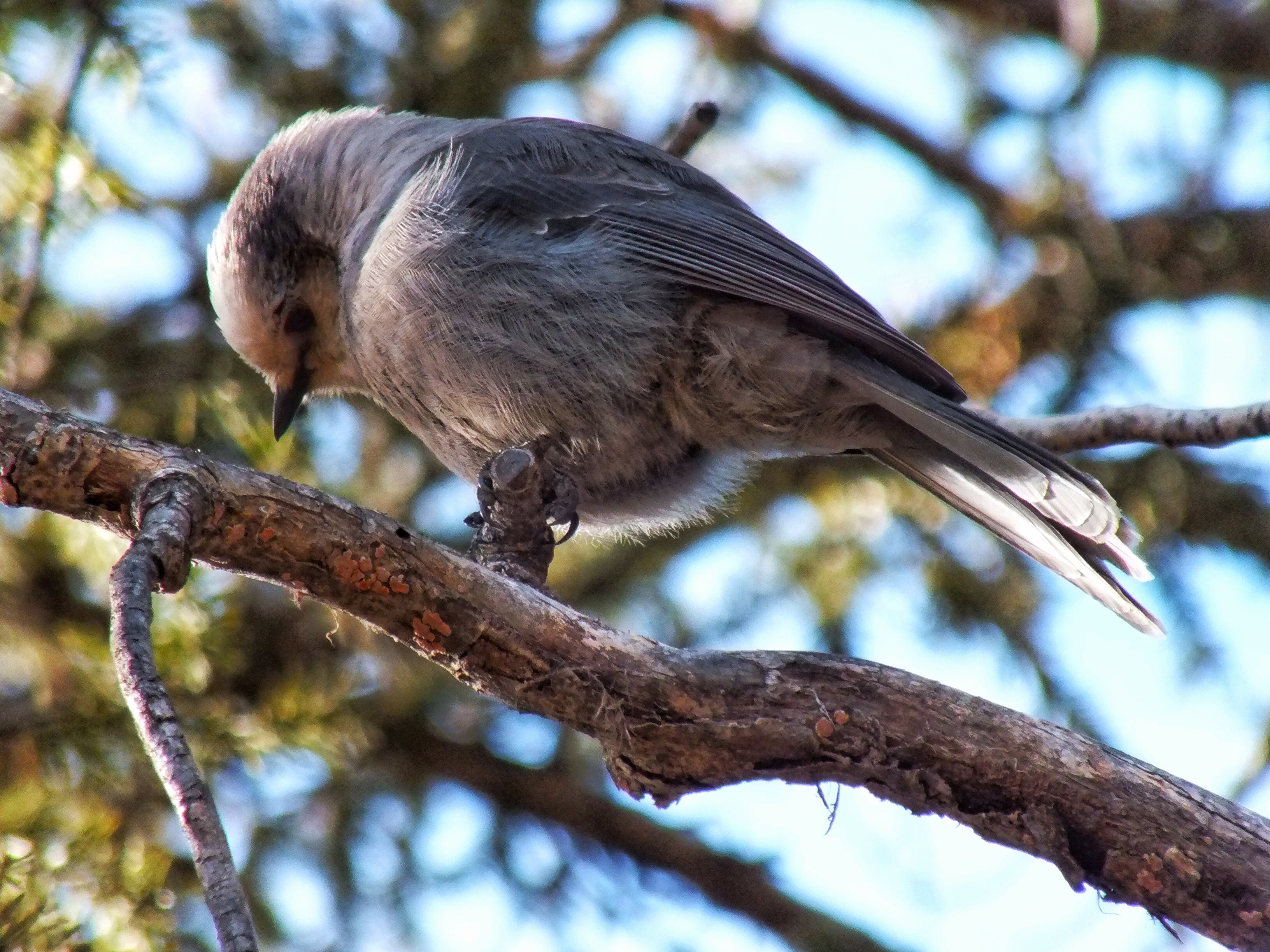 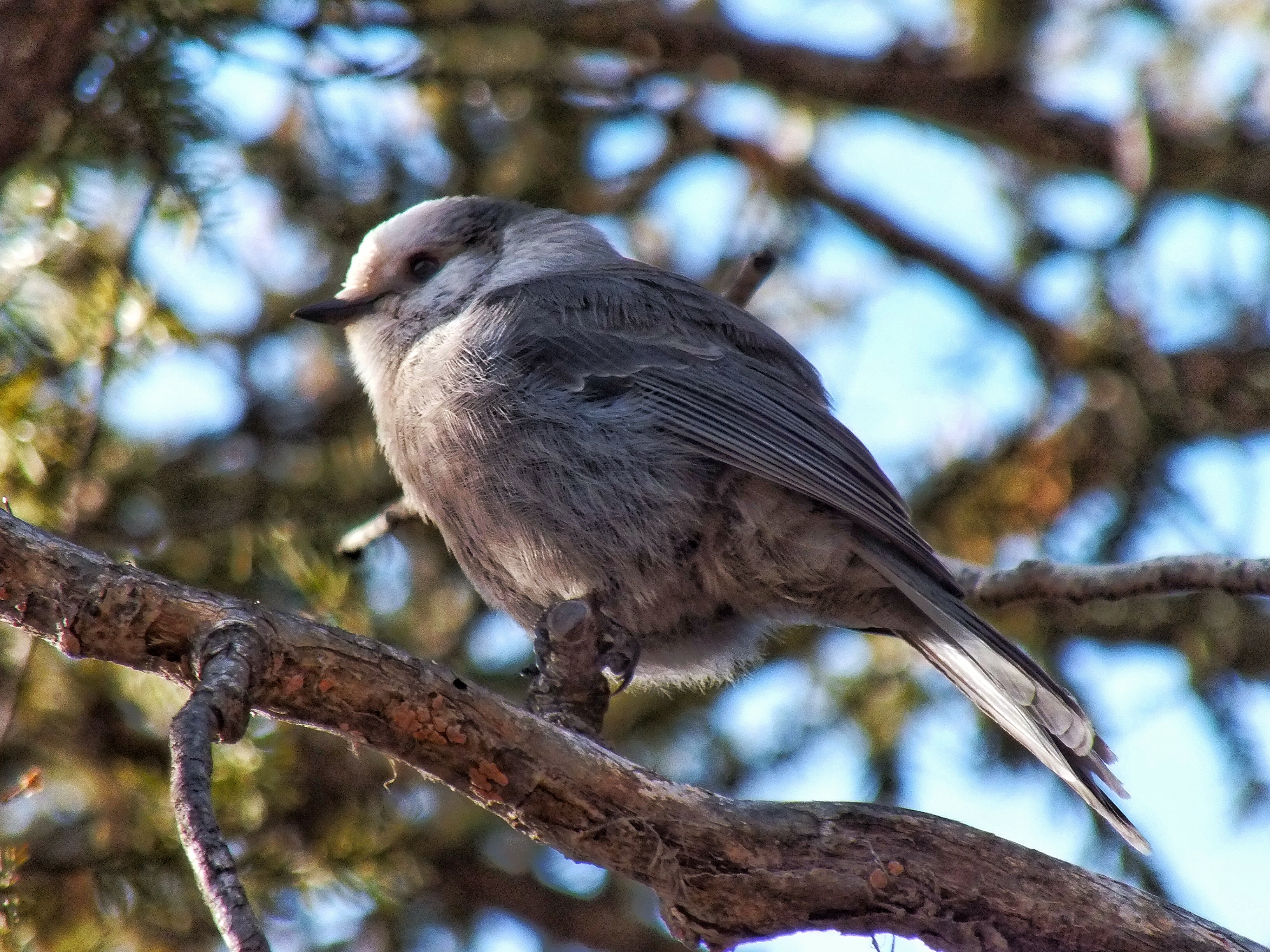 Mueller is a stunning park, and I will certainly return and check out some of the other trails. The hike wasn’t a piece of cake, with some steep hills made more challenging by the altitude, but it was very much worth the effort.